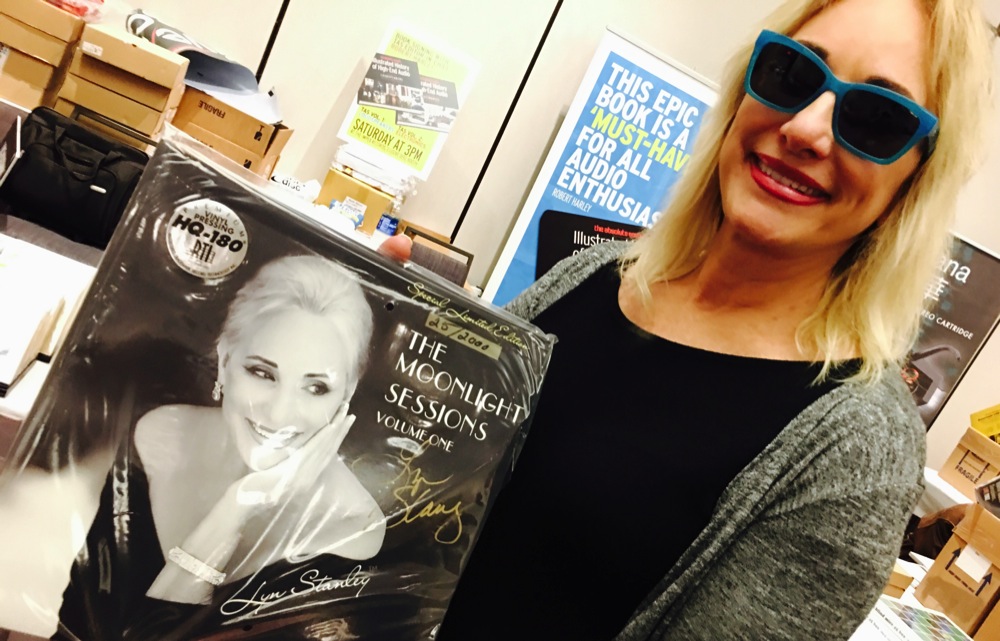 Audio shows can be a strange experience. No, I’m not talking about catching a frightening glimpse of yours truly, shakily down on all fours, getting a close-up photo of an XLR jack. I’m referring to sound.

For reasons that still are a mystery to me, at some events you practically are overwhelmed by the number of glorious systems. At others, you can go a whole day (or more) without getting your socks knocked off. I’ve wondered: Are the shows that seem to have very few awesome rigs the ones that suffer most from hotel bugaboos, such as challenging acoustics and sketchy power? Or, is this a jaded-writer thing caused by exhibitors coping so well that many of the systems sound great, making it harder for one or two to stand out? I tend to discount theory No. 2. If that were the case, I still think even the most ear-weary audio reviewer would recognize great sound when he or she heard it. 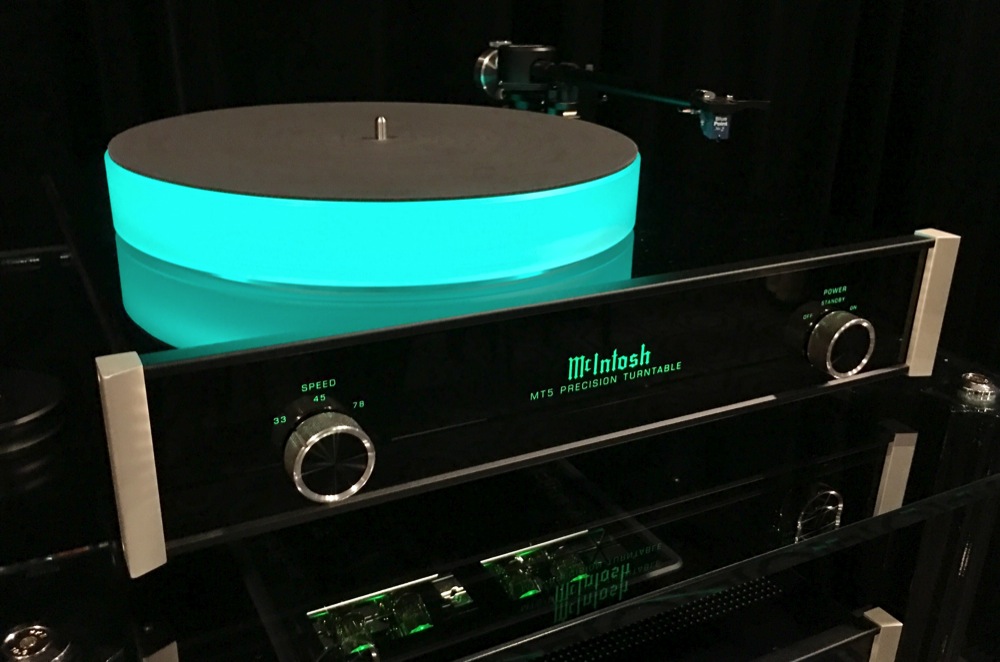 Then, there’s the other kind of show – one that is somewhat rare – where there are so many systems that unquestionably sound terrific, not the same, of course, but each wonderful in some way, that it’s difficult to pick a favourite. System A was impossibly lush, System B had a midrange to die for, System C imaged like crazy…

That’s mentally where I found myself after looking at my notes and scanning my 26 full-length room reports on the 2017 Los Angeles Audio Show. This first-year event may have had some issues here and there, but there was one area where it delivered: listening.

From day one, I was not a fan of the Sheraton Gateway Hotel. It was a very comfortable place to hang out and sleep, but its layout was ill-suited to getting from one exhibitor room to another. Halls branched out in all directions from elevators and proceeded to stretch long distances. Signage was lacking. I felt sorry for some of the companies that had excellent displays, but were stuck at the end of a hallway. 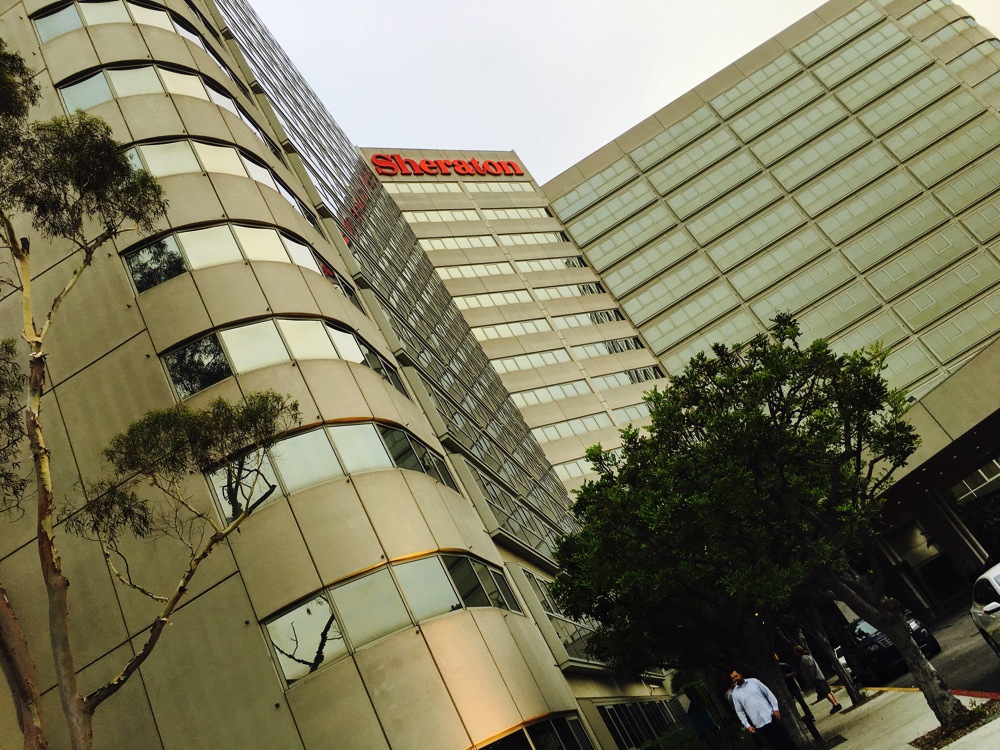 Yet, once you found those rooms, there was much great music to be heard. It may be that the construction of the Sheraton was more sound-friendly than some other venues, but, then again, I doubt it.

I think a lot of the credit probably should go to the exhibitors themselves. In the last couple of years, audio shows have become a more important undertaking for many. With fewer brick-and-mortar stores, shows are an extremely valuable opportunity for companies to showcase their wares, meet potential customers and build their brand. Many seem to be taking this very seriously.

I am noticing more exhibitors arriving early to set up, tweak and burn-in their systems. Many bring acoustic treatments for the rooms. Sophisticated power conditioners have become de rigueur. There’s even a side business springing up for consultants to come in and do elaborate room measurements. 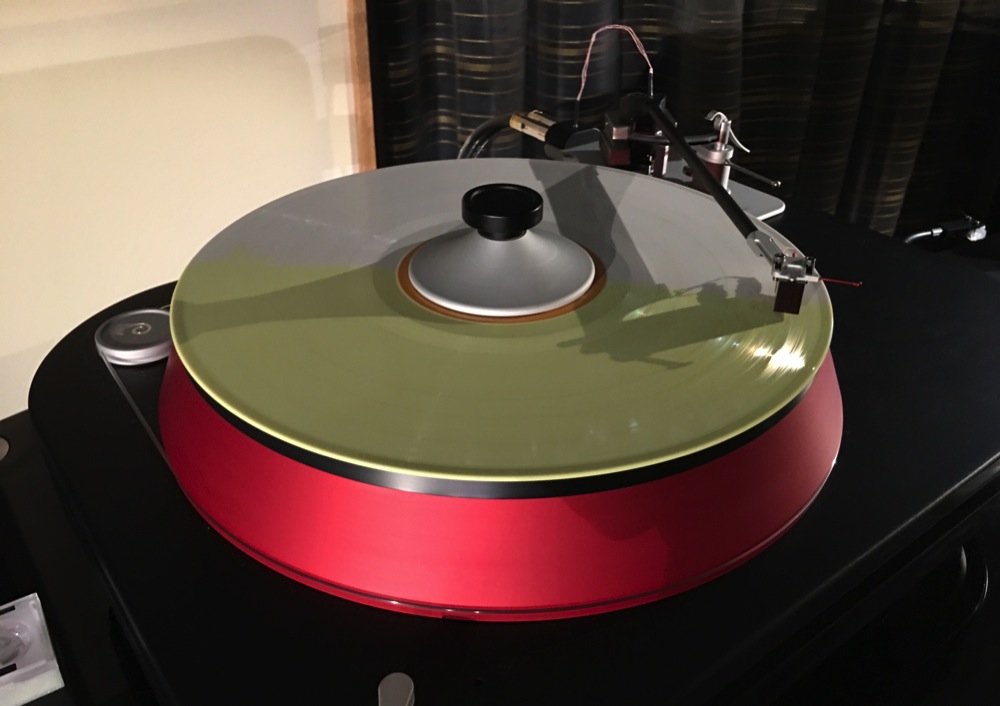 It’s a big commitment for many firms to attend a show. There’s the exhibit fee, equipment packing and shipping costs, travel, lodging and food. Personnel have to be away from the home base. The costs are substantial. One small retailer told me he spent $8,000 on the LA show.

Also, consider that not too many years ago there was basically the annual Consumer Electronics Show in January and the Rocky Mountain Audio Fest in October. Compare that to 2017’s seven major national events (including three in California) and at least two strong regional meetings all spread throughout the year. (Meanwhile, CES has faded as a primary high-end destination, although some firms still attend, adding another expense).

So, that brings me back to LAAS 2017. While I didn’t enjoy getting lost indoors on an hourly basis, I did hear a lot of great sound and I had some fascinating chats with the people who made or brought the equipment that was responsible. (If you missed any of those, please visit the Part-Time Audiophile archives.)

My first audio show was an event in 1992 sponsored by Stereophile (also in Los Angeles). Since then, I’ve lost count of how many I’ve attended, but I think it’s safe to say I’ve never seen so many committed entrepreneurs – especially the mom-and-pop firms and other boutique outfits – achieving such good reproduction.

Even though all hi-fi boats are floating a bit higher these days, there still are some leaving a slightly bigger wake than others. So, after much consideration, here are my picks for LAAS 2017. 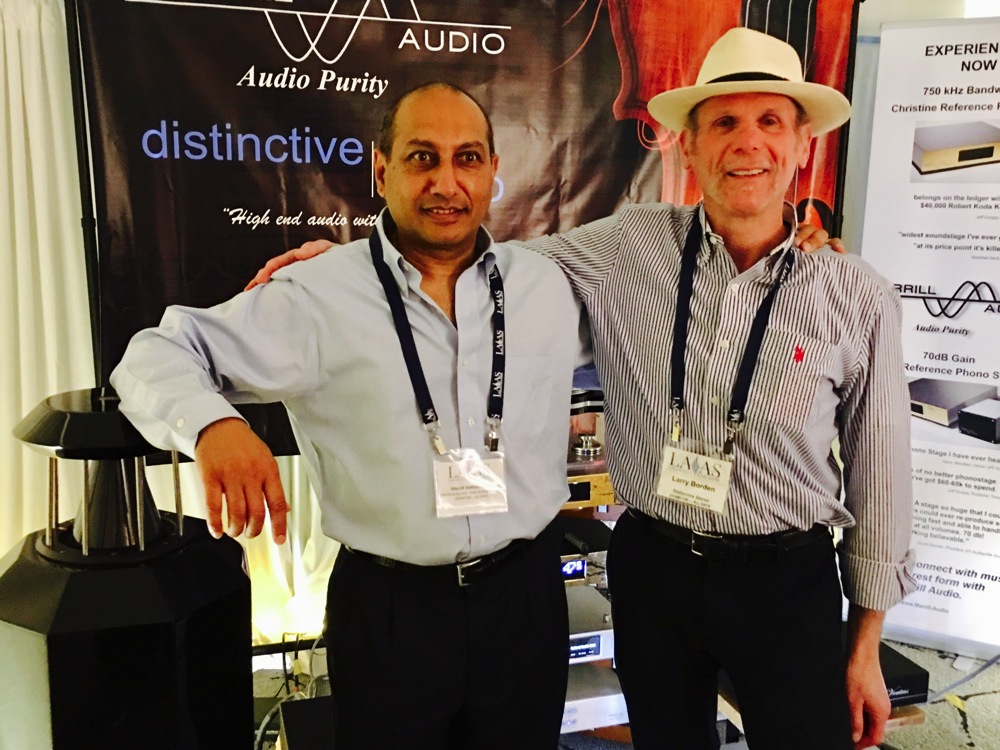 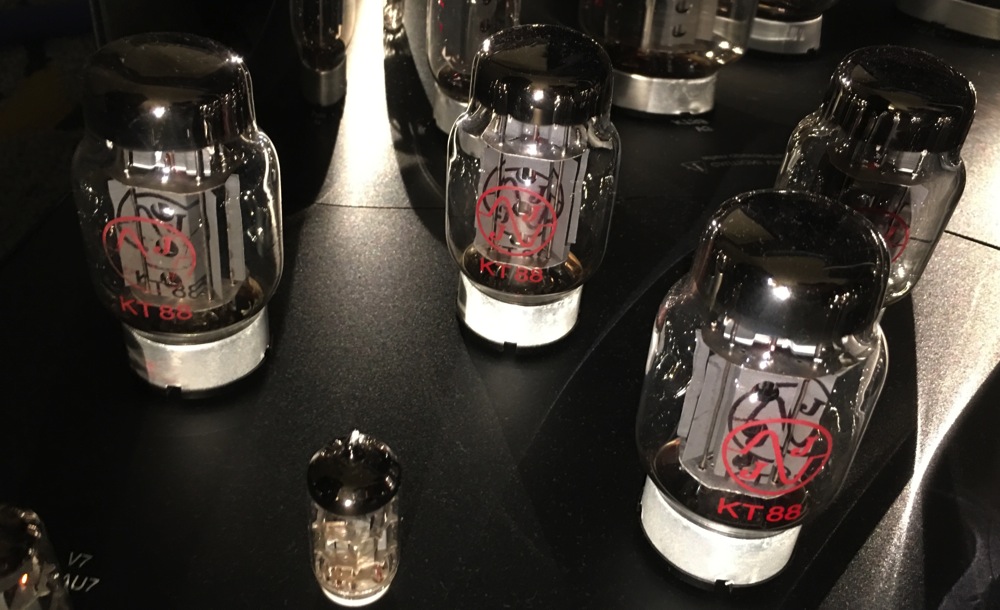 — Vinnie Rossi/Spatial Audio: Rossie’s LIO Super Integrated amp ($11,880 USD as shown in LA) and Clayton Shaw’s new floor-standing X1 open-baffle speakers ($14,000/pair USD with a painted finish or $17,500 in wood veneer) sounded like they were made for each other – because they were. 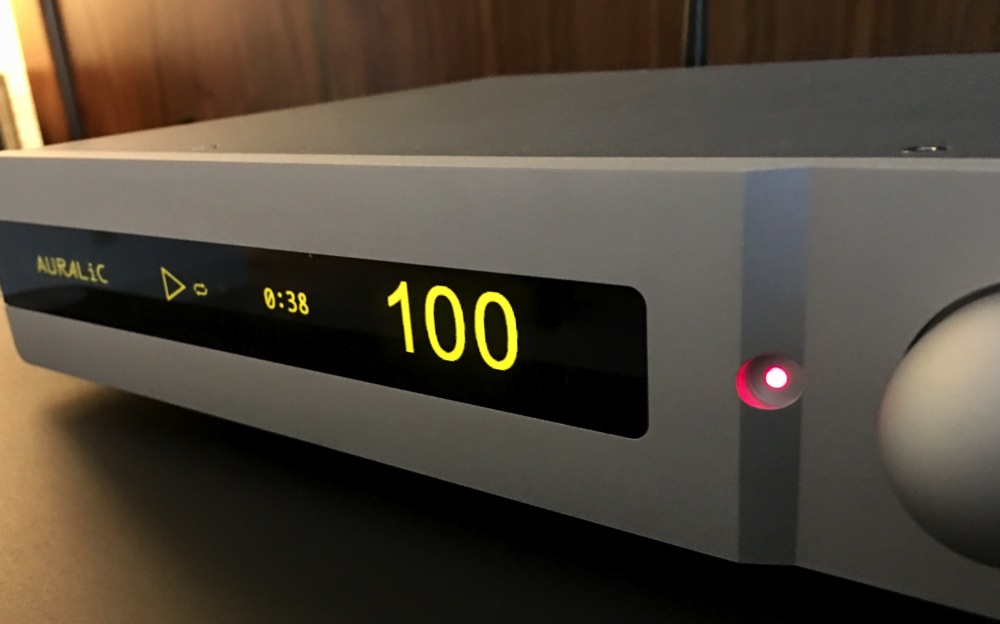 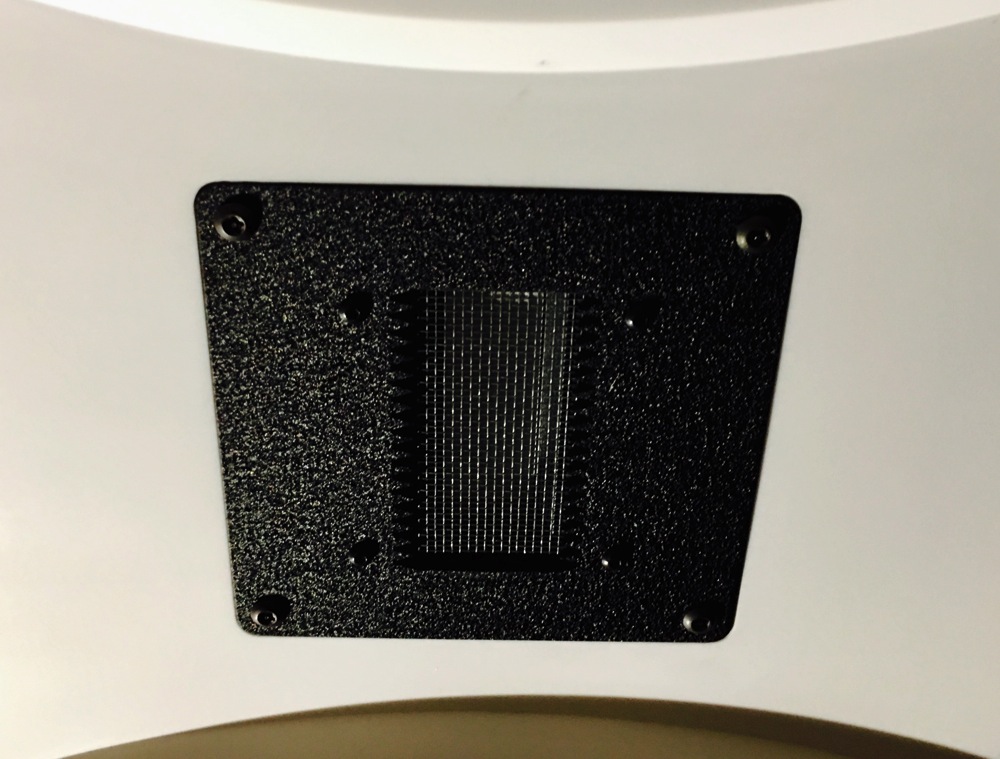 Most fascinating new product: The Mag-Lev Audio turntable, which sports a platter that floats on a magnetic field. The $1,500 USD unit ships next year. Not sure what it will sound like, but you definitely could use it to entertain the cat for hours.

Got dragged over to the Auralic demo in CanJam, for a chance to listen to the new Gemini 2000 “headphone dock”. Auralic essentially replaced the base on a Klutz Dedign stand with a dedicated head-amp/DAC. […]

It appears 2018 is going to be another hectic year for U.S. audio shows. One California event that was postponed last year is set to return — less than a week before another major show […]

The Best Floorstanding Speakers [Editor’s note: Welcome to the Part-Time Audiophile Buyers Guide for 2021! This year we decided to mix it up a little by breaking up the Buyers Guide into sections, which makes […]