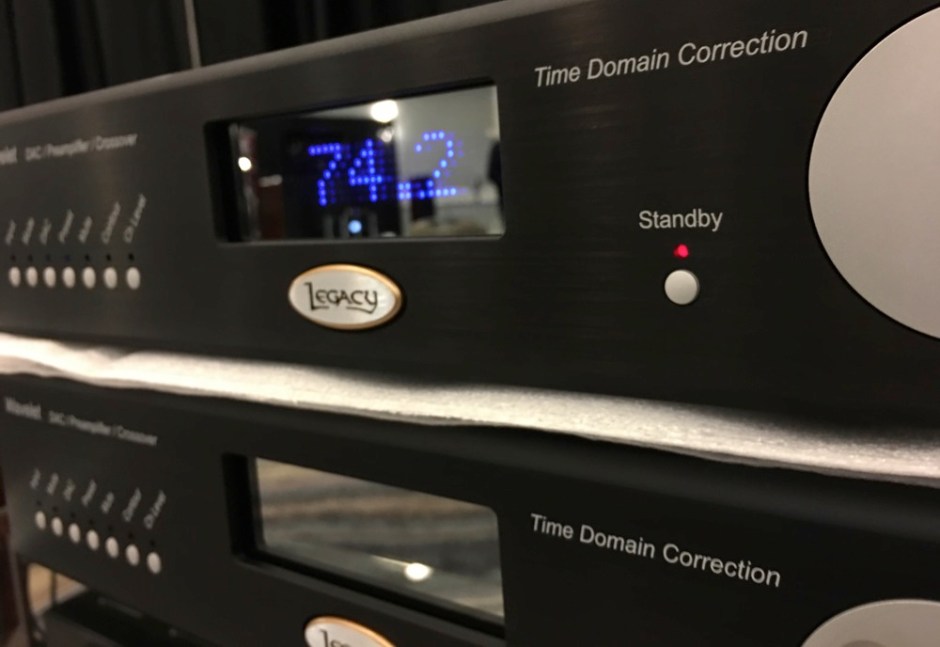 Stereophonic sound has been around for more than 85 years, but over the last few decades many of the attempts to better retrieve what’s in those two channels have yielded mostly incremental improvements. A new technology developed by Legacy Audio, however, is aimed at the aural equivalent of making the jump to light speed.

Legacy is unveiling its new software, called Stereo Unfold Technology (which we’ll call SUT), at the Rocky Mountain Audio Fest. The show starts today in Denver and runs through Sunday, but I snuck into the Legacy room Thursday night and made a pest of myself until the company’s president and chief designer, Bill Dudleston, gave me a demo.

It actually didn’t take too much arm-twisting. Once Dudleston got going on SUT it was difficult to stop him. 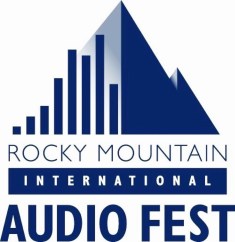 Dudleston has incorporated SUT into Legacy’s Wavelet, a preamp/DAC/electronic crossover that already offered room correction. SUT isn’t more of that, it’s something else altogether. What exactly? Let’s let Dudleston explain.

“Stereo Unfold Technology is based on trying to get all the information we can off the records, no matter how old they are and how they were recorded,” he told me.

“The original idea with stereo, as it was developed in the 1930s by British engineer Alan Blumlein at EMI, was to encode sound in such a way that you could get it back, with a phantom center channel and spatial cues coming from the left and right speakers. And, Blumlein was trying to do all this with a phonograph that had one groove.”

Audio equipment makers have grown more successful in being able to create this illusion, but Dudleston felt there still were some significant bugaboos holding stereo back from being a truly accurate portrayal of a performance.

“If you look at a graph of playback, there’s the pulse (music) followed by about three reflections from the listening room. Then, there’s the first reflection from the concert hall or studio. Those listening-room reflections are overriding and smearing the actual sound of the original hall and the instruments,” he said. 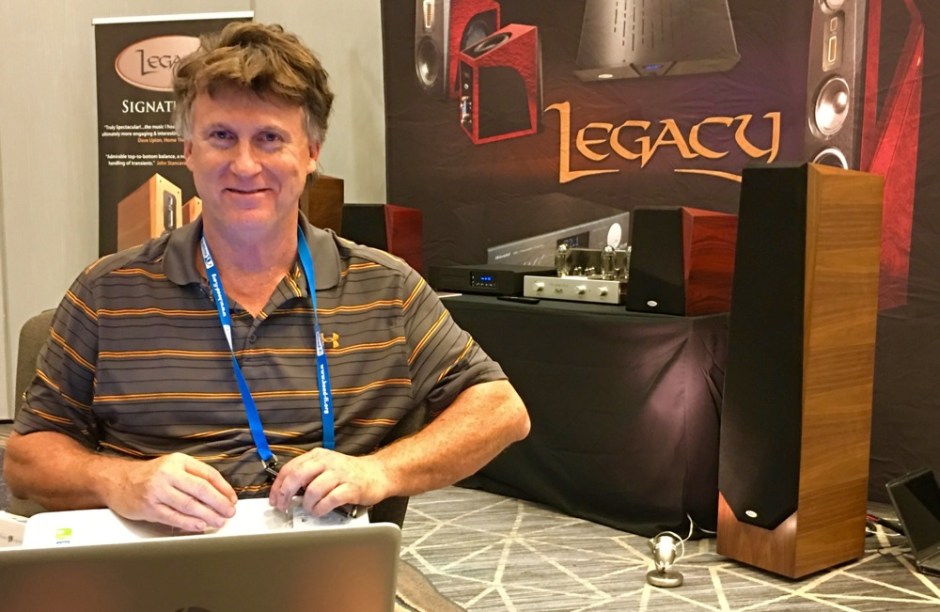 “So, what we’re doing, to put it simply, is cleaning up the early reflections, identifying the original ambient studio information and directing that energy to the listener with the proper timing,” Dudleston said.

The engineer considers SUT to be “speaker correction,” which works in tandem with Legacy’s existing room correction software. A microphone (provided) is used in setup, and Legacy offers help via Skype if a buyer requires.

Dudleston played me several tracks to demonstrate the SUT effect. And, rather than just selecting a couple of the usual sonic spectaculars, he cued up a broad mix of old and newer recordings, covering pop, rock, blues, opera and Americana. 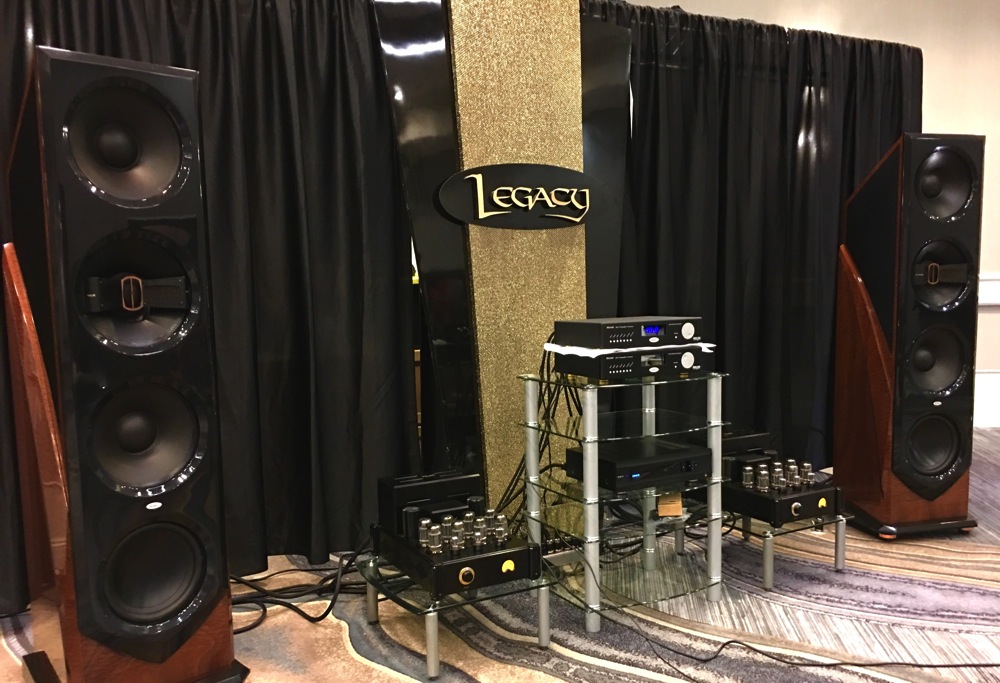 The first selection was Harry Belafonte’s cover of Lead Belly’s “Cotton Fields,” taped in 1959 at Carnegie Hall. Without the SUT, the RCA Victor Living Stereo recording sounded fine. Engaging the Legacy processing, however, immediately made the singer’s voice richer and more full-bodied, while the hall around him bloomed with new depth and spaciousness.

Next came a classic recording of Elvis Presley singing “Fever.” Again, without SUT, the King sounded good, but after processing, his voice subjectively had better timber, power and immediacy. The drums also packed a bigger wallop, and the upright bass was more tuneful. Perhaps most amazingly, what sounded like one person snapping his or her fingers now could be heard as two separate snappers. It was a remarkable difference.

On all those songs, as well as equally impressive opera and folk selections, SUT seemed to do more than just correct ambience cues and bring performers into focus. It also clearly improved rhythm and pace, which Dudleston said is due to those signals arriving in the correct time domain, unhindered by room reflections. SUT also created images that were life-size, and separated in space across a wide, deep soundstage. 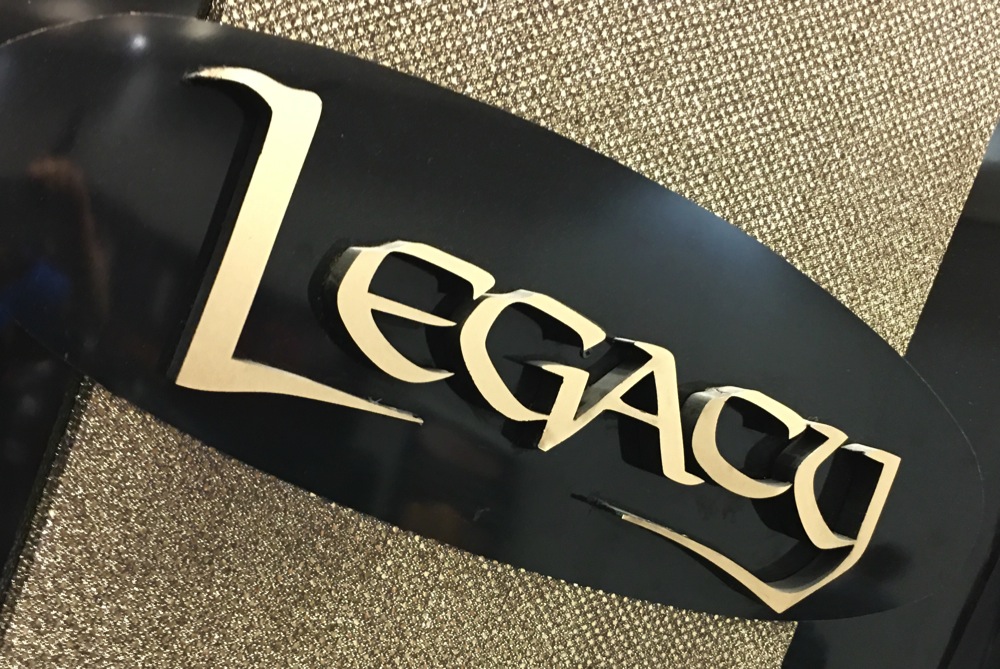 Overall, it was a stunning demo for the new technology. Dudleston has started shipping a few SUT-equipped Wavelets to existing customers. Right now, SUT is set up to be paired with Legacy’s new Valor speaker system, but by spring Dudleston will have the processing software ready to work with any Legacy model or speakers from other manufacturers. He might even license the technology.

Owners of existing Wavelets can upgrade, and Dudleston said he intends new Wavelets with SUT to be future-proof.

“What you’re buying, really, is our R&D program. Everything in the Wavelet can be changed out as technology advances — the computer, the DACs, even the back panel,” he said.

Dudleston still is mulling the exact upcharge for the SUT option. Right now, the Wavelet with room correction runs about five grand. 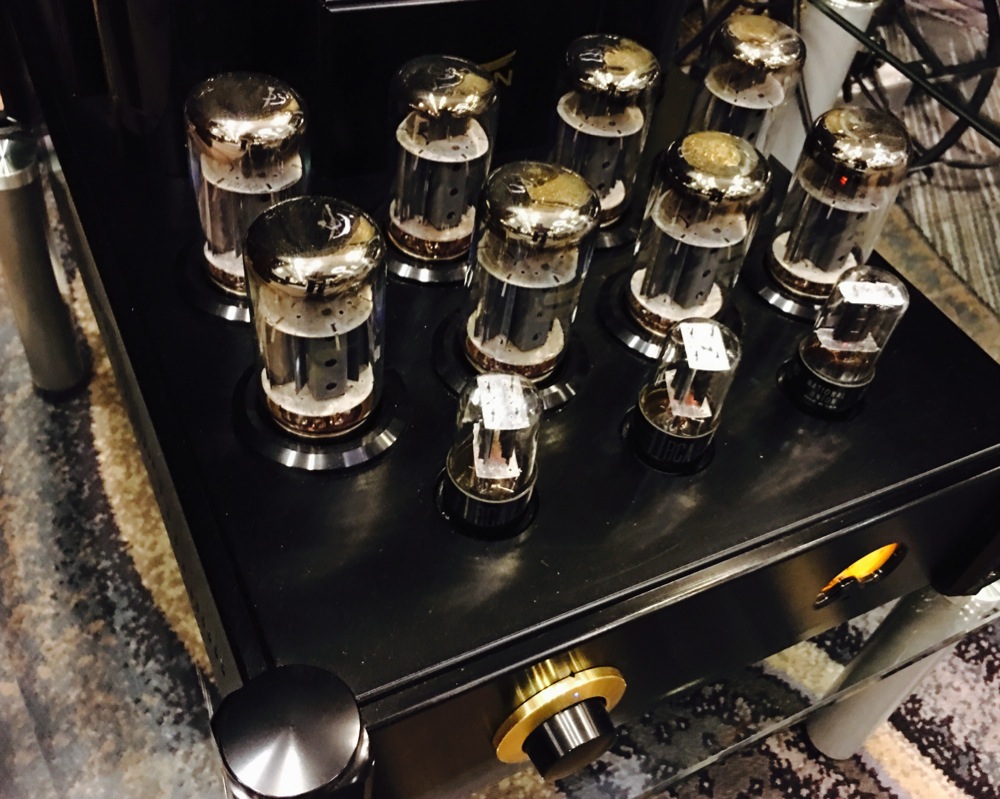 Legacy also has yet to announce the cost of the Valor loudspeakers, which are tall floorstanders with internal amplification. At RMAF, Dudleston was augmenting the internal amps by driving the higher frequencies with a pair of Raven Audio Shaman Mk. 2 monoblocks ($49,995 a pair/USD).

Based on a 45-minute hotel demo, Legacy’s SUT seems to be a promising advance in stereo technology. It would be interesting to follow up next spring and see how the production unit works with other speakers and systems. Right now in Legacy’s room at the Marriott Tech Center, at least, Elvis has not left the building.

Check back often for continuing coverage from Denver, and download our new quarterly PDF magazine – The Occasional – that launched yesterday HERE.

The last time I wandered into the Anthem and Paradigm room at a high-end audio show, I made a few jokes about the sheer simplicity of the set-up–all of the gear could fit inside someone’s […]

I visited the Source Systems room at the 2019 Rocky Mountain Audio Fest for primarily one reason–Harbeth. I’m still a huge Harbeth fan, even when they don’t sound quite like Harbeths. I saw US Harbeth […]