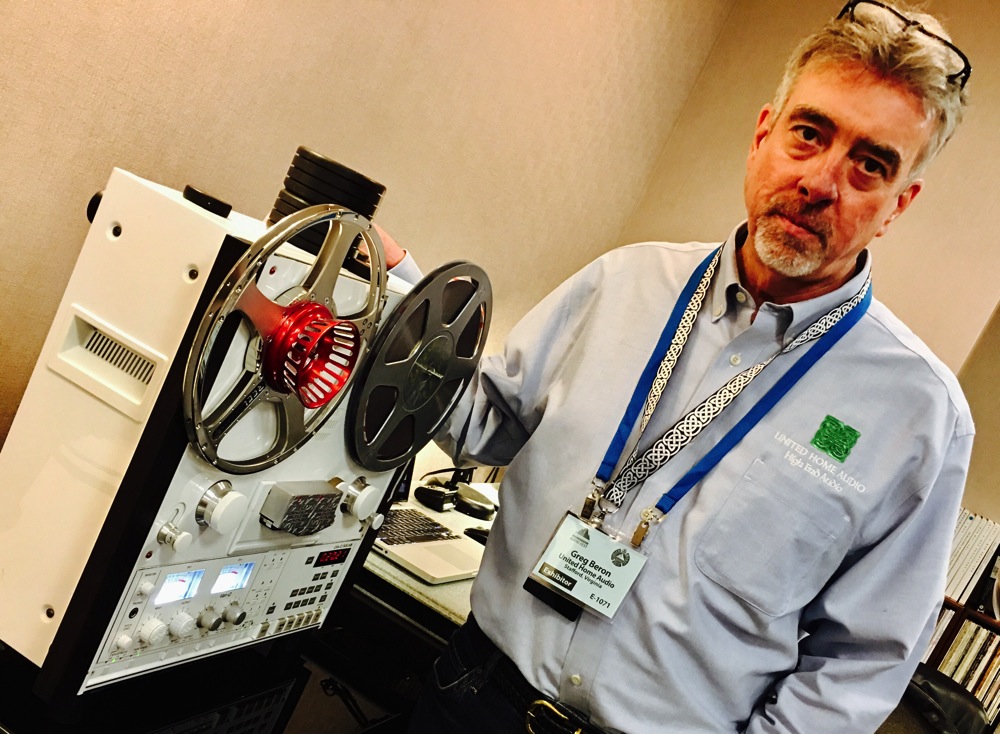 When I started seeing reel-to-reel tape decks popping up at high-end shows a few years ago, I wrote it off as a novelty. Yes, good old vinyl was booming, but tape? Really? Then I heard Sonny Boy Williamson singing “The Sky Is Crying,” taken from a low-generation master, and reached down to ratchet my jaw back up off the floor.

Yes, tape can sound great. And it’s definitely becoming a thing. How big a thing? I asked United Home Audio owner Greg Beron that question Friday at the Rocky Mountain Audio Fest. Beron is one of the most highly regarded tape machine builders in the high end. He was showing his new Ultima2 OPS-DC deck with outboard power supply ($28,000 USD) in a room shared with Classic Audio Loudspeakers.

“If a buyer contacts me right now, we’re looking at 2018 for delivery,” he said. “I’m getting customers from all over the world.” 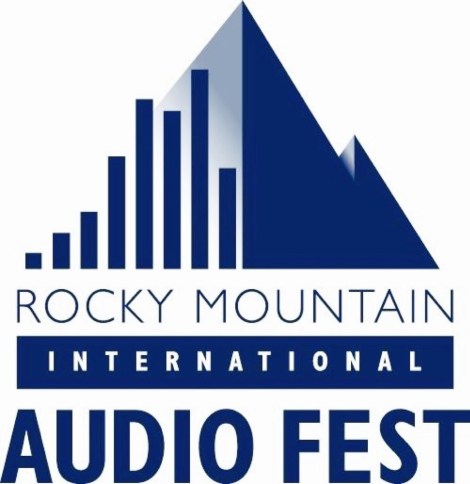 Audiophiles who like tape, I learned, really like tape. A recent buyer, for example, purchased two machines at once so he could outfit different rooms. Another enthusiast accumulated 100 tapes while he was waiting for his delivery.

Indeed, finding material to play on the machines is as much a part of the hobby as listening. Many audiophiles who order a deck from UHA don’t even get the record option, so it’s not like they are dubbing their collectible vinyl. Tape fans can find a limited number of new titles from sources such as Acoustic Sounds, The Tape Project and even artists themselves, such as jazz singer Lyn Stanley. The real game, however, is to track down safety masters and other low-generation original recordings.

When I visited the UHA-Classic room, Beron was playing “Six Blade Knife” from the first Dire Straits album. The sound was phenomenal, with Mark Knopfler seeming to be in the room, and the rhythm section of bassist John Illsley and drummer Pick Withers locking into a surprisingly powerful groove. When I asked Beron where he got the tape, he produced a red box with a commercial label that only contained a code number. No band name, no studio notation. Beron, like many hard-core tape fans, knows people. And other people find out about him.

“I got a call from a guy in Germany, whose father worked for a pressing plant,” Beron said. “It was shutting down, and so the father saved hundreds of tapes. I bought a bunch of them, including Led Zeppelin, Pink Floyd and the Doors.” 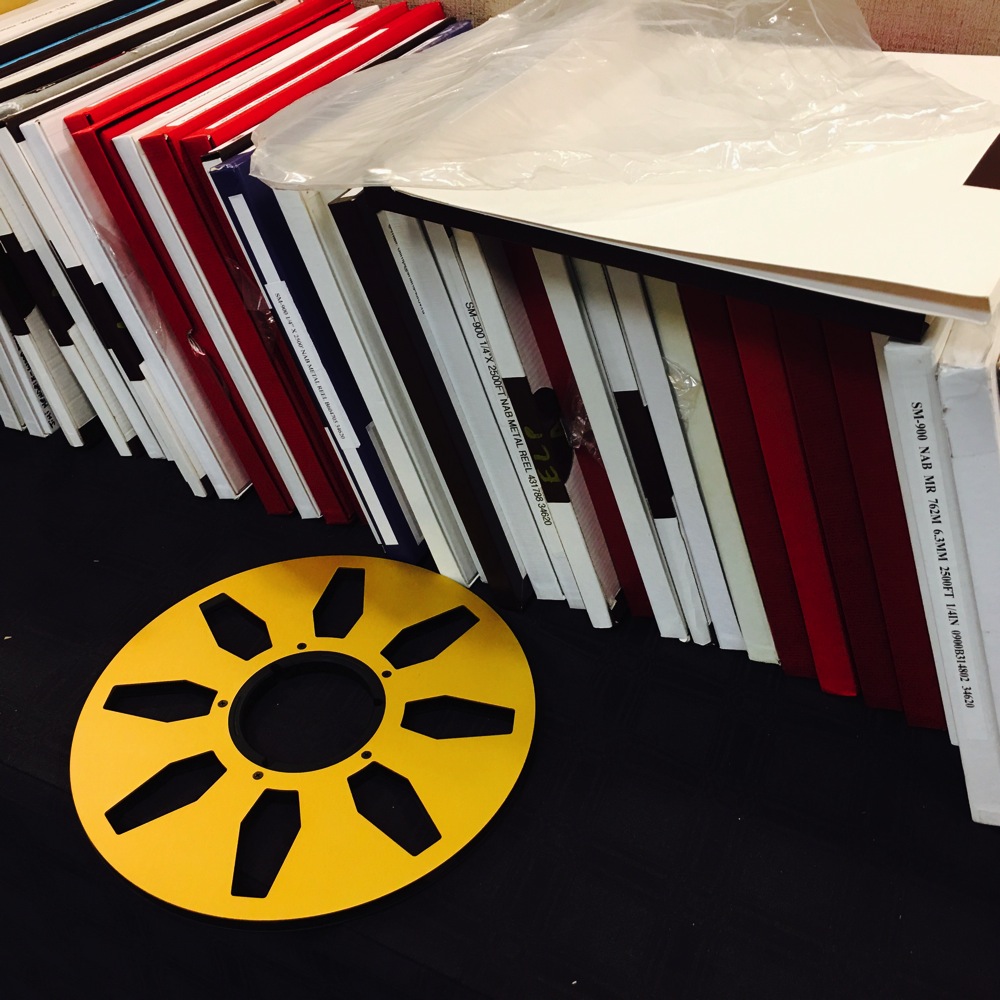 I joked that Beron probably was wary of going to sleep for a few days after that, lest he wake up and discover it all was a dream. But that kind of experience is at the heart of tape collecting. With vinyl, any flea market or garage sale is a potential treasure trove. Tape fans, on the other hand, have to work much harder.

It’s not a hobby for the financially timid, either. Along with the considerable cost of the decks, new tapes can run hundreds of dollars per album. Actual safety masters, when you can find them, can command even higher prices,

Beron’s business is built around refurbishing and upgrading Tascam BR-20s. Beron replaces many of the parts, restores the exterior and adds upgrades like the Ultima2’s OPS-DC, a hefty outboard power supply that allows the machine to operate on DC current with no AC anywhere inside.

“Running on DC makes the deck very quiet,” he said, adding that his machines have a Class-A output.

For those to want to record, Beron offers options ranging from $1,000 to $4,000. Blank tape, which was getting hard to find a few years ago, now is more widely available again — another sign of rising interest. 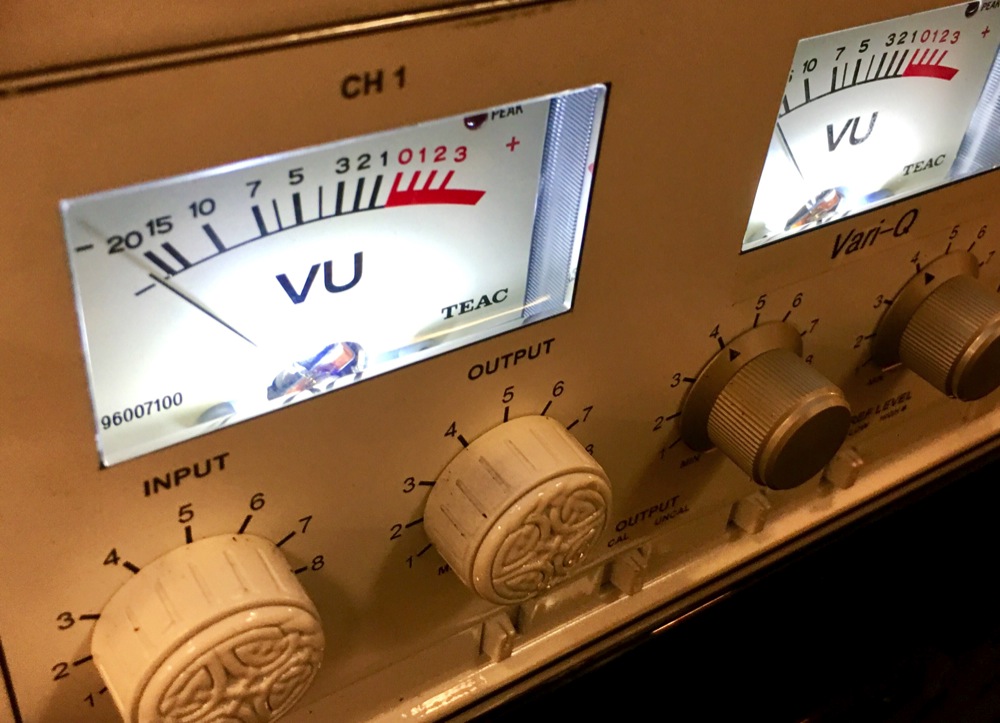 The Tascam BR-20 decks, which were discontinued about 15 years ago, also are getting a bit more difficult to locate. Beron, who’s based in Stafford, Va., said he usually has to start with three machines to be able to build two working models.

It seemed fitting that Beron’s tape deck would be driving Wolff’s vintage Altec/JBL-channeling Classic Audio Loudspeakers. Both are a piece of audio’s past and, apparently, its future.

Check back often for continuing coverage from Denver, and download our new quarterly PDF magazine – The Occasional – that launched yesterday HERE.

Having a Jeff Rowland Design Group product in my reference system reminds me, in a roundabout way, of one of the greatest hi-fi systems I’ve heard. This happened nearly a decade ago, at the […]

Big systems can be difficult to curate components for, especially ones where you have massive, multi-driver speaker arrays with complex crossovers that can soak up a lot of efficiency. Loudspeakers around 88-90 dB need higher […]

Like Bogie and Bacall, Batman and Robin or gin and tonic, PSB and NAD have been together for a long time. Both companies are now owned by the Canada-based Lenbrook Group, and many dealers carry […]