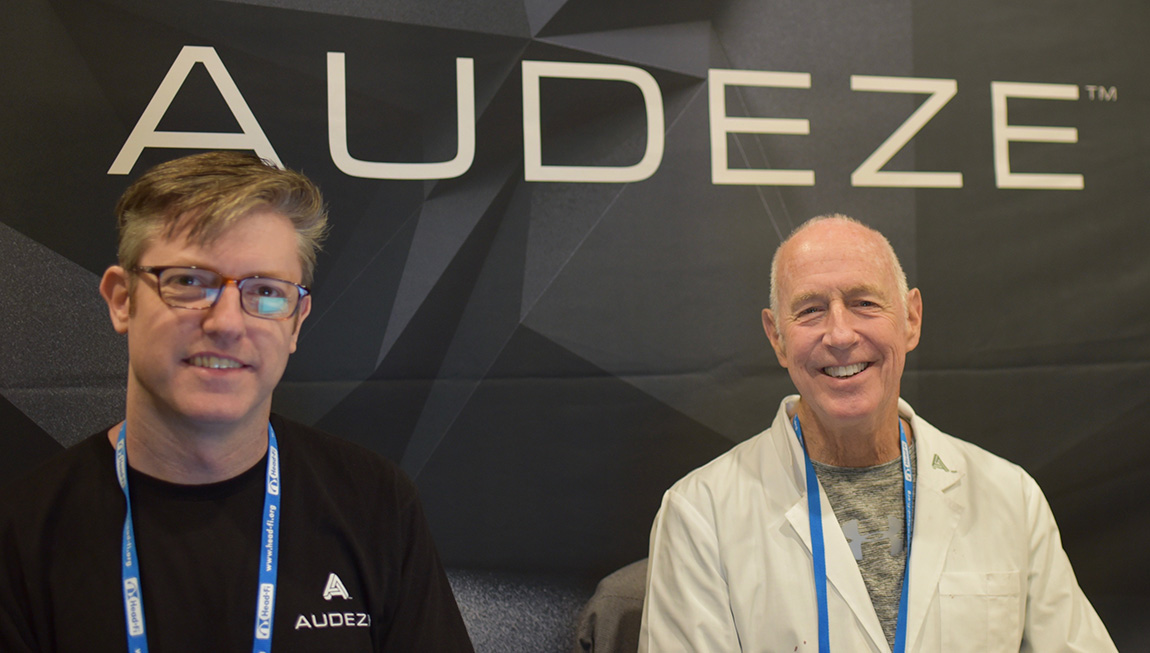 Getting a seat at the Audeze table proved difficult.  It seemed every time I peeked into the CanJam ballroom, the place was flooded all around the L-shaped seating area.  Audeze had a strong showing at CanJam at RMAF with three new introductions including a repeat of the LCDi4 + Hugo2 setup we first experienced at the LA Audio Show.  That really knocked my socks off and hearing it again was no different. This is a genuine portable reference system.  Not surprisingly, both items may still require a short wait to secure, but trust me, it will be worth it. 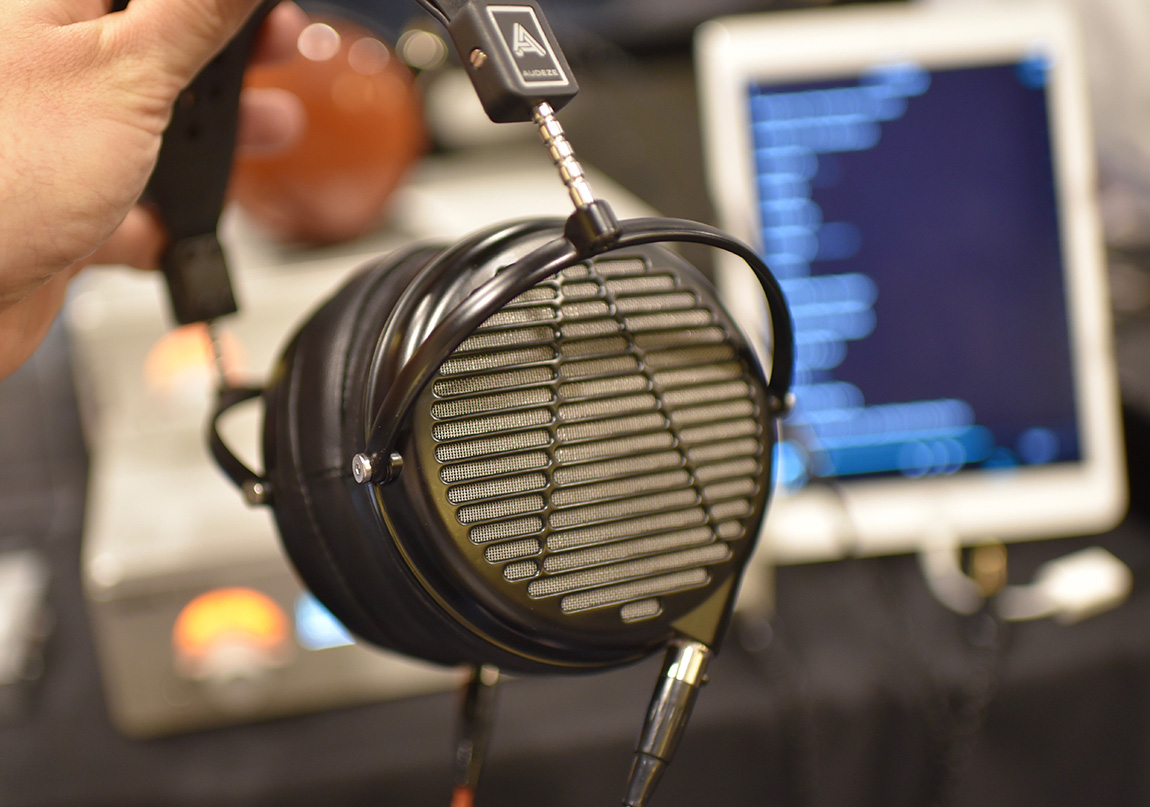 So what was the news?  Since I missed Sankar, the CEO of Audeze, at RMAF, I reached out to his cell and found him in a loud room at the big Audio Engineering Society conference going on at the Javits Center in New York City which is appropriate for our first big introduction, the new Audeze LCD-MX4. This full-size set of cans has an interesting backstory.  A while back, recording engineer Bob Katz who is well revered in the pro community did a review on the Audeze LCD-4 which got people in the pro world buying Audeze headphones.  However, the feedback that Sankar and team received was that they also wanted something lighter and more powerful on the low end.  The LCD-MX4, “MX” standing for mixing, was the result.  The MX4 offers up a weight savings of 200 grams using a magnesium frame and is more efficient as well. The MX4 retails for $2,995. 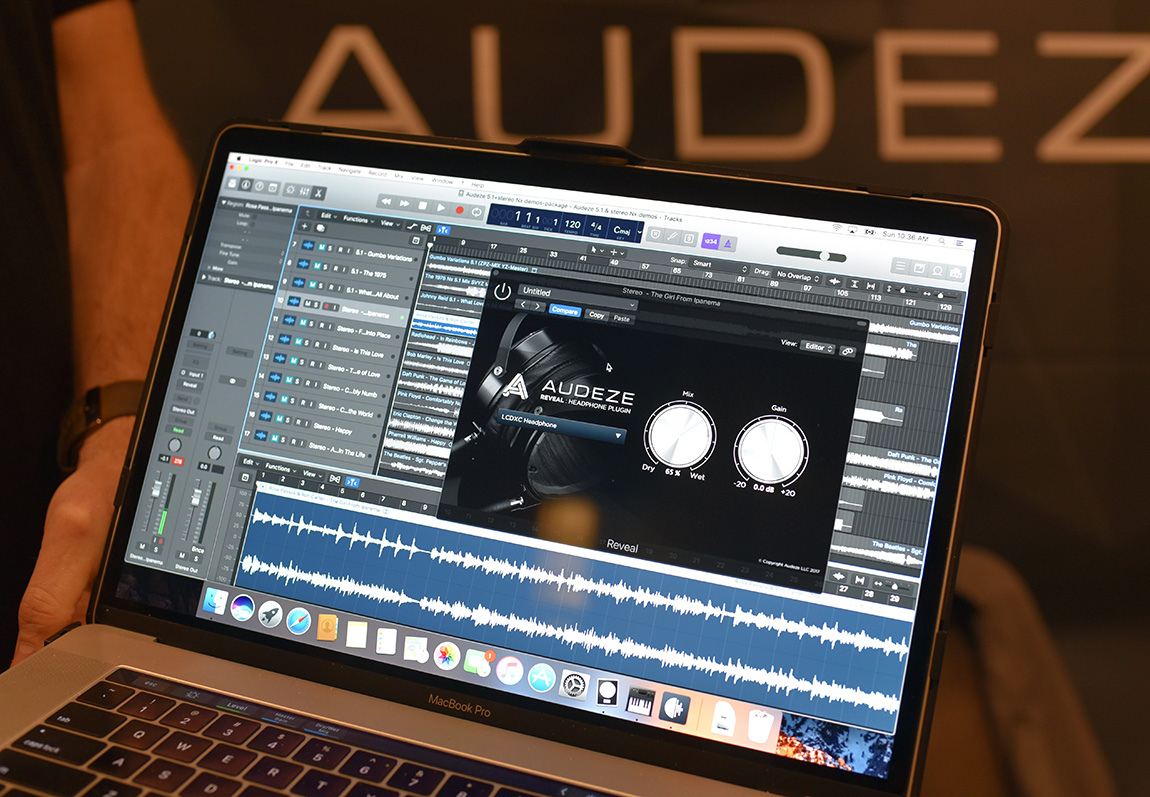 The second item of note was a new series of plug-ins under the name REVEAL.  Again, aimed squarely at the pro audio community, these allow a wide variety of functionality beyond parametric equalization.  These software “plug-ins” work with any Digital Audio Workstation and allow pro functions of matching the Audeze headphones to reference curves and also controlling for various room parameters such as room size.  This allows much more precise mixing and mastering.  Sankar mentioned that the software came in part from his earlier work in the digital cinema market.  But fret not if you don’t have a digital audio workstation as a “lighter UI” version of this software already exists in their Lightning cable software which can be controlled by the Audeze app on an iPhone.  The REVEAL plug-ins are coming soon. 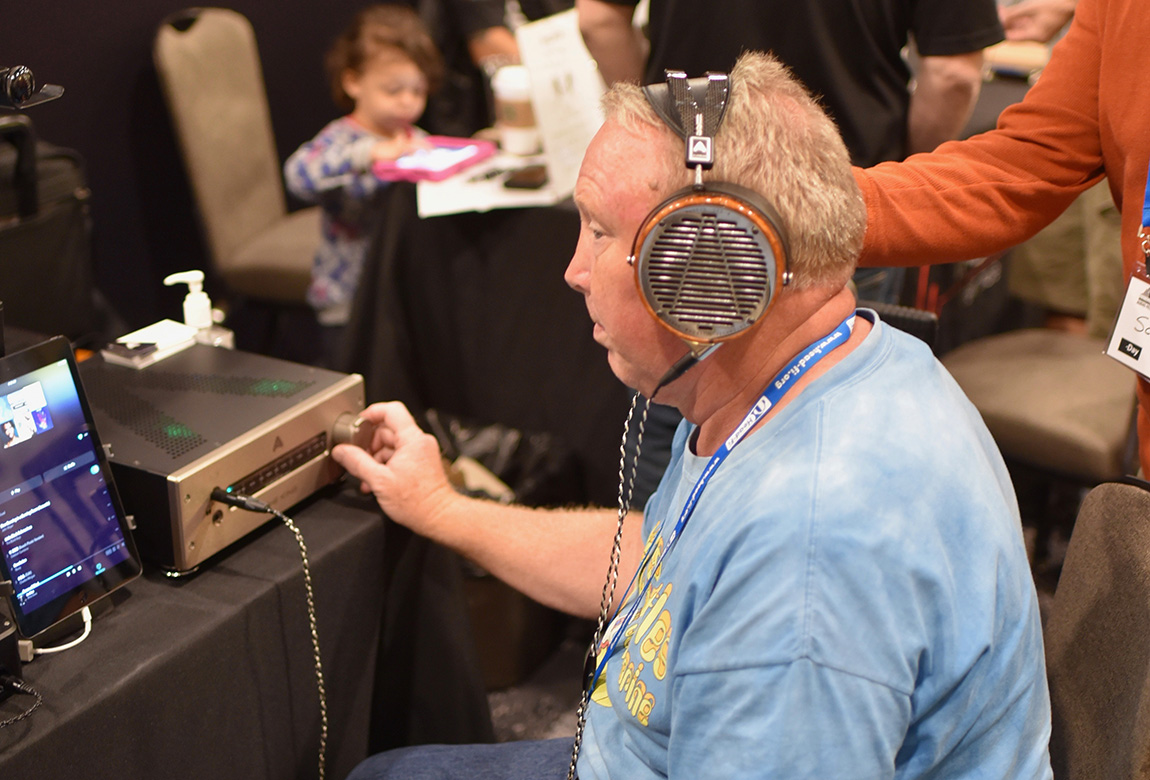 Finally, it seems many have some nostalgia for the sound of the older LCD2 cans, so Audeze is now offering a very similar sounding update in the LCD2 Classic which will hit the market on November 10.  The slightly darker tone of the LCD2 is now their entry level product and retails for $599 which I think is pretty reasonable for the sound quality offered. And you get some nice improvements like a lightweight carbon fiber headband and more modern production updates from Audeze’ continual learning on production. 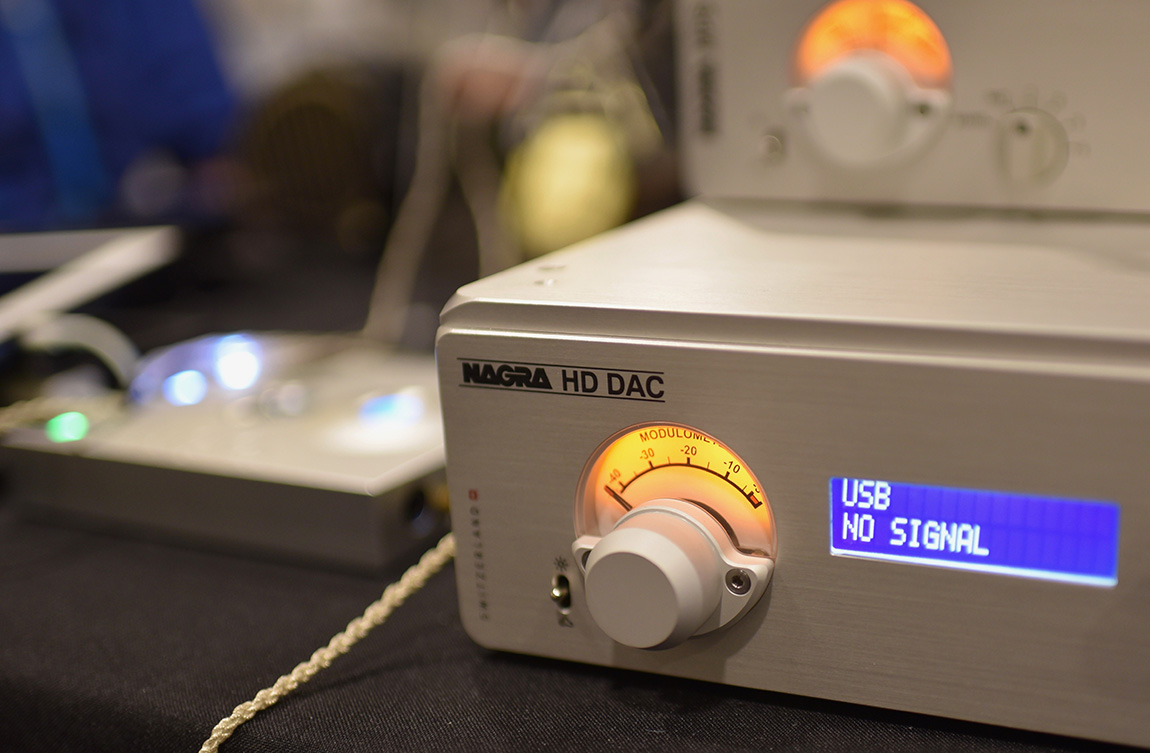 Of course, Audeze always has top associated gear but this year’s RMAF had something cool with VU meters (yay!) from Nagra.  I asked Sankar about this and he mentioned that Nagra uses Audeze headphones as a reference in their development.  A pretty good sign that Audeze is making some neutral sounding cans. On demo, with folks lined up for a seat, was the incredible Nagra MPS and Nagra HD DAC.  The DAC sounded sublime with lots of detail and a smooth, musical sound with the Audeze MX4s.  The computer app had several tracks I was very familiar with and this was a very good way to spend ten minutes in the middle of my CanJam coverage.  Simply wonderful. 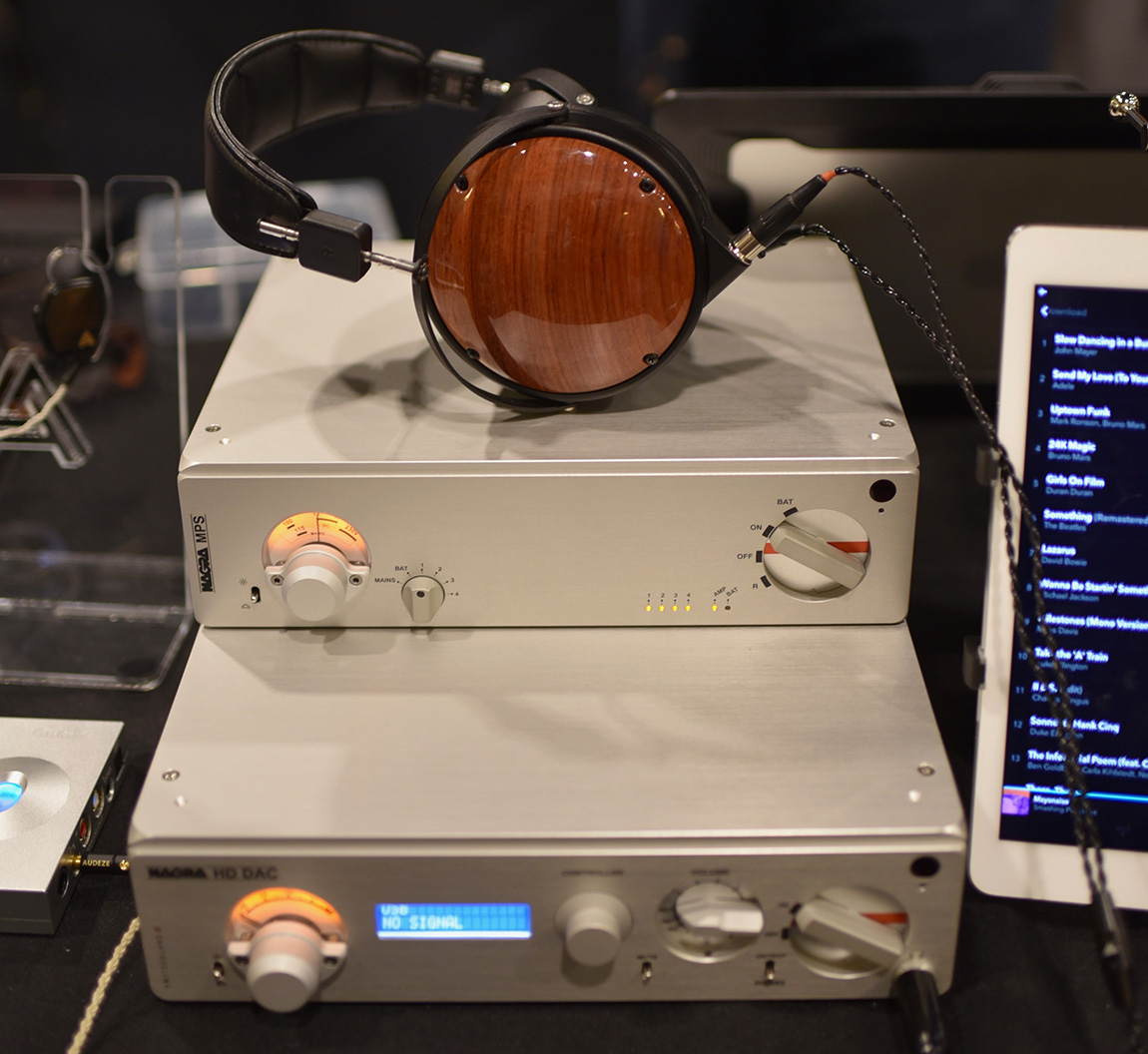 Finally, I finished up with a listen to the Chord Hugo 2 and LCDi4 pairing that so impressed at LAAS earlier in the year.  This is a dream portable system for someone like me who travels a lot.  Reference sound for the road. 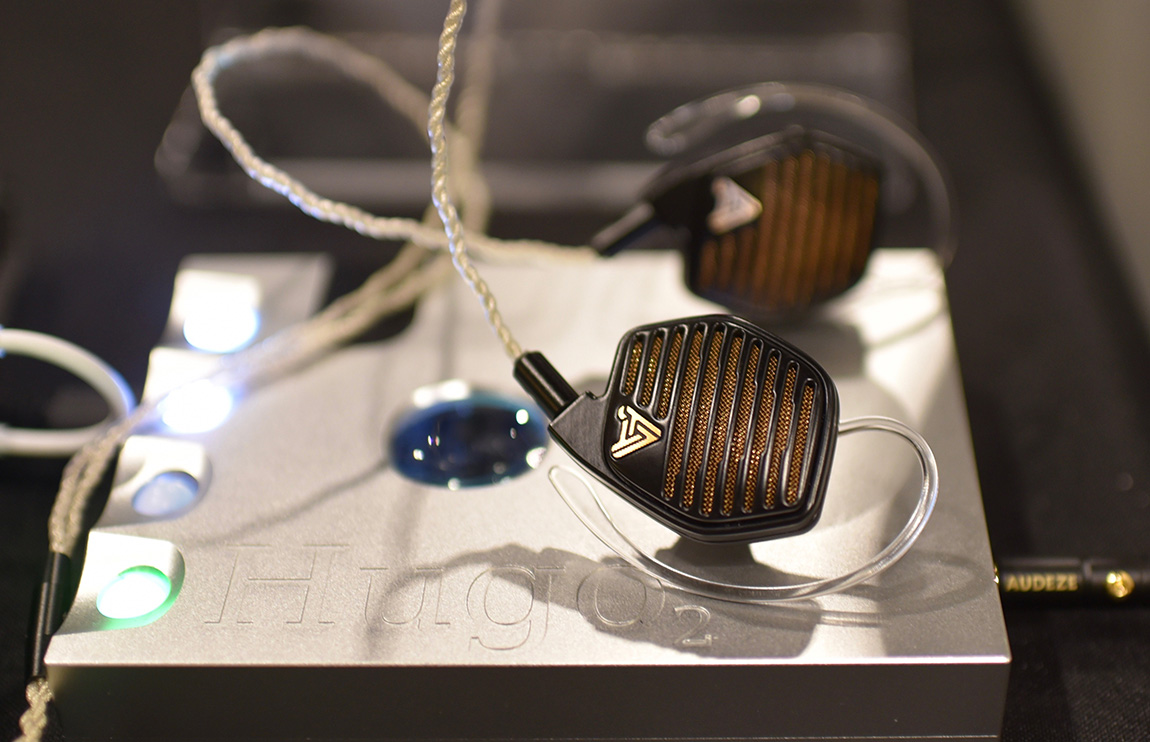 I’ve gotten so used to seeing and hearing a “certain something” from High Water Sound’s Jeff Catalano that it’s almost a shock to see him deviate from it. Stunned, actually. I mean, I never would […]

DENVER (PTA) — Lu Kang Audio, COS Engineering, MusiChi, VAC, and Sanctus Cable put together one of the most pleasantly surprising rooms of the show. A simple and elegantly crafted system of seldom seen products […]

Early in the show day on Friday, my friend Ken Furst came up and was very excited about the Alta Audio Rhea speakers and suggested I take a look. Ken has never steered me wrong, so […]