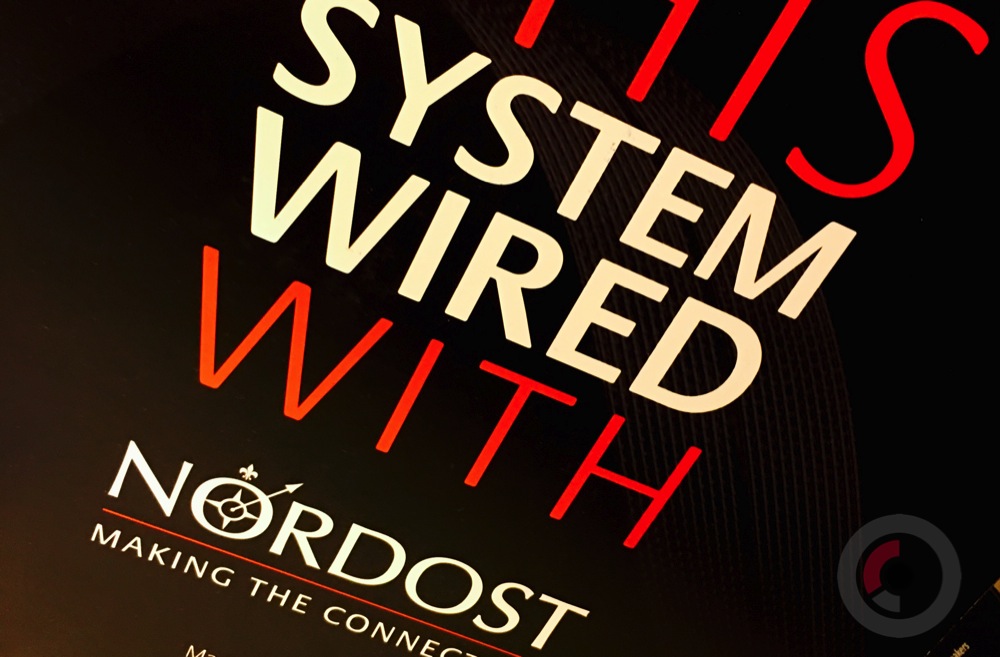 OK, you’ve decided to upgrade your cables. What should you start with? Speaker cables, right? They usually are the longest wires in a system and the last to handle your delicate signal before it emerges as music.

Wrong, says cable maker Nordost. If you guessed interconnects or even your digital link, you also are mistaken. In fact, if you were going to try to improve your rig and could only change a few cables, Nordost says to focus on your power cords.

“They are the last thing to bring the electrons from the wall,” said Nordost regional sales manager Mike Marko, during one of the company’s A-B test sessions at the Rocky Mountain Audio Fest.

To prove his point, Marko began playing music over the system Nordost had assembled for the show, which included electronics from Jeff Rowland Design Group, the S3 Mk. 2 speakers from Magico and a dCS Rossini CD player/DAC. Nordost cables were in place throughout, except for the dCS unit, which had a stock cord. “That, arguably, is the least critical cord in this setup, since it carries very little current,” Marko said.

Yet, to illustrate the degree to which changing power cables can make an audible difference, Marko chose this cord to swap out during the demo. His idea was that if listeners could hear a difference with it, the improvements from upgrading power amp and preamp cords would be even greater. 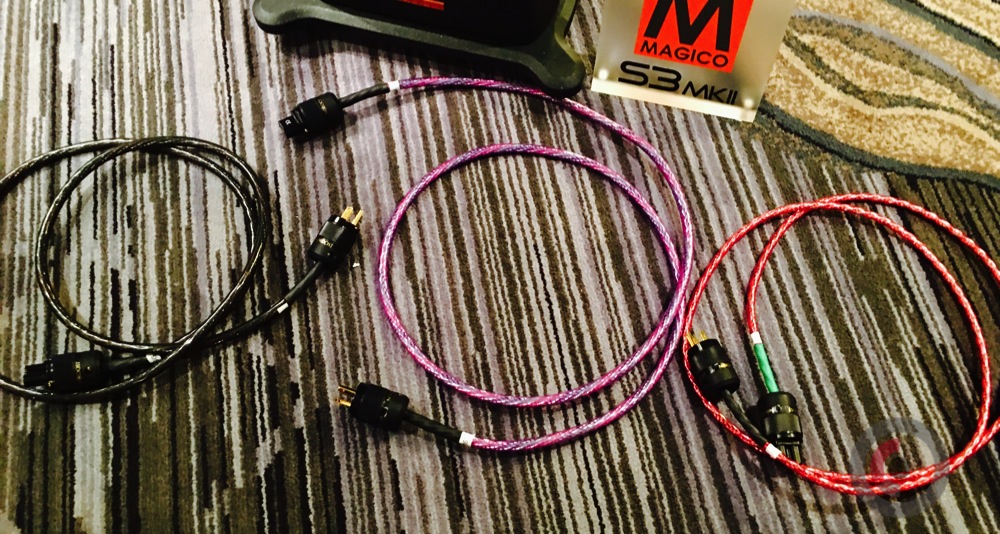 Marko began playing a track by Lise & Gertrud, a Swedish pop-jazz duo that featured vocals, cello and piano. The sound was what you would expect from a system totaling about $165,000 uSD. There was good detail, excellent pacing and tight bass.

He then replaced the stock dCS connection with a Nordost Blue Heaven power cord ($209 USD). Blue Heaven has three 16-gauge conductors, made of 65-strand, 99.9999 percent oxygen-free copper. The music became noticeably smoother and the background “blacker.”

Next, Marko pulled the Blue Heaven in favor of the Heimdall 2 ($629 USD), which has three conductors made from silver-plated, 99.99999 oxygen-free, solid-core copper. The vocals improved again, and the noise floor went a notch lower.

The Heimdall was replaced with the Frey 2 ($1,679 USD), which has five conductors of the same silver-plated copper. Here, the singer now sounded as if she’d leaned slightly closer to the mike, while the piano had more sparkle. 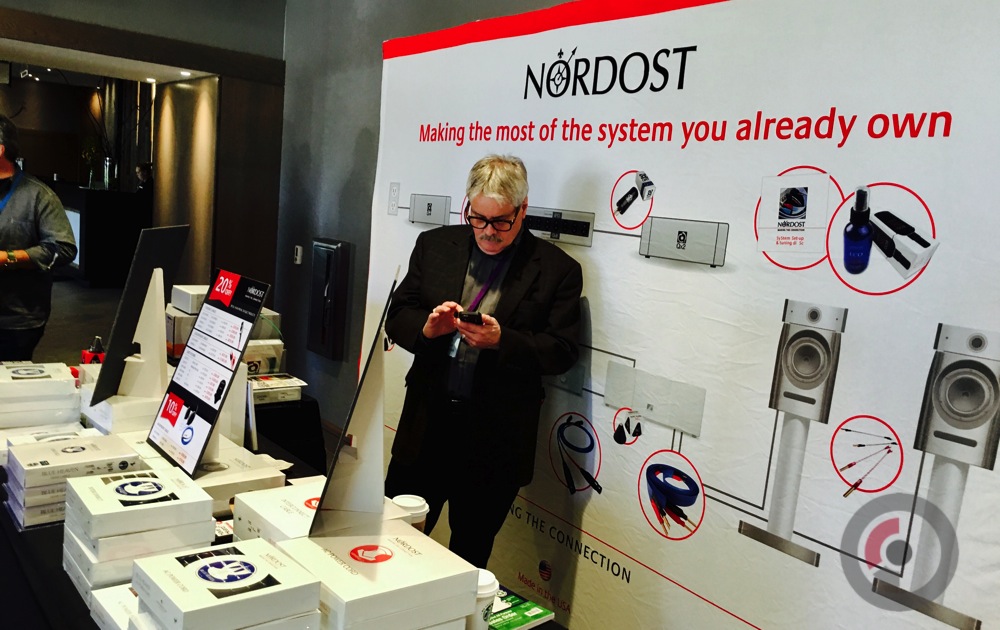 “When you add more conductors, it helps cancel out RFI,” he explained, referring to radio frequency interference, which often enters systems through power lines.

Finally, Marko subbed in Valhalla 2 ($4,999 USD). That cord has seven silver-plated, 99.999999 percent OFC conductors, each suspended in a dual mono-filament matrix. The termination also is upgraded with a Nordost-made Holo Plug. Lise & Gertrud sounded more immediate – more live – with the Valhalla 2. There also was a greater ease to the presentation.

A crowd of about eight or 10 voiced positive comments about each cable change, with some expressing surprise that power cords could make so much difference. 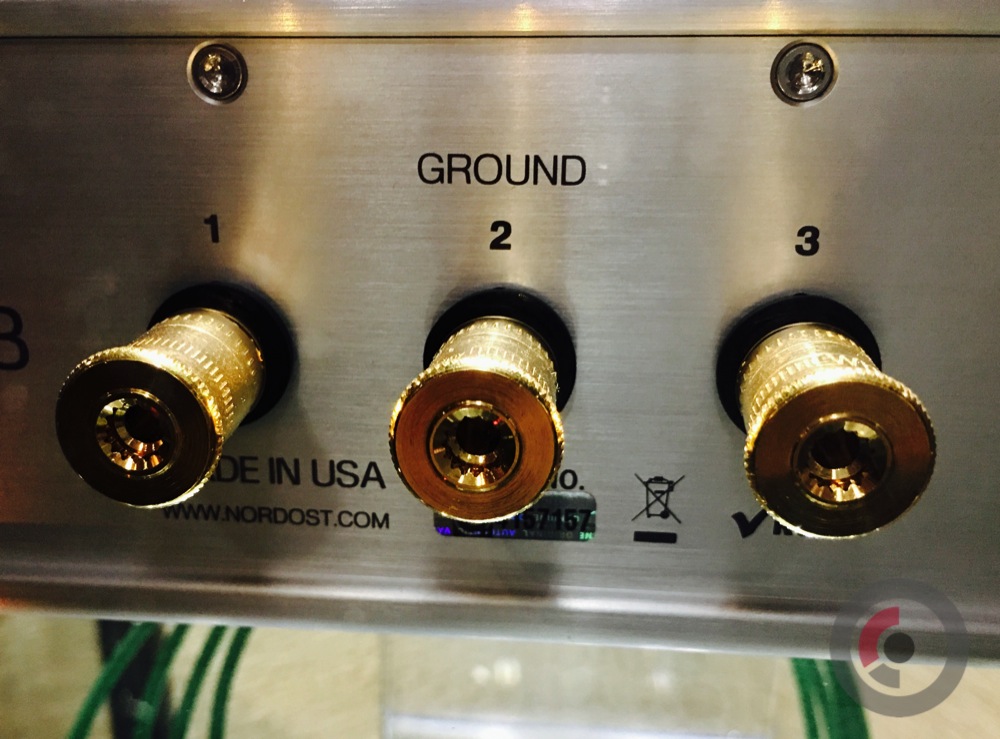 Marko said vibration and proper grounding are other areas Nordost believes are important, and pointed out that the demo system on which we had just heard the cable shootout also was using a number of products to fight those ills. (To read more about the devices, see Part-Time Audiophile reports here and here.)

While the prices of some Nordost cables can quickly get up into the stratosphere, even its entry-level power cord brought gains. And, Marko argued, new cable could keep you from feeling you need to upgrade your amp or speakers.

“Our products are all about getting the most out of the equipment you have now,” he said.

I get asked — a lot — about the sound quality at shows. “Hear anything good?” has a double-meaning, with the underlying assumption being that, no, I didn’t because nothing at an audio show sounds […]

The Sony SA-Z1 “desktop” system is poised to revolutionize near-field listening for a number of discerning audiophiles. The Sony SA-Z1, which will retail in the high four-figure range when it’s released, consist of two active […]