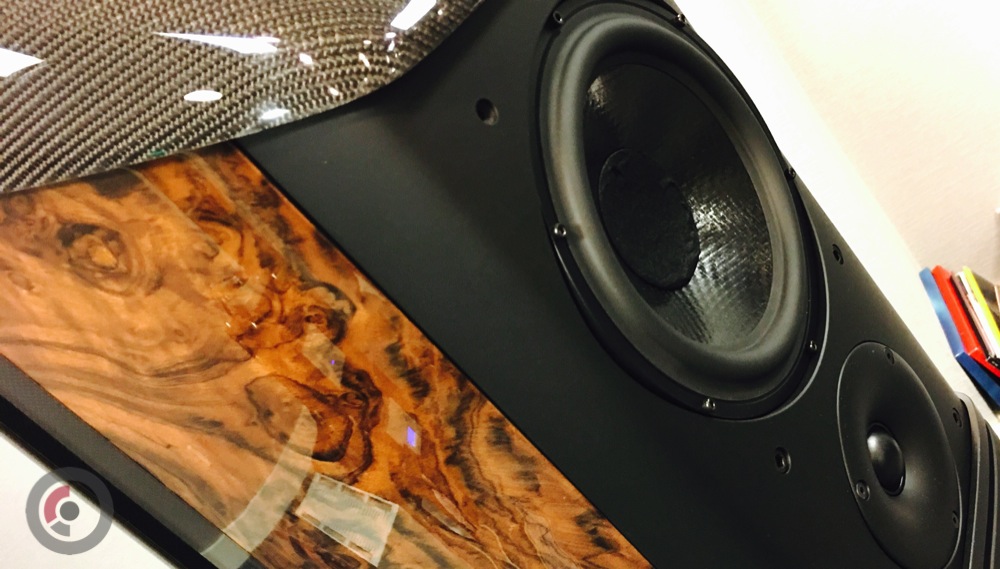 I first auditioned a pair of Wilson Benesch speakers about a decade ago at a Dallas dealer. I had come in primarily to listen to a tube amp I fancied, but the sight of the large floorstanders got me curious.

I had read positive reviews on the company’s products. Seeing them up close was intriguing, as the woodwork – in this case, a gorgeous cherry – was beautiful. What I remember was that I came away impressed by their sound, too, especially the detailed high frequencies.

The British brand, however, disappeared on these shores. Last year at the Rocky Mountain Audio Fest, Wilson Benesch returned with a new U.S. distributor, Aaudio Imports of Parker, Colorado. Indeed, it was hard to miss the A.C.T. One Evolution P1 ($40,300 USD), an update of the company’s most famous speaker, as the demo pair in Denver was done up in Bugatti blue. 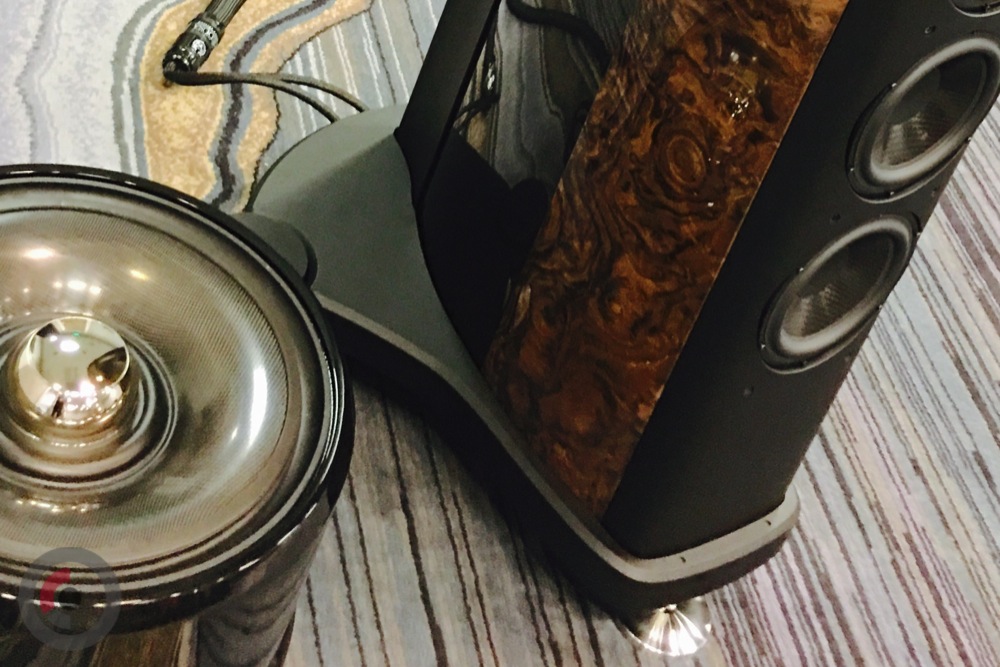 This year, Aaudio Imports sought to top that memorable display by bringing out Wilson Benesch’s flagship, the Cardinal ($114,500/pair USD), for its domestic debut. The state-of-the-art model lacked the racetrack paint job of its smaller brother, but still drew attention with its six-foot-tall, eight-inch-wide shape that sported an aluminum baffle, carbon-fibre cabinet and wood trim.

The frequency response of the Cardinal is listed at 25Hz-35kHz. You might think that would suffice for a statement loudspeaker, but Aaudio Imports added a pair of Torus infrasonic generators ($12,500 each USD). These ultra-low-frequency units looked like the wheel and tire of a 1972 Corvette sitting horizontally on the floor next to the base of each Cardinal. 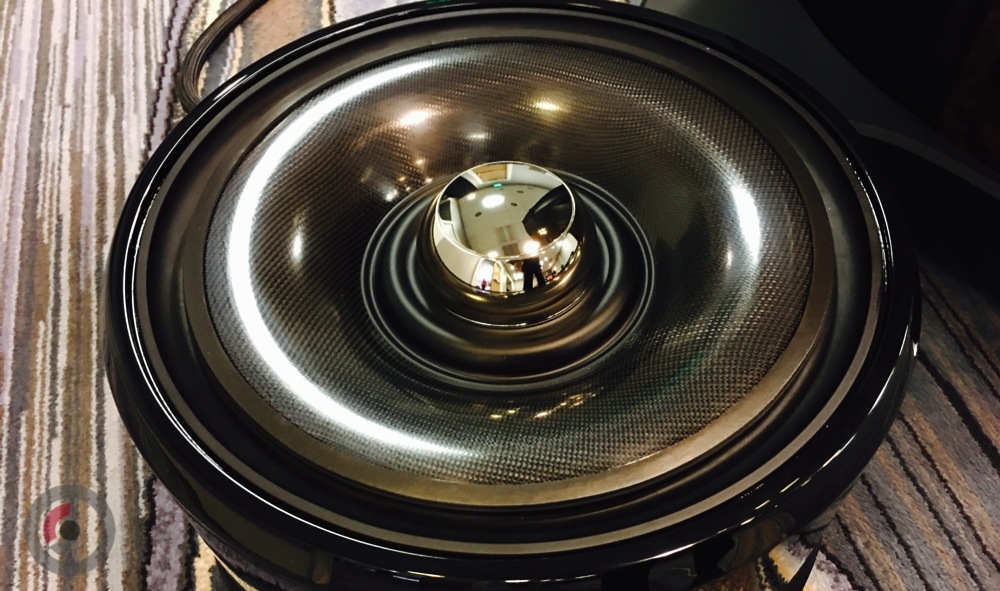 Aaudio Imports had one of the larger rooms at RMAF. The Cardinals were positioned 15 feet from the back wall and were also about five feet from the side walls. The speakers were part of a system that featured electronics from Ypsilon, including the Hyperion mono blocks ($93,000 USD), PST-100 Mk. II valve preamp ($37,000 USD), VPS-100 valve phono stage ($26,000 USD) and the MC26L step-up transformer ($6,200 USD).

My audition started with “Cotton Fields” by Harry Belafonte, from the Living Stereo pressing of Live at Carnegie Hall. The Cardinals captured the power of the singer’s voice and also did a spectacular job of recreating the recording’s audience sound and reverberation.

Next up was Dean Martin’s “My Melancholy Baby” from Dream With Dean. Here, the Cardinal’s also excelled in the midrange, with Martin’s voice sounding like real flesh vibrating in front of a microphone and Barney Kessel’s guitar fills darting in and out.

To see how the Cardinals handled rock, I requested Stevie Ray Vaughan’s “Pride and Joy.” Again, the highlight was listening to Vaughan’s syrupy vocal and the roar of his Fender Stratocaster. 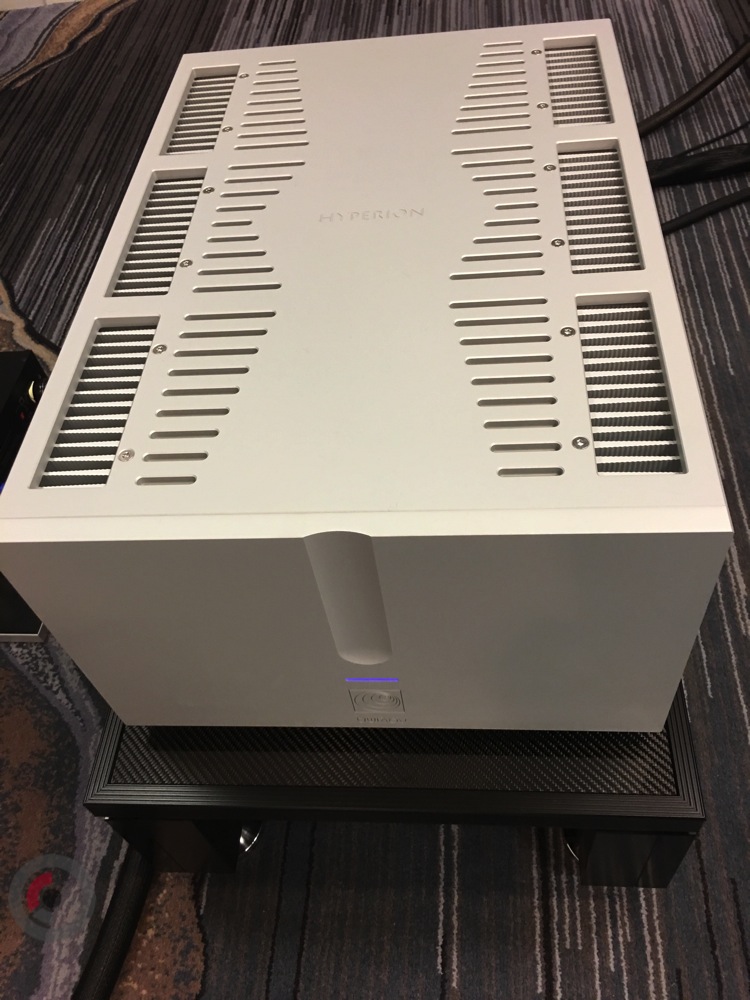 On all the tracks, including the one featuring Double Trouble, the system’s bass – despite having so many drivers in play – did not call attention to itself. It appears Wilson Benesch designed the Cardinal to have a very fast, clean midrange and detailed upper frequencies, and tuned the bass to go deep but not add thickness. Some low-end lovers might prefer more weight – even with a pair of Torus subs, which also place speed over slam – but that would be hard to find in a speaker that is this nimble.

It’s good to have another manufacturer with a unique approach back in the U.S. high-end audio market. I look forward to hearing how close Wilson Benesch’s less-expensive models come to its interesting flagship.

Picking the best audio component of the year is kind of like pondering your ultimate list of girls to ask to the high school prom. There are many very attractive choices, but probably a much […]

The 2018 Vancouver Audio Festival (VAF) had a charm about it that most shows lack, and that’s not because AXPONA, or RMAF don’t have style or class, or great people, vendors, and attendees… it’s strictly […]