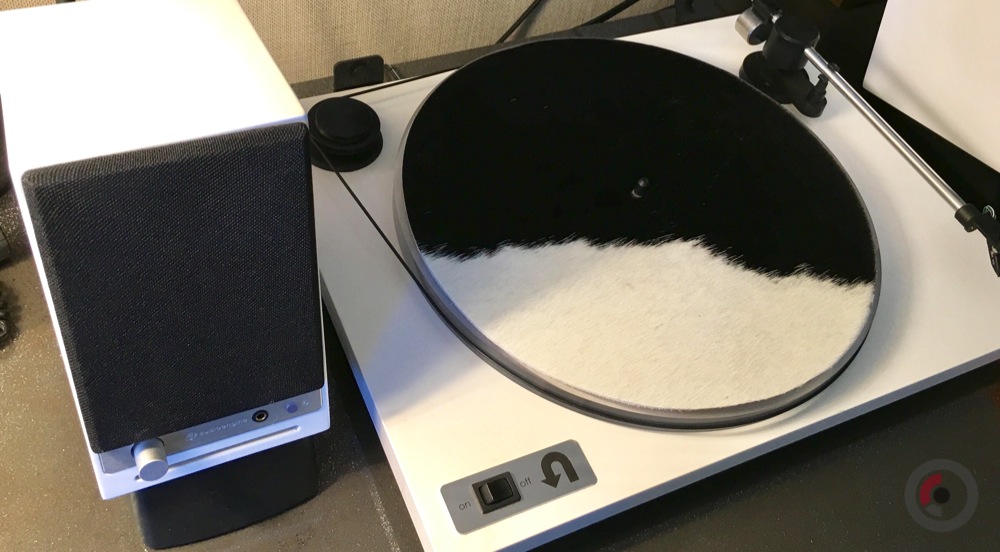 More than a few audio companies have set sail with the simple mission of delivering budget gear, only to get lured into sometimes-rocky shores by the siren call of the higher-end market. Such temptations make it even more laudable when an entry-level manufacturer stays the course, such as Audioengine.

Audioengine has been enjoying strong tailwinds for a while now as it navigates its narrow shipping lane in the audiophile ocean. The company makes a line of mainly self-powered budget speakers and accessories that are so good at what they do, it’s easy to take them for granted.

Listening to these little marvels once in awhile, however, can renew a listener’s appreciation of what’s possible on the opposite end of a hobby that often sees system prices rise far above $100K. That’s what happened to me as I visited the Audioengine room at the Rocky Mountain Audio Fest. 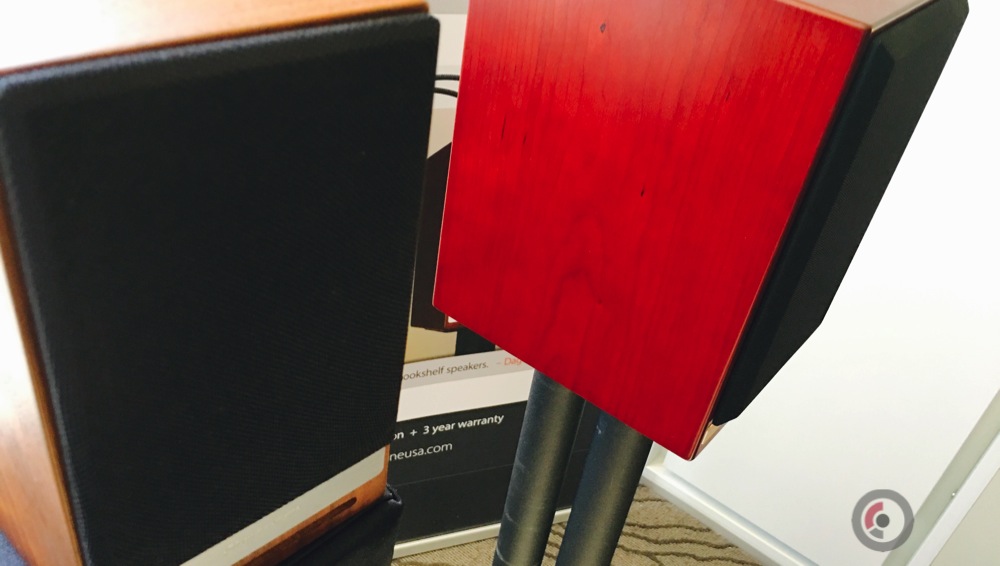 To illustrate how easy it would be to add vinyl to an Audioengine setup, Boston-based U-Turn Audio provided its belt-drive Orbit turntable ($179 USD for the Basic version that includes your choice of Audio-Technica, Ortofon or Grado moving-magnet cartridge) and Pluto phono preamp ($89 USD).

When I arrived, the Audioengine staff was streaming Van Morrison’s “T.B. Sheets” from a smartphone via Bluetooth to the HD6s. These are the company’s biggest speakers (still just 11.75” x 7.25” x 10”). They feature a 5.5-inch Kevlar woofer and a one-inch silk-dome tweeter, a built-in 50 watt/channel amplifier, wireless and digital inputs, a 24-bit DAC, wood finish and a cloth grill. 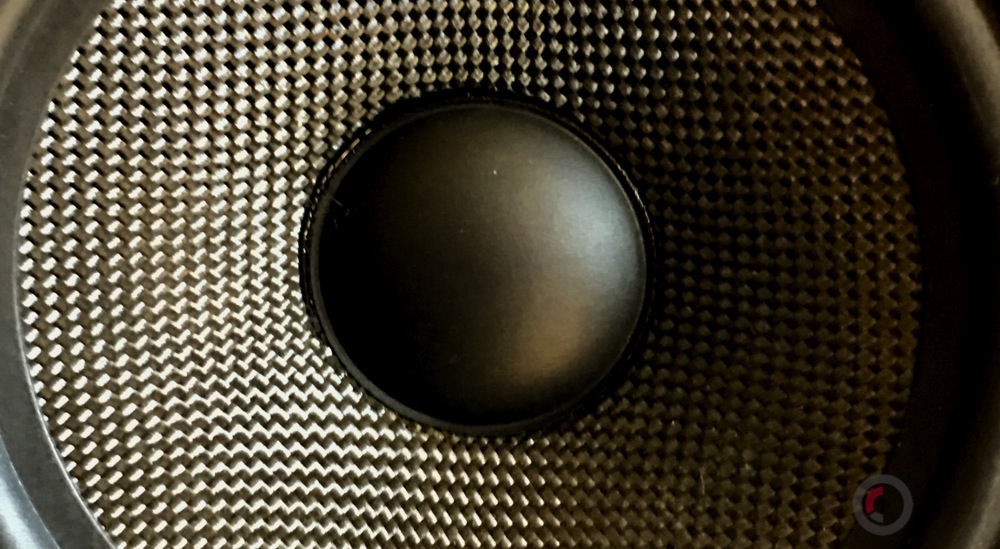 Morrison’s vocals were lightly forward on the HD6, but this only added texture and focus to the one-take performance of the song, which reportedly was followed by the singer breaking down into tears. The highs on this track were smooth, soundstaging was good and the bass – while not reaching the lowest depths – did not intrude into the lower midrange. All these attributes created an overall balance that made the HD6 a pleasant listen.

Audioengine gear is not only a no-brainer for a computer desk, office, bedroom, dorm or other second-system application, it also offers a level of performance that makes it a solid choice for a main system for audiophiles who are seeking the equivalent of a compact speedboat rather than a blinged-out yacht.

For the last three weeks I’ve been consumed with writing show reports from the 2019 Rocky Mountain Audio Fest, so Alex Cuba and his stunning new album Sublime seems like the perfect segue back into […]

Some rooms at audio shows are like old friends that you haven’t seen for a while. The Austin Hifi room at the Los Angeles Audio Show was like that. They have a habit of putting […]

A day at Axpona 2011: DaVinci DAC from Light Harmonic

Stereophile just blogged some details about the new DaVinci DAC from Light Harmonic. Never heard of it? Well, that’s because it’s pre-production now, with anticipated availability “some time this Fall”. As Stereophile mentions, the DAC […]