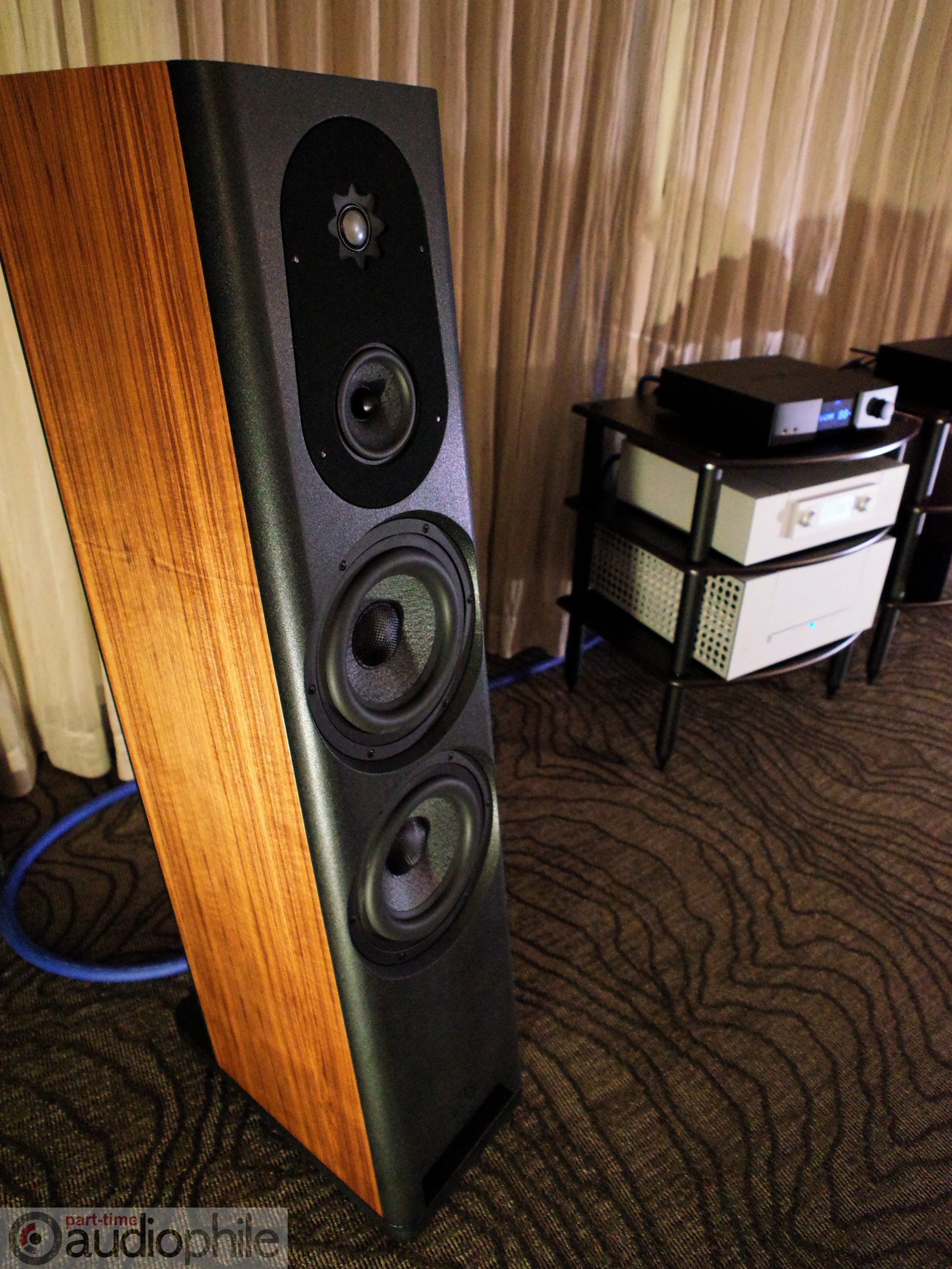 California based Ryan Speakers, LLC has been making waves in a lake of calm, rocking a few boats along the way. Debuting their affordable R-Series speakers back in 2013 with great acclaim, it was only a matter of time before more courageous offerings from the minds at Ryan Audio would find themselves amidst the product menu. The Ryan Tempus III (currently $16,000 USD) debuted in 2015, and wowed many with it’s “more of what I like about you” refinements. If you follow their product line closely, that’s a significant jump in price from a perceived value brand. Their overachieving R-Series looks like this: R610 bookshelf ($2,000 USD), R620 tower ($3,500 USD), and tops out with the larger R630 tower ($5,000 USD).

Aimed at filling this gap, enter the new S-Series line of loudspeakers, and specifically on display here at RMAF the S840 tower ($9,000 USD), a true 3-way design with laminate cone drivers carried over from their more expensive Tempus III, including an in-house designed beryllium dome tweeter. All nestled in a time aligned front baffle, with rounded edges to assuage early reflections. It’s an exciting package to behold at this price point, especially when you consider the S840’s low end frequency extension stated at 28hz. In listening it’s proven these towers truly develop bass you can feel. 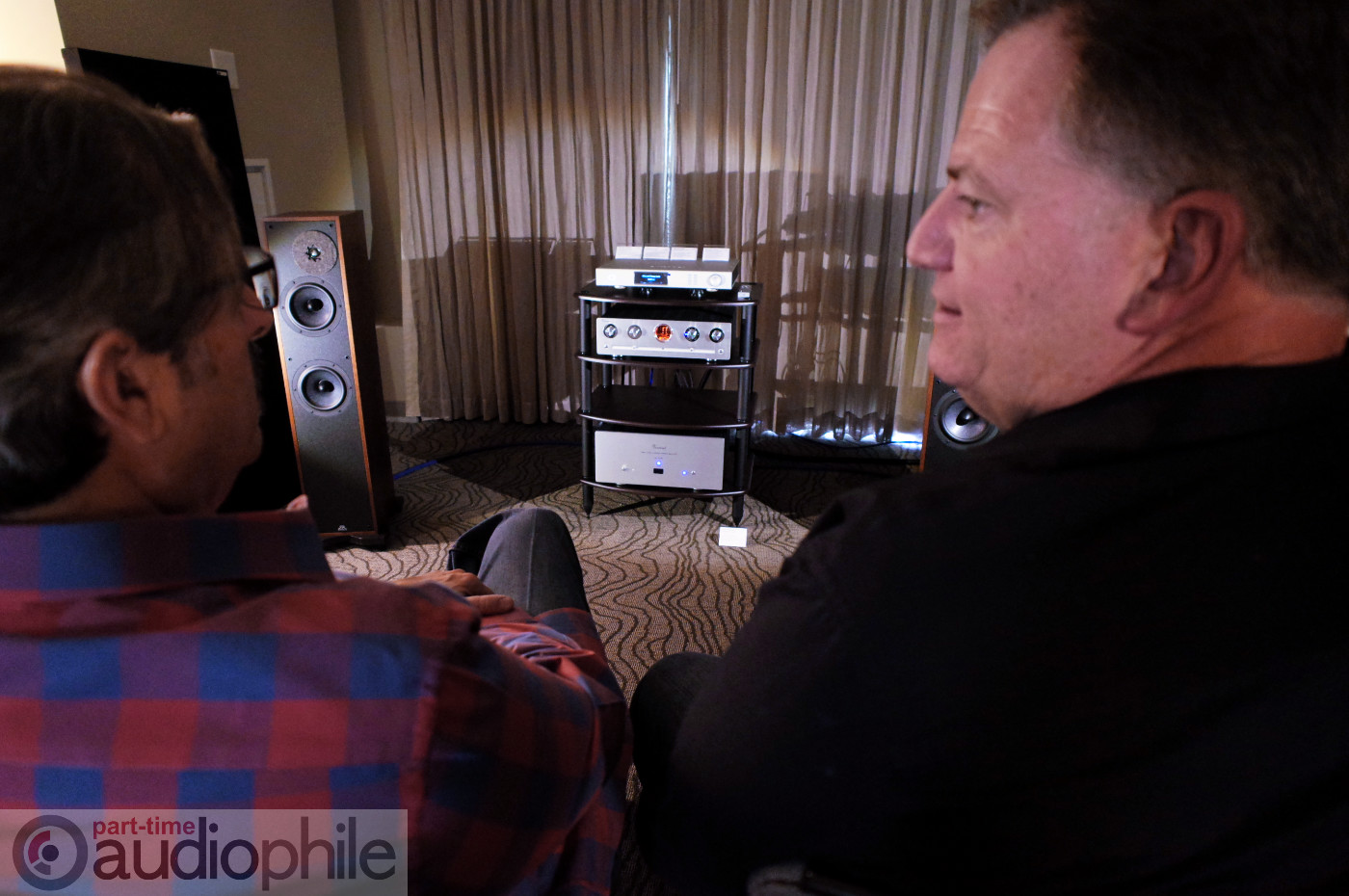 Not to be overshadowed, was Auralic’s new G-Seires streaming components, two of which were here at RMAF in the Ryan system, the Aries G2 Transporter ($3,999 USD) and Vega G2 DAC ($5,699 USD), both feeding a Constellation Audio Inspiration Preamp 1.0 ($9,900 USD) and Inspiration Stereo Amplifier 2.0 ($10,999 USD). Power conditioning was handled by Audioquest’s Niagara 5000, and cabling by Cardas.

Returning to the theme of value, Ryan Speakers, LLC along with other well known value brands brought together a very engaging second system that echoed much of what the higher priced gear was saying. Ryan’s R620 towers were powered quite gracefully by a Vincent Audio (pre and amp) stack valued at $5,000 USD. Sourcing and playback was done by Aurender’s A10 Music Server ($5,499 USD), racks and cabling were done by Pangea Audio.

The MQA freight train keeps rolling down the tracks of high-fidelity seemingly without resistance. A press release just announced that portable USB DAC wünderkind AudioQuest will be releasing a free, and highly-anticipated MQA firmware update […]

by Amos Barnett “Have you heard the Aurender Flow yet?” “The who and what?” That was how the conversation went as we headed towards the Emilie offices in Tokyo for an evening of pizza and […]

$750 a pair is what AudioEngine USA‘s newest, the HD6, will set you back. Now, let me tell you why this is a bad thing. First, this sort of price point is an unconscionable act […]