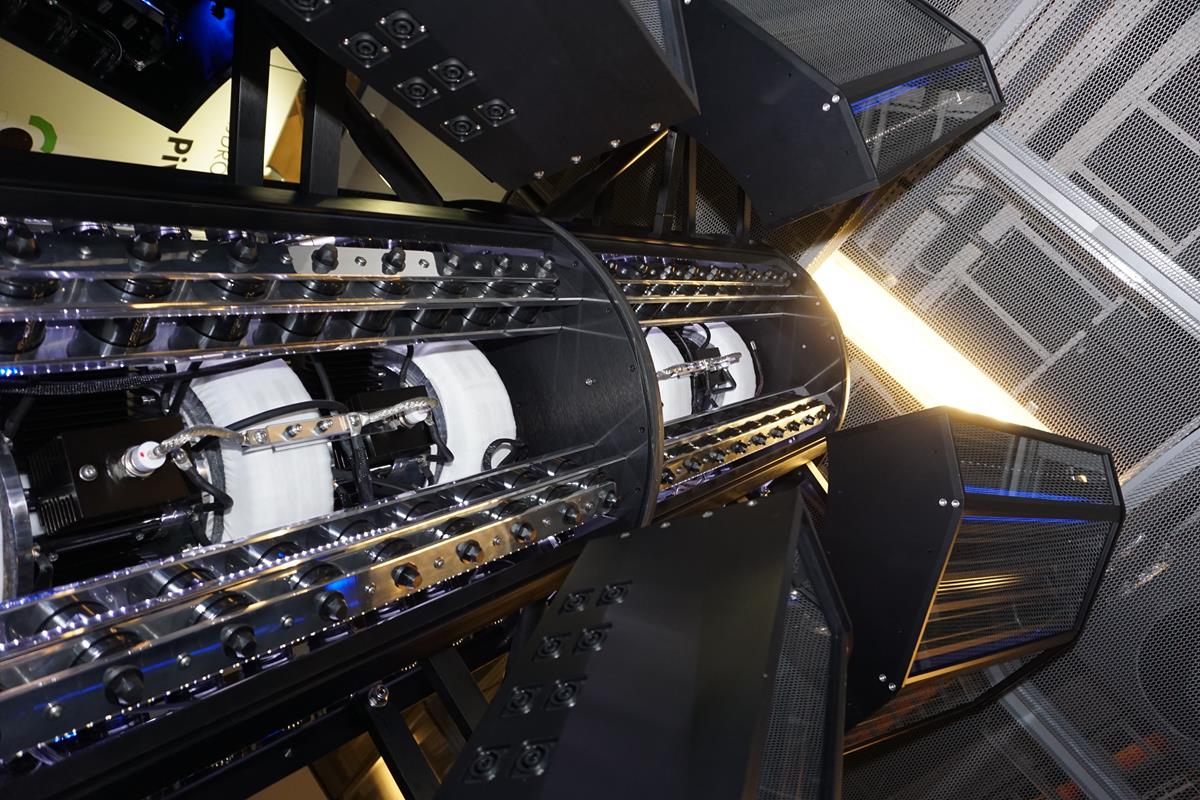 So you think you’ve seen it all, the biggest, the wildest amplifiers ever made? Think again ’cause Andrea Pivetta will built a 1.5 ton, $1.6mil power amplifier for your system. Yes, you got the price tag right, that is enough money to buy you a nice Ferrari, a nice house by the sea in Europe and you can still buy a fantastic high end system with the change. But you wont be among those few who actually have such a work of engineering prowess sitting in your castle? mansion? skyscraper?

The specs are what I would call impressive, and I mean I M P R E S S I V E.

The Opera Only was sitting in a corridor at the National Stadium with something like forty bystanders constantly drooling all around it, me included. Yes, the price is ridiculous, who would ever spend this kinda of moolah for an amplifier? Actually I was told by Andrea that he sold two of these.. For the rest of us Andrea builds almost down to earth amps at almost reasonable prices, the 2x300Watt/8Ohm which has the same built quality and down-scaled similar looks costs a mere 12.000 euros. I got to listen to it with a pair of AKG headphones, driven straight from the output stage and must admit it was dead silent. Still can’t figure out what speakers one matches to the mighty Opera Only but anyway, I wont be having this kind of issues as I’s still missing the 1.6Mil.