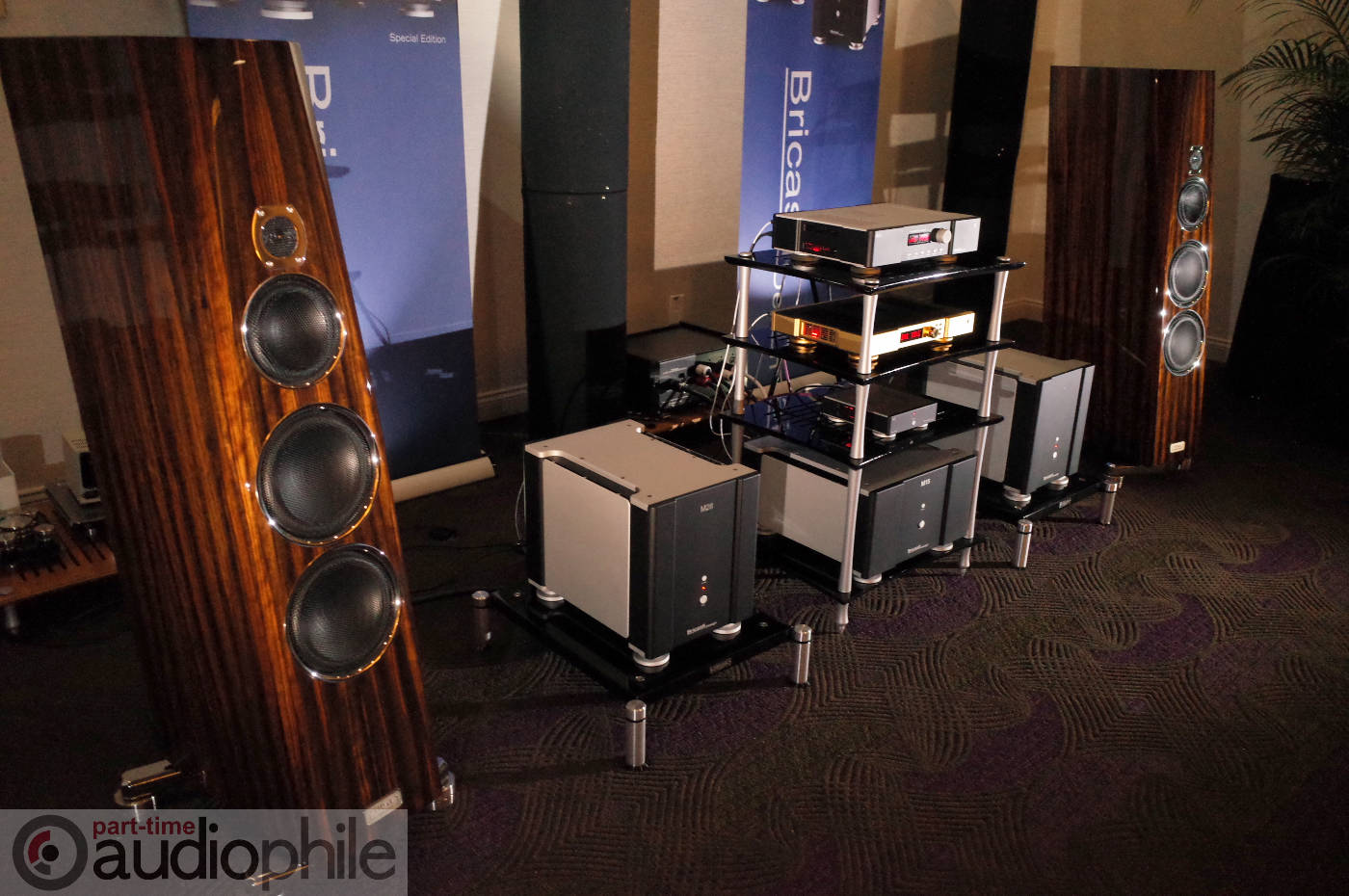 Damon Gramont had one of my favorite rooms at RMAF so I was excited to see what was up next from the offerings of Bricasti Design LTD. Nothing new in the system from RMAF, but a change in the speakers. Now with the familiar Tidal Contriva’s I am teased with expectations, only to have them all smashed. You think you have a bead on something. Be it a sound or systematic character, you build experiences, you collect the data, and nothing adds up. I guess it all becomes one of those, you had to be there moments. Synergy is something we often chase in system building and you’d think it would be formulaic at this point, but it’s not even close. You almost never know what you are gonna get until it’s set up in the room, and you start listening. 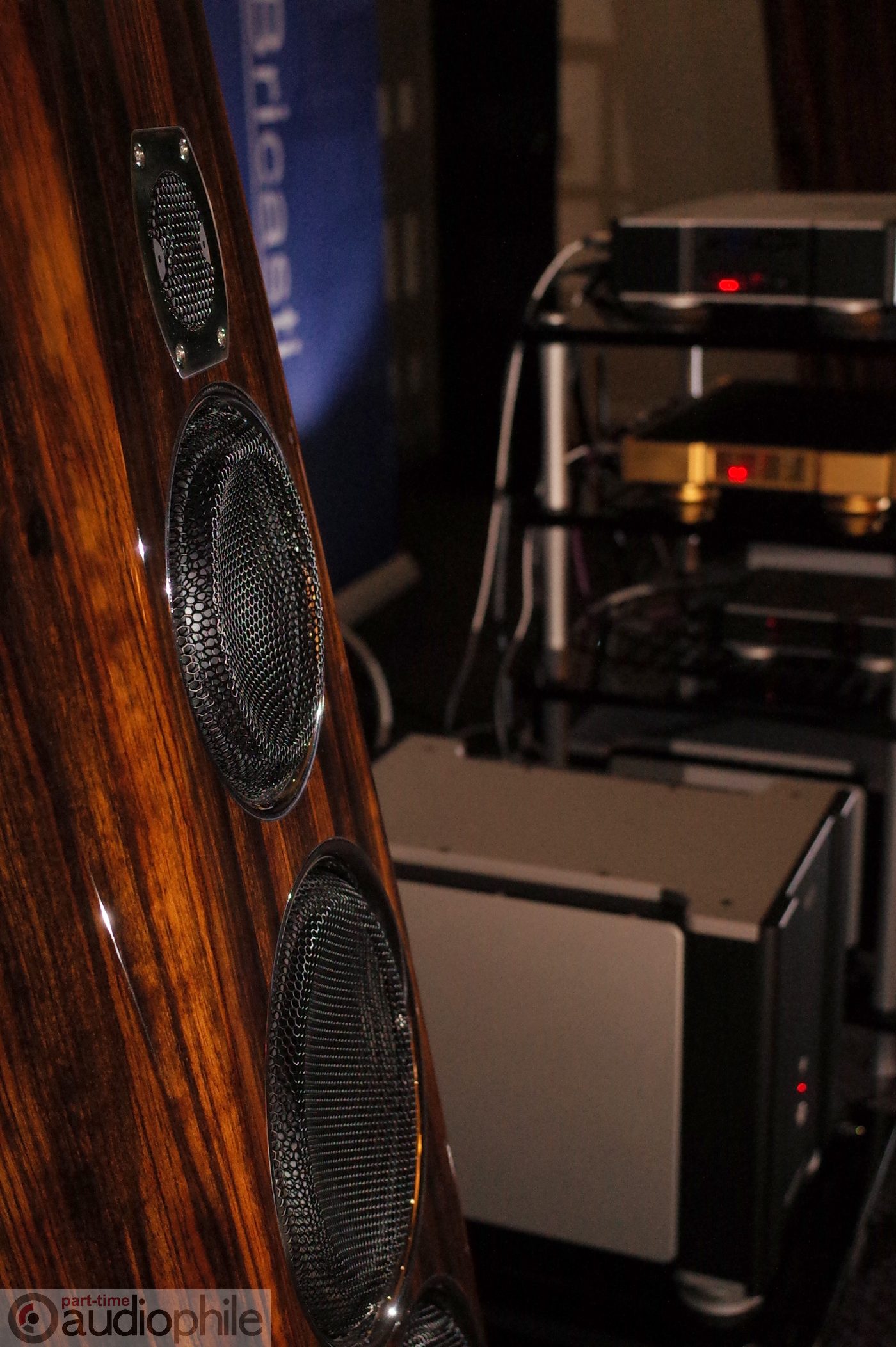 This was a hard room to pin down. A chameleon  of sorts in terms of calling it to one audiophile camp or another. Whatever the recording, that was the character of the presentation. I’d even jump to say that changing tastes in music would be like changing out the whole system. Getting to the point of the music or recording style was of no challenge to the noise free components from Bricasti. A difference of character from what I heard from the Bricasti and Wilson-Benesch pairing at RMAF just a month earlier. Where all music I heard had a rocking and had a brusk sound. Listening to Piano Sonata No. 17 in D Minor, Op 31, No. 2, “Tempest”: II Adagio by Peter Takacs at times I felt I was in the piano, and at times outside of it in the room. Spooky stuff.

Listening to something even more cinematic from the Alien 3 soundtrack, simply titled Adagio by Elliot Goldenthal, tubas were done to a justice that seldom comes to low brass instruments. I know this because I am a tuba player, and as one I’ve often felt robbed when listening to orchestral recordings that claimed to include a tuba or two. 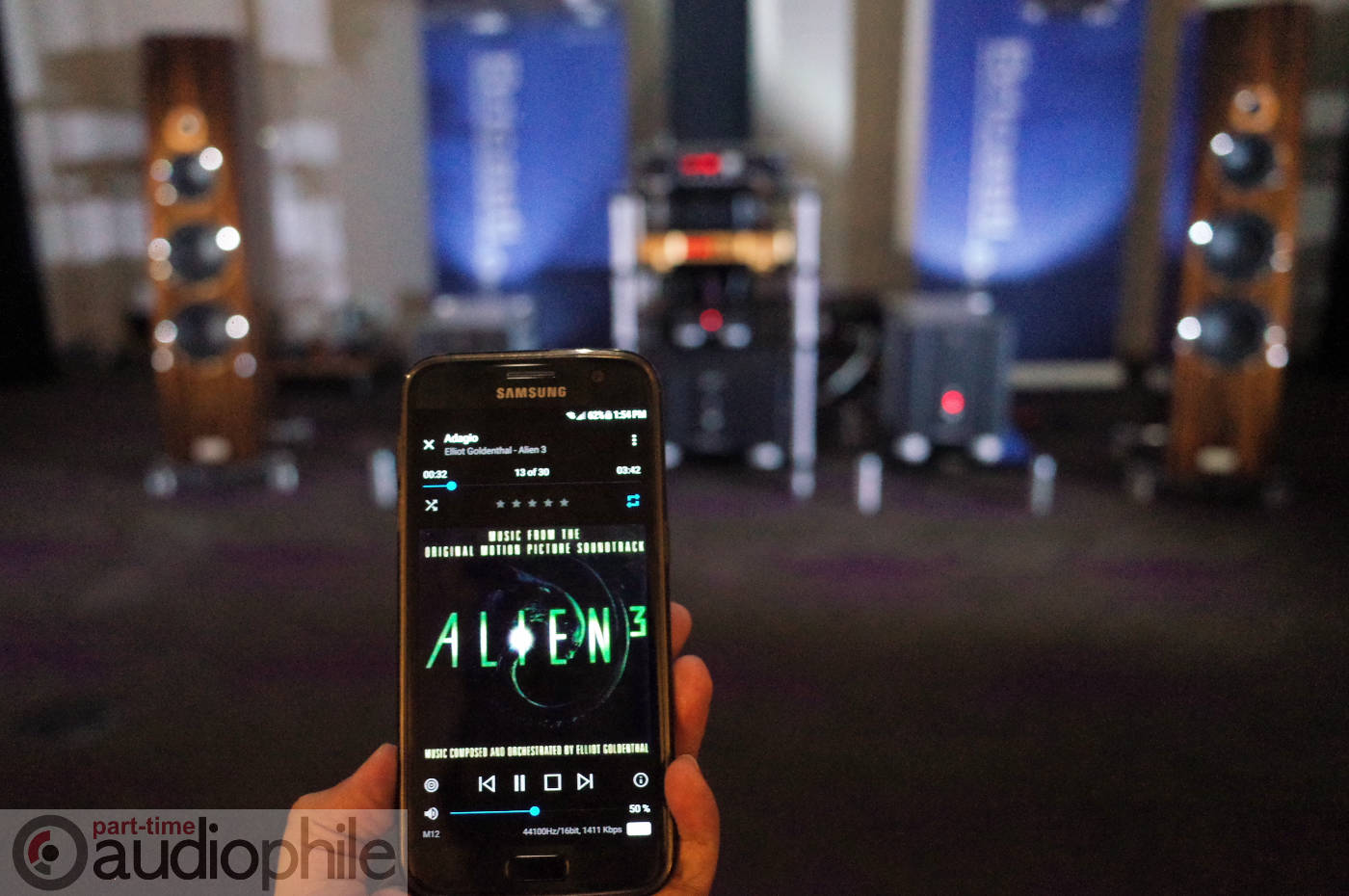 The Vimberg Amea (website) loudspeaker is a two-way, stand-mounted loudspeaker. I’m bringing this up first for a very good reason. When I first arrived at the front door of the Part-Time Audiophile headquarters more than […]

AXPONA 2016: The Voice That Is presents TIDAL, Bricasti, Aurender

In terms of raw sex appeal, an early winner from AXPONA featured a full set of electronics and loudspeakers from TIDAL Audio out of Germany. Pools of liquid ink have been captured and somehow suspended […]

RMAF 2016 VIDEO: Tidal, Zanden and The Voice That Is

I have a great job. I’ll never argue that. I go to hi-fi audio shows, and write about the gear that interests me the most, and Tidal Audio is a German high-end audio component, and […]