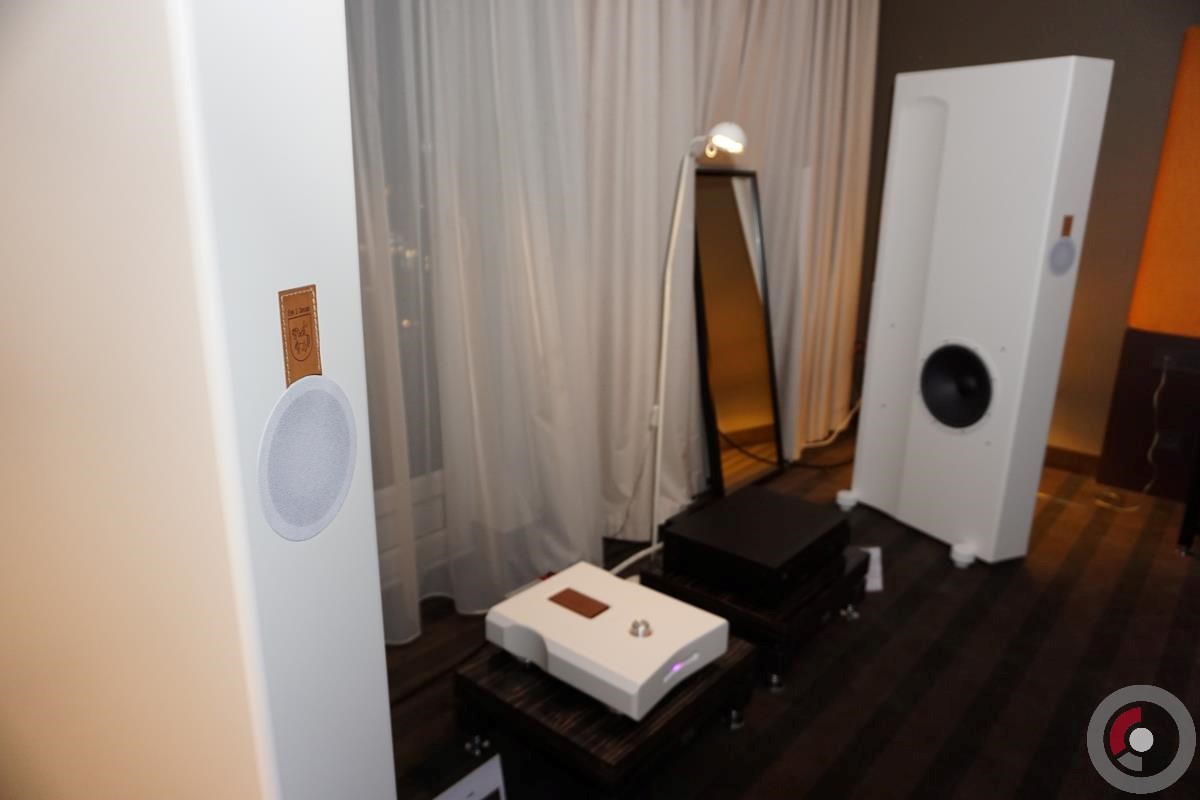 There was something like 100 rooms in the Sobieski hotel, filled with all sorts of gear and Eryk S. Concept clearly stood apart, at least in terms of originality. The main system was composed by nothing more than an old Sony CD player, a class D amplifier and a pair of tall, thin, wavy speakers. I took seat.

The speakers, Eryk named the Wind, pack a front-firing full range driver paired to a side-firing 30cm woofer. Tall and slim, like a whisper of air passing through a fissure, they take my originality award with nothing else coming even remotely close in terms of modern speaker design. Photography doesn’t make ’em justice, no matter how much I tried. The amp, called Fire, had minimalist lines, a single knob on top and a wide LED light glowing purple in the front side. Lovely, and capable of 140W/8Ohms drove the Wind speakers with ease. Can’t say more on the sound, the “vintage” Sony player wasn’t much of a help in drawing any conclusions. 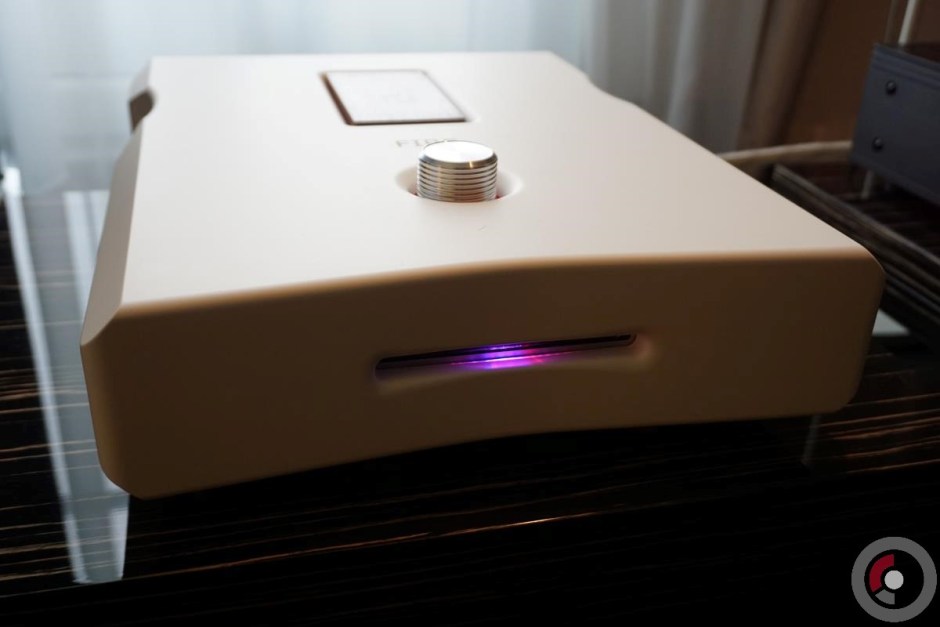 I was somewhat perplexed to find out that Eryk Smolski also makes tube amps and small bookshelf speakers, a lack of coherency in his design language or maybe exploring various solutions? Still, the Wind and Fire combination was eye catching like few other sets in the Warsaw show.