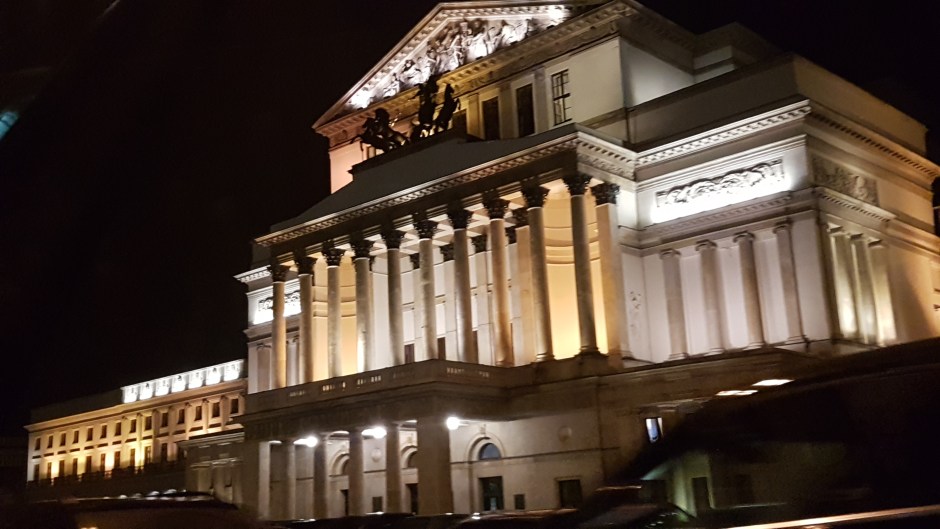 It took me days to digest this new show, new for me as the Warsaw Audio Video Show is going on for more than twenty years now. Big show, I think that only Munich has more rooms and booths so the three days were frenetic, running from one venue to the other trying to make the most out of the limited time available. Wasn’t even sure on what to expect, my guess, proved correct, was a mix of Polish and international brands on display form both manufacturers and local importers.

The size alone is not a valid indicator of a successful show, other factors kick in. World first presentation is a strong indicator that companies take a show seriously and Sonus Faber presented the new Aida II flagship speaker in a room always packed with people, too packed if you ask me. Couldn’t get a clean shot no matter how much I tried. Attendance is also a strong indicator of performance and the show had some 15.000 visitors, which is a huge number by any standard. Press coverage is also important and I bumped into journalists from at least ten international zines, surely I must have missed others.

That said, the most important thing in question, the one that makes or brakes a great show is having fun, and while I ain’t sure if this sensation came out of my coverage, it was among the most exciting shows I’ve attended in a long time. Credit goes to the Polish manufacturers who were friendly, polite and what was missing in terms of professionalism (they are relatively new in this game) they made it up with their manners and passion for what they are doing. 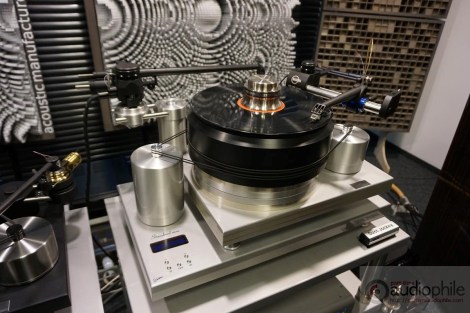 I got this idea, after speaking with a few of them, that back in the communist days if you wanted an audio system you either had to do it yourself or go for a DIY solution from a friend. That huge push towards DIY and the new shift towards capitalism gave birth to hundreds of audio companies, most still in search of an identity. This is not a country with the tradition of say Denmark, UK, Japan or the US but they are coming and believe me when I say, they are coming fast. Some are already there, claiming accolades from the hobbyists and the press. If Mytek was founded by a polish designer, Michal Jurewicz, mostly active in the US Lampizator is a proven reality 100% made in Poland, the latest flaghship model by Lukasz Ficus, the Pacific DAC, was among the most important pieces of gear of the entire show. Coming from the DIY world many exhibitors seemed less interested in cables but Audiomica had some gorgeous pieces of jewelry on various rooms. If I should put my money on some of the Polish companies I got to know during the show that would be turntables from Sikora and Tentogra, electronics from Wile and Amare Musica, speakers from Sveda. 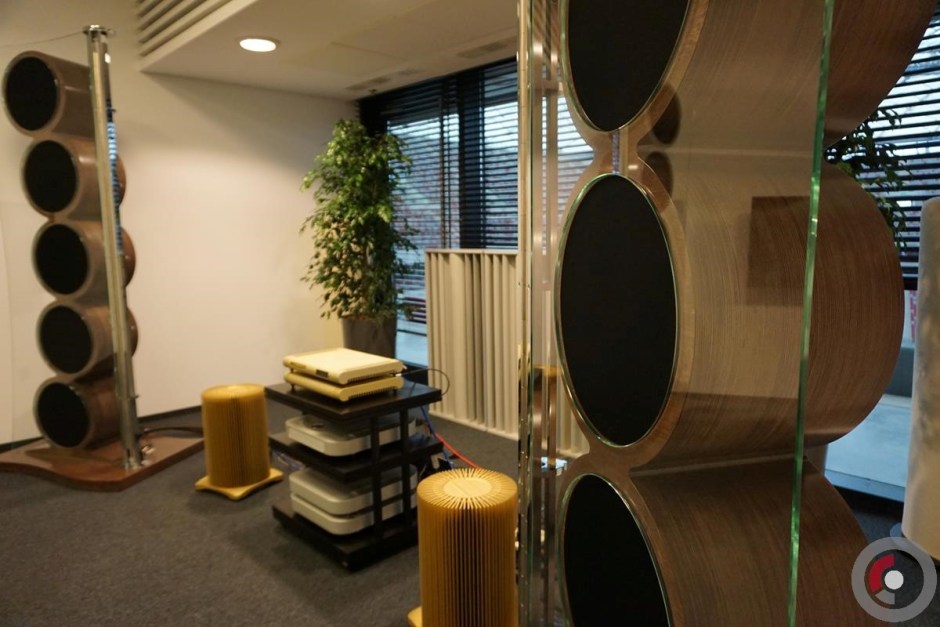 What was missing from certain designers, in order to make the jump, has more to do with details rather than design issues. Marketing and PR are still to be fully developed, several rooms had old CD players acting as sources, vintage gear was mixed with new designs. Many had no leaflets and some unfortunately weren’t prepared to talk with journalists, English was not always an option and my Polish is limited in one word, I got lost in translation a few times. Small things like offering a proper room illumination and print the “menu” as I call it, the complete list of components would have helped enormously.

International brands have every reason to show up in Warsaw, I can’t think of another European show, except for Munich, that offers so much in terms of coverage, a big local market and 15.000 visitors  flying in from all around Europe. The difference with Munich is the cost, showing up in Poland comes much cheaper while services and food is cheaper, not to mention delicious.

My personal best comes from the simplest room of the show, the Sveda Audio monitors paired with Lampizator’s Pacific DAC and streaming computer. Really, you can’t distill a system down to its basics, not more than this “add only music” combo. Generally speaking I am sold for quality monitor speakers, precise, clean and with excellent top to bottom extension like the Sveda designs.  Adding a great piece of digital front end like the latest Lampi design, the glorious Pacific DAC gave that touch of warmth without compromising fine detail retrieval for an end result that was sublime for any given piece of music, from classic to jazz and from Polish folks songs to electronic 120bpm tracks. 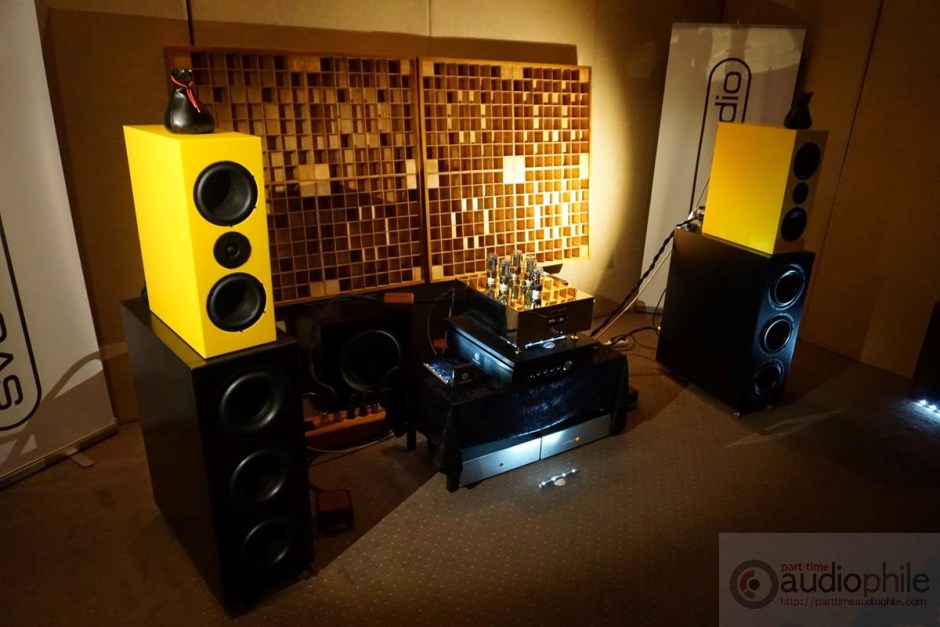 Honorable mention for the VTL-Rockport-VPI, the Soulsonic-MSB and the Jadis-Serblin-DaVinci rooms who all made excellent music. Besides the already mentioned Pacific DAC a speaker to die for is without doubt the Sonus Faber Aida II, if I had the money I would buy it just to admire the finish and attention to detail, second to none. I was also particularly impressed from a Snell Type A speaker replica, or better a modernized version made from a Polish importer Wojtek Szemis, the price for this intriguing concept will unfortunately be north of 65.000 euro. For those with less deep pockets the new Mytek Brooklyn DAC+ sounded exceptionally well for the money and much more natural than previous iterations.

As the title suggest, one great show! 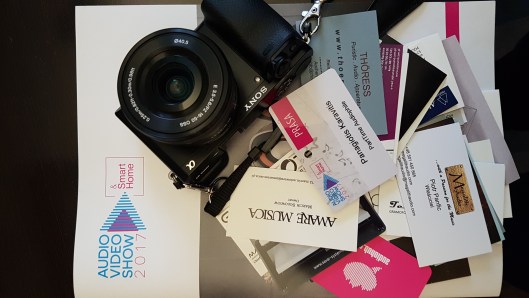 by Rafe Arnott Wilson Audio makes speakers that remind me of Darth Vader. Since I’m a huge Star Wars fan, this is a very good thing, and every time I see a pair of Wilson’s […]

Gershman Acoustics is a brand I’ve been following for years. Visually, the speakers are arresting and a little on the avant-garde side of the design spectrum, but sonically, these little buggers can jump. Shown here was […]