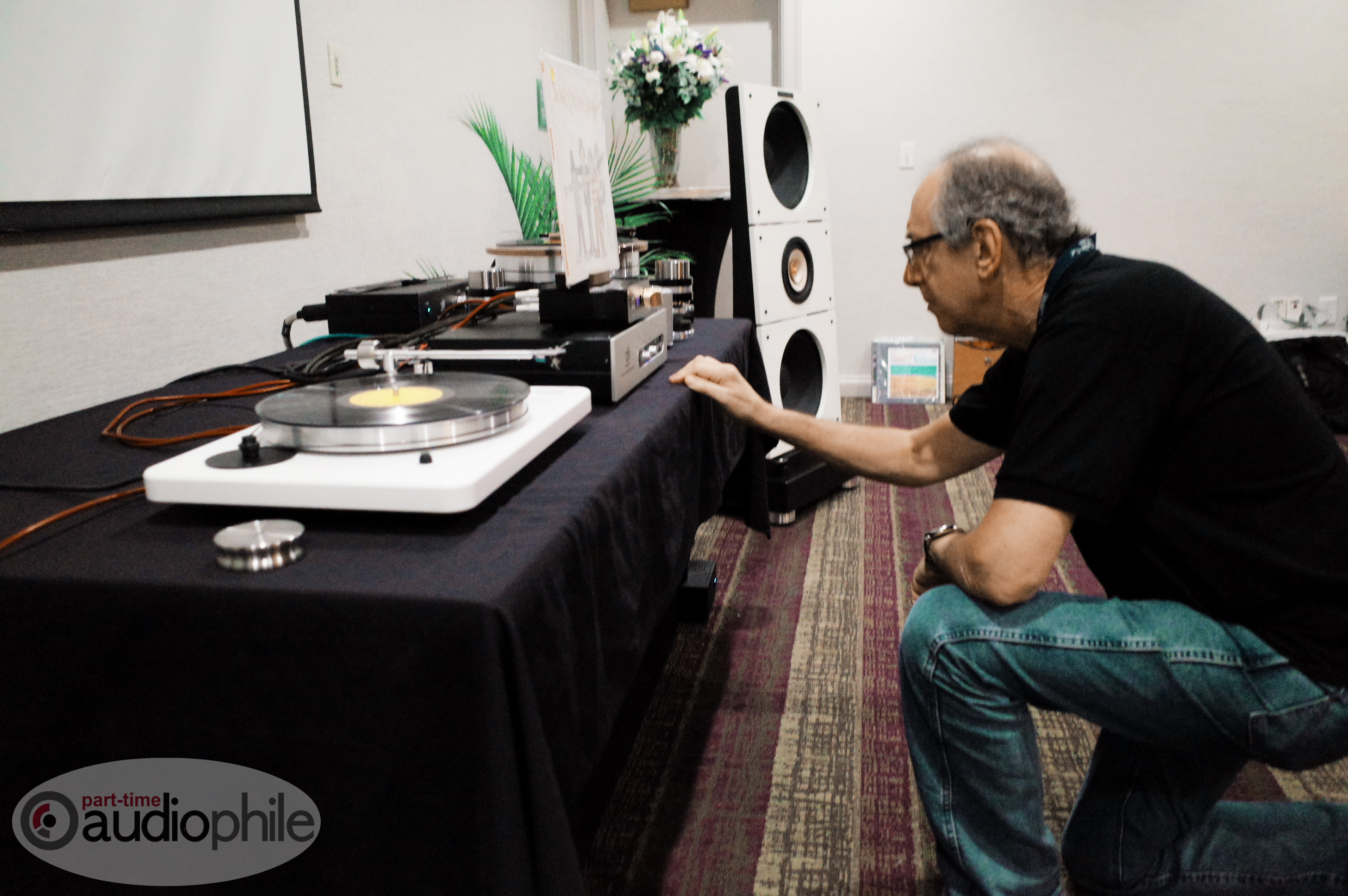 I’m not too worried about how late this show report is because Capital Audiofest feels just like yesterday’s breakfast. Along with the feeling that collective demonstrations from VPI Industries, Luminous Audio, and Pure Audio Project are in my mind giving us a brief look into the future. So despite this article seeming a bit of procrasturbation material, I remain firm with the feeling of being an early messenger to what aims these brands will achieve within new markets.

Nothing excites me like a truly audiophile product that aggressively chases after younger listeners and beginner hobbyists. With so few in the hi-fi industry (on all sides) convincing me that they understand even a tiny bit about where the under forty market is, VPI kicks in the door in with the very under-forty Mat Weisfield and his newest creation – The Cliffwood Turntable. While most companies are outsourcing production (and sometimes design) of their entry level turntables to sweatshop studios in the far east, Mat at VPI decided to stick with 30 years of family tradition and build his new entry level turntable at the VPI headquarters in Cliffwood, New Jersey USA.

Not to pound in the ‘Murica first production point too aggressively, but the Cliffwood is also armed to the teeth with a Brooklyn NY made Grado Green cartridge, and custom headshell designed by VPI to make for ease of integration. All of this fancy kit sits amidst the skinny end of a nine inch aluminum vertical yoke tonearm and wrapped MDF plinth. The table retails for $900 USD and is currently available only to domestic US customers, but will later open up to global markets.

Continuing with the “VPI on the cheap” theme, the more recently acquired Mike Bettinger of VPI debuted his Voyager Phono Preamp. JFET at its heart, Moving Coil or Magnet, all capable and delicious sounding for the price. Retailing at $2,500 USD, Mike informs me that this design coming from a smaller outfit would easily demand a retail price tag of $6,000 USD, but doesn’t thanks to the economies of scale working within the VPI universe. (In other words: Get out your checkbooks.)

Making friends with all of this analog wonderment is Luminous Audio and their reference quality Axiom II passive preamps. Coming in a variety of outfit options and upgrades, you can begin your journey with Luminous for under $200. I assure you, this is no scam. At prices like this, millennial audio enthusiasts won’t have to steal from their beer money. Carrying on, I peruse the display tables and talk with Tim Daren Stinson of Luminous Audio about the have it your way designs available for the Axiom II preamp. If ever I’ve been so tempted to make excuses for something I don’t need — this is it.

The Axiom II is a passive preamplifier in a class all by itself. In un-trend fashion it is a fixed series/ variable shunt device. In layman’s terms this means the audio signal does not actually flow through the volume control, the signal instead flows through one high quality resistor and the amplifier’s inputs are shunted to ground via the Axiom II’s ALPS potentiometer. No signal flows through the volume pot (better known as the weakest link in most preamp circuits). Our listening today however was done with a “Walker Mod” version with a feature-set of options taking it higher in price point, but likely still under $1,000 USD.

Moving along from there we find a pair of 20 watt monoblock solid-state amplifiers built Mike Bettinger of VPI just for this show. Not a pair that would be for production, so I won’t go on much about their design, but more their intended use. Originally VPI and cohorts had planned to be in a much smaller room here at Capital Audiofest. So speaker and amplifier choices were taken into consideration as such, but as CAF luck would have it, here we are in a room where VPI held court a year before with Godzilla sized KEF speakers, their own Titan-esque turntable, and Odyssey’s herculean level of amplifiers. Were they to be outdone by their own previous performance? (more on that later)

Finally at the end of the chain, carrying the duties of loading a room well larger than what any sane person would expect from a modest sized system, the Pure Audio Project Trio 15TB ($3,990 USD) open-baffle speakers outfitted with Tang Band W-1808 full range drivers that I’ve heard many times before in other designs, but not to the level of execution we see here. Can we say crossover implementation here is everything?

I’ve said it before, and I’ll say it again: Ze’ev Schlik (the founder of the Pure Audio Project) is really on to something. Ze’ev is countering the often negative or fruitless experiences that many audiophiles looking to enter the DIY segment of the hobby encounter. As we all know, the internet is filled with: DIY forums, project videos, and theoretical discussions. Half of them spurious at best in terms of delivering the affordable sonic wonderland they promise. However, the demand for customizable, build-it-yourself audio projects remain. What the Pure Audio Project has done to change the DIY landscape is two-fold: 1) offer reliable speaker components and designs associated with some of the best manufacturing available, and 2) offer a truly DIY experience to customers without the risks often associated with garage designed plans. 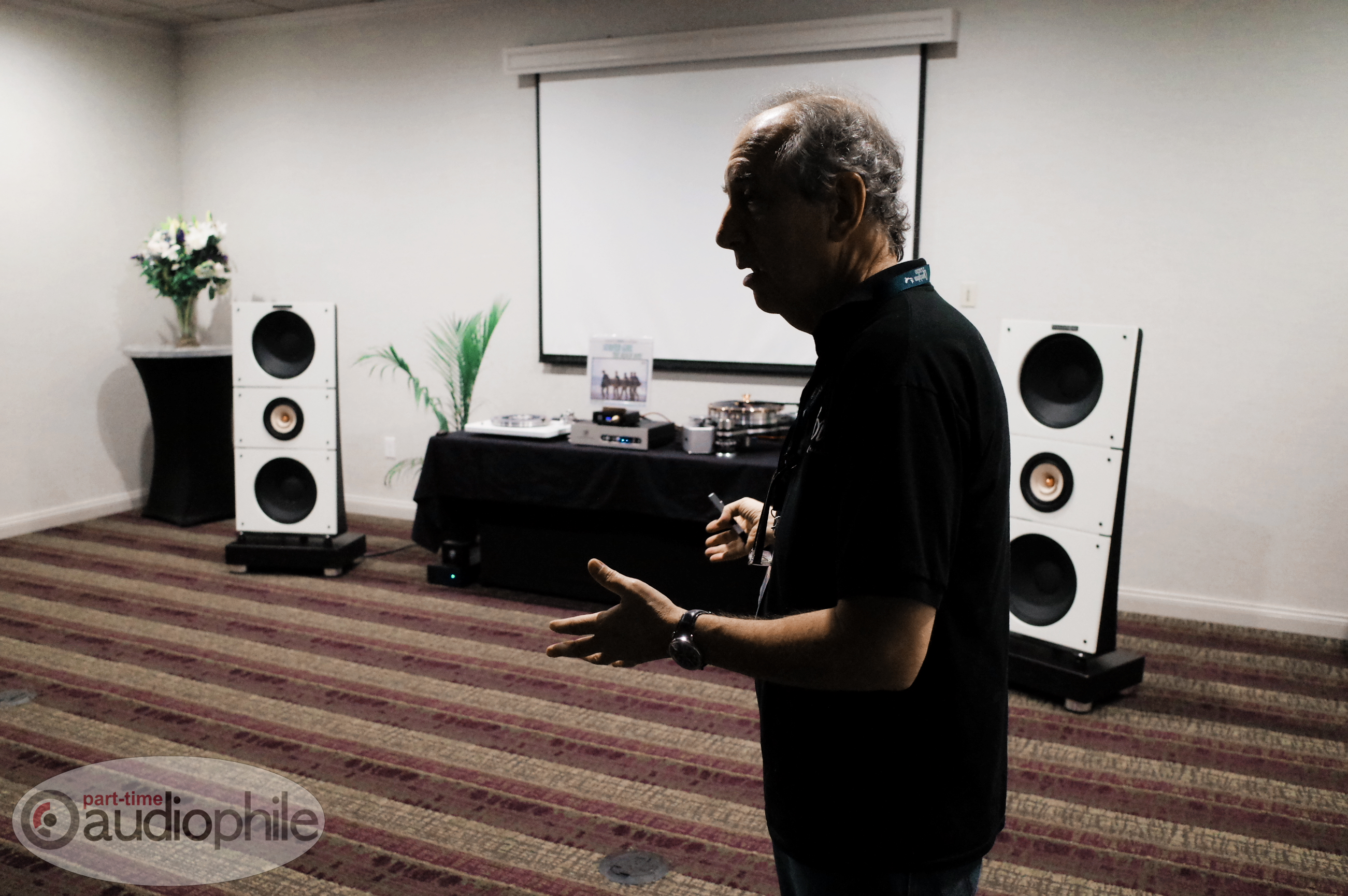 Firstly, it must be addressed again that this system was intended for a much smaller venue and could have suffered from being plummeted into such a large and demanding room. But no. Not even a little bit. At no point did I fear that the 20 watt amplifiers were in range of clipping, nor did I feel that bass and projection of weight were missing. In fact, this was one of my favorite sounding rooms at the show. Volume and detail of it were all intact. I’m actually not surprised.

This was my first time hearing Mike Bettinger’s new Voyager Phono Preamp, and all I can say is, wow! Either it being the synergy of working in-house or just the right humidity of the room, everything was clicking. The VPI Cliffwood held its own in the company of much more exotic and illustrious components. Nothing about the sound of this room screamed value to me, or compromise. The cost of the entire system was less than the platter ring on the bigger VPI Avenger Reference turntable that was also quietly on display.

Extracting and dancing with the nano-volts, I felt like synergy had been achieved by the group as a whole. Bass from the highly sensitive Trio 15TB’s was huge, despite the only 20 watt underpinning. Track after track, record after record, and visit after return visit. I was continually in love with what I was hearing and excited for where I know these high value products might find their final home. In the also excited and ambitious hands of someone much younger than myself. 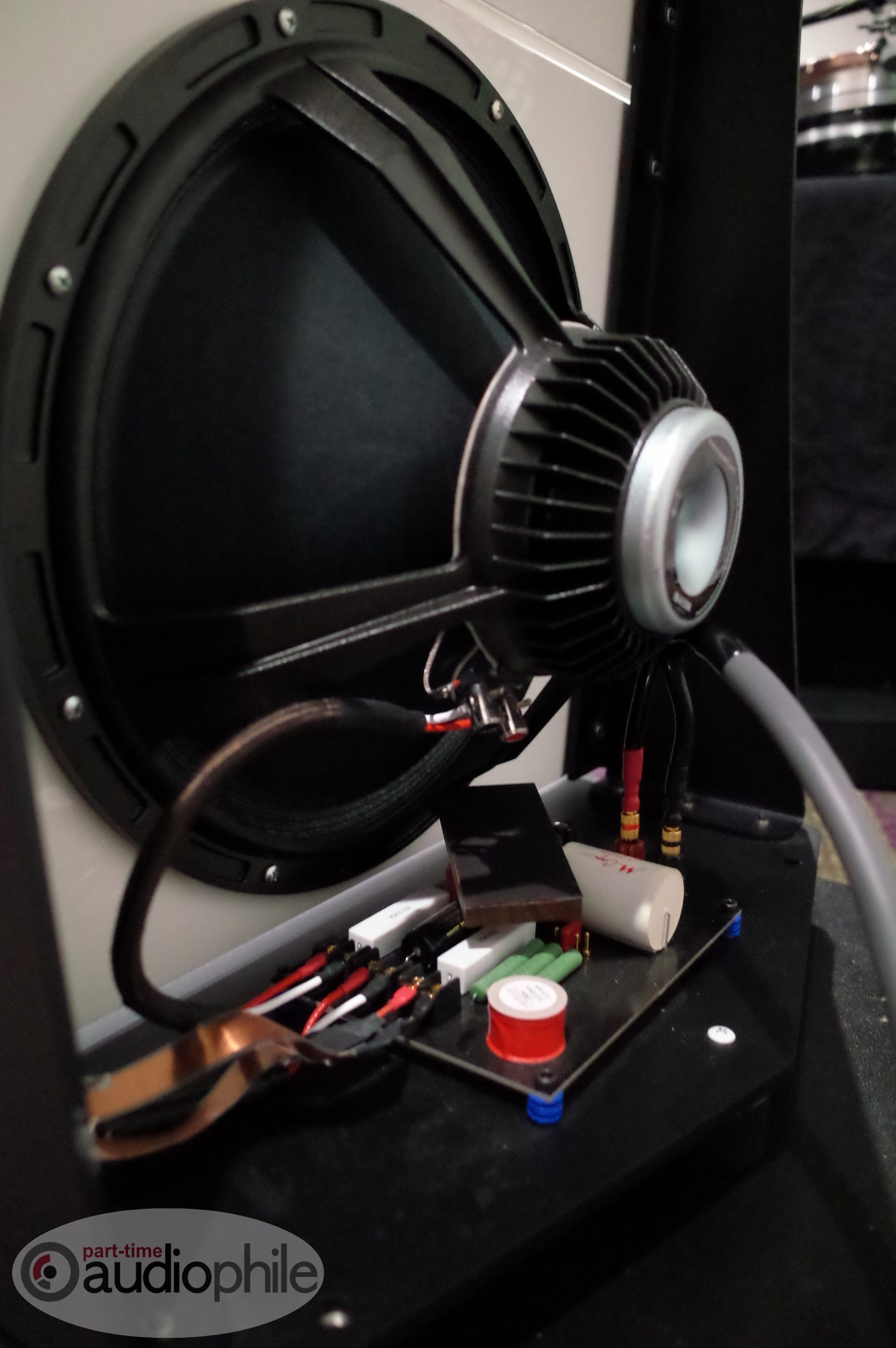 Luminous Audio Axiom II Passive Preamp (starting at $195 up to $999, plus options)

The Dynamic Sounds Associates (usually just DSA) were here at RMAF to show off their new line stage preamplifier, the Pre 1 ($16,500). This new preamp is cosmetically matched to the Phono II ($12,000). With […]

Color me “intrigued”. Shinola and VPI have gone ahead and done something that makes my shriveled little heart grow three sizes, and just in time for the holidays. Shinola has been brand-building and brand-expanding for the […]

SoCal dealer Brooks Berdan was showing off some very fancy electronics at Newport this year, and when I turned the corner and saw the recently reviewed $30k Direct Drive Signature turntable from VPI and Light Harmonic‘s $31k Dual DAC, I […]