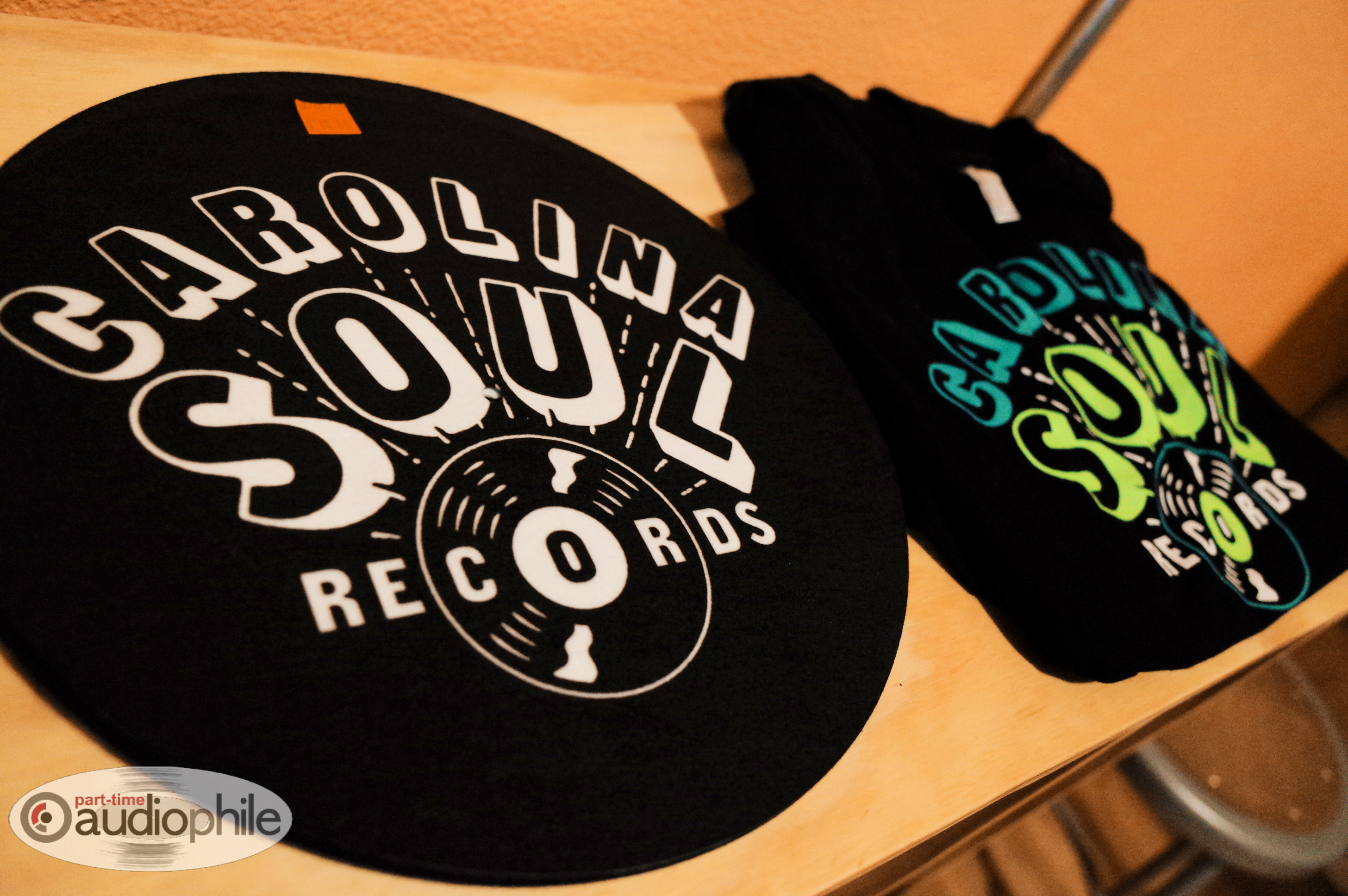 I became a music lover around the age of four when I discovered my parents record collection and convinced them to let me touch the knobs on the family All-In-One Quadraphonic stereo. Tweaking the 2-Channel and 4-Channel switches back and forth, moving the speakers, adjusting the bass and treble, I quickly became aware that better and tailored sound could be achieved. One could say this was the moment I unknowingly became an audiophile, as the largest amount of energy spent by most audiophiles is in the tireless pursuit for absolute involvement with the music. Later, around age ten, I took ownership of the personal adage…

“If it ain’t broke, it can probably sound better.”

Many a after school project lie in deconstructing speakers, radios, and receivers hoping to find something the manufacturer did poorly enough that I could improve upon it. By my middle teen years I had assembled through cobbled parts and purchases a ten speaker stereo. I felt like a king, and my friends were admittedly envious, but also spoiled with my willingness for them to access my boyhood stereo. This was the pre-internet days (at least in my parents house), so knowing that there were others like me out there wasn’t even in consideration. I was not aware there was a label for our class of people. Had someone uttered the word  “audiophile” to me at that young age, I probably would have imagined a goatee’d pervert having his way a lubricated speaker port. I don’t remember how I stumbled upon my first Crutchfield catalog, but back then it set me on a path lusting for each monthly issue to arrive in my mailbox, reading the speaker specs, and salivating on the stock images of components. I imagined what I would do if given the means. 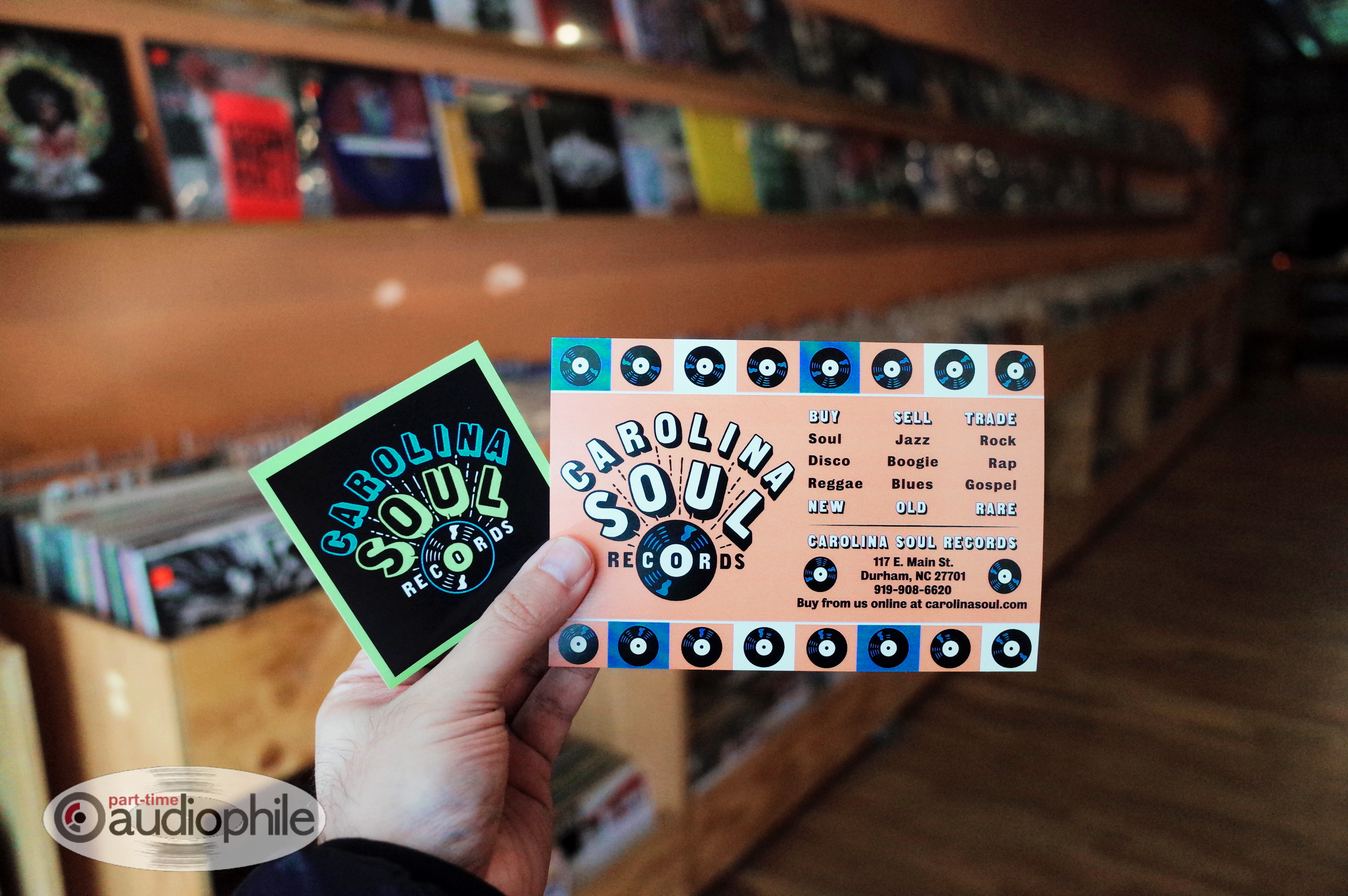 As a teenager I loved my records. They were definitely better sounding and sexier in every way. They were, and still are some of my most prized possessions. Records stores for most of my youth were the place I would spend the bulk of money. For any confused millennial readers, yes, we actually had to pay for music in those days. When I got my drivers license, I’d drive to record stores. When I got my first job, the paycheck would often entirely go towards the acquisition of new music. My first credit card? You guessed it, maxed out from overspending at the record store.

On this day I find myself strolling around downtown Durham, North Carolina still hazy from going “crazie” over last night’s Duke vs UNC basketball game, and now reliving fond memories of Durham’s Moog Fest which I attended in the spring of 2017 (read more about that here and here). Moog Fest 2018 is quickly approaching and reminding me that some of my favorite record stores are located in downtown Durham. Most will once again be peddling strong at the popular Moog Fest Record Fair. Of particular note last year was the vast inventory of Carolina Soul Records located in downtown Durham, but also selling worldwide through eBay and Discogs internet stores. Carolina Soul runs a multi-hundred vinyl eBay auction every week. Filled with rare and classic LPs, 45s & 12″s, the sets are genre-specific: soul, jazz, rock, dance, R&B rap and Islands are their most frequent auction types. Carolina Soul professionally hand-selects, cleans, grades and sound-clips each item in an auction. Acid-free sleeves and expertly packed boxes, make sure that orders get to online customers securely. Through Discogs the selection runs thousands of records deep, across all genres both major and minor, prices are competitive and shipped with the same care given to their eBay auction customers. 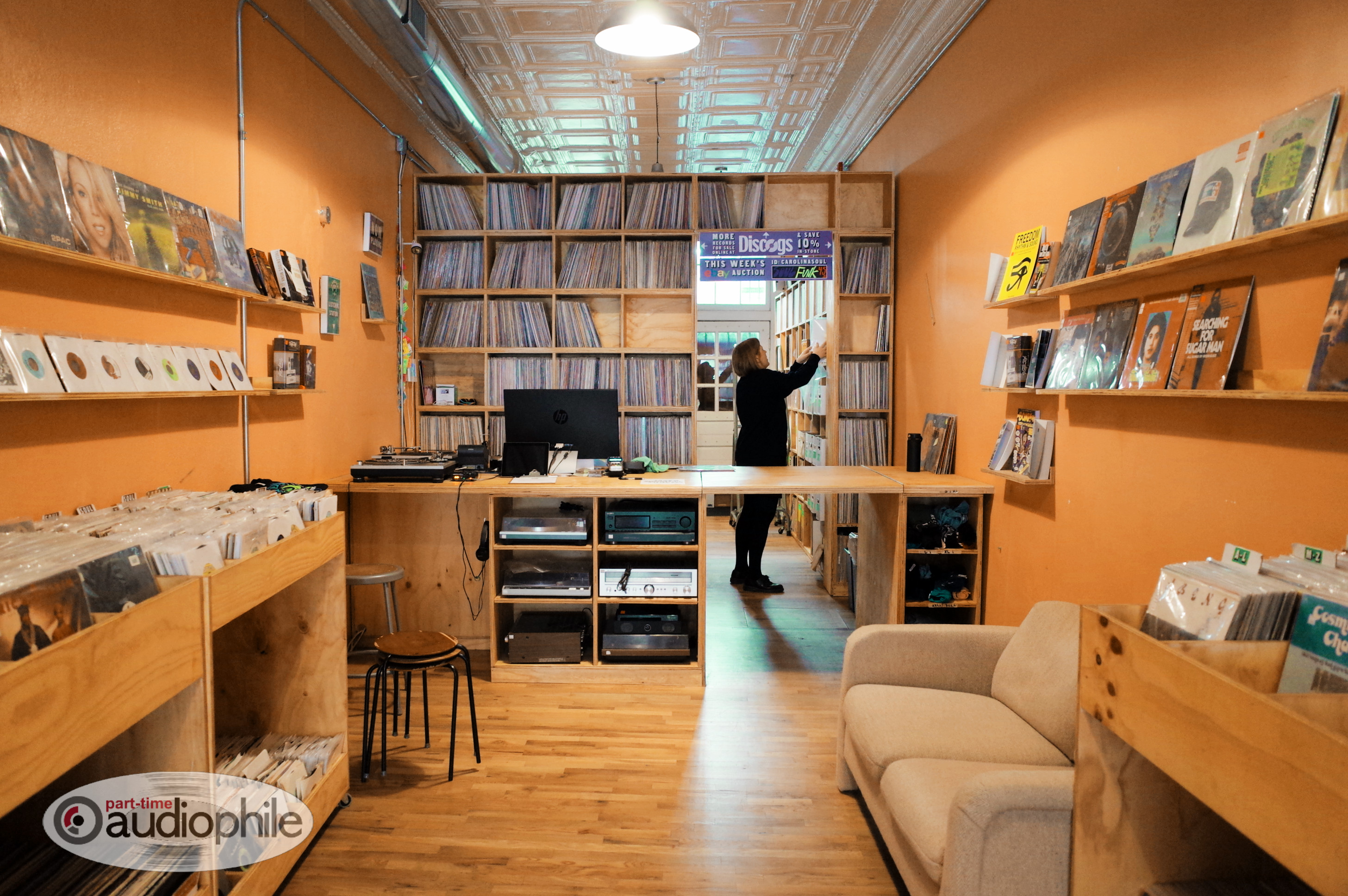 It’s no secret that Durham and North Carolina is home to many of the history’s greatest soul, jazz, and gospel musicians. So it makes perfect sense that if one were to become the go-to source for rare and copious amounts of great soul records, this would be the most fertile land to cultivate. As I cheerfully enter the retail store, I am swiftly overwhelmed by the shocking tonnage of wall-to-wall soul records. I don’t know where to begin, or more importantly where to end. From the vinyl collector, seasoned DJ, on to the still wet behind the ears Duke University student, the local clientele is a diverse one. Case in point during my visit, local superstar Ariane (a.k.a. DJ Betty Belch of WXDU fame) was in store digging the records and sampling the wares at the store’s listening station.

What started as a hobby for owner and founder Jason Perlmutter, has in a little less than a decade blossomed into a worldwide customer fanbase and thriving brick-and-mortar store with a staff of nearly twenty. Like most common routes to success the path is nary a straight line. Through adaptation and fervor to find the best records available, Jason found himself doing the most appreciated role in commerce, being a great middle-man.

Carolina Soul will buy or consign part or all of your record collection.

If you are hungry for more information on the soul genre, look no further than historical and educational site CarolinaSoul.org

Death of an icon?

By now, you’ve probably heard the terrible, horrible, no-good, very bad news. Based on my investigative skills and deep perspicaciousness and the fact that I’ve read an article or two, I can confirm that it’s […]

“Just to let you know, we have a high-fidelity stereo system in the store today. I invite you to select any record from the shelf, take the center yellow chair, sit back for a listen… […]

Look what the cat dragged in: Plinius Koru

March 4, 2011 Scot Hull Analog, Review Comments Off on Look what the cat dragged in: Plinius Koru

I went to pick up Scot Markwell’s (of Elite A/V) show-room demo Plinius Koru phono preamp from Command Performance A/V today. This is that phono stage that I had a devil of a time finding […]