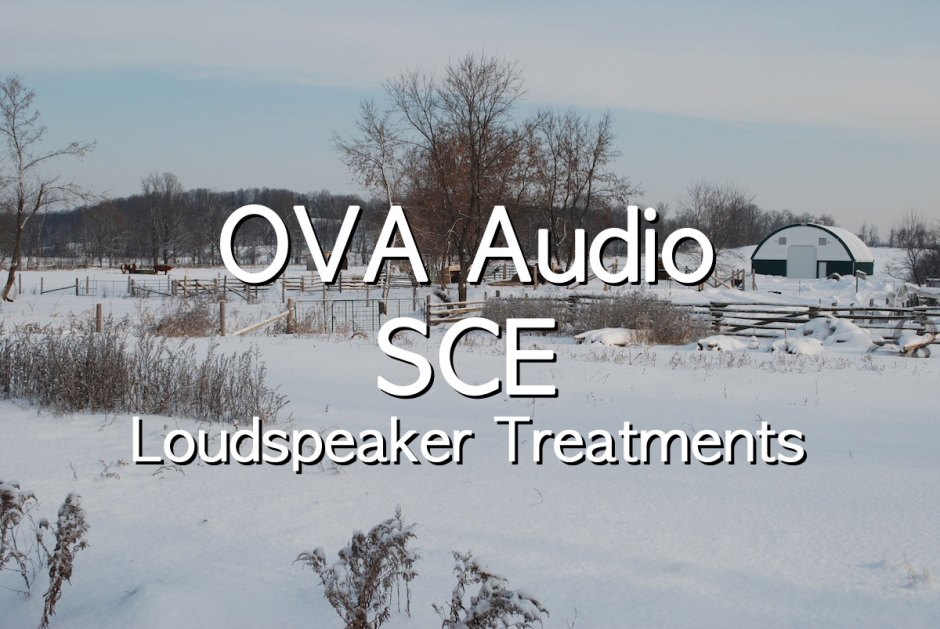 “Being born in a duck yard does not matter, if only you are hatched from a swan’s egg.”

“Often a hen who has merely laid an egg cackles as if she laid an asteroid.”

When it comes to speaker cone materials, my dear readers, everyone has their favorite. Some audiophiles prefer the sound of aluminum or magnesium cones for their speed and their accuracy while others are drawn toward polypropylene drivers for a more refined monitor sound especially when combined with some of the classic BBC-licensed designs from the past. More often than not I am attracted to organic materials when it comes to speaker cones. In most cases I would be referring to paper cones, perhaps the oldest cone material in the world, and its variants. My father the engineer was very fond of telling his young and ever curious son that “Paper is everywhere and all you need is an axe and a tree to get it. That reminds me, have you finished your chores, Modest?”

You will not be surprised if I say there is more to paper cones than just paper. Just because the LS3/5a was the size of a shoebox doesn’t mean it was made from one even though my father often used this idea for several entry-level prototypes that never quite came to fruition. As a knowledgeable audiophile you already know that paper cones are “treated.” That means coatings are applied to the surface of the cone to improve their performance in various ways. These coatings must be applied precisely and evenly so that the sound will be projected precisely and evenly to your ears. 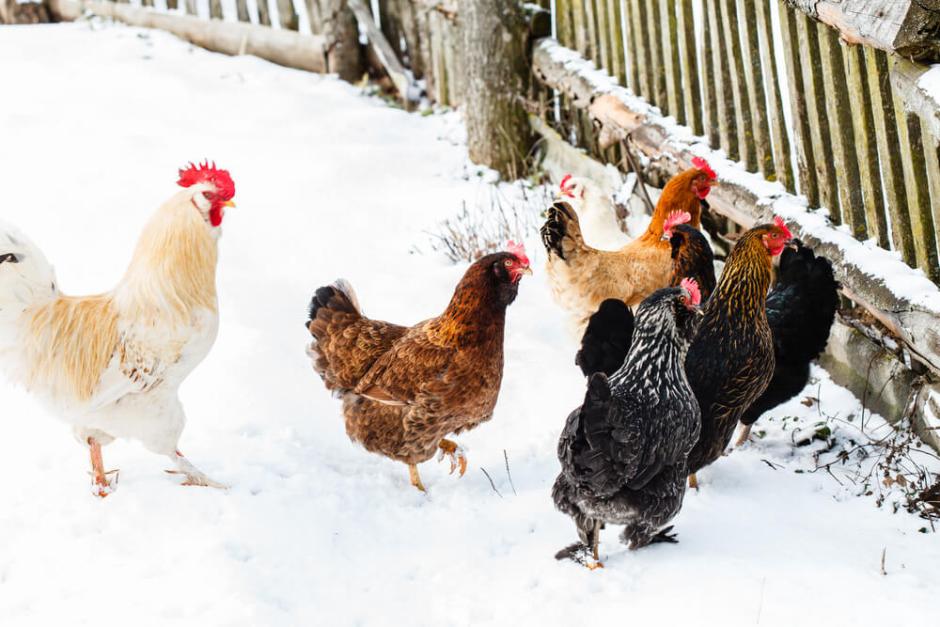 What are these coatings and how are they made? Which ones work the best? My dear and gentle Canadian friend Dr. Luc Brouilles has been doing plenty of research in his isolated ranch in the southern reaches of James Bay which of course is a very northern latitude. He is not an electrical engineer like my dear father used to be. No, dear reader, most of his life’s work has been in animal husbandry where he has spent a lifetime genetically engineering the Chantecler chicken so that it can be raised in even colder climates.

“The Quebecois were never able to raise chickens effectively in the North, so the Chantecler was bred to be hearty and cold-resistant,” Dr. Brouilles explained to me during a recent telephone call. Did you think I was going to visit him in person, dear reader? First you will need to look at a calendar and see what month it is and then you will need to pull out a globe and see where Northern Quebec is.  “Before the Chantecler came along, we just didn’t eat a lot of chicken or eggs in this part of Canada. En tou cas, normal chickens would turn into chicksicles before they could lay a single egg. It was not an ideal situation, la la.”

It is important to mention that Dr. Brouilles did not invent the Chantecler. Heavens no, they have been around for generations. But he did continue to breed this larger-than-average species so that it could endure even colder temperatures. Thanks to Luc’s hard work on a new “Super Chantecler,” chicken ranches are now sprouting up along the banks of James Bay and the Hudson Bay for the first time in history. While this research strengthened the normally stingy economies this close to the Arctic Circle, Dr. Brouilles also found an unusual way to employ these chickens for his other passion. 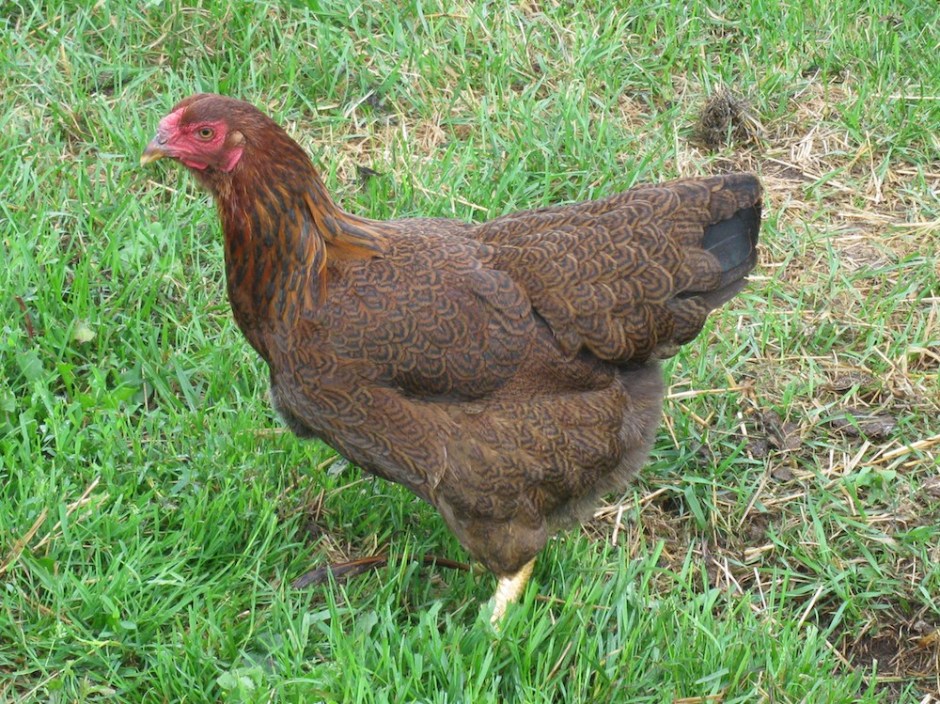 You have guessed correctly! It must be since you have read many of my other articles in the wonderful Part-Time Audiophile. Luc is also an audiophile and an amateur speaker designer.

“One day while I was cooking my very first batch of scrambled eggs, I noticed that the viscosity of both the egg whites and the yolks of this new species of Chantecler appeared unusually dense,” Luc explained. “After I finished my breakfast I washed all of the dishes but I forgot to clean the top of the stove and some of the raw egg had a chance to dry out. Aweille! It was almost impossible to remove, but it was strangely smooth and evenly distributed through its basic puddle structure.”

At first he started thinking about industrial surfactants and other obvious applications for this yellow compound. Then he started thinking about high-end audio and how SCE (for Super Chantecler Egg) could be used to improve the performance of various types of equipment. Like most Canadians, Dr. Brouilles quickly gathered a dozen SCE samples and several pairs of Dynaco A-25s he found at an estate sale in Métabetchouan–Lac-à-la-Croix and headed to the National Research Council of Canada in Ottawa where Canadian speaker designers can test and measure their designs at no cost to them. It is often said that Canadian speaker manufacturers offer incredibly high value because of the facilities at NRC.

“After carefully applying SCE to the cones of the Dynacos, I did notice more coherence through the upper bass and the lower midrange. I used the test equipment at NRC to confirm what I had suspected. SCE actually improved the frequency response of the drivers so that the classic A-25 ‘crossover gap’ between the woofer and the tweeter frequencies was much less noticeable.”

“Well, it is a 10” 2-way loudspeaker,” I replied. “One of the classic complaints is that the upper bass on the Dynaco A-25 is a little ragged and bright because the crossover is set too high.”

“Exactly,” Luc confirmed. “Coating the 10” woofer cone made it suddenly sound more like an 8” cone and yet the low bass frequencies were not affected at all, according to the measurement gathered in Ottawa. One simple coat of Chantecler egg, beaten rapidly with a whisk, made the Dynaco sound like a more contemporary design, la la!”

Once Dr. Brouilles was able to confirm the impact of this new natural coating material, he had plenty of practical considerations to address. First, he performed rigid A/B comparisons with other types of eggs to determine whether the Chantecler coating was uniquely suited for this application or if any egg could provide a measurable sonic improvement. 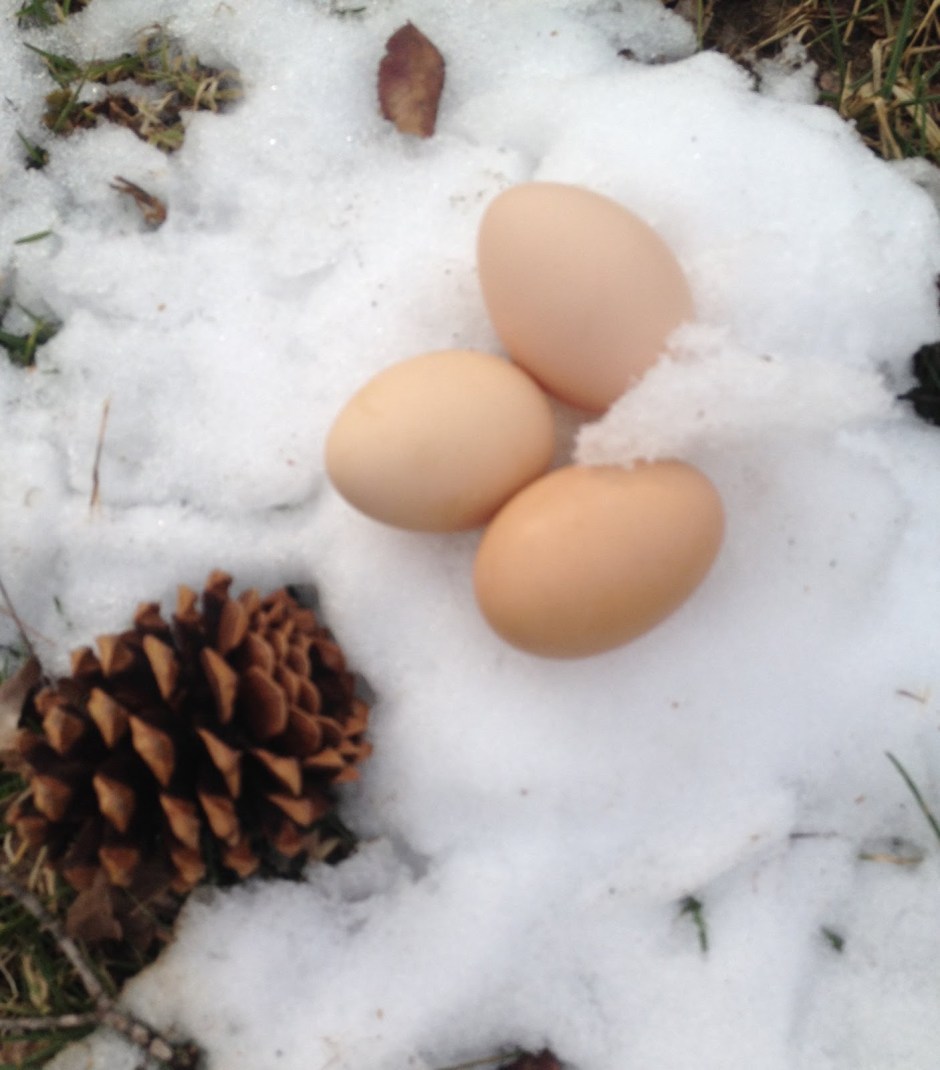 “I used plenty of eggs from a wide variety of fowl. Duck eggs, for example, added a rich and savory sound to the lower frequencies but rendered a little fatness to the upper bass that no one cared for. Goose eggs, which are plentiful in Quebec, turned out to sound like marde. We overnighted some ostrich eggs from a ranch in California and sacrament, they were held up in customs and were spoiled by the time we received them. It took us weeks to get the smell out of NRC, and they made a rule banning the use of ostrich eggs in the labs after that unfortunate incident. I was particularly disappointed because one ostrich egg can coat as many one hundred 8” woofers!”

“Too bad,” I replied. “How about regular chicken eggs?”

“La la, we thought of that right away. How do we market an audiophile tweak when anyone can go down to the IGA and pick up a dozen eggs and do it themselves? No, the common chicken egg does provide a slightly smoother sound, but the coating itself is not durable. The egg starts to harden and flake off almost immediately. Thirty seconds of Rammstein and your woofer will return to its pre-albumin state rather quickly, and you will have to grab your mother’s old Electrolux and clean up the mess.”

“And the Chantecler coating remains forever?”

“Well, we don’t know about ‘forever,’ but it does stay on for a very long time. We found that regular Chantecler coatings were fairly durable but there would be a point where the end-user would have to return the speakers for a re-coating.”

“Sa coshe. Exactly. But we found that the rare Northern Chanteclers that we breed provide a far more permanent coating. We feel confident that this coating will remain for a very long time, at least until the customer trades in his speakers for something else.” 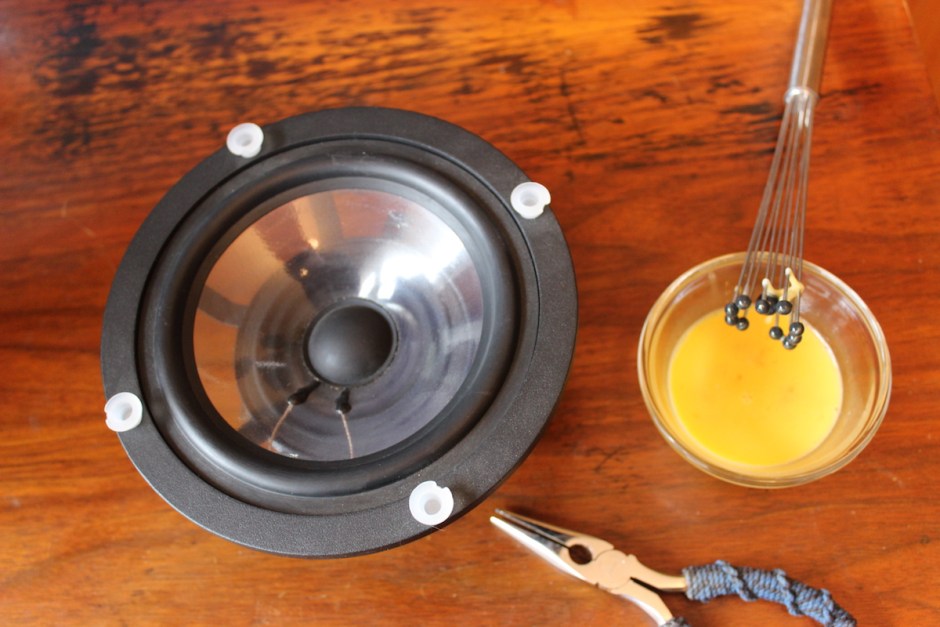 “That was a very lucky development, my friend!”

Dr. Brouilles quickly established Ova Audio a few months ago to further his research on SCE. He told me that the material needs a little work before it will be a commercially viable product. For instance, he is working on an additional protective coating that will preserve the SCE on the surface of the cone and make it last even longer. This coating should prevent the SCE coating from decaying in situations where the loudspeakers are placed too close to tube amplifiers. “Tabernak!” he exclaimed. “That reminds me of those ostrich eggs. Blech!”

Luc is also experimenting with cryogenics in SCE process, but not with the eggs themselves. “I used a cryogenically frozen egg whisk that we have been developing, which we call Chalice. It seems to create a denser, more effective SCE product.”

“Why do you call it Chalice?” I asked.

“Because I am Quebecois. Franchement, Modest.”

Despite his mild disdain, he promised to send me a few drivers that have been treated with SCE. He is also trying to figure out a way to ship SCE internationally without it spoiling and creating a nuisance. Before we ended our telephone conversation, I had one remaining question that I need to ask my dear friend. “How do SCEs actually taste?”

“Ugh,” he replied. “I hate the taste of eggs now. They are so deguelasse.”

Like yourself some Bowers & Wilkins 800 Diamond Series loudspeakers? A bit too pricey for your pocketbook? Relax. Exhale. I’ve got some great news for you… B&W has just announced the 700 Series of loudspeakers […]

Spending time with Fern & Roby for a factory tour, film, and interviews

November 19, 2017 Rafe Arnott Analog Comments Off on Spending time with Fern & Roby for a factory tour, film, and interviews

Virginia is for Lovers. That’s what the bumper sticker said on the car in front of me. The air was muggy, and charged with electricity as the windshield wipers tried to clear the rain from […]

Sound in the Round I think the easiest thing to say about the little A’Diva Ti speakers is that I was unprepared for them. I suppose I am used to thinking that all that is […]