Music is a thread that seems to run through the lives of audiophiles. I say “seems to” because often in my conversations with those who profess to be said audiophiles at large high-fidelity trade shows such as AXPONA in Chicago this year, it’s the gear they seem most interested in talking about. Rarely is an actual artist, LP, CD, tape, album or song brought up – there are exceptions of course – it’s all about this pre-amplifier, or that mono block. A new DAC, or streamer… cables perhaps. Every so often MQA gets thrown out there, but 99 times out of 100 it’s the equipment that puts a light into the eyes of audiophiles.

Strange to me on many levels, because as much I admire, respect, and am fascinated by hardware, it’s the software that the hardware is really in service of, not vice-versa. I view my personal gear as a time machine of sorts; it allows me to travel back to the recorded event. With the best recordings you can feel like the musicians are in the room with you (to borrow a rarely-used phrase), and perhaps it’s because I review so much gear, and have access to so much gear that I’m aloof about it more than most, but I have to say when I come across someone who loves to talk about the music being played rather than analyzing what this line stage is doing to what, I silently rejoice, and feel a kindred flame spark inside of me.

So it was with some surprise that during my time with Carolyn, and George Counnas of Zesto Audio that during discussions of their business, it was music that kept coming up, again, and again in our conversations. Regardless of where I steered my questions regarding their latest Téssera phono preamplifier, their Leto line stage or their Eros mono blocks, they kept coming back to the importance of listening, and hearing the music. They spoke of getting “lost in the music,” and not about the specifications of their Allasso Step-Up Transformer.

Having spent time in their room at AXPONA while filming the above interviews, I was able to take in the sonic signature, and vibe that they were communicating through their gear via a Benz-Micro Gullwing cartridge riding shotgun on a Merrill-Williams R.E.A.L. 101.3 turntable, and connecting to me through a pair of Marten Django L loudspeakers. The sound was open, dynamic, with honest tone, and timbre. Bass wasn’t exaggerated, and the treble never felt artificial, and the midrange was sweet, organic, and didn’t beat me over the head with a forward or shouty presentation. It was relaxed, inviting, and seemed to speak from a musical, and emotional viewpoint, rather than an analytical one. This wasn’t gear curated to play well together, it was curated to play great together. Lots of jazz was spinning – which is a great test of a system in my experience – and I have to say, all I wanted to do was hear the music – I didn’t care about the gear any longer – I got lost just like Carolyn, and George wanted me to. 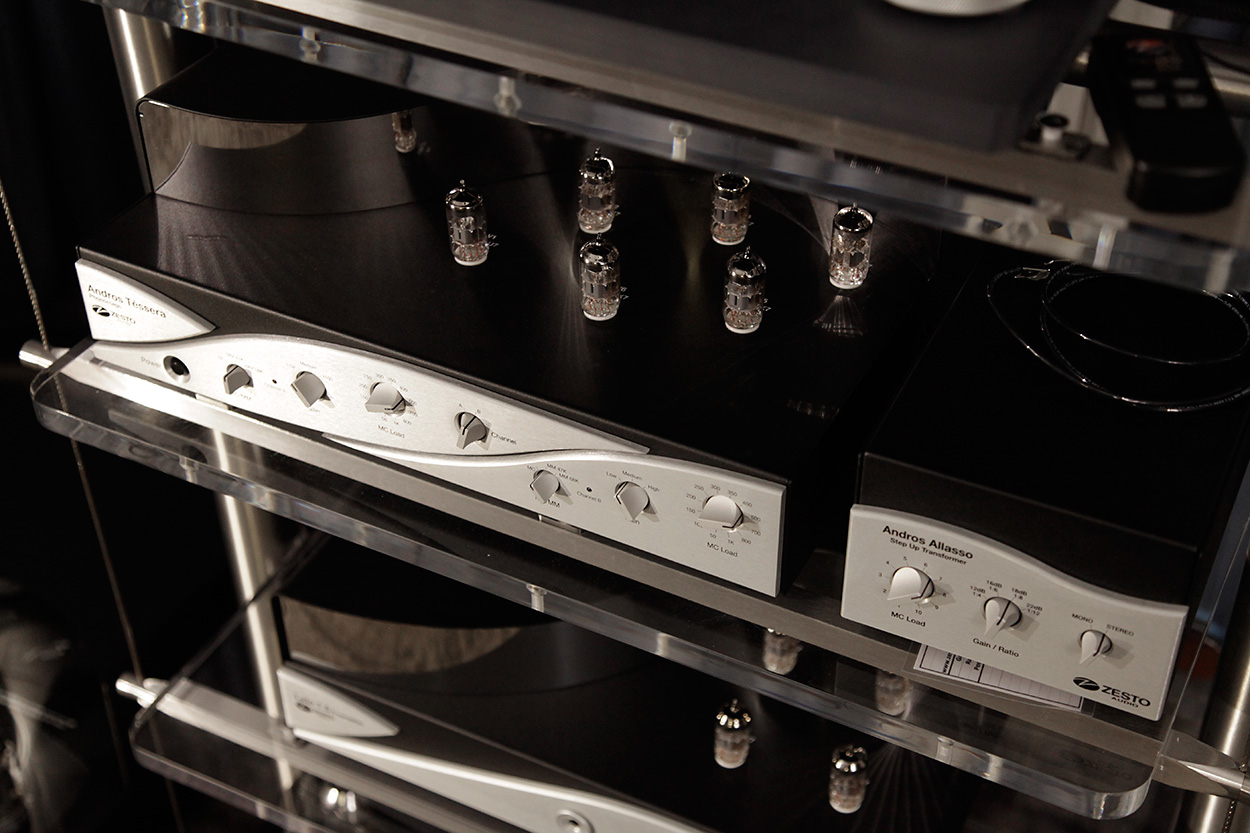 Oh, I know what you are thinking, “I know the Wilson Audio sound. Why should I read more about Wilson speakers?” Well, the new Wilsons have reached a new plane in my opinion. If you […]

The Grimm Audio MU1 (website) is an idiosyncratic product. This is not a term I typically associate with music servers or digital sources—the truth of the matter is that most of them are simple devices. […]

Mark Levinson has been on a comeback in recent years, adding top staff and developing an ambitious plan to revitalize its brand in the luxury home-audio market. Those moves started about five years ago when […]