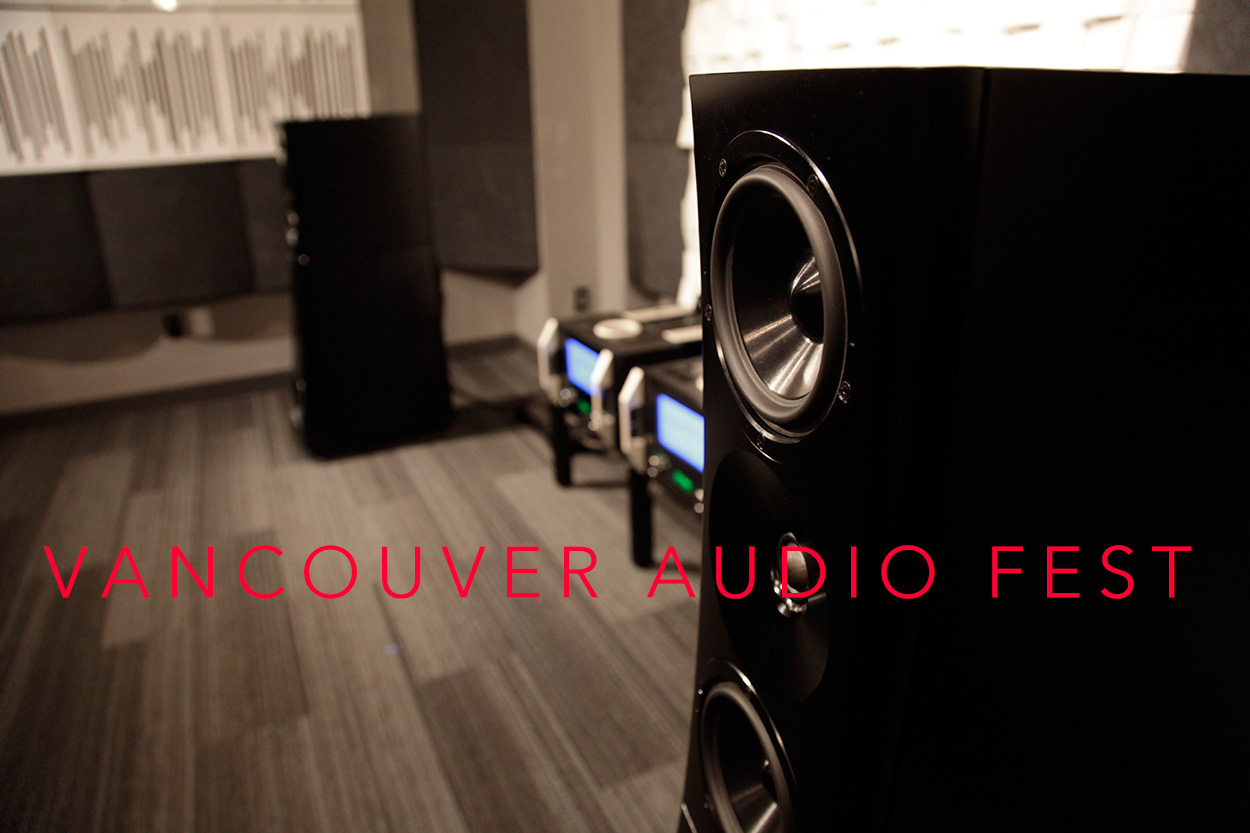 Walking into this room at the Vancouver Audio Festival was a bit like turning the fairy tale Beauty & The Beast into a visual audiophile metaphor. Scoping out the massive McIntosh Labs MC 1.25KW mono blocks quietly hulking between a pair of sleek, black, polished YG Acoustics Sonja 2.2 loudspeakers one felt that here was a reserve of untapped sonic power. Being fed a mix of computer audio, and CDs via a McIntosh D1100 Digital Preamplifier, and MCD550 CD/SACD Transport, and sewn-up with several metres of Transparent Audio Opus cabling, this room felt like it deserved your respect.

This whole system exuded power, and felt like it was barely contained in the space provided by Hi-Fi Centre – not in the sense that the sound was overloading the room excessively (which it could have very easily), but in the sense of the raw muscularity these amps were flexing the walls with.

The new 158-pound (each) MC1.25KW amps are for the seriously power-hungry music lover, and output 1,200 watts into eight, four, and two Ohms thanks to Mc’s Autoformer™ technology. Their massive heat sinks, glowing blue meters, and glass-topped chassis enclosure exude class, and have impeccable fit, and finish.

The 88dB-sensitive Sonjas present a four Ohm-nominal load, and are capable of plumbing to beyond 20 Hz in-room, and reaching upwards of 40kHz, with their proprietary DualCoherant™ crossovers pegged at 65Hz, and 1.75kHz. These are heavy loudspeakers pushing 300 pounds apiece, and regardless of what music I heard them translating, they never lost their composure, and almost gave the sense that they were completely nonplussed with the amount of power on tap from the McIntosh amps.

Smoothness across the frequency spectrum, control, powerful dynamics, and a feeling that there was limitless headroom made this setup a bit spooky for those who know how low you can go with controlled bass in the best systems – usually at a much higher price tag than the kit offered here. While the Sonjas are solidly high-end in their MSRP (Approximately $94,000 CAN at current exchange rates), they still appear a bargain to those who have heard systems well north of $500,000 CAN struggle with bottom end this musical.

Firmly grounded with a history in studio and pro sound, Amphion returns to home audio with a stable of speaker designs, that to my ear, offer comforting treble and mid-range that complement the Amphion philosophy […]

Mark Macdonald of The Sound Room in Vancouver, British Columbia (100-2025 West Broadway) shot an interesting note my way regarding a Simaudio 888 Power Amplifier event that he will be hosting this Thursday. Macdonald always […]