The 2018 Vancouver Audio Festival (VAF) had a charm about it that most shows lack, and that’s not because AXPONA, or RMAF don’t have style or class, or great people, vendors, and attendees… it’s strictly a size issue. A massive show is just that: Massive. There’s usually more than a hundred demo rooms, a large Expo show-floor area, and an included headphone-centric ballroom or atrium, so they tend to overwhelm many, and require focus, and concentration from show veterans to navigate effectively. 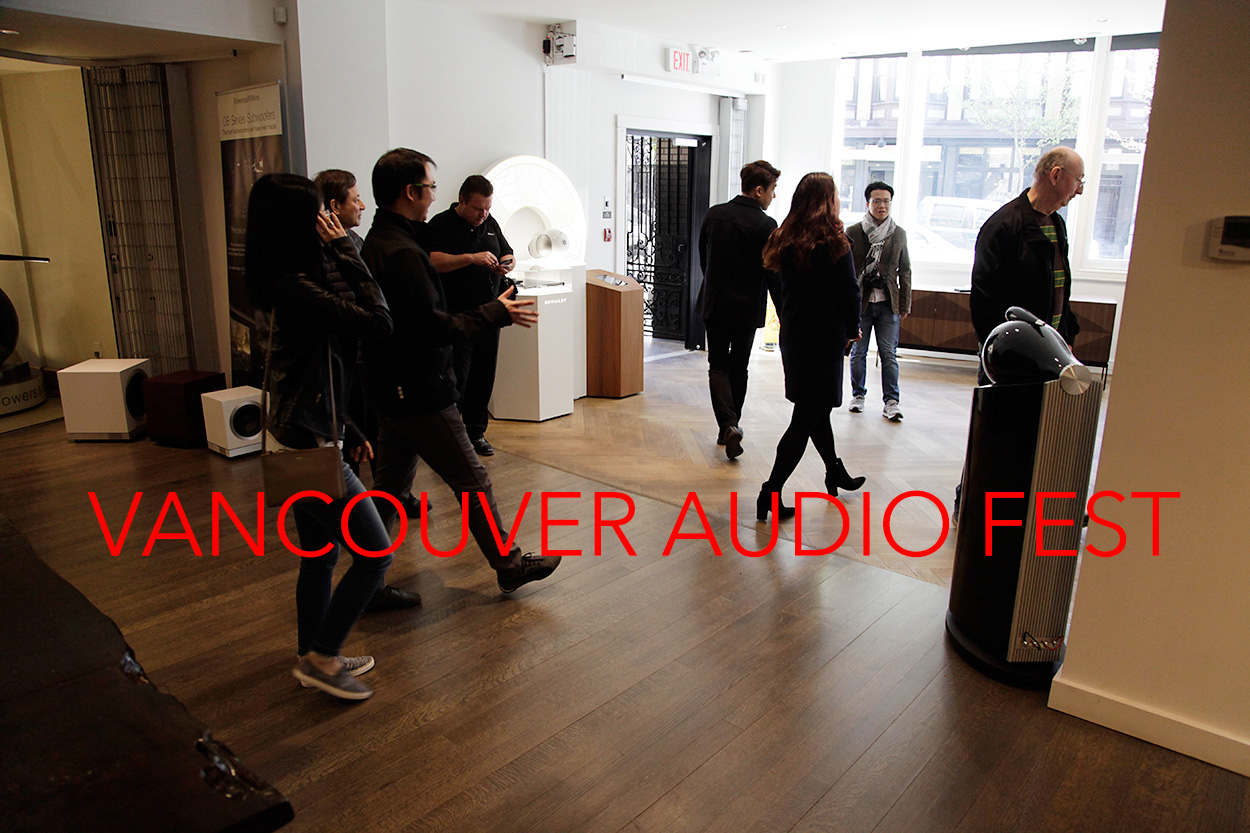 Not so with the now Second Annual VAF that Hi-Fi Centre hosted at their downtown Vancouver location. The venue is a cozy, manageable size for everyone to take in, and mingle with other audiophiles or music lovers. There were several dedicated rooms each featuring synergistic, curated systems that highlighted either a certain price point, style of playback, audiophile technology, or level of serious high fidelity, and each room had a laid back, friendly atmosphere with an eclectic choice of tunes being played back on vinyl, CD, or via streaming computer audio.

Because the venue was smaller, I noticed many people attending engaging with each other more than I see at big trade shows, there was no “Out of my way!” attitudes from attendees struggling to get into rooms, out of rooms, or between rooms. People were polite, smiling, talking – laughing with one another, and there was more than a fair share of children with parents, teenagers, twenty-somethings, and women walking about, and taking it all in, or trying on headphones, asking questions about amps, speakers, DAPs, or the eyebrow-raising Devialet Phantoms spread out near the entryway.

The show had all the ingredients for success, and I’m happy to proclaim it a resounding one in my eyes. I heard great music being played through great systems, I had interesting, heartfelt conversations about audiophile-centric tech, and about music in general, and the state of the industry. I also high-fived with small kids when they turned the volume up on an amplifier by themselves, showed a young father, and his son how to drop the needle on an LP, and caught up with friends about life. It was more a relaxed party atmosphere than a traditional high-fidelity show, which is probably why Hi-Fi Centre owner, and VAF organizer Kivritsky decided to call it a festival.

Because it’s supposed to be fun.

Before I start, I should just confess that the Bricasti M1 Limited Edition (aka, The Golden Gun*) has been my personal DAC reference for the past two years. It is, quite simply, the best-sounding all-around […]

It’s fairly common to run into one or two new companies each time I cover a major stereo event. What’s unusual, though, is to meet some fresh audio entrepreneurs on their first official day in […]

Bryston is a Canadian company with a proven history of offering standout products that famously stand the test of time. This year at AXPONA, the team from Bryston had assembled one of their newest six-channel, […]