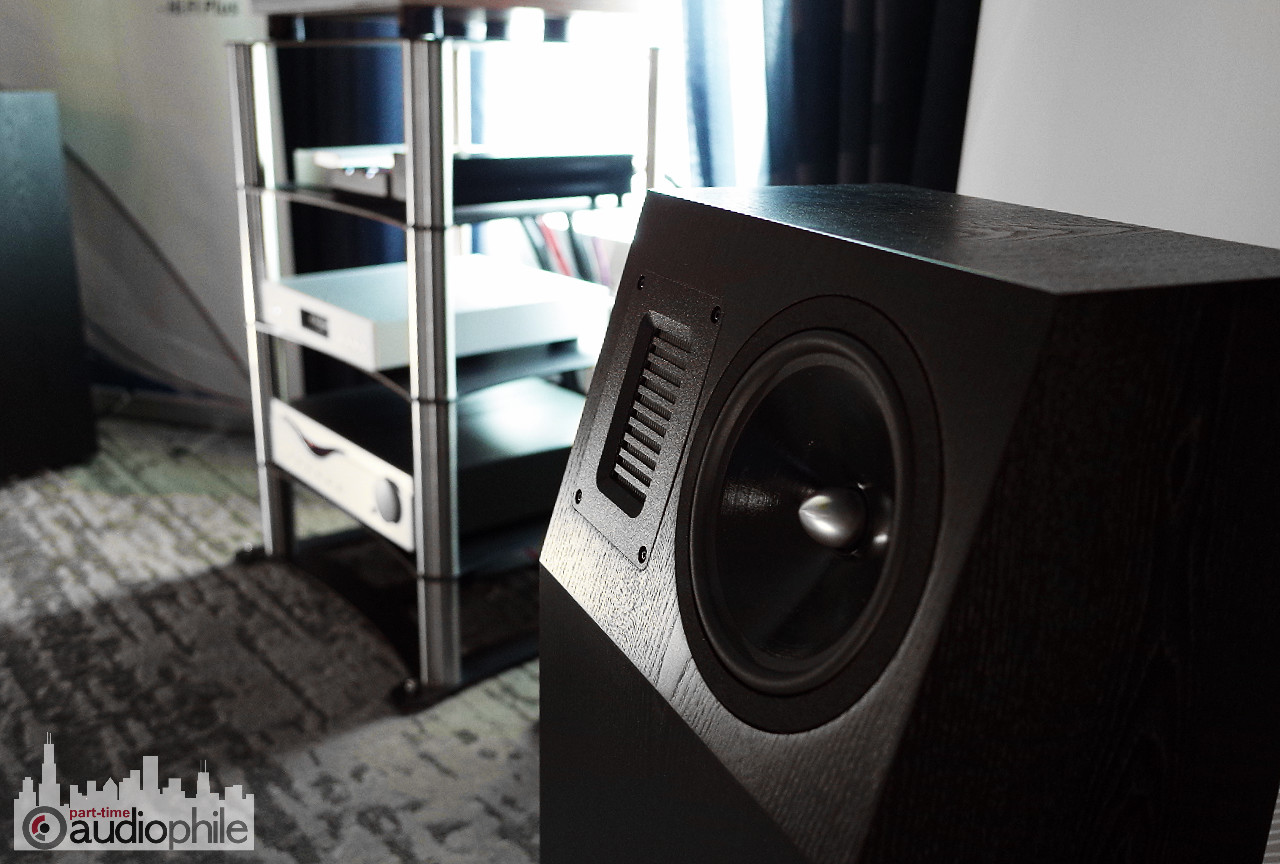 Paul Manos of High Fidelity Services in Hingham, Massachusetts is a perennial show favourite. Their exhibit at this year’s Axpona was no different. Paul was pulling double-duty between two rooms showcasing his curated stable of brands, along with his experience as a successful distributor. 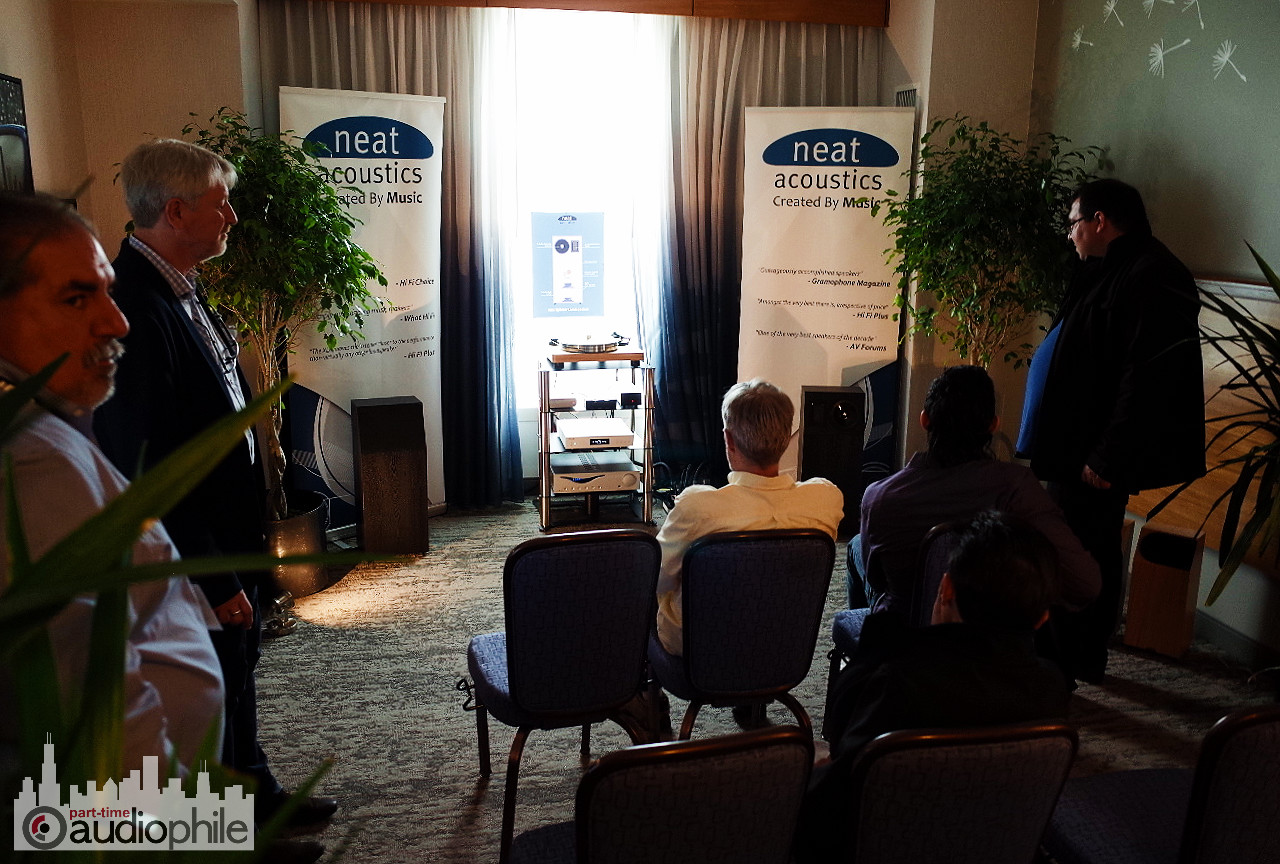 Diminutive looks, with room dominating space and dynamics. To sit before Neat Acoustics’ new half-sized four-driver boxes, The Iota XPLORER, is to unknowingly step in the ring with a welterweight boxer and get your own bits handed to you. I’ve not heard so many exclamations from show-goers that this room should not be underestimated. During my time with the exhibit, I overheard an attendee say to his friend, “I told you so.” as they were leaving the room.

All the fuss is centered around the Iota line by Neat, which introduced it’s ALPHA speaker just over a year ago. Utilizing the the ALPHA architecture, the new XPLORER does everything the ALPHA does but now on a bigger scale. The top section houses Neat’s own P1-R3 7” mid-bass driver alongside an Air Motion Transformer tweeter in a horizontal array just like all of Neat’s original Iota speakers. The upper section is sealed off from the lower, and is designed to act like a two-way infinite baffle.

The lower section of the XPLORER is familiar and confidently lifted from other Neat designs, but never before executed in such a compact package. Two P1-R2 bass drivers are implemented in a sealed isobaric loaded enclosure. One driver located internally, and directly above the other which faces the floor. The benefits of this design are exceptionally deep and controlled low frequency performance. 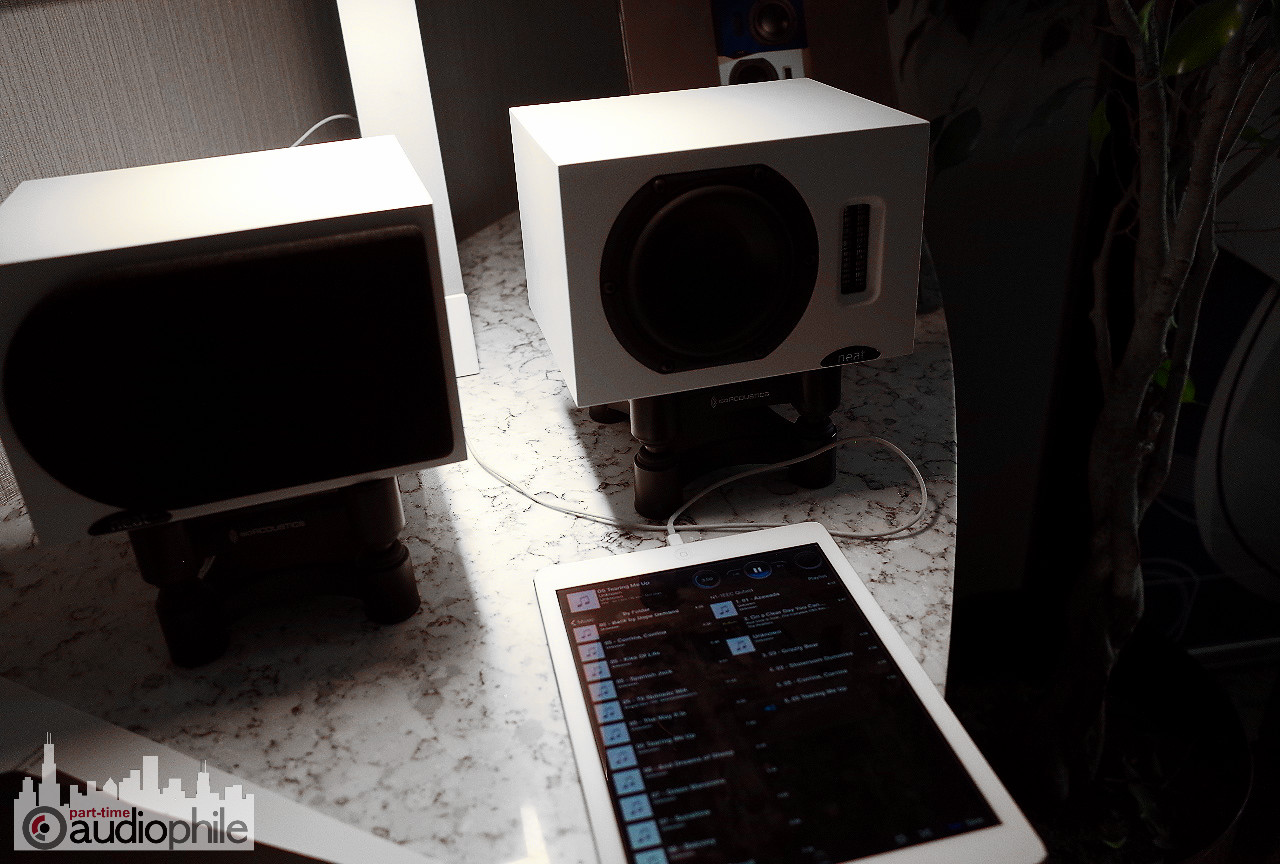 At first look, I thought I was seeing the Iota ALPHAS from last years Axpona. The new XPLORERs don’t look that much bigger. When the music begins however, the extension from the bass is sure footed and large in scale. Some have called the Iota lineup a series of up-firing bookshelf speakers that are placed on the floor. That may be a comfortable way to rationalize what Neat has done to reinvent the floor-standing loudspeaker, but I urge you not to make that categorizing mistake. The XPLORER in every way does what many larger floor-standers do to present dynamics and space in the music. What the new floor-standers from Neat do better is to integrate with room boundaries to allow for more lifestyle friendly room placement.

Isobaric loading can often go wrong if not meticulously engineered. They can either lack the control of more efficient designs, or become victims of mid-bass roll off. None of those issues are exhibited here. These half-sized boxes play the room extraordinarily well and display some of the best bass I’ve heard from a medium sized floor-stander. 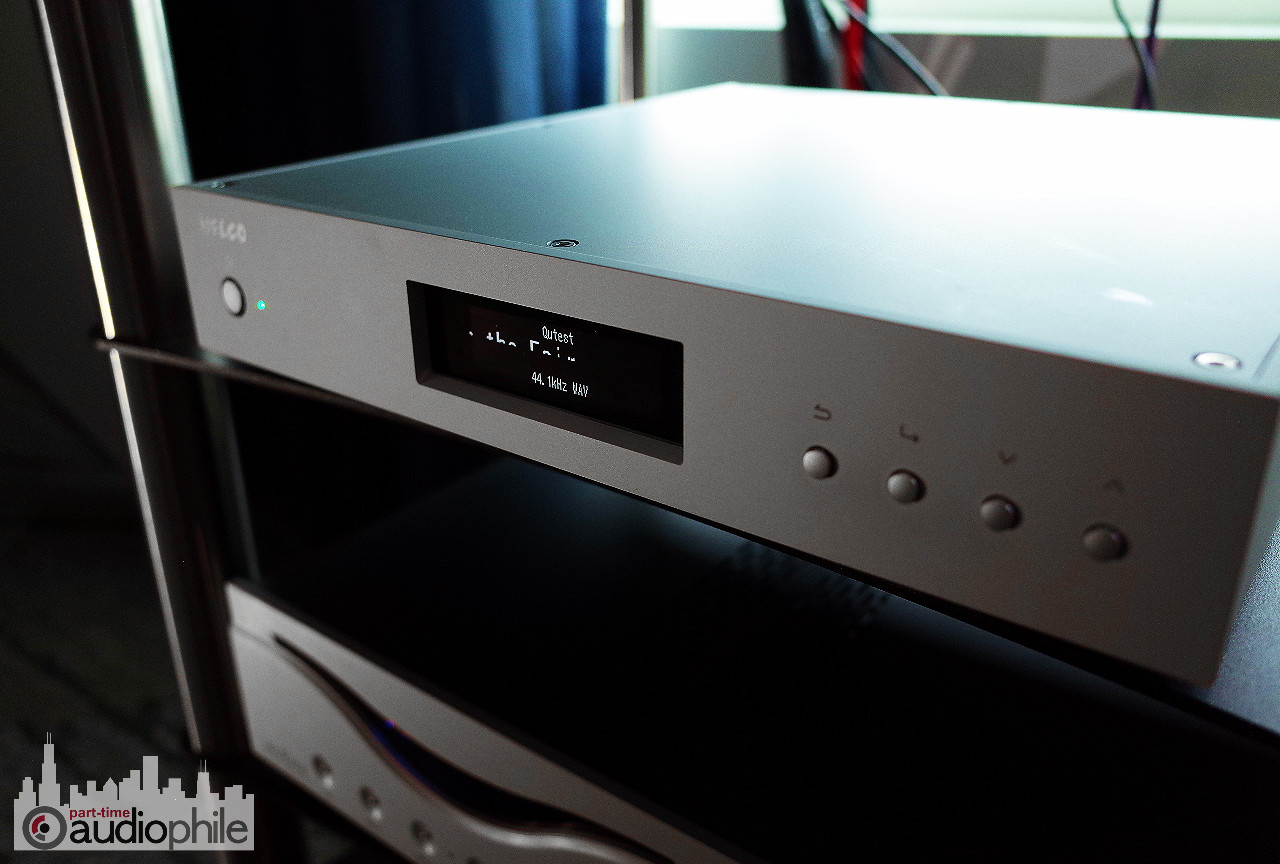 Part-Time Audiophile publisher Scot Hull already has noted that a few of the room locations at AXPONA 2016 left something to be desired (though he may have voiced that in a bit stronger terms), but it’s […]

Paying £300 ($385 USD) for an LP is just not raising eyebrows the same way it might have even just a year or two ago. Rare vinyl prices, or limited-edition pressings are going through the […]

What to do while listening to albums on your turntable? Pour a glass of wine? Crack a cold one? Perhaps you lean towards Japanese whiskies? Better yet, invite a friend over. But what if you’re not in […]