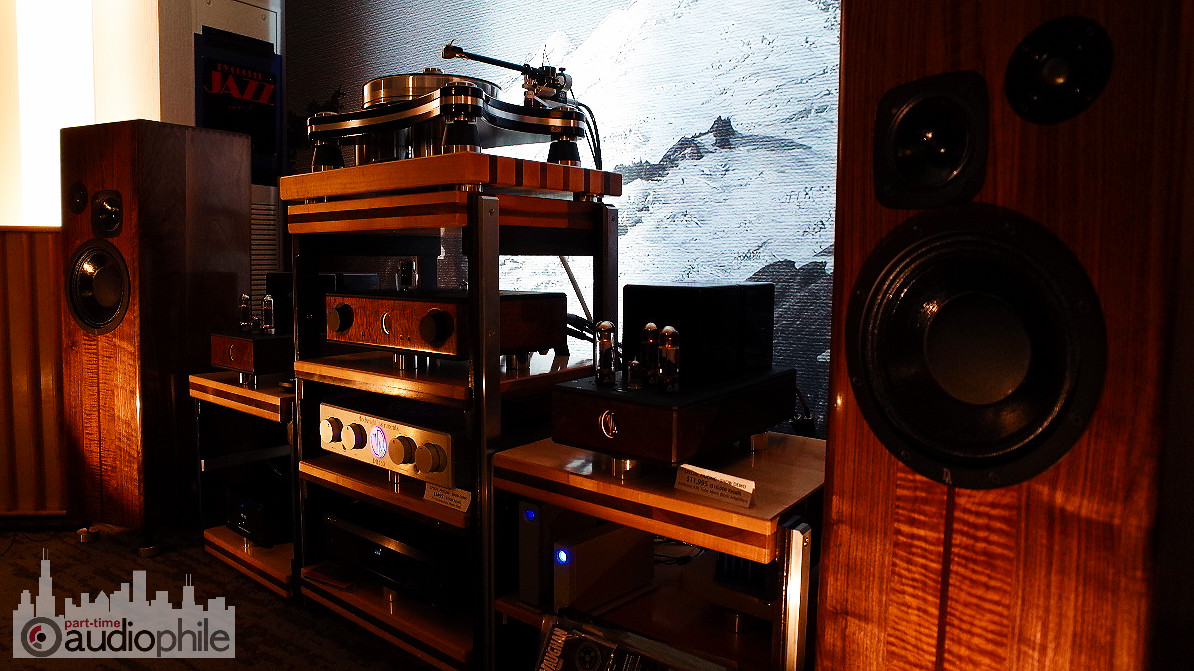 A perennial favorite of the audio show circuit and with good reason. Here begins the benchmark for the audio show experience. More than a room of friendly and engaging manufacturers, this collection of craftsman also enjoy great music and the passion in being audiophiles. Each one compelled by a need for creative expression to produce some of the finest individual components on the market. Collectively they have constructed some of the best synergy you will find at any show. 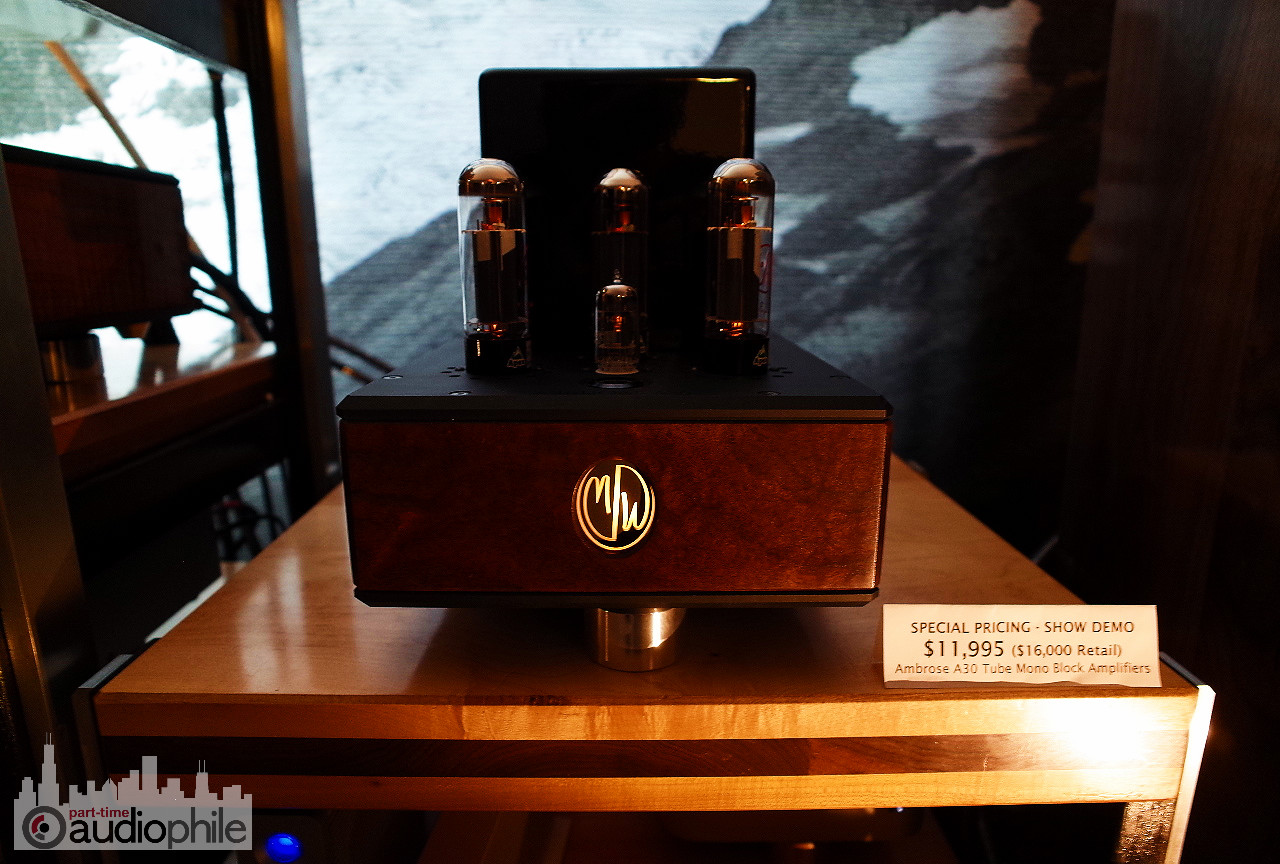 Daedalus Audio wizard Lou Hinkley has finalized his dream for the Apollo loudspeaker. Not exactly a debut this go round at Axpona, as it was during RMAF that I first heard his new 10” driver which now resides in this full-range floorstander. The new 10” driver moves better, goes deeper, and has more control than the previous 8-incher it replaces. Sensitivity on the whole package is tube friendly 96db.

Dan Wright of Modwright has grown his business out of two decades of modifying and designing some of the best solid state components made in the USA. Coming into his own recently as a worldwide figure in the story of high-end audio, it was only natural that a full line of tube based electronics would soon be in Dan’s cross-hairs. Rounding out his tube based Ambrose line, the new A30 monoblock amplifiers are single ended, EL34 powered, and push out 30 watts of Class-A muscle. The Ambrose line has all the looks a finely made Japanese jewelry box, and I mean that as a great compliment to the finishing of the design, as it should look as good as it sounds.

Interview portion:
Eric: Anything you can tell me about the AMBROSE lineup that isn’t on the website? Where did the name come from?

Mr. Wright: The line was born out of my passion for tube amplifier design, after spending some time with Tube “Jedi Master” Jack Elliano (Jedi Jack, JJ, I call him). I spent some time with him on two separate occasions as “Padawan” Dan, PD, learning about the inner workings of transformer design and the relationship between transformers, tubes and ultimately how they interact with speakers.

This spawned the original 10W Ambrose design and the Legendary 845 DS amplifier cost no object 845 monoblock design. Only one of each design was ever made. The 845 DS monoblocks use a single driver tube (6HV5) and a single 845 SET to provide 32W of Pure Class A power! The most beautiful sound I have ever heard! The 845 was too costly to replicate and the Ambrose was good, but we wanted more power. The Ambrose A30 design is based on the 10W Ambrose, but provides 30W of Class A, SE pentode power, operating in pure parallel SE, Class A mode. All woodwork is by Lou at Daedalus of course.

The Tryst headphone amp also falls under the Ambrose heading and was a project in conjunction with Damon Coffman. This 3W Class A P-P design was followed by our own HA300, 8W 300B SET Luxury headphone amp design, in custom automotive finish.

So now we have 30W Class A tube monoblocks, 3W P-P HP amp and 8W HP/Integrated amp (300B) and I plan to release a tube integrated at some point in the future, date TBD. 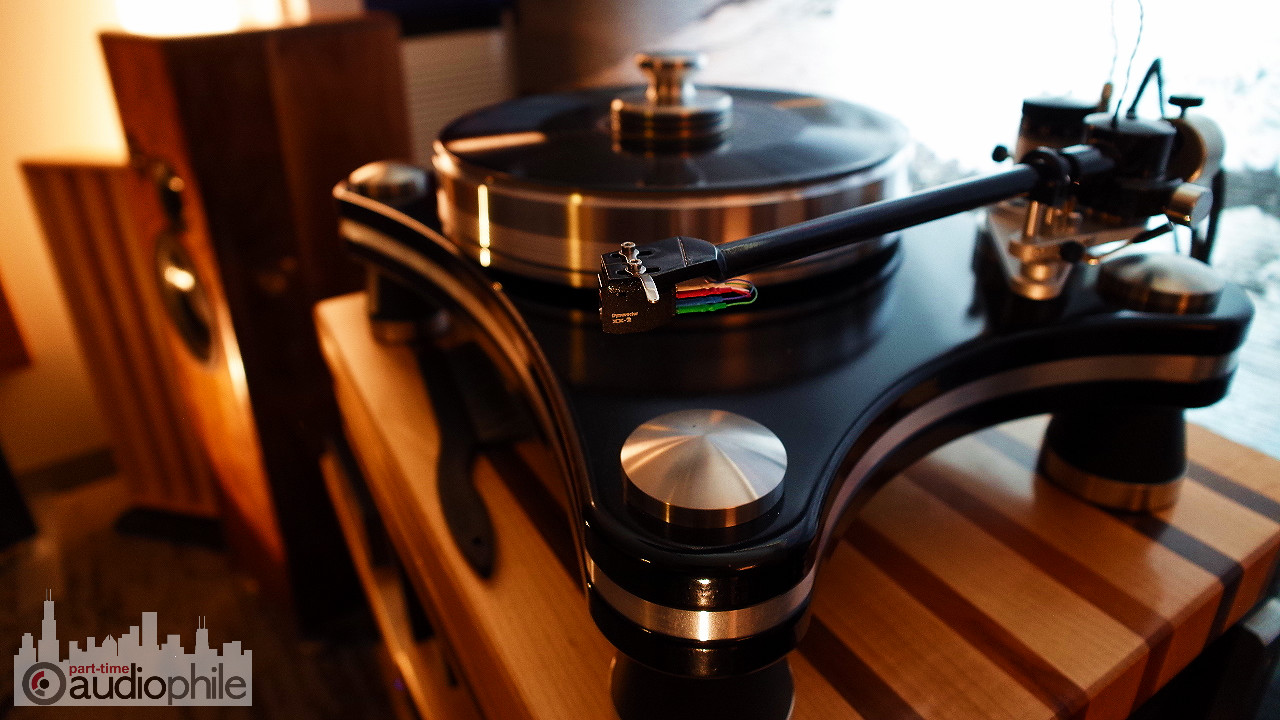 Listening to the 1965 hit “Wooly Bully” by Sam The Sham & The Pharaohs it was quickly evident that the Class-A tube amplifiers were anything but “wooly”, as the the saxophone solo and droning cymbal crashes stood high and proud of the organ chirps.

A young (by audiophile terms) couple sat near me for a portion of my time listening and enjoying the system, near enough in fact that in between a few tracks I overheard a whispered conversation about how tubes don’t normally sound “as open”, and it set me back to wondering if this impression was developed by experiences with guitar or within the realm of hi-fi.

If the impression of the Ambrose electronics is that they don’t sound “tube-y” then I’m guessing it’s a positive. My take-away from the listening experience is that in this system the whole sounds convincingly like music. 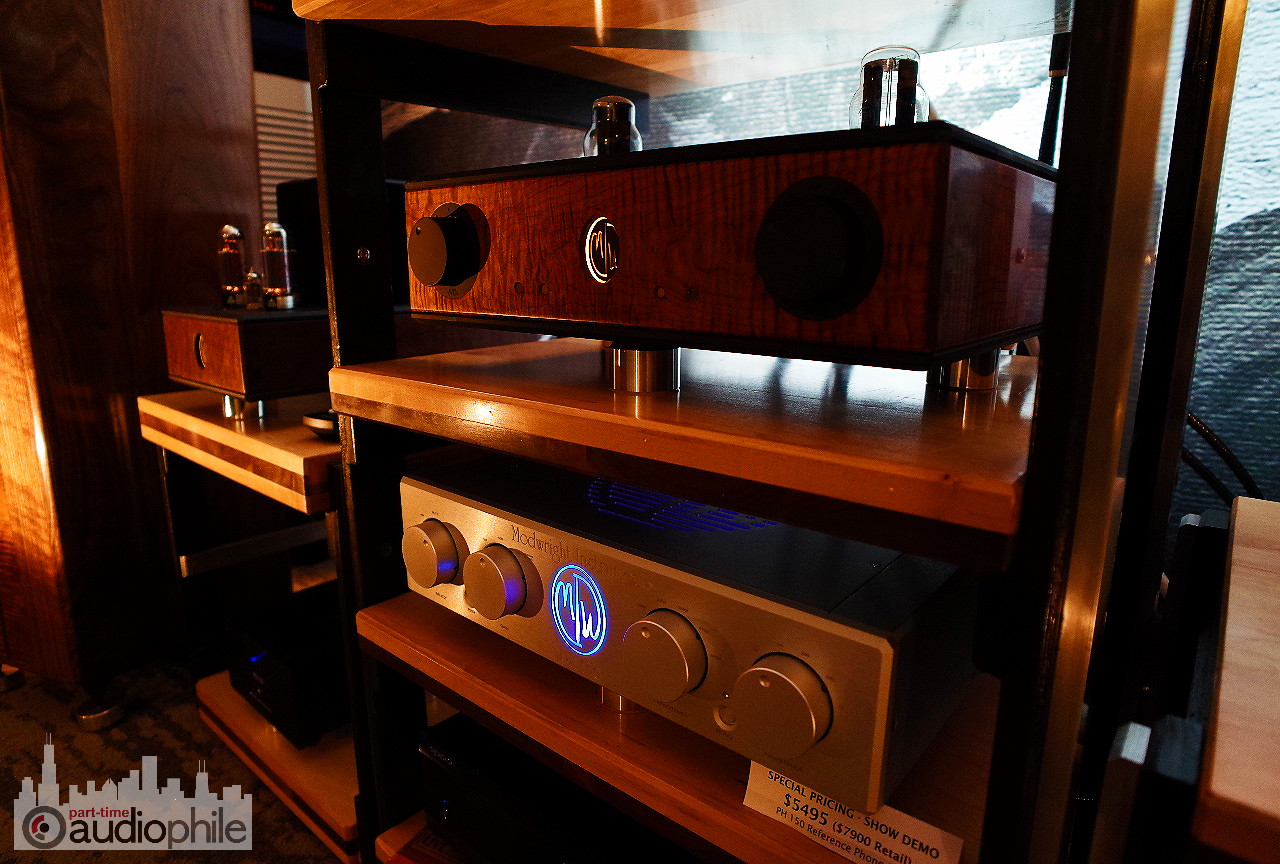 SAN FRANCISCO (PTA) — It was AXPONA 2019 where I first encountered NorStone A/V racks and speaker stands. Then it was a budding relationship between NorStone and Parasound as show-partners. As I entered the room […]

I had started to hit it. The wall. The mental, and physical barrier you can find yourself pushing against (or in my case leaning against), at Saturday around 1 a.m. when you’re finally back at […]

This was the world debut of Fern & Roby‘s new loudspeaker, ModWright has us rocking out, and Black Cat Cable has us purring. The visit to Room 516 was a lot of fun. Many of […]