“Never leave a friend behind. Friends are all we have to get through this life — and they are the only things from this world that we could hope to see in the next.” — Dean Koontz 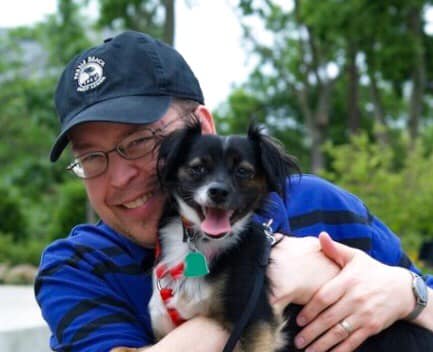 First, John wanted you to be sad he’s gone, but, more than that, happy to have him as a friend. He surely was happy to be your friend.

He’s sad he’s gone, too. He had so much in life that he still wanted to do.

John was the only child of Joseph Frank Stancavage and Helen Marie Chrobak Stancavage. He was a native Tulsan; his parents, from Avoca, Penn., a stronghold of Catholic Polish and Czech immigrants who served as the backbone of the coal-mining industry in western Pennsylvania.

His father Joe left the cloud of coal-mining and familial black-lung disease behind and trained at American Airlines’ maintenance schools. He put down roots in Tulsa; mailed the girl back home, Helen, a ring and together they made a little family with John’s arrival some years later on a snowy winter night.

John’s premium on friendship started early, as he observed his parents build an enduring chosen family in the Oklahoma “outpost.” Most times, as the observer, he quietly read books or picked up a sketch pad drawing hot rods. Handwritten messages in his high-school yearbooks are addressed to “Art,” not John; he was the art guy.

John counted becoming an Eagle Scout at age 14 among his favorite life memories. His competitive spirit and dogged focus on intrinsically high-value goals were in full bloom. On reflection, he observed that becoming an Eagle Scout was really about forming his own brand of leadership. Never loud or aggressive, but rather smart, steady and persistent – the person others ask to lead.

He graduated from the University of Tulsa in 1981 with a double major of journalism and health science – the latter pegged to an aspiration to play golf and drive a nice car in a career as an orthodontist. He bagged orthodontia for his passion of interviewing people and writing about them in ways that gave him satisfaction and smartly engaged readers. He played plenty of public-course golf – at times with a single-digit handicap – and eventually got the car, a previously loved black BMW Z4.

John recently said his No. 1 best life achievement was marrying his wife, Kerry Malone. (It should be noted that she authored this article.) They met at TU while working on The Collegian weekly newspaper. They married eight years later; took a memorable honeymoon to Maui (something John fondly recounted last week to a friend just hours before his cardiac arrest); bought a little house near Page Belcher golf course; built a house in Jenks that John conceptually designed and built that house “without getting a divorce” (his handwritten notes actually say this); adopted dogs Oscar, then Felix (possibly dog-napped) and most recently Lucy; and last year completed a major home repair/renovation that, for the record, still did not result in a divorce.

John spent his career at the Tulsa World. He was a sports-writing intern, then moved into a full-time position at a separately branded weekly business newspaper, the Tulsa Business Chronicle. Later, he moved up to the World’s business-section staff and ultimately served many years as its editor. Managing a staff of 10 accomplished reporters for a time of exhilarating business news in Tulsa was among his most favorite life achievements. State and regional organizations recognized his work with awards. As his health began to falter, he moved into a role as business columnist and senior reporter until he had two serious hospitalizations late in 2015 that prompted his disability. He never saw the inside of the newsroom again. True to form, he kept close with his friends.

He found his tribe some years ago in Leadership Tulsa, first as a member of Class 25, and later as a board member and two separate terms as president. It was from Leadership Tulsa – along with a formative role in and presidency of OK Ethics Consortium and with Junior Achievement in helping build the experiential learning outpost, Biz Town – that John satisfied his thirst for personal development and the satisfaction of respectful, trusting working relationships with whip-smart people. Leadership Tulsa in 2016 awarded John the Herald Givens Heart of LT Award.

It was a few years before his disability retirement from the newspaper that John ran after his dream job – writing about and reviewing high-end stereo components. It started as a moonlighting gig and developed into the primary outlet for his writing and editing. He served as a contributing editor to Part-Time Audiophile, an online blog/publication where his coverage reached an engaged audience of self-professed stereo geeks from around the world.

It was hard work; he had difficulty physically moving from room to room at the stereo shows. He arose to go to unfamiliar dialysis clinics at 4 in the morning so that he could make the most of show hours. He wobbled into more than one stereo component over the years – to the horror of exhibitors.

No one worked harder at those stereo shows; he was pinballing down hallways the night before shows opened, prying open any unlocked door that was leaking music during set-up. He sniffed out the scoop of the show and got the best interviews; posting his catch in the wee hours.

John had more he wanted to do in his life. In the last year, in particular, he put everything on the table and worked so hard so halt the downward spiral in his health. He wanted more travel. More live music. More home remodeling (!). To be well enough to go to the gym. To walk. To feel better. To snuggle. To love on his dogs Felix and Lucy. And to spend time with his friends.

You were loved by John Stancavage. Remember to look him up when you pass from this life to the next. He and his boy Oscar will be looking for you.