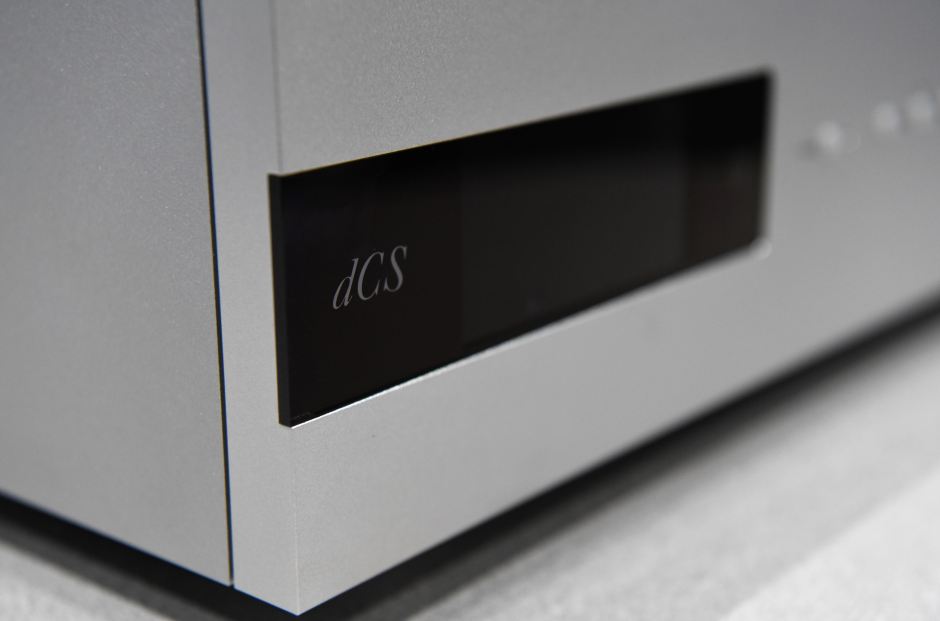 Different from most of the industry, dCS products seem to blossom after release, as they receive a stream of hardware, software, and firmware updates over the years. This concept didn’t crystallize in my mind until I spent some quality time with dCS Debussy DAC while I was reviewing the dCS Network Bridge. The dCS Debussy has been around for nearly a decade, but dCS’ dedication to providing owners updates as long as a platform is capable and current was exemplified in a December 2017 final release that included overall performance improvements and support for higher sample rates of 384kHz and 2xDSD.

In 2018, dCS will finally replace the very fine dCS Debussy with the new dCS Bartok DAC, which draws a clear heritage from its big brothers dCS Rossini and dCS Vivaldi DACs.

The dCS Bartok had its North America debut at CEDIA 2018, and was available for listening in both the Roon Labs and QOBUZ booths.  The Bartok is everything you would expect from dCS, drawing most of its DNA from the larger and more expensive dCS Rossini DAC.  The Bartok shares with its big brother the Rossini a control board, use of the Ring DAC design, the same up-sampling, and the same digital filters. The back panel of the Bartok is hard to distinguish from the Rossini as it looks almost identical. 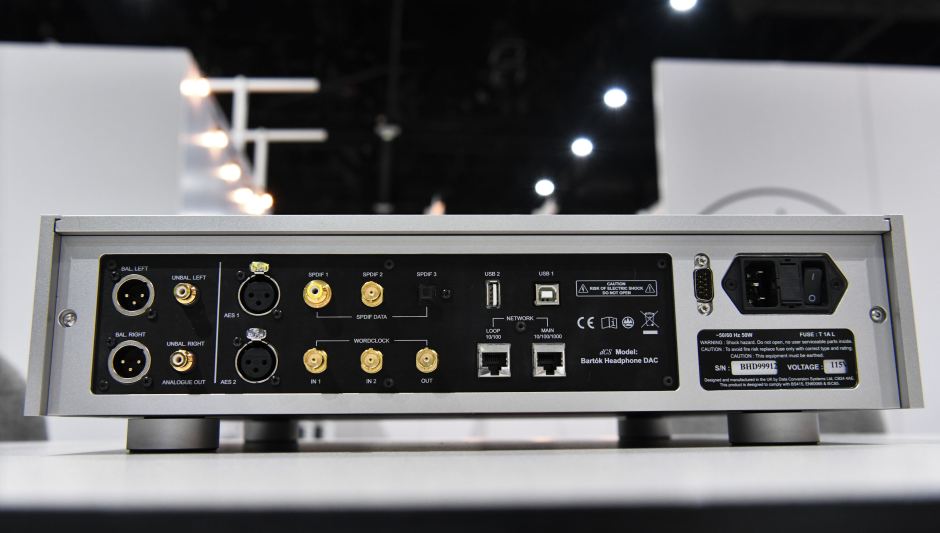 It’s a DAC built for 2018, with support for 24bit/384kHz sampling rates, 2xDSD, MQA and a network streamer that is Roon-Ready, like its big brothers. The Bartok will be available in silver or black anodized.

Where the Bartok differs from the Rossini is minor, mostly around the transformer and physical chassis. The Bartok uses one transformer instead of two, and comes with a simpler, less sophisticated chassis that isn’t as quiet as the Rossini.

The other big difference is the price. The dCS Bartok ships in November and will be available for 13,500 USD, or 15,000 USD with a built-in headphone amplifier.  There is no specific external clock available for the Bartok, but the current dCS Rossini Master Clock would be compatible.

There were a lot of DACs in the Roon Labs booth at CEDIA streaming hi-resolution audio to the Audeze headphones. They all had different strengths, but the clear winner in my ears for the best of show sound was the dCS Bartok. 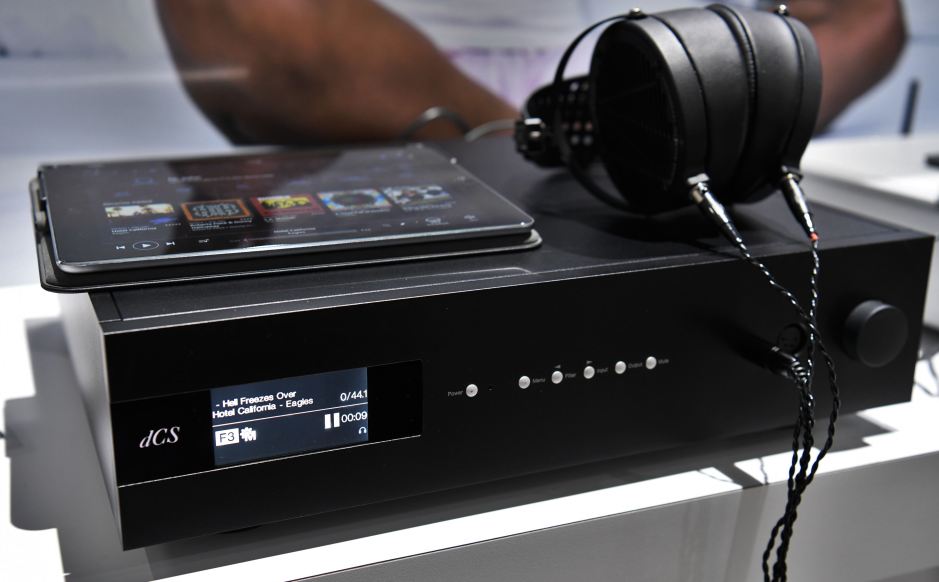 It was that signature dCS sound that I know and love from hours of listening to a dCS Vivaldi. It had perfect tonality, dynamics, pace and had a laid-back sense that isn’t fatiguing. It’s the sound that I look for in the best analog rigs and what digital aspires to sound like.

One listening configuration did make a difference. I did find that the Bartok sounded best when I engaged Roon’s built-in profile for the Audeze headphones. Jessie Luna from dCS also noted that when adding the headphone amp to the Bartok, a dedicated transformer is added for the headphone pre-amp. This allows the headphone pre-amp addition to have no impact on the rest of the DAC performance.

When using the Bartok, I felt right at home. All of the buttons, menus and filters are identical to the Rossini making it a snap to use.

As the performance of the dCS Bartok starts to jump at the heels of its big brother the Rossini, dCS will be providing a version 2.0 of the Rossini firmware soon that will kick up the wonderful sound of the Rossini.

Bartok, we look forward to hearing more from you soon. 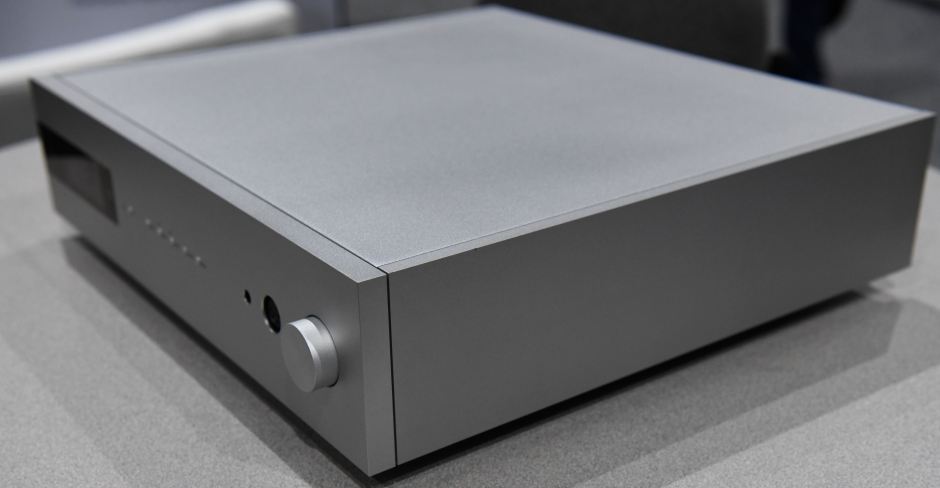 CHICAGO (PTA) — The SVS Sound room will wow you to no end if you are looking for sub-woofer demonstrations that twist your guts around each other. But for the more refined ear, you might […]

RMAF 2017: VAC has Renaissance with Tannoy

It’s not uncommon to hear an audio manufacturer boast that a less-expensive model benefits from “trickle-down technology” developed for a flagship, or that the humble product “shares the same DNA.” In reality, though, such claims […]