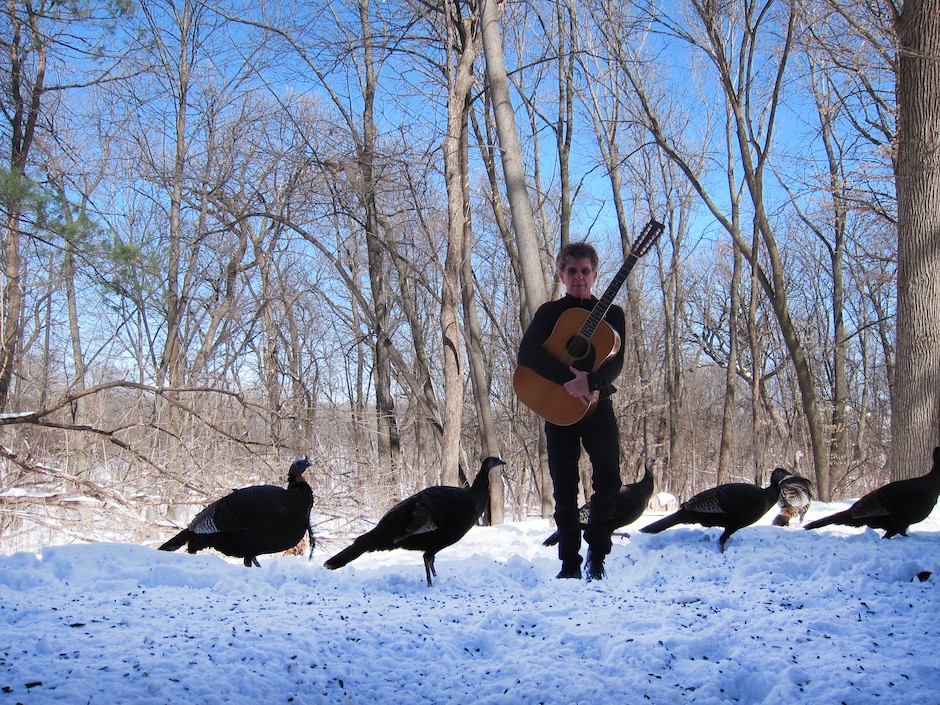 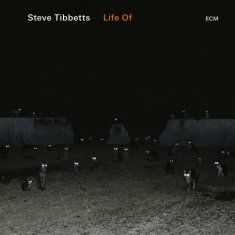 Life Of (Amazon) is the Minnesota guitarist’s first release since 2011’s Natural Causes. Causes was, and remains, a wonderment, even by Tibbetts standards. The sound? Instrumental, acoustic, free-ranging guitar that rode an impressionistic inner wave. Life Of carries on in that manner, yet extends its reach into something altogether different.

It’s one of the first albums I’ve liked as much as Natural Causes over the past seven years. As time works its inexorable magic, however, I’m increasingly challenged to find ways to articulate why and how I love a certain album, or artist. Tibbetts’ intangible artistry doesn’t make things any easier. It’s feasible that I find this album irresistible because I can’t explain why it’s so sublime.

The songs may seem somewhat structure-less at first listen, but the freeform nature of his approach is deceptively simple. There’s an wandering effortlessness to the performance and production that can lure even the most disciplined listener to just drift away; if a melancholy daydream is your destination, this may just be the ticket.

The key to Tibbetts liquid, expressive playing is a vintage guitar, and he can explain it so, so much better than I:

I have a Martin 12-string that my father gave to me….It’s an old guitar, now. It has a peculiar internal resonance, as though it has a small concert hall inside of it. I try to bring that quality out by stringing the guitar in double courses. In other words, instead of stringing the 4 lower strings with octave courses, I string them in unison. It makes it a lot harder to play, but with double courses I can draw out overtones if I’m willing to really physically engage the strings.

The frets on my guitar are worn almost flat. There are some tiny intonation issues and places where strings buzz against frets. I took the twelve-string to Ron at St. Paul Guitar repair. He looked the guitar over. He picked up the guitar and sighted down the fretboard. He said, “The frets are flat. There might be some buzzing or intonation issues. Do you like the way it sounds?” I said, “I love the way it sounds.” He handed the guitar back over the counter to me and said, “Then I won’t fix it for you.”

I try to play the guitar for one or two hours before recording. Something needs warming up. Maybe the back of the twelve-string needs to be physically warmed up, or my fingertips need a certain pliability. At some point the guitar settles down and the little concert hall inside opens for business.

There’s something both calming and unsettling in the sounds of Life Of. A significant portion of its brilliance resides in that tension. This isn’t Windham Hill-y acoustic new-age. And (despite the label affiliation) it’s miles away from your basic ECM instrumental inscrutability, too.

The overwhelming majority of modern music is based upon pastiche and, yes, cynical rehash. As soon as someone does something separate from that yawning abyss (accent on “yawn”, yeah), they have my attention. Life Of isn’t “edgy” [barf] or “fringe” music. Steve Tibbetts consistently — and quietly — celebrates life, far outside the realm of faux emotion and overproduced, flashy obviousness.

(and there’s a backstory to the lead-up to the recording that’s best left to the liner notes and press info, but reading it during your initial listen will give you deeper appreciation for the experience).

Two other musicians bring to mind similar high levels of talent, integrity, and sincerity: Janet Feder and Kerry Leimer. The three consistently come up with quality music that’s as listenable and original as it is uncompromising.

Life Of isn’t available on LP, but it’s on CD and HDtracks has it in 24/88. I highly recommend it . . . and anything else Steve Tibbetts puts his name to. 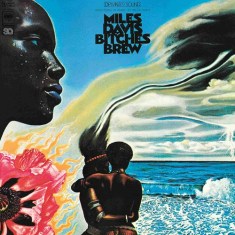 This 1970 pre-fusion classic has been made available in a Japan-only “mini-LP” two-disc SACD special package. How special? It consists of a gatefold 7×7″ foil-finish color jacket and 40-page b/w booklet, of which 25 pages are Japanese text, and 15 are linter notes from Ralph Gleason and Carlos Santana.

But the real bonus here is that the SACDs are presented in the 1971 quadrophonic mix — the LP version of which has been out of print for decades.

This SACD set sells for $50 (not including shipping from Japan) and fans with four or five speakers and a decent home-theatre amp — and a taste for early-70s Miles — will likely find it essential. And if you’re one of those two-speaker purists, fear not; there’s a stereo hybrid layer for your dining and dancing pleasure.

I don’t have many rules about music (actually, I do, but shut up) but I am a tad dogmatic about what time of day I’ll play certain albums. Bitches Brew, for example, only gets played after dark. The later and the darker, the better. Its moody meanderings and prowlings — “Pharoah’s Dance,” especially — work best about 2am, with all the lights off.

I’ve heard Bitches Brew termed “a difficult listen,” but it’s always come across as ultimately undemanding to me. There’s a central-nervous-system vibe to the backing and the soloing that makes the album flow as if it’s always playing somewhere in the cosmos — and we’re just dropping in for an hour or two to check in. Sure, you can get all jazzbo ‘n stuff and point out all the sensitive counterpoint and call-and-response improvisational subtleties throughout . . . or you can just put your feet up and forget about everything outside your four walls and flow with the Brew. No rules here.

Other than that after-dark thing, of course.

Talk about extremes–yesterday it was Filter, and today it’s the Flying Horse Big Band. I was just thinking that the big band jazz releases have been slowing down lately, but if you can say one […]