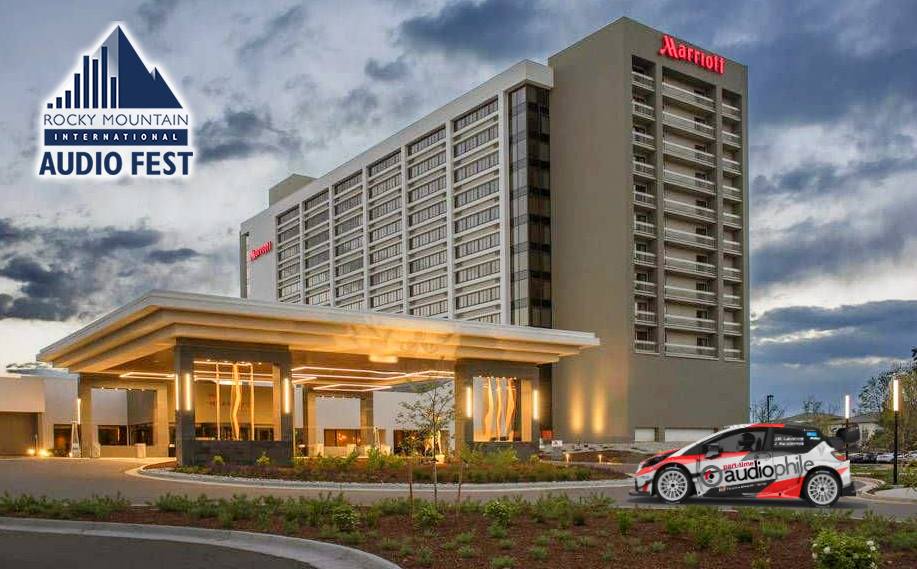 There are over 400 brands exhibiting here at Rocky Mountain Audio Fest. Making this event one of largest audio shows in North America. For some this can seem overwhelming. and cause a bit of anxiety. Alas, have no fear, the rag-tag band of misfits from Part-Time Audiophile are ready to be your audio show guide.

Here are some surefire rooms to get you started and off on the right foot. 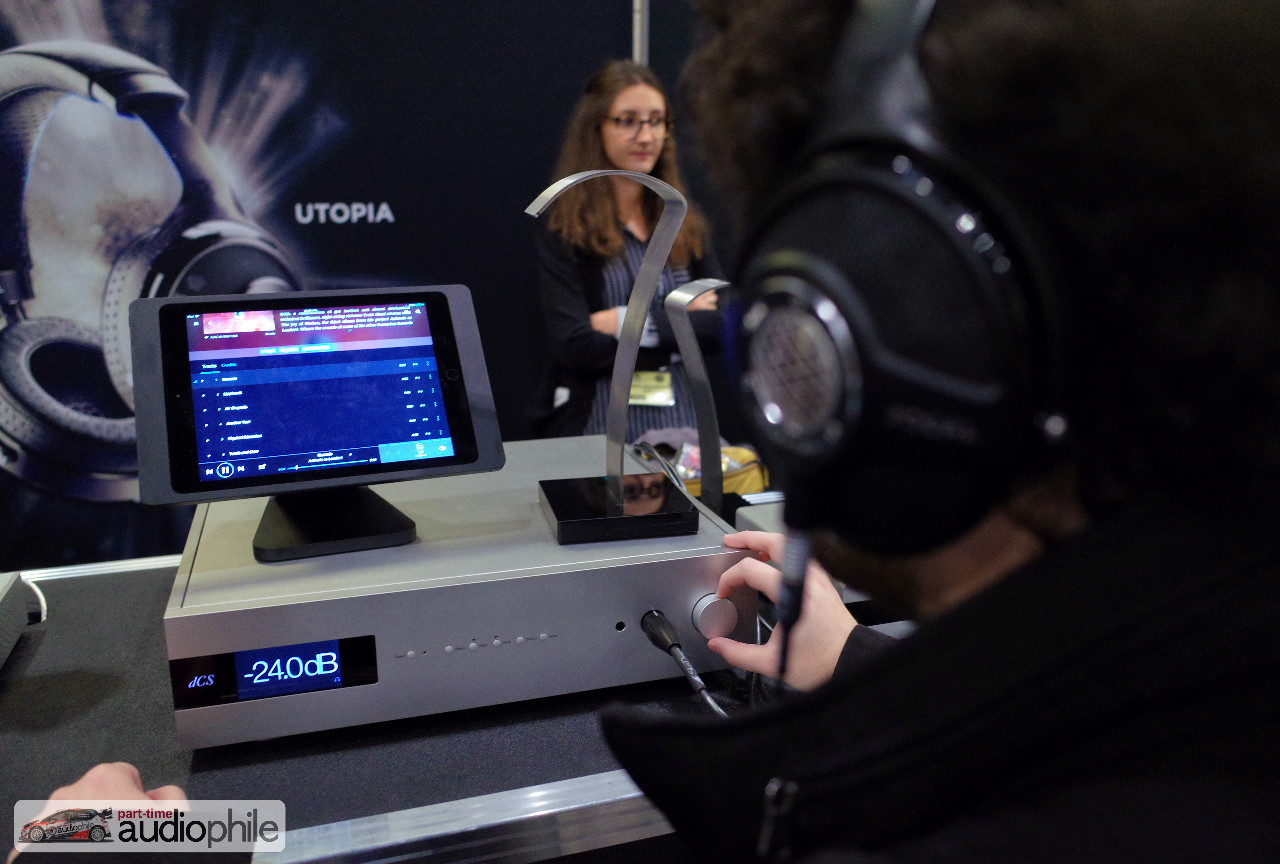 dCS’s new Bartók DAC with Headphone Amplifier could be all the heat you need to keep your ears warm this winter. With updated digital processing, dCS’s Ring Dac (same as used in the Vivaldi of the same brand), clean twin mains transformer power to isolate the headphone and dac sections, along with support for TIDAL and Spotify Connect, it’s something to get hyped up about.

What really thrilled me about using them with Focal’s headphones (among others we had on hand) was just how immediately powerful the amplifier section was along with the refinement that dCS is known for. 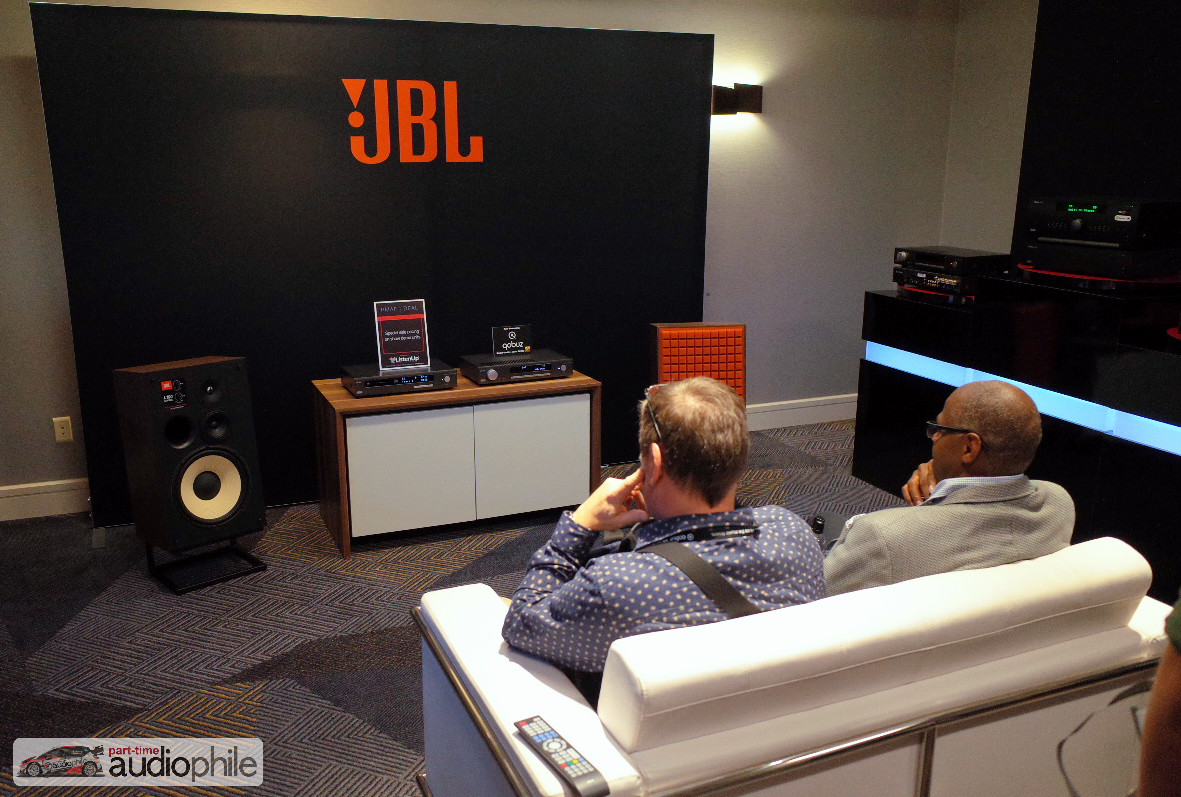 Nostalgia button in full press. I was pleasantly surprised by the new JBL L100 Classic, for in the moment it was everything charming that I remember about listening to music when I was younger. Kind of like the pleasant smell of mom’s cooking. Maybe I’m being a little too bit nostalgic, but setting that aside, the JBL L100 Classic was deserving all of the attention it was getting because outright, they sound really good. 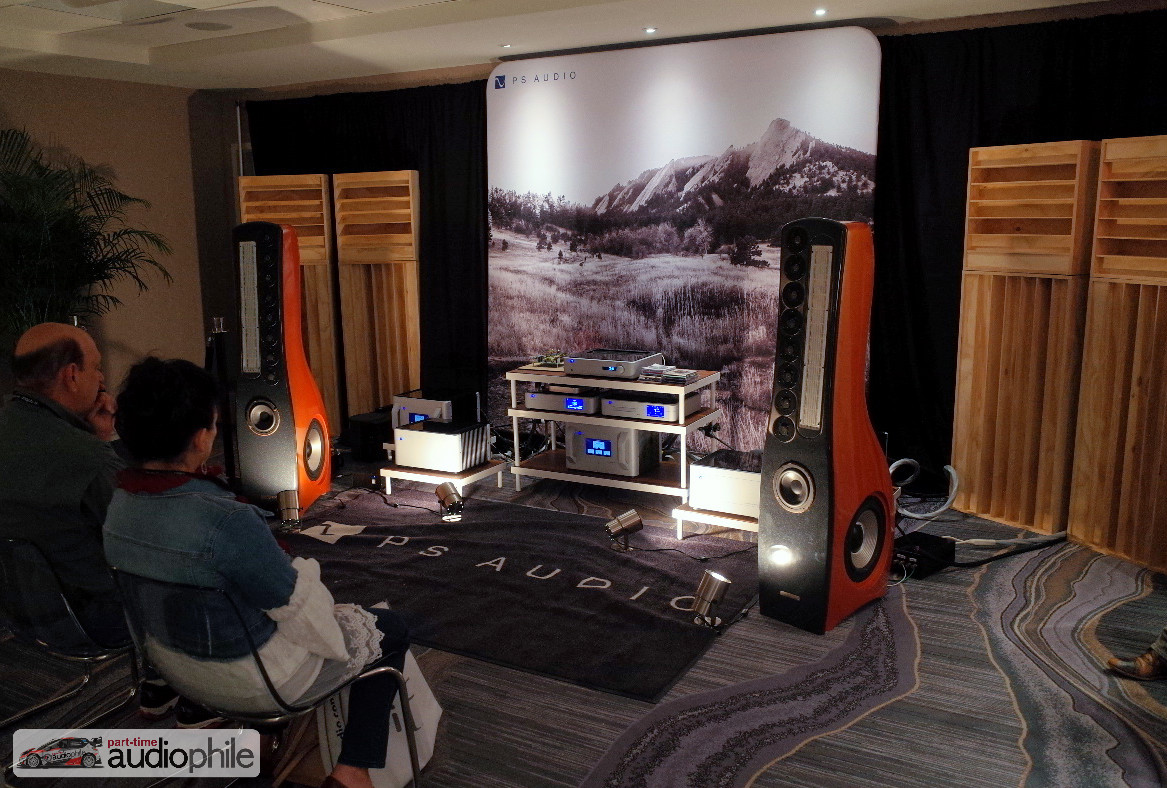 Clean power is the canvas upon where reproduced music lives. That said, who really does it better than PS Audio? I’ll go ahead and answer; better? No one. Aside from this, the PS Audio room same as last year sounds fantastic. The greatest opportunity was being able to hear a unique pair of Arnie Nudell’s speakers “the IRS killer” live and in person. Eight Genesis tweeters, a special mid-bass coupler, and servo subs. It was a really special room to hear. 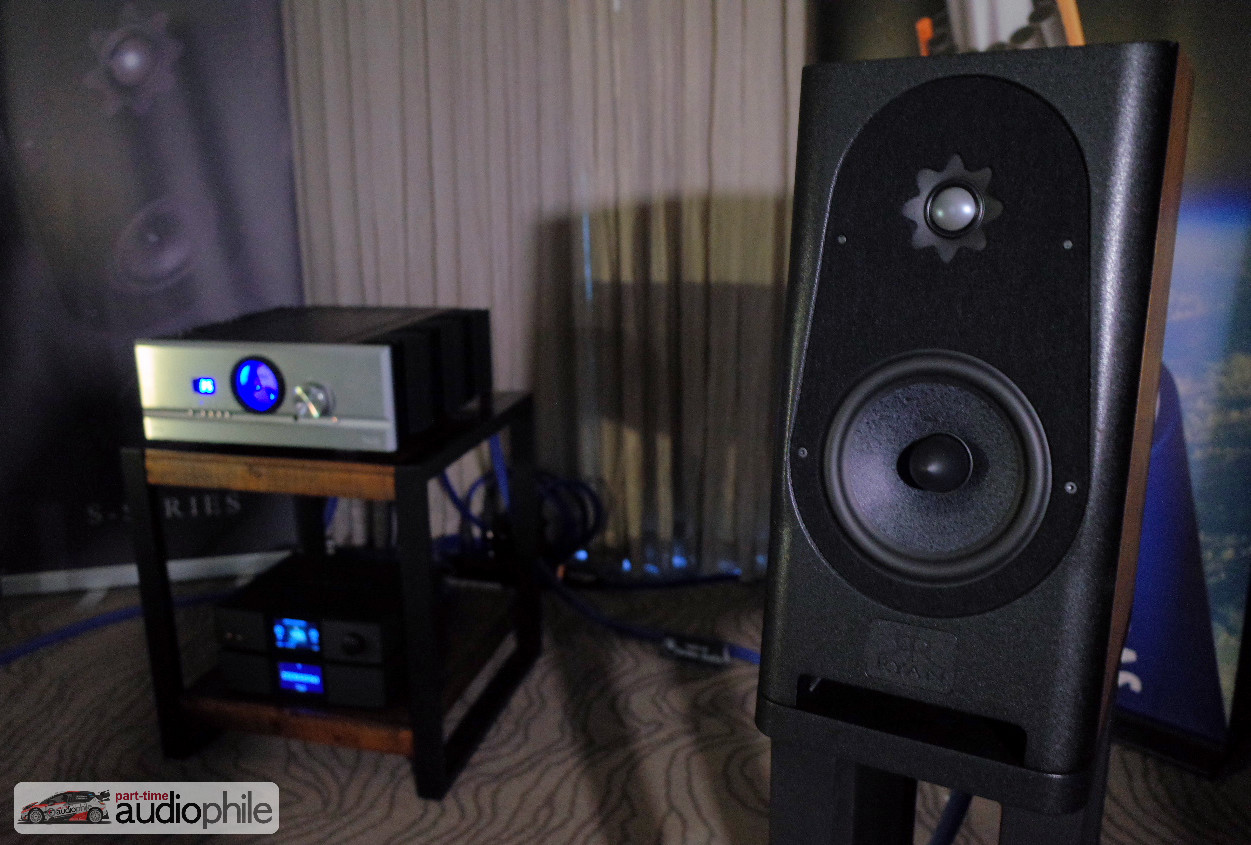 I get excited about bookshelf speakers, especially when it looks and sounds like they’ve just chopped the heads off of the tower and decided to give you 2/3 of the sound for possibly 1/2 of the price. I’m not saying that is exactly what is happening in the Ryan room, but with the most exquisite sixty watts of Pass Labs integrated power, the Ryan room was doling out almost everything I remember from S840, but now in the much smaller physical volume of the S610 stand-mount speaker. 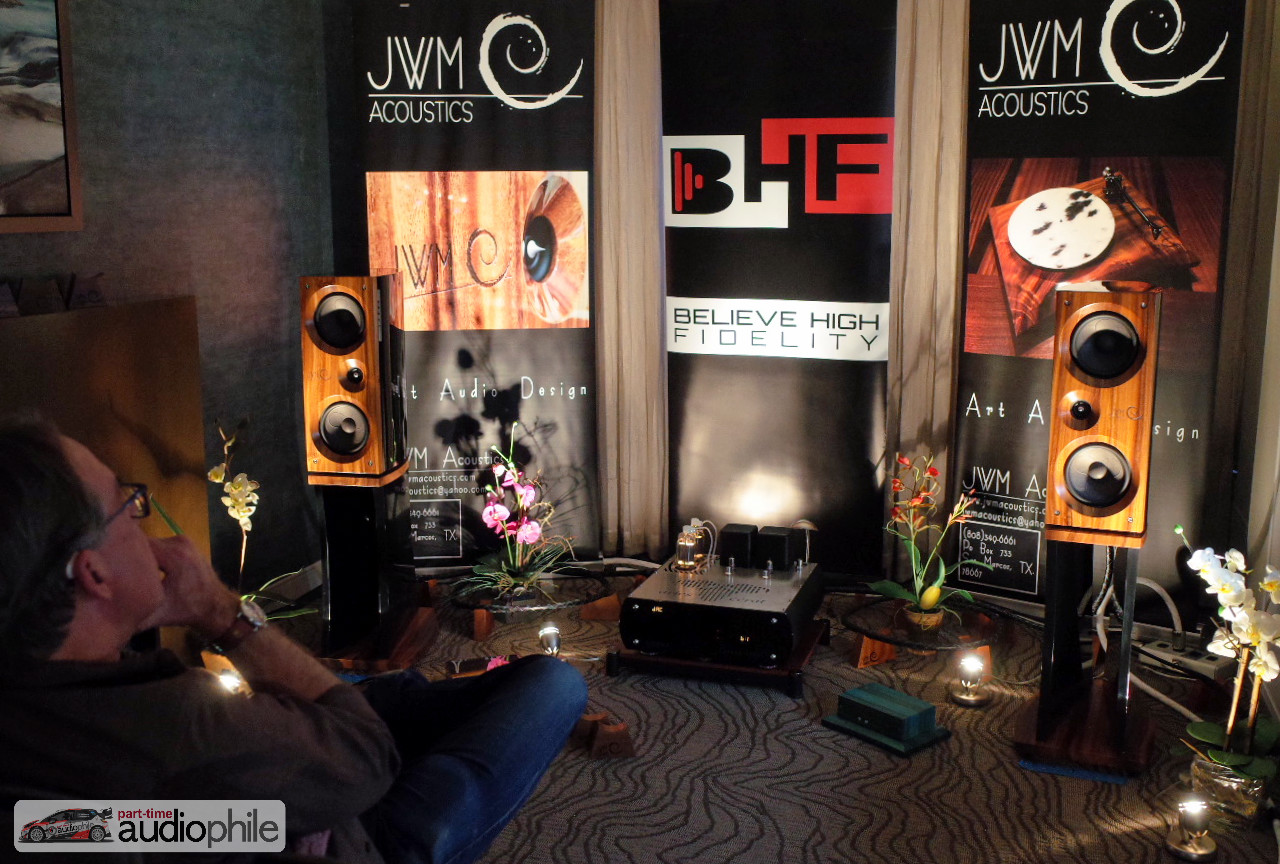 It’s been a full year since I first laid ears on the JWM Acoustics Alyson II speakers and Aries Cerat electronics. This years updated Alyson design features newly designed baffles, updated crossovers more in line with their most refined experiments and implementations, and what this all amounts to is that I still have a sense memory of my first listen, and from there, what I thought couldn’t really get any better — has done just that. 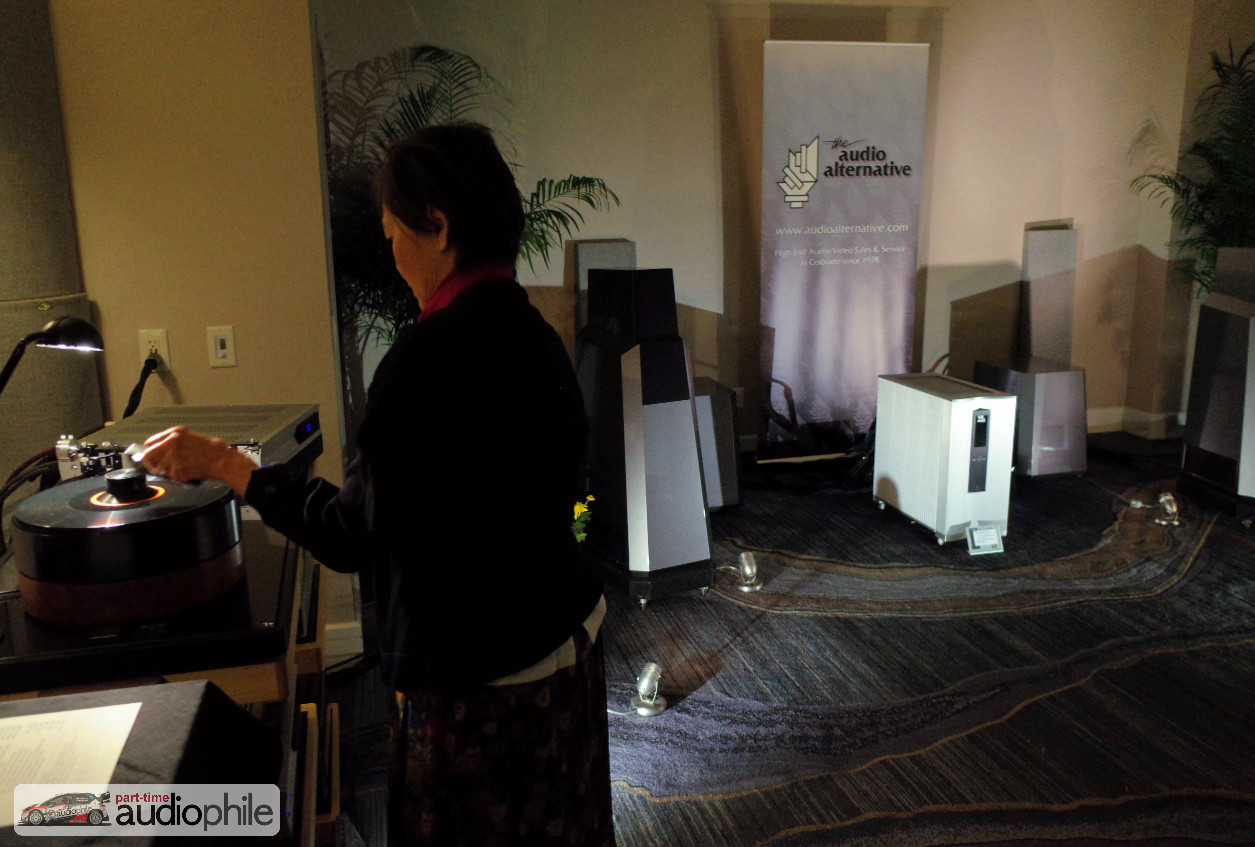 Is there anything you can’t trust VTL to control and power? If so, light me up in the comments. The VTL / Vandersteen 7 room was down right perfect. New for me was hearing the 7’s on stands, which (in my opinion) really did improve on what I originally thought didn’t need improving. I was wrong. 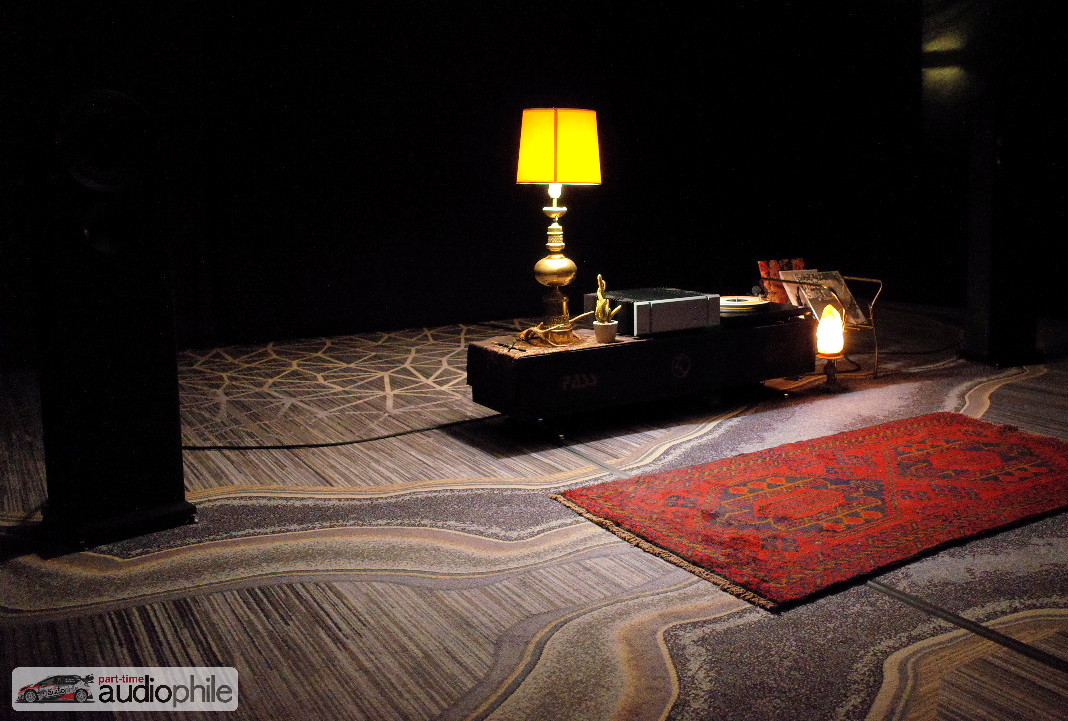 Listening to a slew of high-efficiency Zu speakers is nothing new to me, and doing so with Pass Labs is also old-hat. However, a new XP-12 preamplifier and a pair of the new XA25 Pass Labs Class-A stereo amplifiers were powering both the ($999 USD) Zu Omen Dirty Weekend, and the ($9,999 USD) Zu Druid Mk VI.

It’s not often you see (and hear) an exhibit where one model of amplifier is used to showcase such a wide berth of a speaker line hierarchy, and yet everything feel right at home in both cases. Yes, the XA25 is the most affordable stereo amplifier in Pass’ current Class-A lineup, but nowhere would I dare think or speak that the Zu Druid ever sounded better anywhere else. 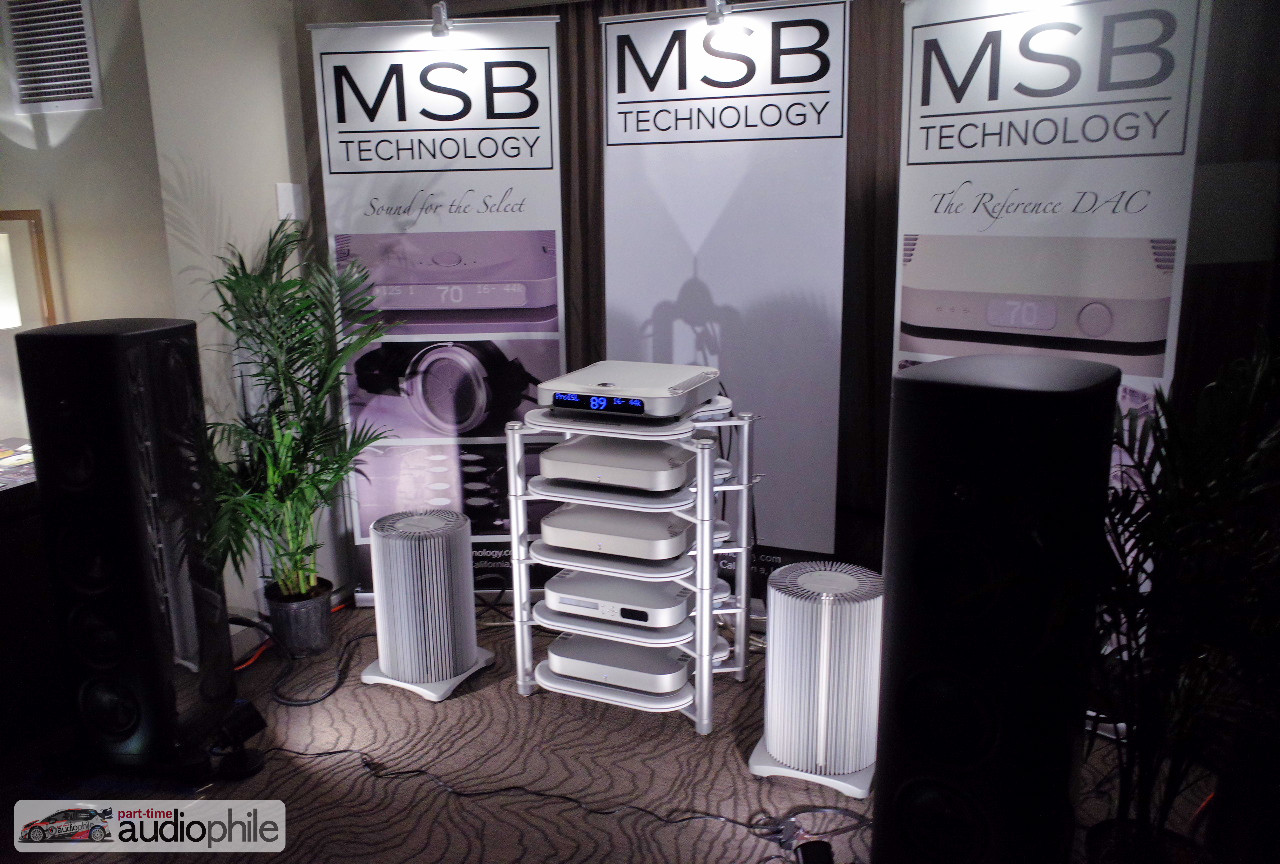 MSB always changes my opinion about speakers that I am often iffy about. The MSB and Magico M3 combination was for many one of the many competing for best-in-show sound. Accuracy is one thing — and one thing MSB does well — but to also impart a fleshy realism to music that does nothing to evoke ideals of coldness or sterility often associated with digital, that is truly special. Without a doubt, one of the best exhibits in true high-end digital.

Stay tuned for our more in-depth and dedicated reporting from the team on each exhibit we’ve visited.

Devialet Air and Roon turn the stream into reality

Wake up. You’re not dreaming (you’re streaming). The missing link to make Roon, and the Devialet Expert Series speak easy has arrived. Devialet, the French amplification powerhouse which is considered by some to be the enfant […]

In terms of pure fun, the one room I always look forward to at the Rocky Mountain Audio Fest is a mezzanine-level space shared by Zu Audio and Peachtree Audio. From appearances by rock-n-roll legends […]