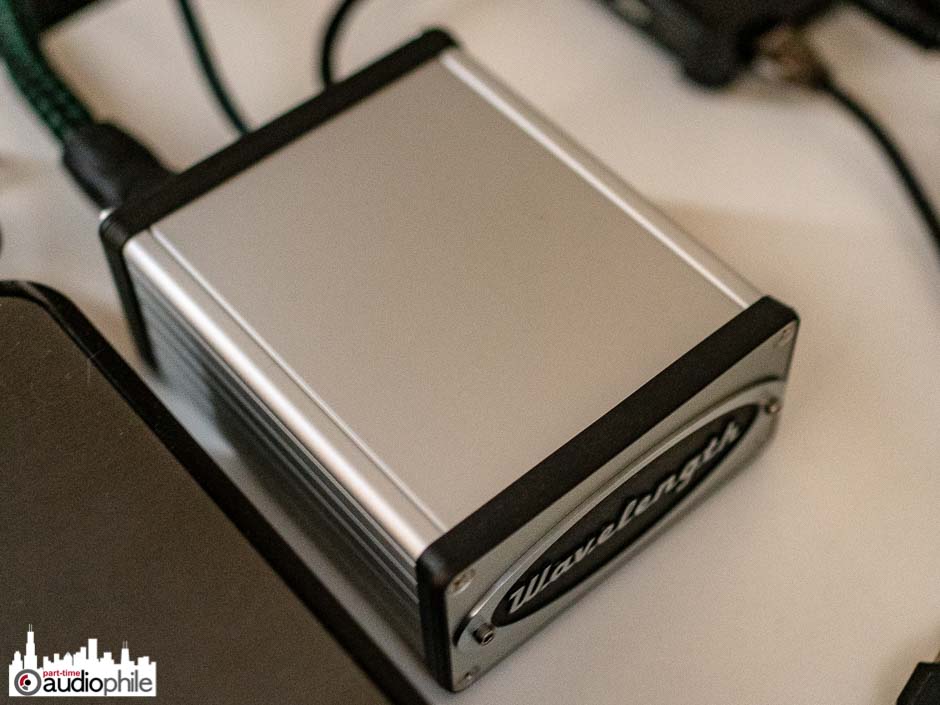 Gordon Rankin of Wavelength Audio is no stranger to controversy. He’s the guy that single-handedly brought computer-based audio into the realm of high-fidelity with “asynchronous USB”, and most such products today either use his work or leverages his ideas. That’s a nice way of saying that he had to slog through an unending bog of nonsense from partially informed but fully opinionated audiophiles that have, at various times, hailed him as both heretic and hero. So, when he introduces a new product like the “Wavelength Ethernet Spacelator”, you just have to cringe along with him. You can almost feel the wave of wild disbelief and incredulous comments building just from the name alone.

Shown here at RMAF, the Wavelength Ethernet Spacelator was in pre-production form — no word yet on whether or not this will be something that hits the market as a stand-alone product — and housed in the same chassis used by the Wavelength  Proton DAC.

As to whether or not the Wavelength Ethernet Spacelator works or how well it works, I will have to defer for now. But I will say that this outing was one of the best collaborations I’ve yet heard between AudioQuest, Vaughn Loudspeakers, and Wavelength that I’ve yet heard.

As for the details on the why and wherefore, I’ve included (a slightly edited version of) Gordon’s comments here for your general edification.

So what is the Ethernet Spacelator (ES)? I was asked after I designed the JitterBug for AudioQuest to come up with a similar passive product by a number of companies for Ethernet.

I did not want to take the easy way and made an “audiophile Ethernet Switch” because that really does not filter anything. So I thought of another thing I worked on back in the dark ages an Ethernet extension product we used to link two buildings together.

Back in the late 80’s early 90’s, we were developing a product that would link local area networks to external users. I worked with Western Digital on one of the first 10/100 capable Ethernet controllers for PC ISA buss. With that card and an intelligent serial adapter I developed, we had a network bridge product we could sell to corporations.

That popped up in my mind, alongside the idea of a filter, and bam, the Ethernet Spacelator was born.

The input side of the circuit goes to a really high quality reclocker, this is then converted to a digital parallel interface that is optically coupled in both directions to the clean side reclocker. A low jitter (0.1ps) oscillator is used on the clean side (output) and then fed to the input side of the circuit through an optical isolator. So the input and the output is not only isolated by the magnetics of the Ethernet connector, but also completely isolated by optics.

A dual linear power supply and a total of five low noise regulators are used to filter out any noise from the mains and separately power each side of the ES. A mains line filter accepts the 115/230 switchable power at the IEC.

The Wavelength Ethernet Spacelator is best used between the rest of your network and your network-enabled DAC or your music streamer (Ethernet to USB or SPDIF). This would keep noise from getting into your DAC or analog section as well as make sure the signal received over Ethernet is the best it can be. 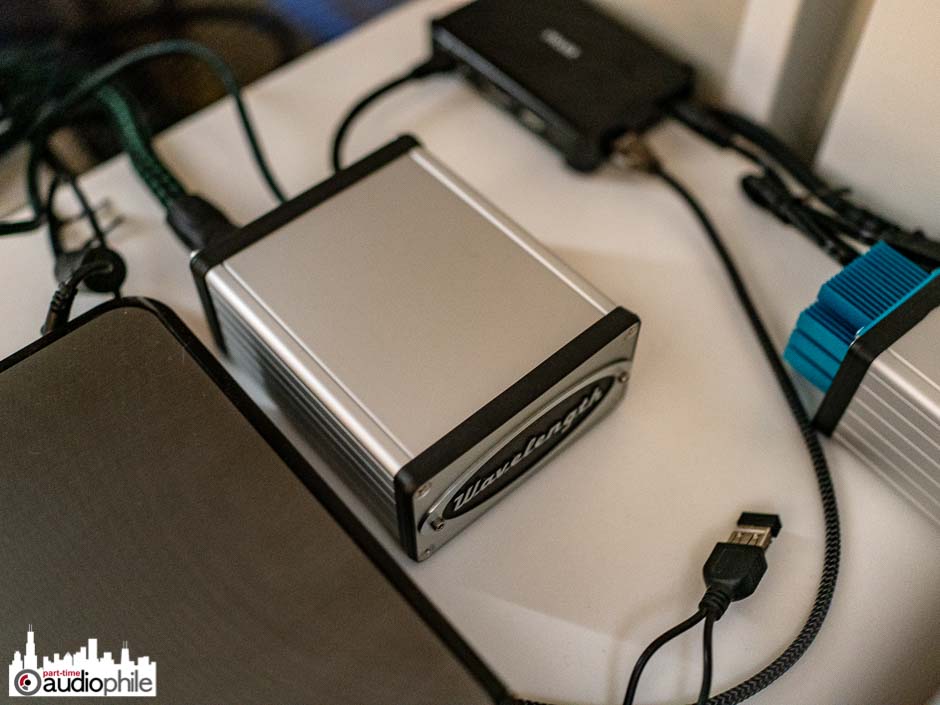 Germany’s B.M.C. Audio is announcing a new product line, the PureLine. The net-net here is this: the lineup is targeting a much lower price point. First off the line will be the $1,600 PureDAC, with […]

Every time I visit a high-end audio show room with Stenheim loudspeakers, I mention how I’m trying to get a pair in for review–specifically, the Alumine 2 bookshelf speakers ($11,950). I’ve heard these Swiss speakers, […]

Christopher Hildebrand of bespoke high-fidelity manufacturer Fern & Roby showed off some impressive pieces of kit at AXPONA a few weeks ago, and when I spoke with him there he related his excitement at attending […]