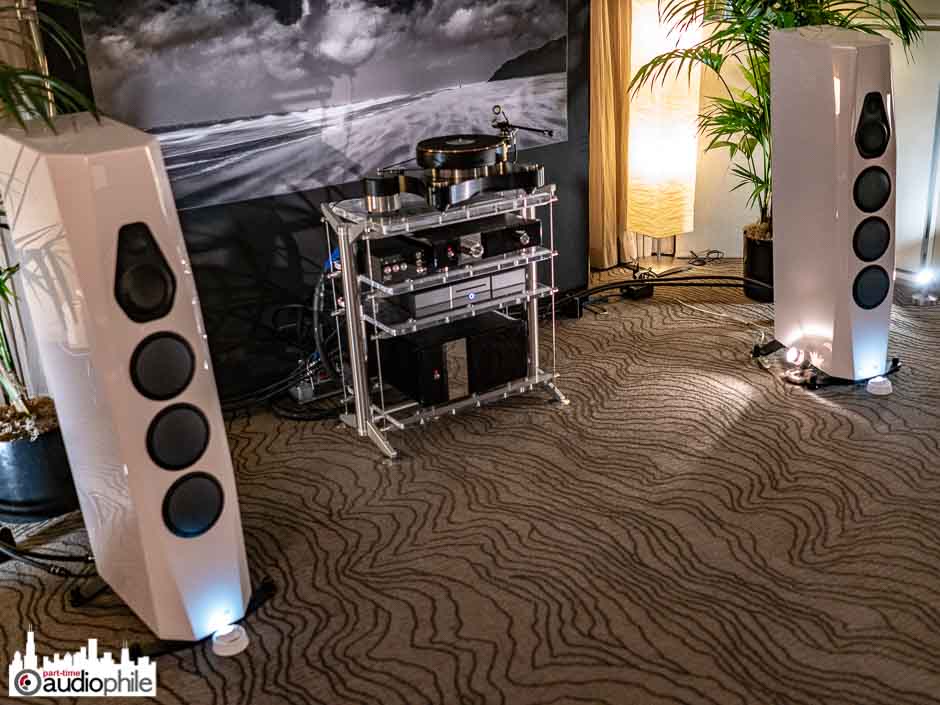 As I’ve mentioned, it’s been a while since I’ve been to a high-end audio show—almost two years, to be exact. I exhibited for the last time at AXPONA back in 2017, which means I was stuck in my room for most of the show, but I made time one special visit due to the incredible buzz I was hearing. That room, of course, belonged to Doug White, proprietor of the Philadelphia-area dealership The Voice That Is. I wanted to hear Tidal Audio speakers and electronics from Germany in all their splendor, and I also wanted to visit my good friend and fellow importer Bob Clarke who brought a new Transfiguration Orpheus phono cartridge along for the ride.

I snuck in behind Jason Victor Serinus of Stereophile and listened as Doug played some crazy, daunting and magnificent music from Lou Harrison for him. This might have been the most dynamic and realistic rendering of a full-scale orchestra I’ve ever heard at a show—or anywhere for that matter. I can still recall the piece in detail. 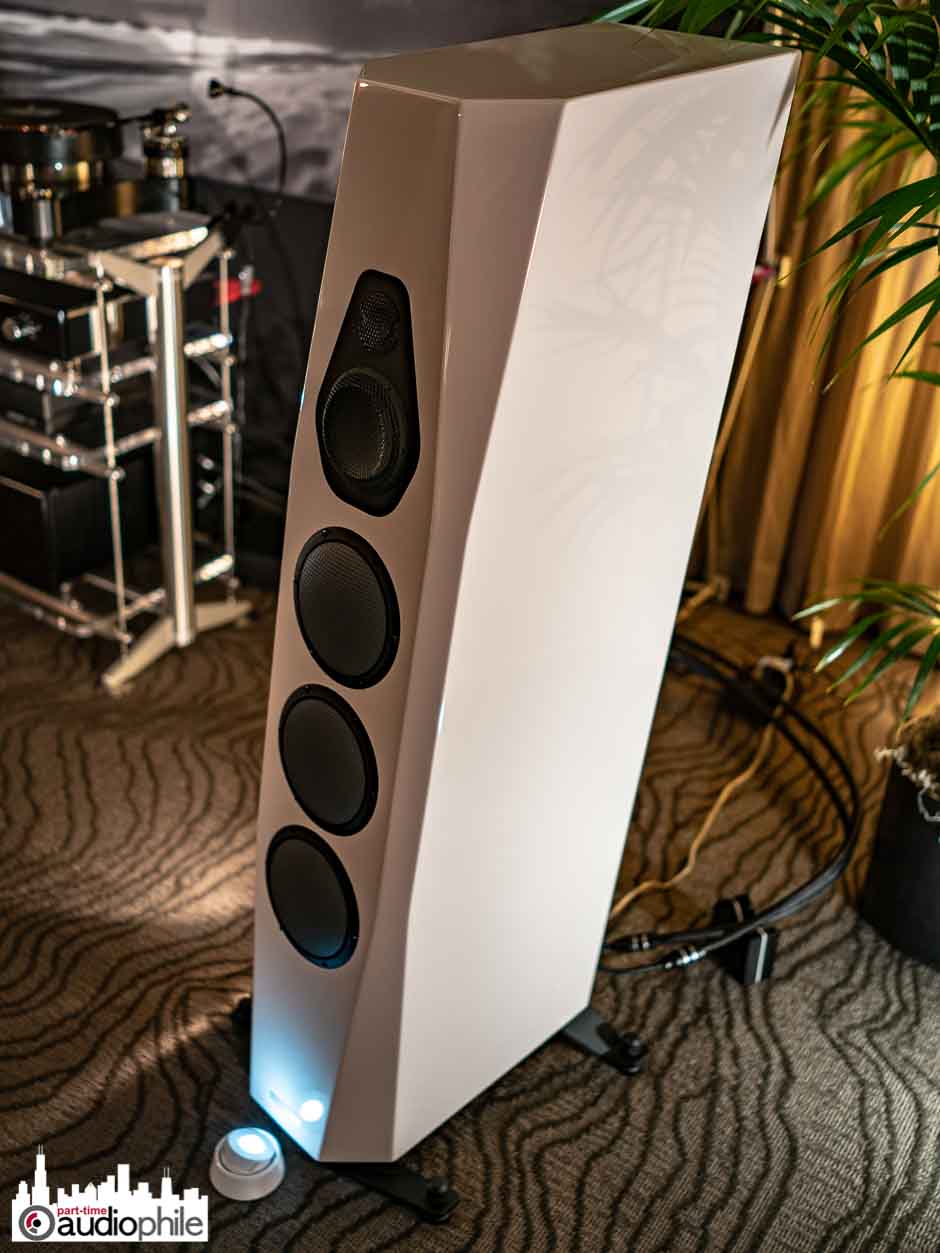 Flash forward to the 2018 Rocky Mountain Audio Fest, and Doug White’s room hasn’t changed that much—he’s still featuring Tidal speakers and electronics with a TW-Acustic front end, and Bob Clarke is still showing off the Transfiguration. There’s one subtle difference, however—the featured Tidal speakers aren’t the $219,000/pair Akiras I heard in 2017, but the new Vimberg Mino that retail for a mere (!) $29,000 per pair. Vimberg is a new line that uses designs and technology from Tidal and brings it to a broader audience.

While a speaker that retails as much as a pretty nice new car can’t be called a product for the masses, there is a reason why Eric Franklin Shook kept declaring Vimberg the greatest bargain in high-end audio all through the show. Listening to this system, which mated the Vimbergs to the $33,000 Tidal Preos preamplifier, the $33,000 Impulse dual-mono amplifier, Tidal cabling and the TW-Acustic Raven AC-1 ‘table ($15,500) and Raven 10.5 tonearm ($5500), not to mention the Transfiguration Proteus ($6000), those memories from the 2017 AXPONA show came flooding back.

More Than a Family Resemblance

As Doug played a few gorgeous trip-hop tracks from the Antipodes DX Gen 3 Music Server ($7800), I had the same reactions—seemingly unlimited dynamics but with musicians and spaces presented in the correct physical size. (So many “big” systems tend to make everything just a little bigger than life, in my opinion.) I also felt that this system had mastered the concept of soundstage depth, since the room boundaries magically disappeared every time Doug played a track.

It’s not fair to say that the Vimberg Minos are just as impressive as the Tidal Audio Akiras—that would be foolish to say without listening to a direct comparison. But I truly believe that the Vimbergs were able to make that same stellar impact and offer the same glimpse of the musical event through a very similar window.

$29,000 for a pair of speakers might not be a bargain for 99% of the music lovers out there, but the Minos represents an almost unbelievable value when it comes to conjuring up a completely believable and awesome musical experience.

I am a self-professed integrated acolyte. An all-in-one box, such as the Rotel A12MKII, really sits on my astral plane for a multitude of reasons, not the least of which it is (virtually) guaranteed to […]

Reported by Dave McNair When I walked into the Joseph Audio, Doshi Audio and Cardas Audio room at the 2020 Florida Audio Expo, I heard Jeff Joseph playing Brubeck’s “Take Five” and instantly thought, “It […]

2L Recordings‘ Himmelborgen consists of three very familiar elements–pipe organ, choir and church. Yes, hymns are being sung. This beautiful recording should remind you of being in church on an early Sunday morning, provided you […]