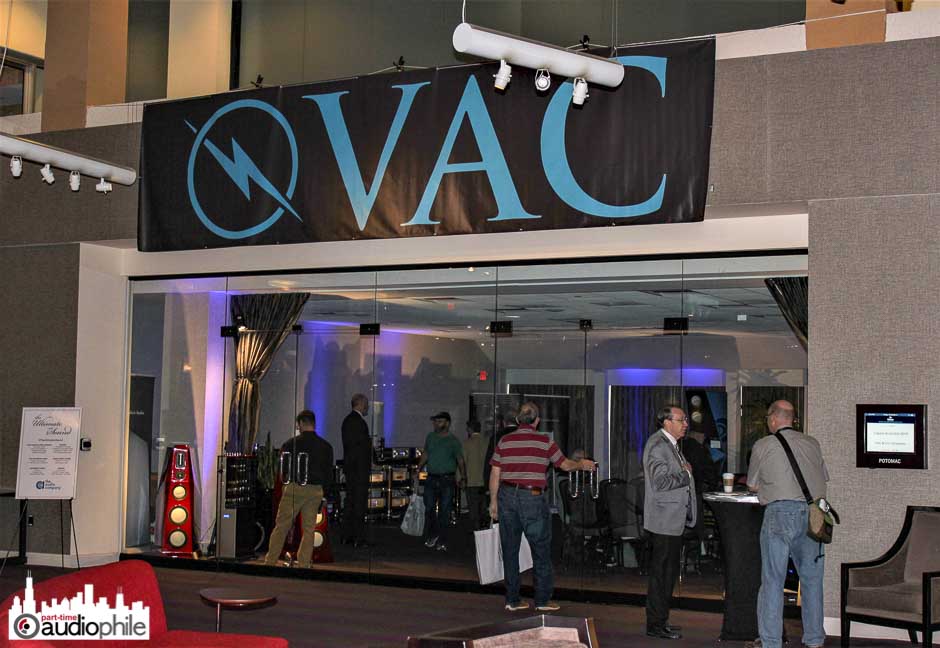 Each time I’ve visited the Von Schweikert rooms at hi-fi shows over the last few years, Damon Von Schweikert and Leif Swanson have upped the ante in terms of presentation, sound and most importantly, the WOW Factor. First of all, I’m not damning them with faint praise, as if back in the day their exhibit rooms were only so-so and they’ve gotten much better. No, we’re talking about a duo who wins award after award, best-in-shows, all the marbles. The fact that they keep outdoing themselves is perhaps troublesome for their competitors, but outstanding for the industry. I’ll explain why in a bit. 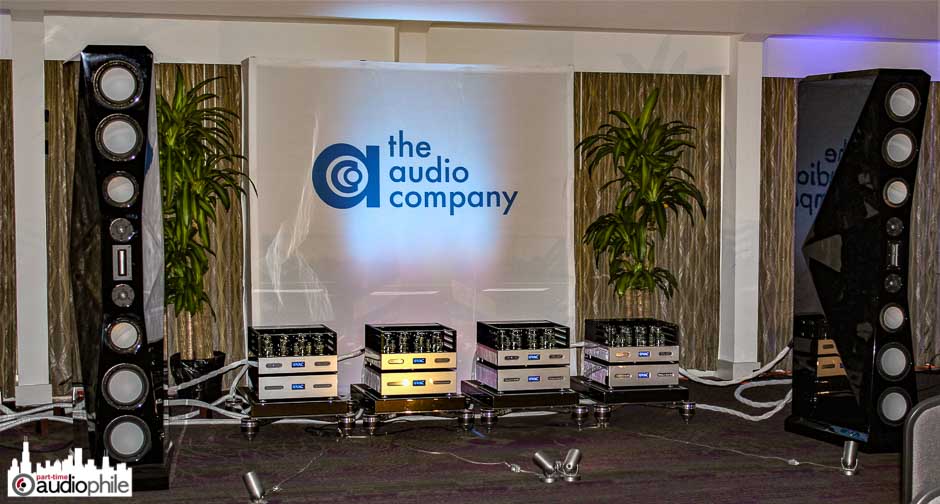 The Most Amazing Hi-Fi Store You’ve Ever Seen

That’s it in a nutshell. When you walk into the tremendous lobby and atrium of the Hilton for the 2018 Capital Audio Fest, the first thing you’ll notice is the incredibly big VAC banner over what looks like a glass storefront. It’s not a store, though—it’s the exhibit room for Atlanta’s The Audio Company, featuring VAC and Von Schweikert and much more. It looks like the most beautiful, most upscale high-end audio store in the world right in the middle of a hotel lobby, with static systems in the front windows that cost six figures and a big system in the back pounding out tunes that costs, well, seven figures.

The room inside is huge, bigger than any exhibit room I’ve ever seen at a show, and beautifully and tastefully lit. Only a few speakers can energize a room this big, in my opinion, and the $300,000/pair Von Schweikert Ultra 11s is certainly one of them. These are monstrous in size, about eight feet tall, and they look like they weigh at least a ton—each one of them, that is.

But now that I’ve told you how much they cost, I have to stop for a second. Everything in this system is incredibly expensive. The two pairs of VAC Statement 450iQ monoblock power amplifiers—four amps in all—will set you back $240,000. The VAC Statement phono stage is $80,000. The VAC Statement line stage is $75,000. The Esoteric Grandioso transport, master clock, monoblock DACs and network audio player will cost $124,000. The amazing Kronos Pro turntable with Airtight Opus 1 cartridge almost seems like a bargain at $66,500, especially when you discover that the equipment racks and amp stands from Critical Mass run $164,000 for the complete set.

None of that matters.

You can drive yourself mad thinking about how much this system costs, and how rich you’d have to be to be in order to have enough disposable income to put something like this in your house. To tell you the truth, I’ve visited the Von Schweikert plant and they’re making and selling plenty of speakers at any given point in time. But who’s buying this stuff?

You need to weigh all that against sitting down and actually listening to what a system like this can do. I spent way too much doing so the first day of the show—the after-hours party went until after 1 am. We listened to everything from a tumultuous performance of Beethoven’s Appassionata to Madonna to ‘70s prog-rock to Andreas Vollenweider, and while the scope and range of the sound seemed infinite in terms of possibilities, the system also excels at presenting everything in its correct size, so while Roger Waters is surrounded by a soundscape that reaches well to the sides of the room and back toward the listener, he’s exactly 6’ 3”, which he is.

That brings us back to the discussion of who can afford a system like this, and how obsessive they might be about listening to music. Quite frankly, that’s none of our business. What is our business is that people like Damon and Leif and Kevin Hayes of VAC and the whole staff at The Audio Company are filled with passion and are pursuing perfection, and they are generous enough to share that at numerous shows all over the world—all for the price of an admission ticket.

So instead of complaining about the lofty price of high-end audio equipment, we should feel grateful that we can go to an audio show, plop down in a seat for two or three days, and experience something that might make us deliriously happy if we let it. 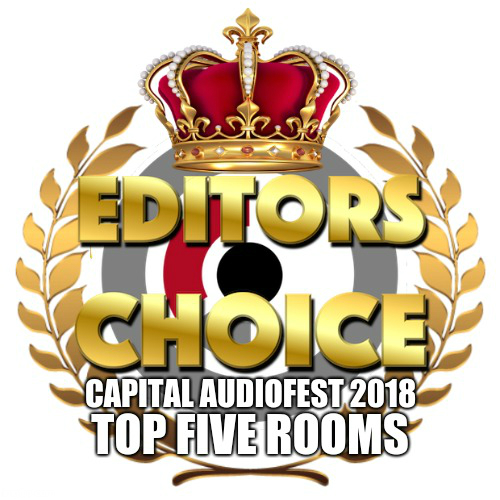 The audio show circuit can seem more like an audio show circus at times. However, every so often a standout show-going experience happens in an audio show room and we’re left as journalist wanting to eschew our journalistic duties and set-up camp for the rest of the day. As to what factors in achieving this award — it’s everything.

Everything from the system’s sound, to its synergy, to music choices, to exhibiting creativity, to an individual product blowing us away, to the overall experience and atmosphere of a room engaging the audience (both in system and the hosts), on down to having great literature on what’s new, and complete system breakdown sheets with pricing information available for take home. A great room entertains, engages, and informs. Everything matters.

With AXPONA peeking around the corner, I wanted to touch base with some companies I knew would be heavily invested in bringing their statement, and flagship designs to what’s fast becoming the largest audio show […]

Some hi-fi components take a while to reveal their strengths. Some gear makes me fall in love immediately. For me, the VAC Master Preamplifier (website) fell in the latter category. Over time as preamplifiers of […]