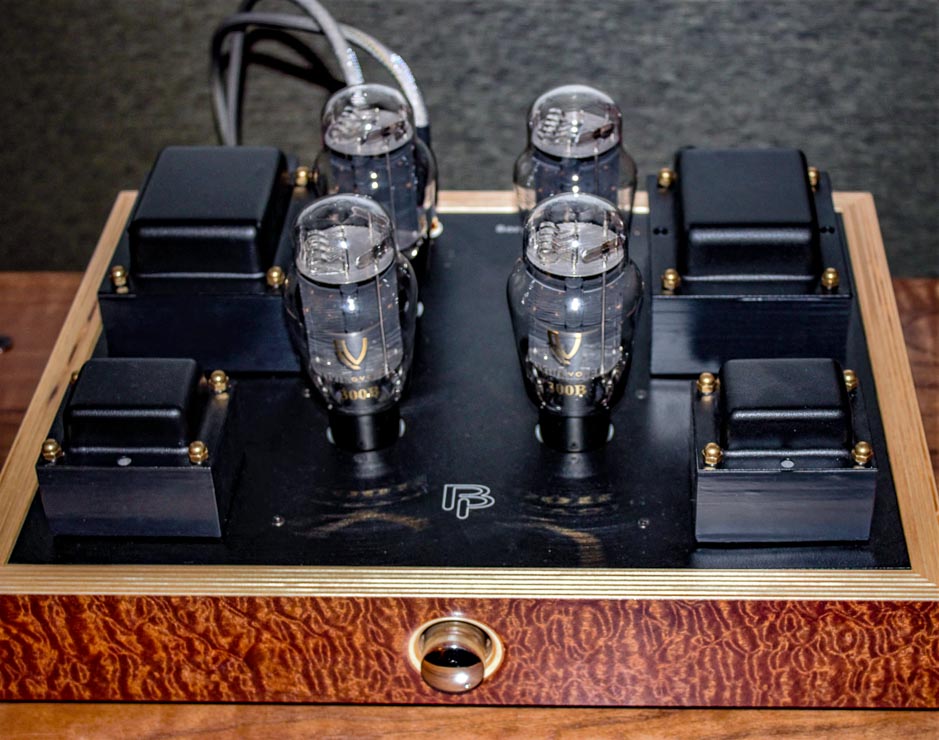 Part-Time Audiophile readers are probably already aware of our enthusiasm for the products of BorderPatrol and Volti Audio. Since I am new to the staff, I am also new to the distinctive and engaging sound accomplished by these two manufacturers. I did get a brief taste of the combo while visiting PTA publisher Scot Hull a few months ago—he was using BorderPatrol amplification and the new Volti Rival speakers in his main system. We were evaluating one of Lyn Stanley’s glorious reel-to-reel limited releases, and I was mightily impressed with the big effortless sound.

The Panavision of Hi-Fi

I have to make a brief correction here—I have heard BorderPatrol and Volti Audio at a show exactly once before, a couple of years ago. I stuck my head in briefly to see what the fuss was all about, and I experienced a very unusual set-up—Volti’s gigantic Vittora loudspeakers placed far apart along the long wall of the room, close to the corners. It was an immersive sound, as big as it gets, and while it looked unusual, I got caught up in all the excitement.

At the 2018 Capital Audiofest, I was treated to a similar set-up, this time with the smaller Rivals (starting at $8,900/pair) and Triode Wire Labs cabling such as “The Obsession” power cords ($1399 each), “American Speaker Cables” (starting at $699/set), “Spirit” interconnects (Starting at $399/pair) and assorted digital cabling for the Innuos Music Server and the BorderPatrol DAC SE (SPDIF+USB, $1850). A beautiful BorderPatrol P20EXD power amplifier ($20,650) provided this big, exuberant 300B sound with just 20 watts per channel, thanks to its push-pull configuration.

A Member of the Band

I heard that same broad, immersive sound from the trademark corner placement of the Rivals as I did the other two times, but I was also impressed with powerful and deep bass from what is supposed to be the “small” speaker in the Volti line. (You get an honest 32 Hz from a speaker that is “1/3 the size and 1/3 the price” of the Vittora, and the Rival also has a 100 dB efficiency!) The woodwork on these speakers is so gorgeous, and its performance so impressive, that I thought the $8,900 price was a typo.

The BorderPatrol amps were equally surprising—the P20EXD seemed to preserve all the strengths of the 300B tube (lifelike midrange and just the right amount of warmth) while vanquishing the shortcomings (odd soundstage, sloppiness at the frequency extremes). I’ll go out on a limb and say this is one of the most enjoyable and versatile 300B amps I’ve heard.

I need to mention one more time that while BorderPatrol, Volti and Triode Wire Labs create a sound that is different than most, and decidedly not overly “hi-fi,” the musical engagement is extraordinarily high—especially when you let this system really rip. I said the sound is immersive, which means that you’re sitting very close to the stage, or maybe even among the musicians. But that’s the place to be as far as I’m concerned—that’s where the magic is.

Lyn Stanley, London With A Twist: Live at Bernie’s | The Vinyl Anachronist

When I received my LP copy of Lyn Stanley‘s London With a Twist: Live at Bernie’s, I got the Super Primo Ultra Edition. Many of you will only splurge on the numbered Limited Edition LP, […]

Nashville, TN (PTA) — Volti Audio has just introduced a new horn loudspeaker that is truly something to get excited about. At just under $5k, the new Razz three-way hybrid horn/bass reflex loudspeaker is a […]

Unless you’ve been hiding under a rock for the last couple of years, you’re probably aware that Vinnie Rossi has been shaking up the world of high-end audio shows with his tremendous L2 amplification line. […]