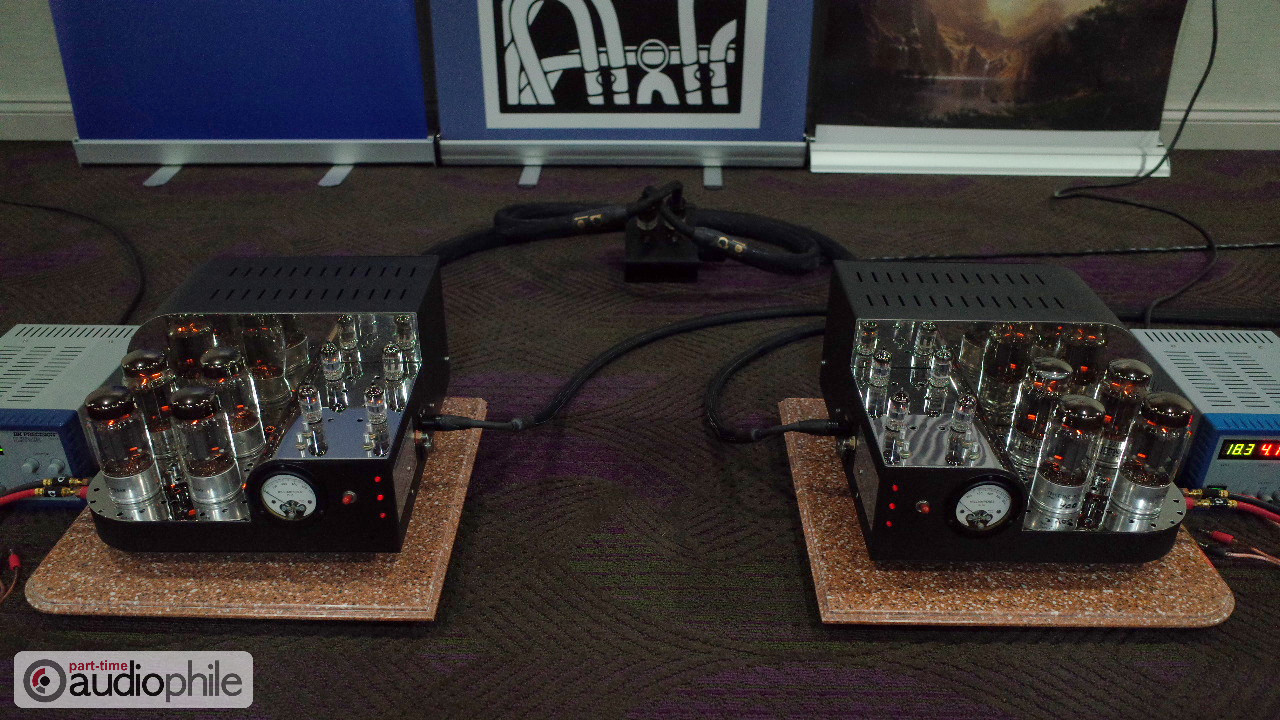 Classic Audio Loudspeakers shows us Field Coils and Reel-to-Reel tape, Atma-Sphere brings the heat, Tri-Planar lends a strong arm, and Purist Audio Design takes us to Neptune — what’s not to like? 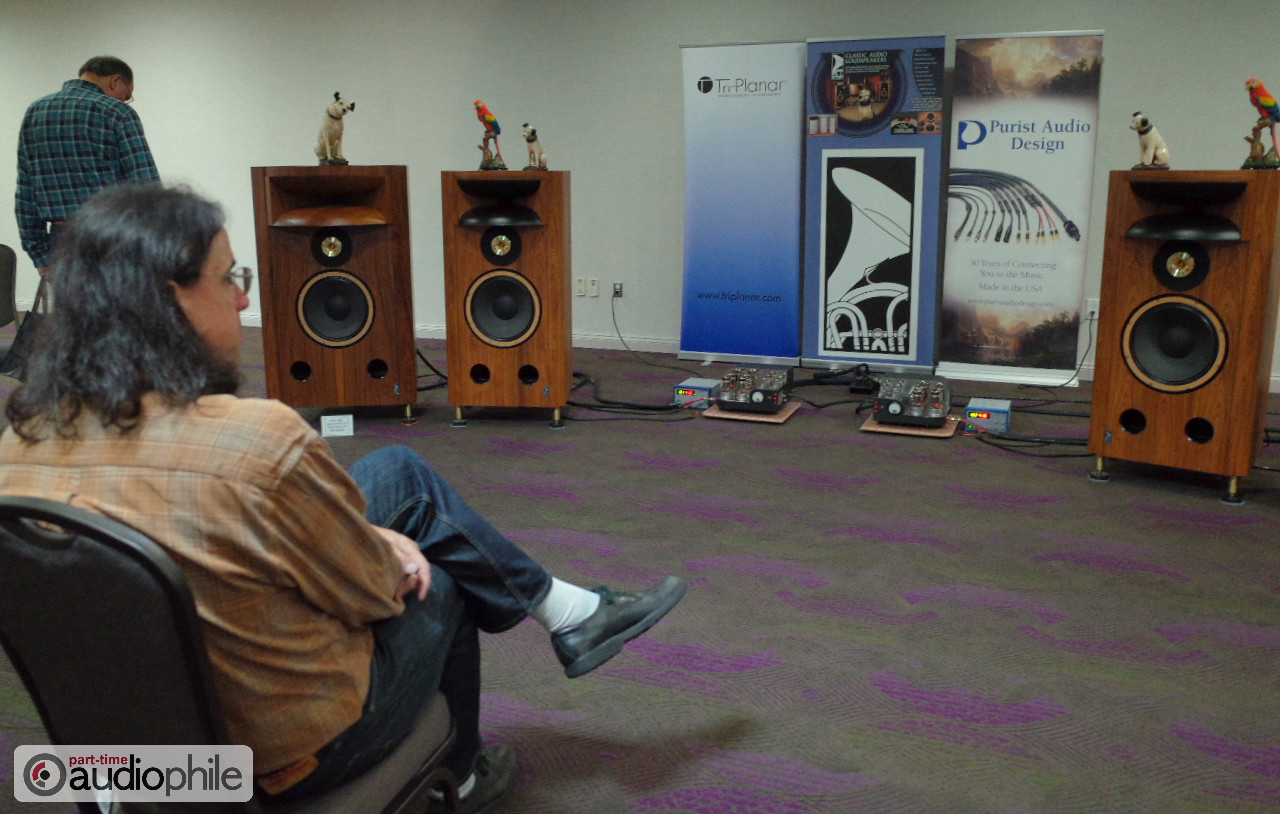 Once again, I’m seated in front of a Classic Audio Loudspeakers system, with the Atma-Sphere Novacron monoblock amplifiers lighting the way. Now for some history on the Novacron; originally introduced in 1991, the Novacron was the first US product to use the classic 6C33C Russian power triode. Just within the last few years Atma-Sphere is making the Novacron again, now updated to Mk 3.3 status. Class-A tube power, at a stout 60 watts.

The gentleman at Classic Audio Loudspeakers often demo with two pairs of Godzilla sized field coil speakers, here at CAF 2018 it was business as usual. Firstly the T-1.5 Reference is a 450lb large horn based loudspeaker owing much of it’s heritage in design to the James B. Lansing Hartsfield loudspeaker. Utilizing energized field coil drivers to replace the typical permanent magnet structure found in every other cone speaker driver that isn’t a field coil design. Field coils for lack of better terms are “perfect” in that the magnetic field they create is more stable by comparison to permanent magnets. Something interesting that most people don’t know about the T-1.5 is that it’s front facing 15” woofer isn’t the only bass providing driver in the loudspeaker. Under the cabinet is a floor-facing 18” woofer used to wrangle in true 20hz extension. I think from that bit of trivia you can now understand why these speakers need so much room to breathe. 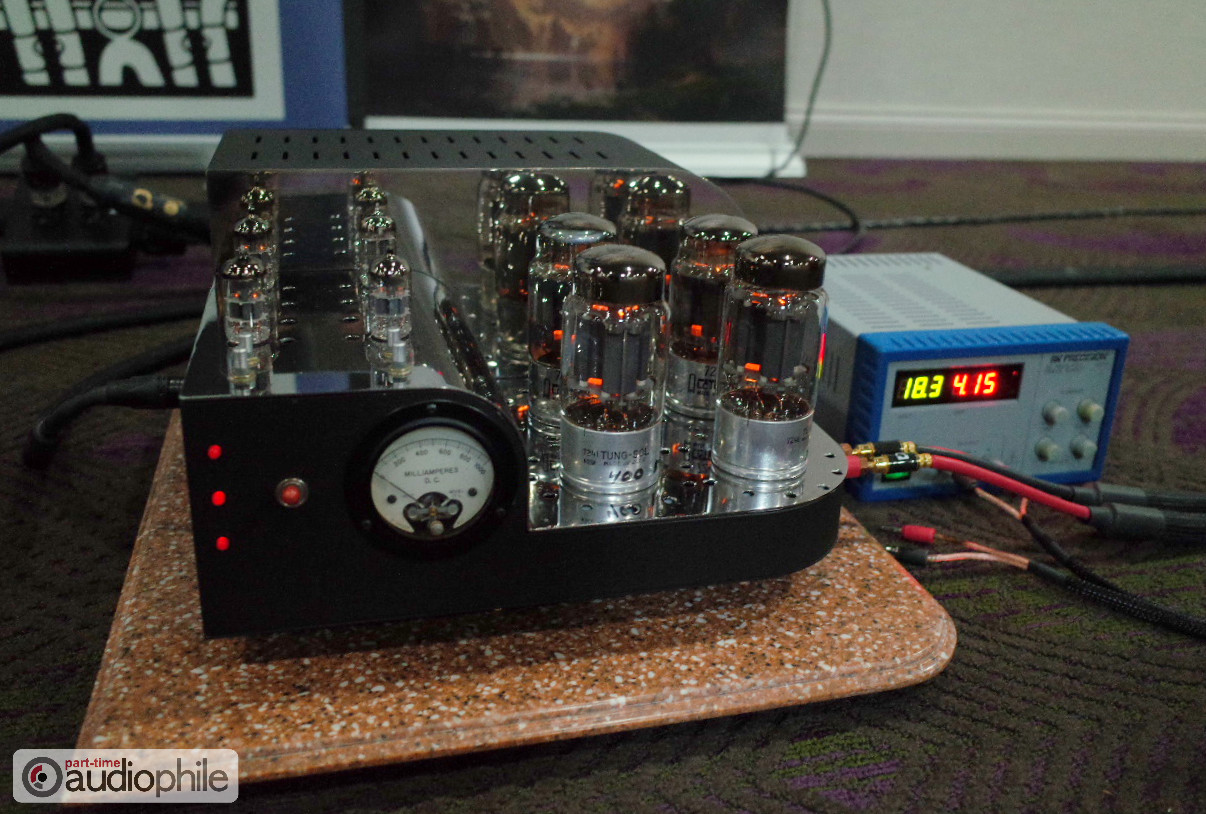 Known for being heard well away and down the halls of audio shows, the Classic Audio Loudspeakers systems play loud. I really can’t blame them for flexing and spreading out the sound with so much room at their disposal. Doing so genuinely pushes the point of building big loudspeakers with high efficiency woofers and horn drivers.

Something I think lost on most who enjoyed this room was how long the cable runs in this system had to be. With that, you’d expect RFI and other issues by the boatload, but none were audible, even when the system was idle between reels. Good show for Purist Audio Design, as the task of reeling in the noise-floor on such a gigantic system is no small feat.

Speaking of “Reels”, we did half of our listening this time from the Studer reel-to-reel machine. Often at shows you’ll see a reel-to-reel machine and a few tapes lying around, but usually it’s one tape on demo. The Classic Audio Loudspeakers guys brought a few hundred miles worth of tape, so we had plenty to choose from. During our sessions we swapped around genres but mostly remained with classical. As far as I can tell, nothing else at the show really gave us the impression of realism in scale or dynamics for classical music like the Classic Audio Loudspeakers systems were at Capital Audio Fest.

My first encounter with Vanatoo self-powered speaker systems began here at Capital Audiofest 2014, of which we shall all do our best to forget that was well before my Part-Time Audiophile days, and near the […]

WASHINGTON DC (PTA) — Two new writers have joined the Part-Time Audiophile staff. Luckily for us, both were able to join us at Capital Audiofest 2019. Before the show started, I invited both Dave McNair […]

The good people in Detroit at Shinola are keeping very busy indeed. The hand built leather goods, watchmaker, lifestyle products, and high fidelity stereo company has just announced they are entering the headphone market with […]