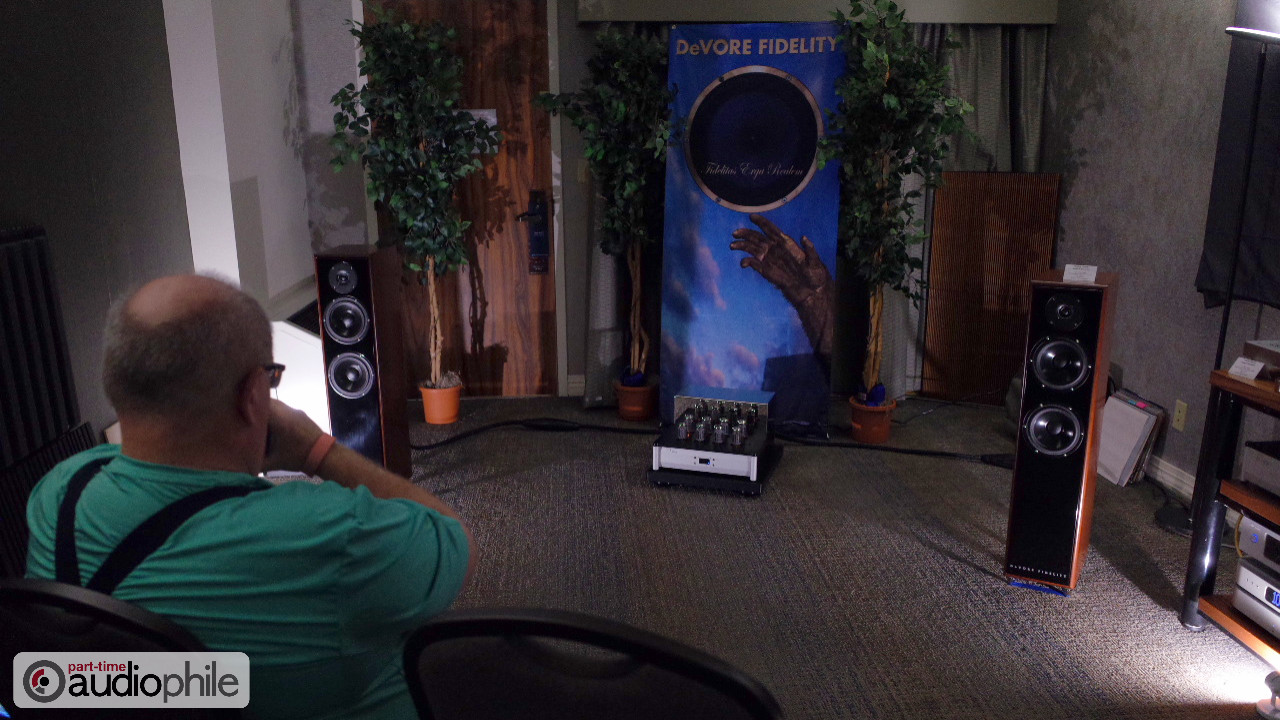 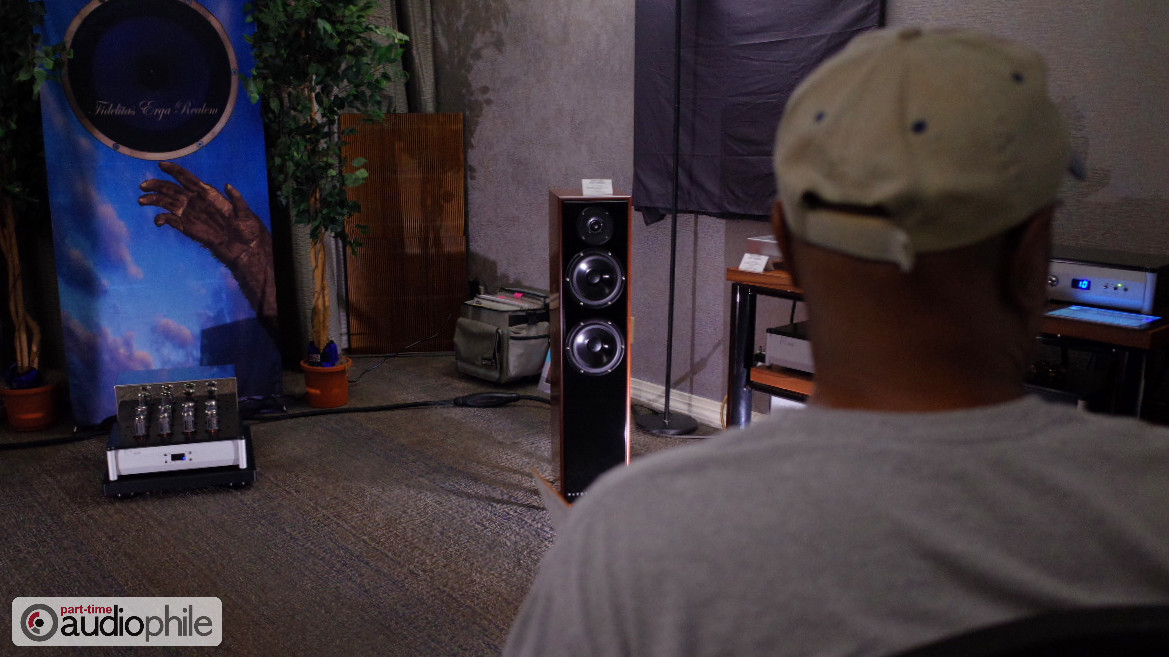 Doshi Audio has grown into its commercial and critical success, achieving recent prominence in the high-end electronics community. Here at Capital Audiofest, Doshi Audio was showing off their current Tape Stage Preamplifier — universally considered the finest Tape Stage Preamplifier ever produced — in concert with their (Hybrid) Stereo Amplifier. This is Doshi’s first Hybrid design, which only needs only two gain stages to deliver 65 watts per channel into 4 Ohms (Other impedances available on request). Using a J-Fet input and EL34/6CA7 output, this extremely low feedback design that operates in pure Class-A at up to 50 watts per channel. Four 6CA7 tubes per channel empower the Doshi Stereo Amplifier to deliver a lower output impedance, enabling tight control over a wide range of loudspeakers.

J. Sikora was debuting their new Standard turntable. A 128 lb beast of hardened stainless steel, Zirconium, Cemented Carbine, and Glass Graphite. It was a beauty to behold, but sadly during my listening sessions it was not in use. Give that time over to the Reel-to-Reel, which I am not complaining.

Devore Fidelity’s Super Nine comes at me with familiarity. Upscaling the Gibbon 88, I know well enough by presenting with two 7” paper cone woofers, and utilizing the exact .75-inch tweeter I fell in love with in the bigger Gibbon X. The Nines position themselves closer to the Gibbon X in terms of power and refinement. I still love the Gibbon 88, but the Super Nine could easily become my new favourite Gibbon to recommend for much larger rooms.

Fellow PTA writer Marc Phillips also claimed this as one of his favourite rooms. Such a pity that he isn’t the one writing about it. Oh well, maybe next time.

I’ve been a fan of the Gibbon series speakers on low power tube amplifiers for some time now. For me, the Gibbon 88 and a Line Magnetic Integrated are hard to beat. That is, until you haul in a pair of Super Nines, coupled to some serious Doshi Class-A power, and feed the duo Reel-to-Reel tape goodness. This room took what I already loved about the Devore presentation, and took it up a notch. Though this room may have not been the ideal architecture to show off how commanding the Super Nines can be with larger spaces; the smallish room had no problems with showing off the Super Nines ability to disappear into the image, and flesh out lifelike textures and tone.

DENVER (PTA) — The Music Room started eight years ago, buying and selling pre-owned hi-fi gear on the internet. Since that time, they have become the world’s largest buyer and seller of pre-owned, discontinued, and […]

So I’m reviewing these Luminous Audio Technology Prestige III loudspeaker cables, ready to write down my impressions, and suddenly I remember that in my Raven Audio Soniquil cable review I spent all this time admonishing […]