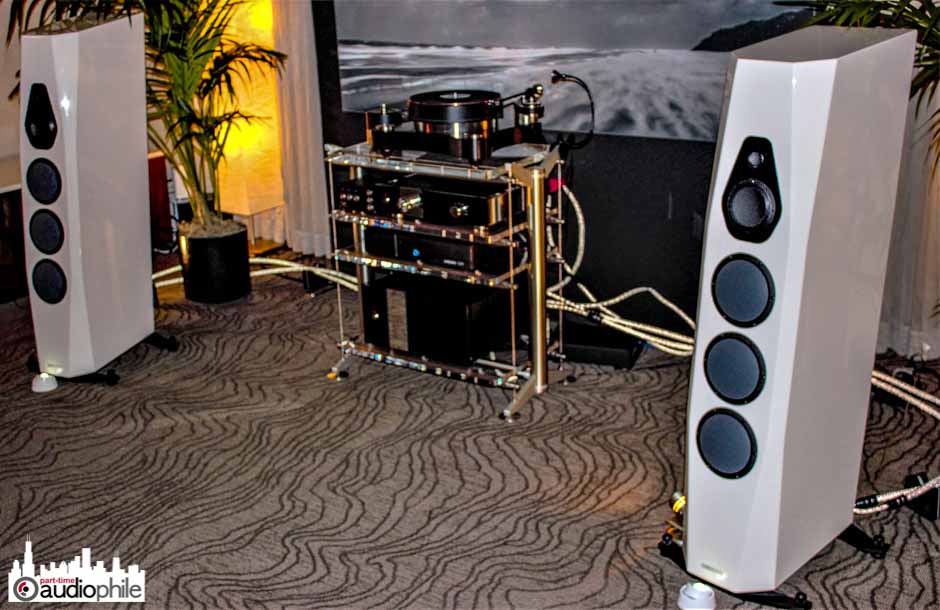 I haven’t attended a high-end audio show as a member of the press in nearly a decade, and I’ve never done a “wrap-up” before, so this will be both an honor and a stroll into the wilderness. The 2018 Rocky Mountain Audio Fest was indeed a thrill–I haven’t been there for the last two or three years and it was a pleasure to return. I had one small problem, however, with getting lost. This was the first time I’ve been to the DTC Marriott since the renovation, and everything was moved around.

Here’s an impression of me at this year’s RMAF: “It used to be over here…and now I have no idea where it is.” It doesn’t even matter–next year’s RMAF will be at The Gaylord. 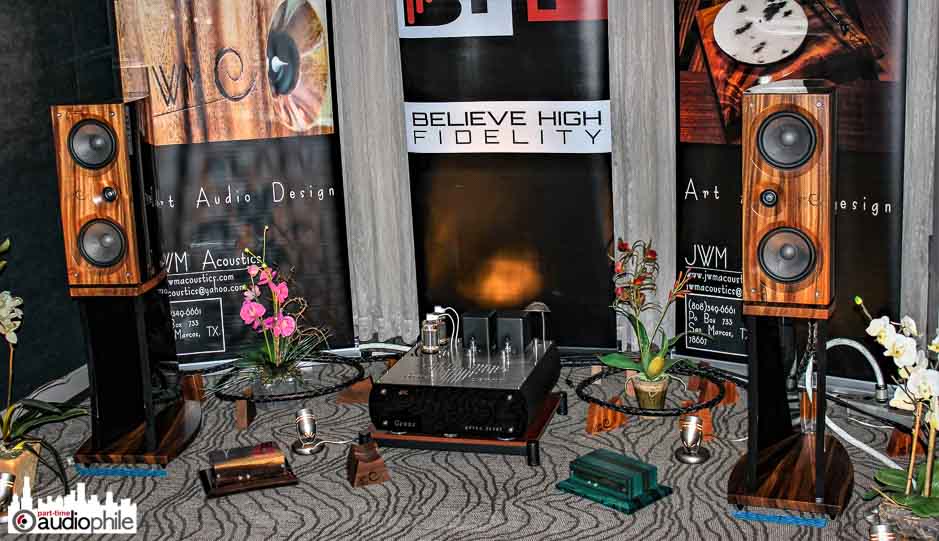 Falling Through the Cracks

I started out with the best intentions. I was assigned, like most high-end audio journalists, to cover specific rooms. At the same time I was given considerable freedom to roam, to discover, to find new and interesting things. The very first room I walked into belonged to Voxativ. It wasn’t on my list, but I’ve heard about their fascinating single-driver, high efficiency speakers for years and I wanted to sit and listen. This Berlin-based company debuted its T805 integrated amplifier, which is milled from a single hunk of aluminum and weighs 120 pounds, and their Pi 9.87 speakers which use a single field-coil driver per side. I spoke with Voxativ’s Holger Adler, who was extremely kind and friendly, and I sat for a while and absolutely loved the lush, vivid sound of the system.

I promised to return to the room for a more thorough evaluation, but never got the chance. ARRRGGGHHH.

I did the same thing in the Parasound room, the JMW room and the Triangle Art room. All three rooms had fabulous sound, and yet I didn’t quite have the time to go more in-depth with my coverage. The next time I see these people, I will give them much more of my attention. But here’s my honest-to-goodness excuse: hi-fi shows are so much fun, and they pass by too quickly. I felt the same way when I was an exhibitor–you spend so much time and energy in setting up and tearing down the room, but the show itself flies by.

I don’t want to give awards or prizes, since I know how difficult it is to pull off good sound in a hotel room with only one day of set-up. I also know that RMAF was always the toughest show to do because the Marriott rooms were always so problematic. Every year there was a different issue–bass suck-out, uneven floors, a lack of power outlets where you need ’em.

That said, I did have favorite rooms, but for different reasons. If I wanted to pick the single most interesting debut at the show, it would be the DeVore Fidelity Orangutan Reference loudspeakers. They’re beautiful in a stout, hearty way, and they produced a sound that satisfied in every possible way–fantastic low bass, a natural and realistic midrange and an overall smoothness that I found mesmerizing.

If I had to pick the system I’d want to take home, however, I’d pick the Joseph Audio Perspectives with the Doshi Audio amplification and Jeff Joseph’s wonderful R2R deck (check it out here). My listening room isn’t quite big enough and my pockets aren’t quite deep enough for the DeVores, but those Perspectives would be a perfect fit. I’m still gobsmacked at the big, full and transparent sound that emerges from those slim floorstanders.

The Vimberg Minos in The Voice That Is room were also incredible in every way–yes, $29,000 is a lot of money for loudspeakers but no other $29,000 pair of speakers does what the Minos do (check it out here).

I’d also talk about the big Von Schweikert room (check it out here), but I’ll save that for my CAF wrap-up–that’s where they take all the marbles. 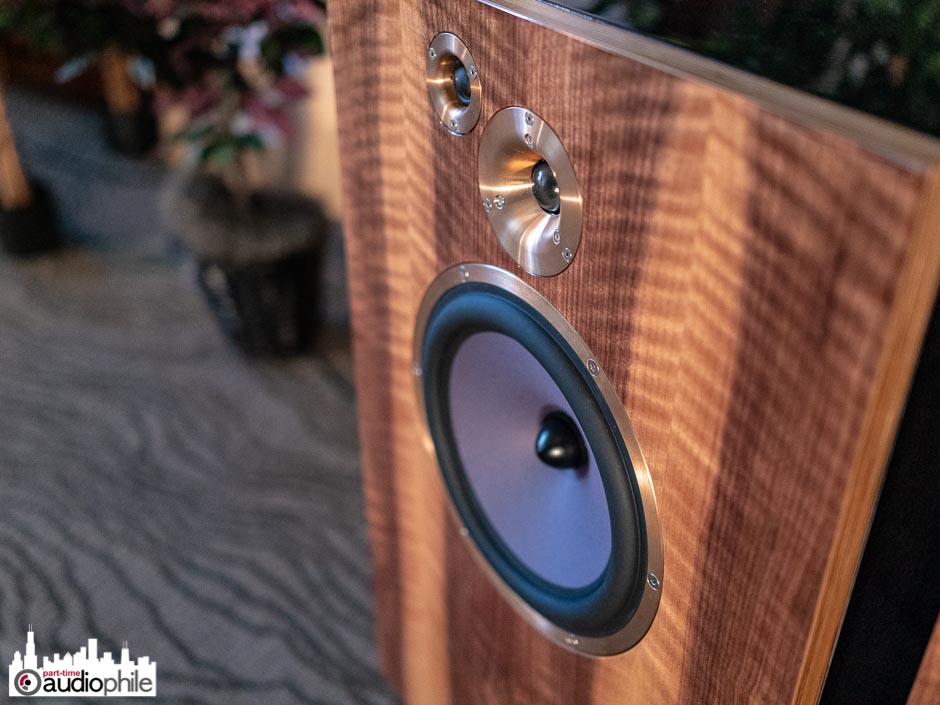 Wrapping Up the Wrap-Up

What a long, strange road it’s been, but I’m glad to be back where I belong–attending trade shows. I’m very lucky to be here now, especially considering where I’ve been. I’m looking forward to more next year–AXPONA in April, Munich in May (I hope I hope I hope) and I’ve just learned that there’s a winter show coming up in Florida. I can’t wait!

Our Latest Issue Our Spring 2019 issue of The Occasional Magazine is now available for download! This time out, the team brings us a suite of new reviews. In this issue, we have brand new gear […]

GoldenEar and the Mystery of the BRX | AXPONA 2022

When I saw there was a GoldenEar room at AXPONA 2022, I knew I had to make a special trip. I’ve had the GoldenEar BRXs in for review for way too long–I never thought I’d […]

Back when I was an exhibitor at high-end audio shows, I’d always start off the first hour with a selection of quiet, contemplative tracks, usually classical music, because I like my mornings to be relatively […]