Technics continues its re-entry into the turntable arena bringing something for both both the DJ and Audiophile audience with the annoucement of SL-1200MK7 and SL-1500 turntables. 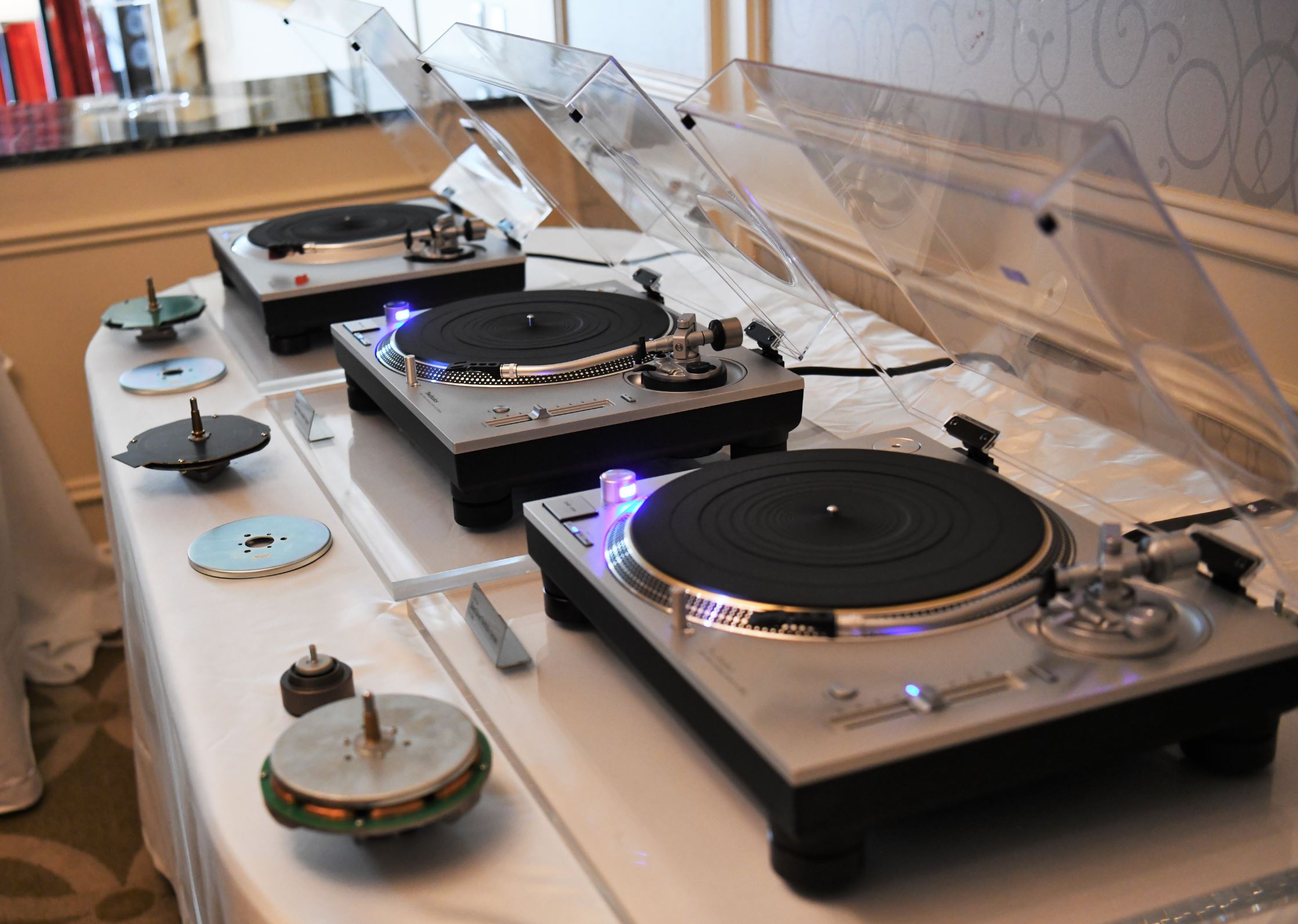 The SL-1200 originally released in 1972 became the standard turntable for DJs for decades. Built on a direct drive system and large platter it provided reliability, speed and stability for clubs. Black dots surrounding its platter and large pitch control button are part of the SL-1200 signature.

Although SL-1200 has seen some updates over the years, its last major update was in 2002 with the release of the 30th Anniversary SL-1200MK5G. The SL-1200MK5G added improvements to the S-Shaped arm and increased the pitch control range from +/- 8% to +/- 16% to give more flexibility as wells as LED lighting. 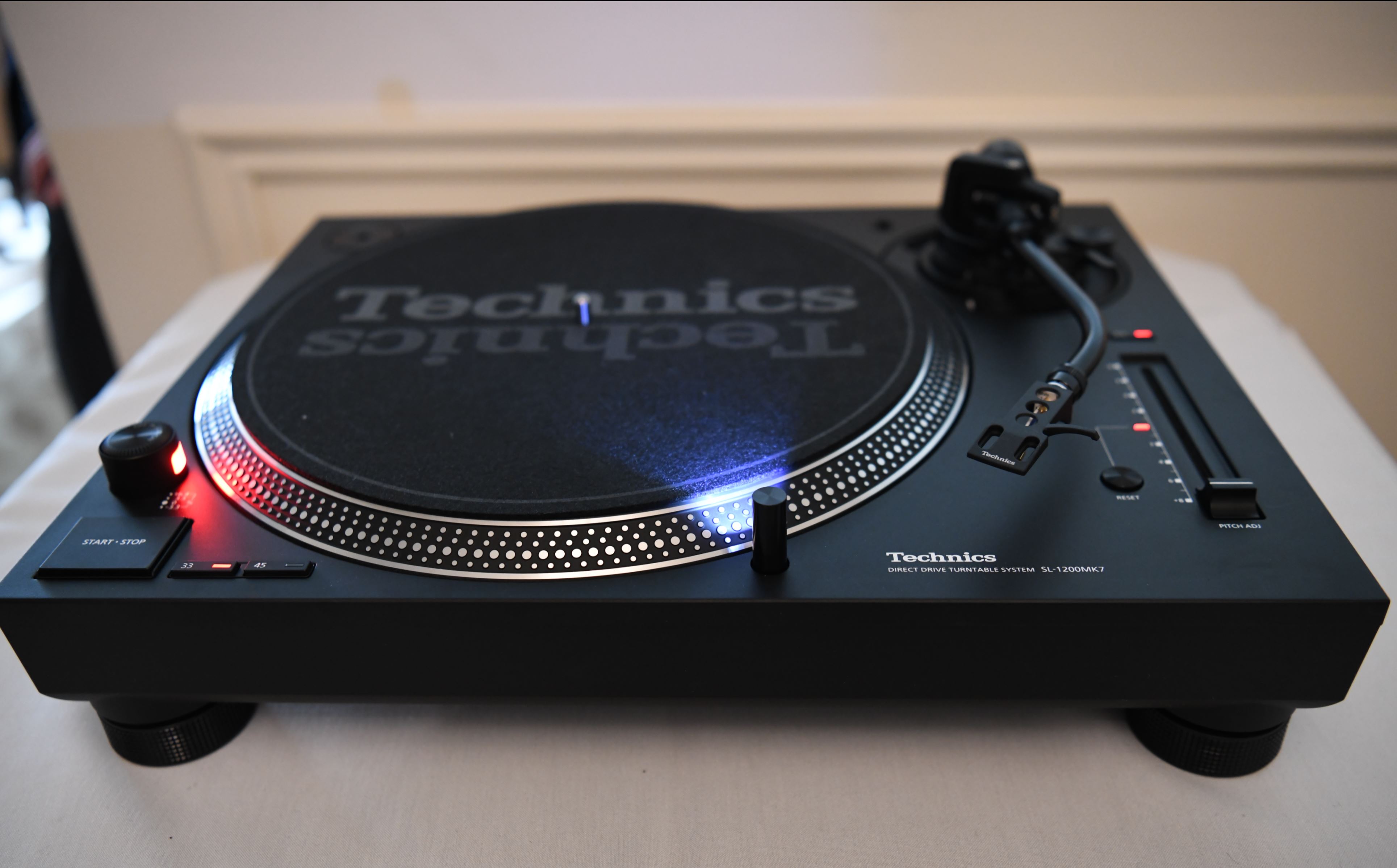 Key changes to the SL-1200MK7 include a coreless direct drive motor.  At CES, Technics claimed:

“The new direct-drive system, which uses a slow-rotating motor to directly drive the platter, has various advantages including  rotation accuracy, powerful torque, high reliability and eliminates the need for parts replacement and maintenance. Additionally with the development of the SL-1200MK7, the creation of a new coreless direct drive motor eliminates cogging, a rotation irregularity. This was achieved by removing the iron core from the stator. Furthermore, developers optimized the magnetic force of the rotor magnets and the gap between the coreless stator and rotor magnets, resulting in high torque performance on par with the SL-1200MK5. “

Other changes include a new reverse play function (by pressing START/STOP at the same time) and a stylus illuminator with a super bright LED light. 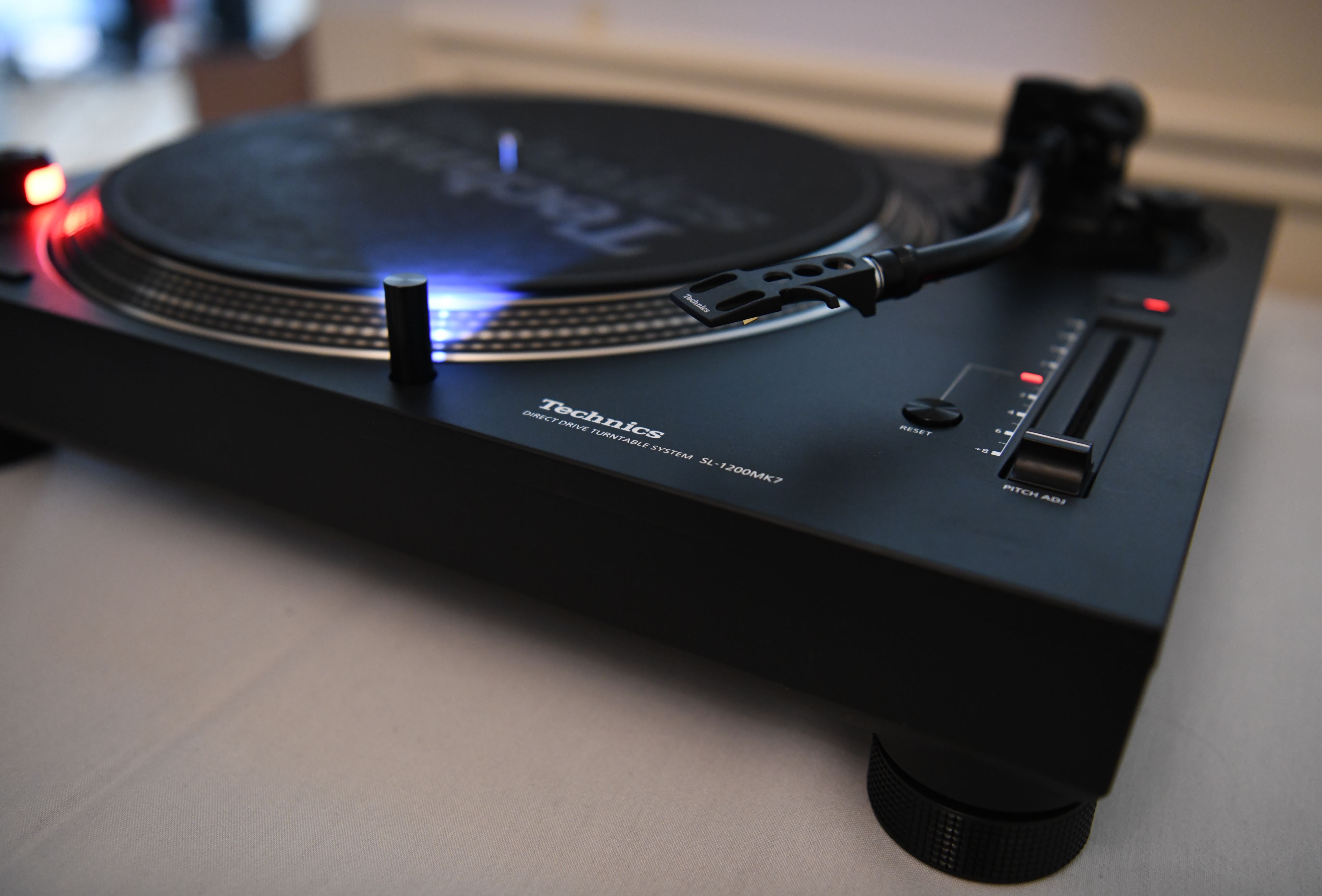 The SL-1200MK7 will retail for approximately $1200 (cartridge not included) and will be available later this summer.

Going to other end of the spectrum, Technics debuted the SL-1500 turntable focused on the Audiophile.  Like other modern SL turntables, it inherits the coreless direct drive motor.  The SL-1500 removes features like pitch control for DJs but adds back a built-in phono pre-amplifier for moving magnet cartridges. 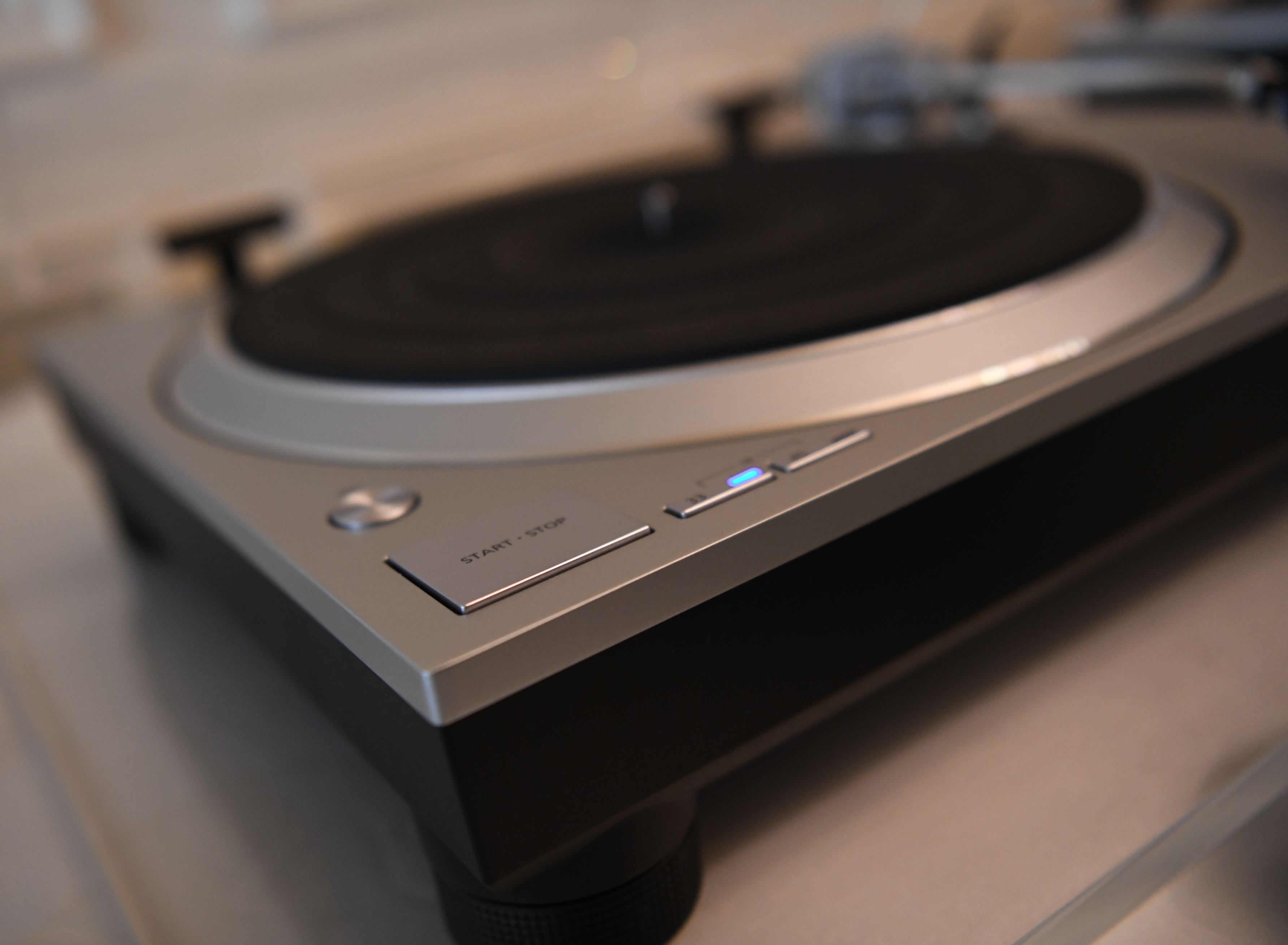 Available in both Silver and Black. The SL-1500 will ship with a Ortofon 2M RED cartridge pre-installed for approximately $1400, available later this summer.

I wanted a sense of how the SL-1500 compares to the more expensive SL1200GR released last year.

Outside of the DJ features that are also included like pitch control on the SL1200GR, other changes include different feet, and a different method to adjust VTA.

Bill Voss of Technics also detailed that the build quality and weight is more substantial on the SL1200GR.  I didn’t hear the two tables side by side, but I think its safe to assume some level of improvement in performance as you move up from the SL-1500 to SL-1200GR.

We had a chance to listen to the SL-1500 in the Technics room. They were featuring it using the SL-1500 using its built-in phono pre-amp connected to a Technics SU-G700 Integrated amplifier, driving a pair of Technics SB-G90 speakers. 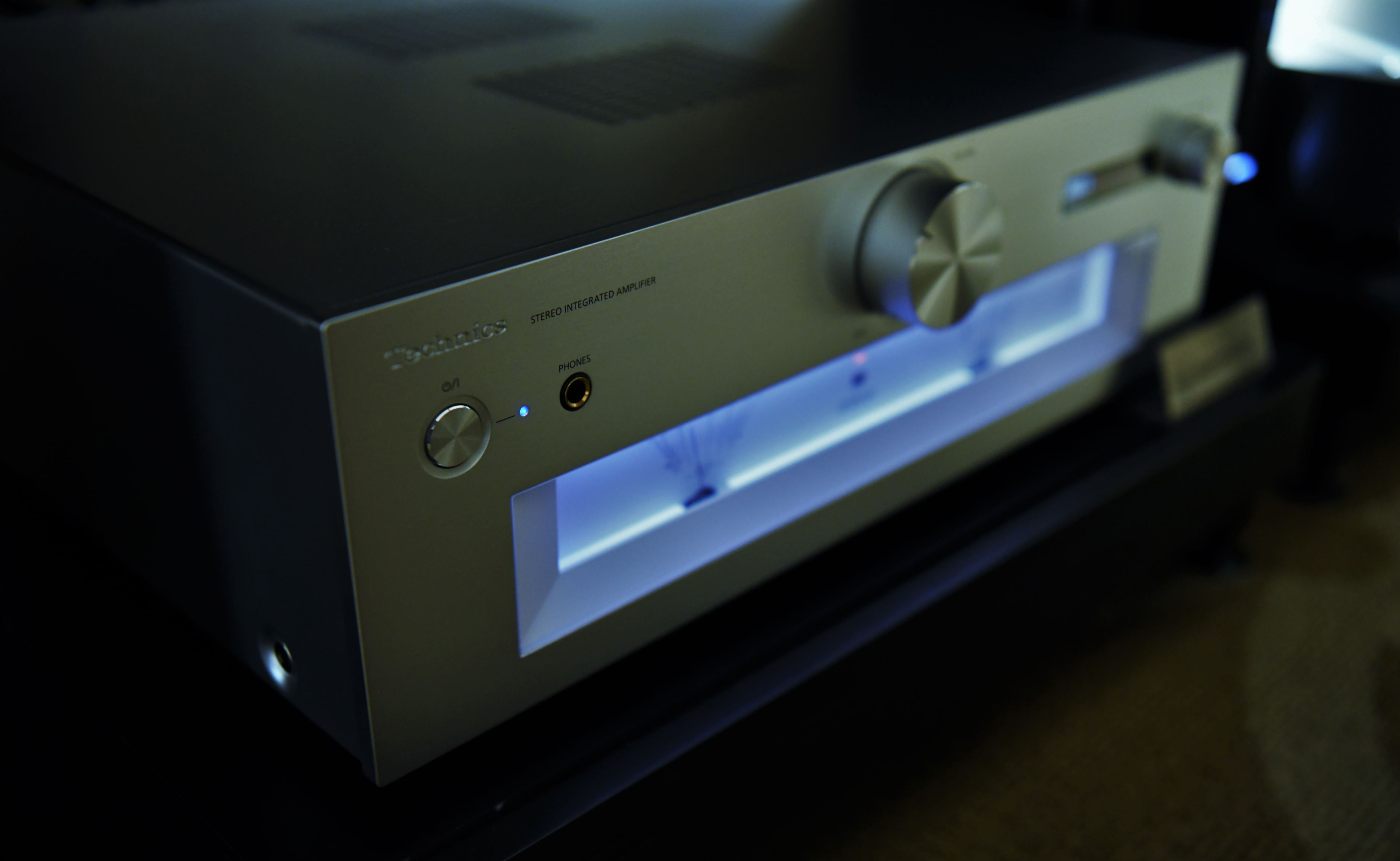 The total system retailed for about $8500. 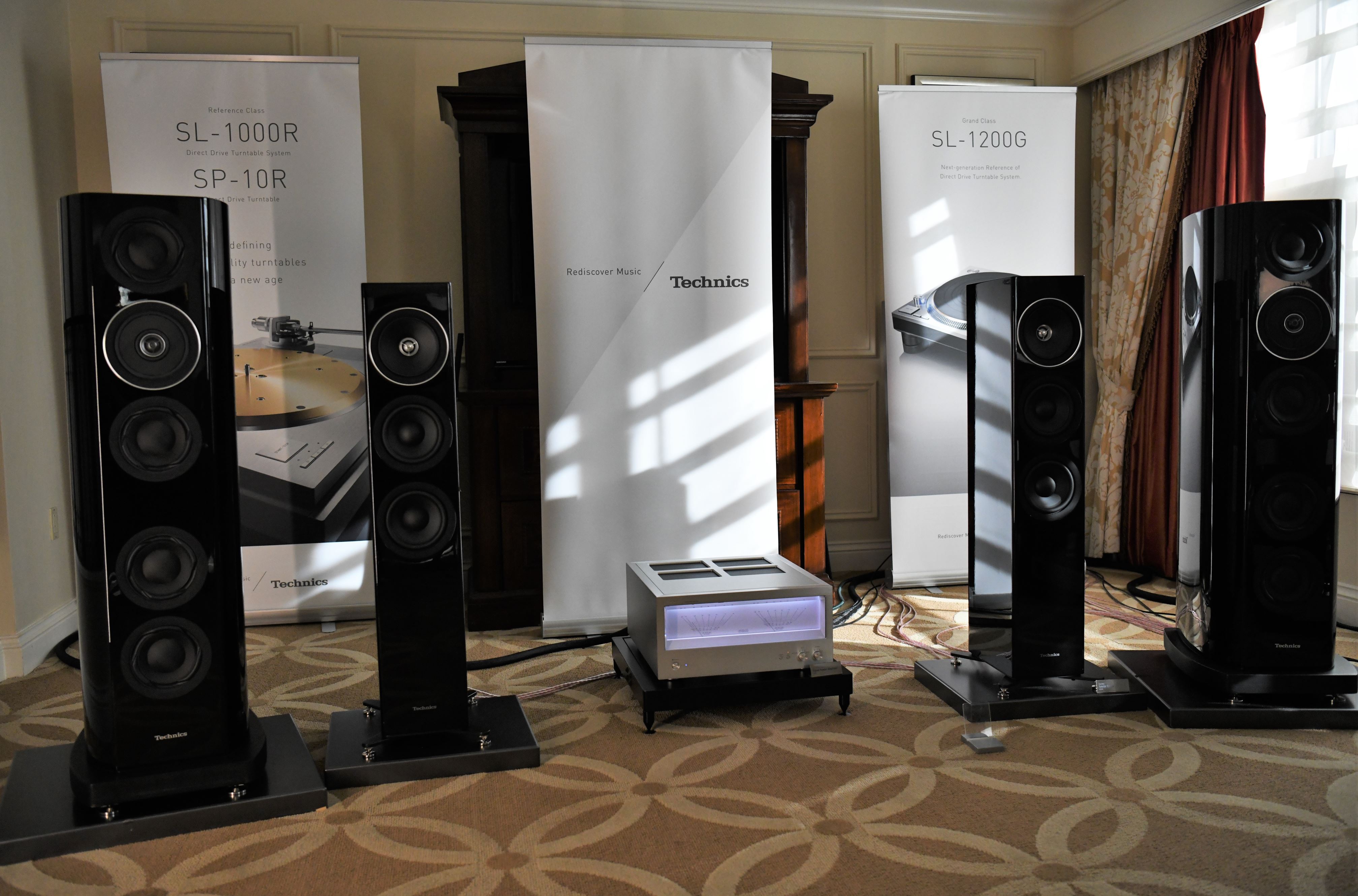 The SB-G90 is an interesting speaker setup since the drivers are not secured to the front of the cabinet. Instead they attached to a support inside the center of the cabinet to reduce resonance. They dropped the needle on Diana Krall’s live in Paris on the SL-1500. 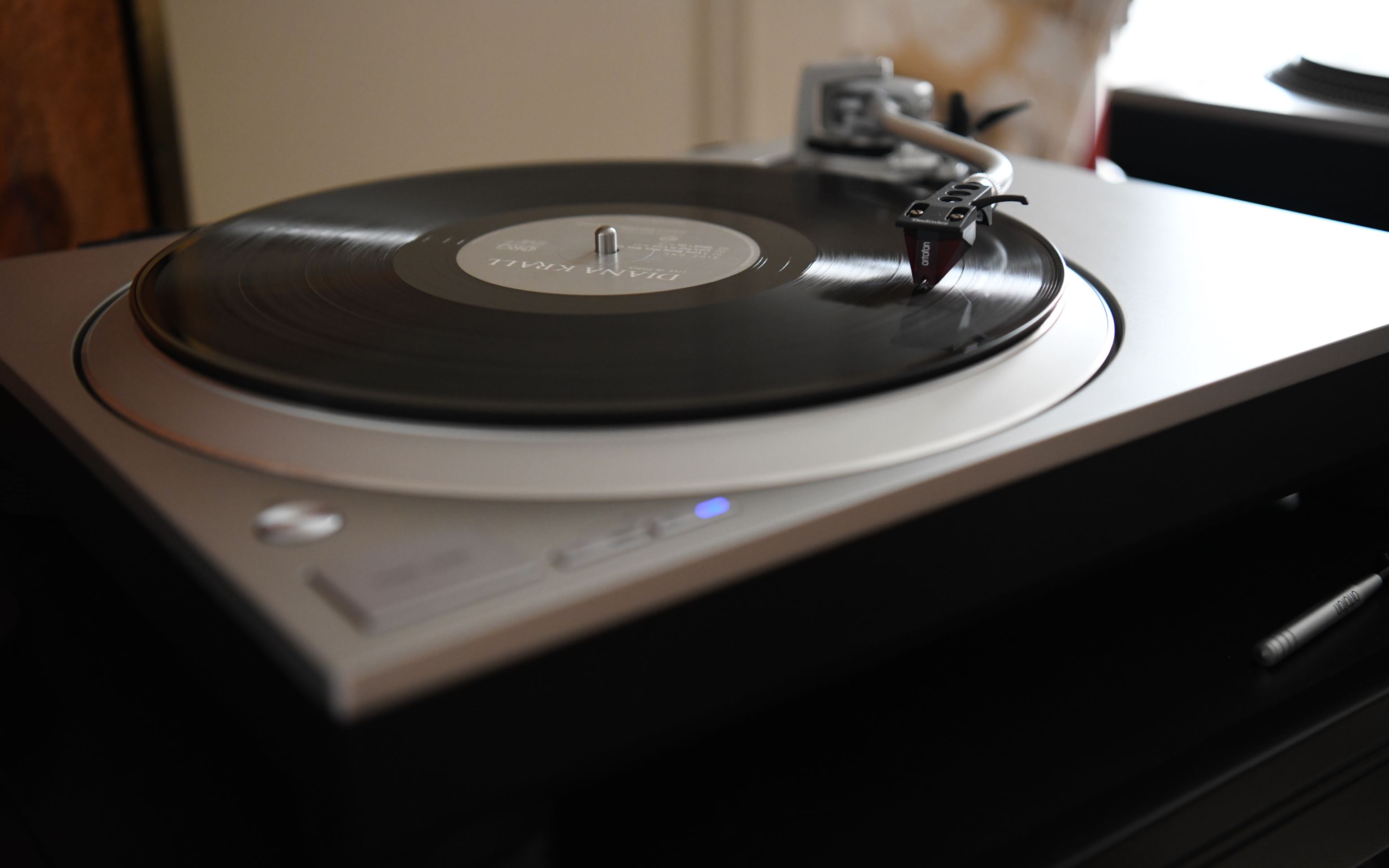 I slid back into my seat and enjoyed the presentation. Feet were toe-tapping and sound stage was big. For a record that I has been overplayed, I didn’t feel the need to get up and ask for it to be changed.  What I was hearing probably relates back to that lovely coreless direct drive motor. Some of the best I’ve heard from the Ortofon 2M RED on any table.

It was dark, and it was cold, and the faint morning light seeping through a crack in the curtains of my hotel room was grey, and did nothing to prompt me to throw them back, […]

I’ve been a fan of the Parsifal loudspeakers from Verity Audio for a while now, having heard several nice systems with them.  But I was unprepared for what High Fidelity Services showed in the huge […]

Nothing but the truth Should audio components always be 100% truthful to the source? Ahhh, that’s one of those questions that has resulted in untold audiophile angst, much like the supposed supremacy of analog over […]