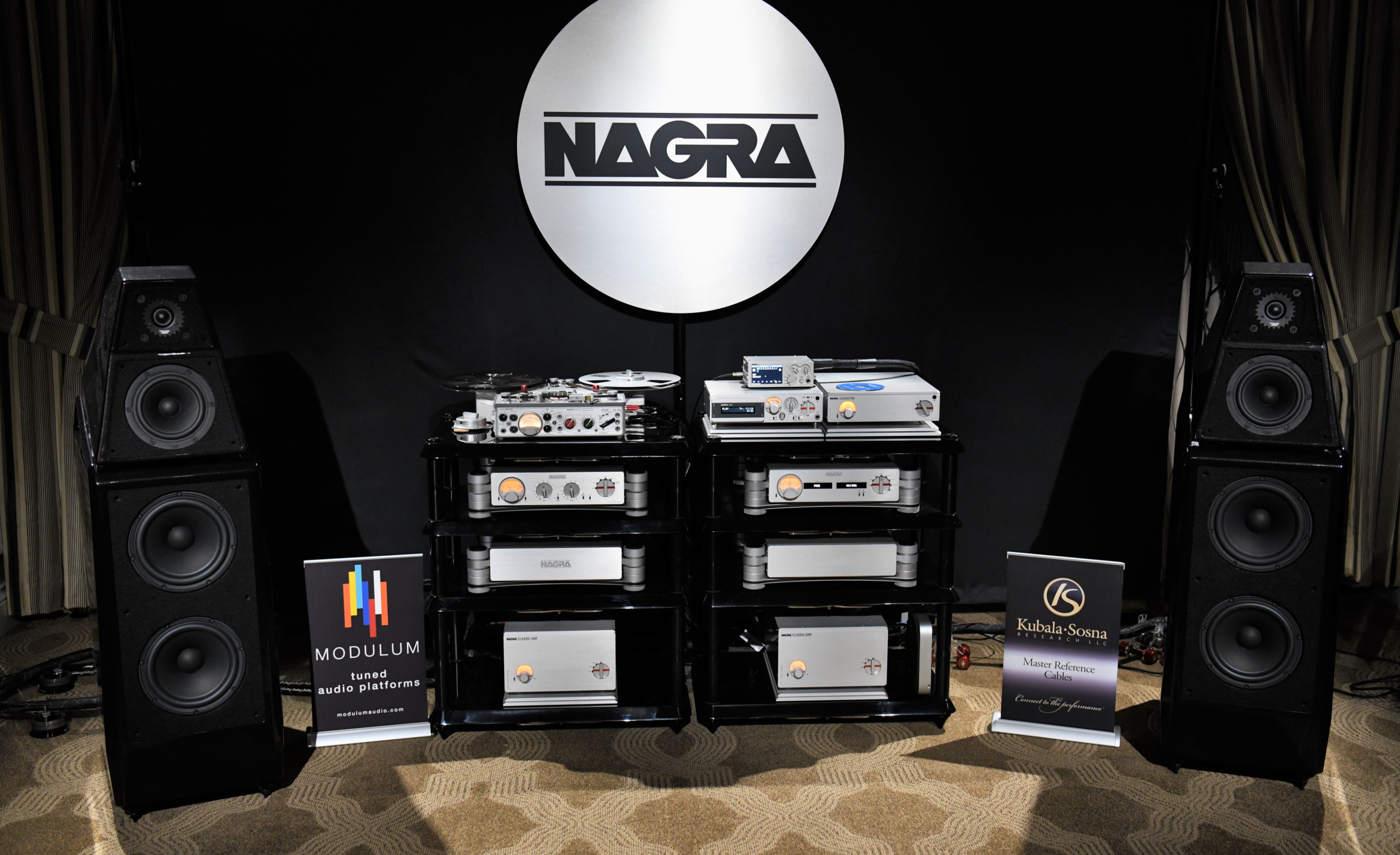 Nagra‘s rooms are always on, and dialed to 11. They sneak up on you, and deliver a different something special each time. A must visit room at any audio show, Nagra always brings together three elements: a great system, fantastic music, and René Laflamme. René has a double role as Sales and Marketing Manager for Nagra America in addition to being a recording and mastering engineer at 2xHD. 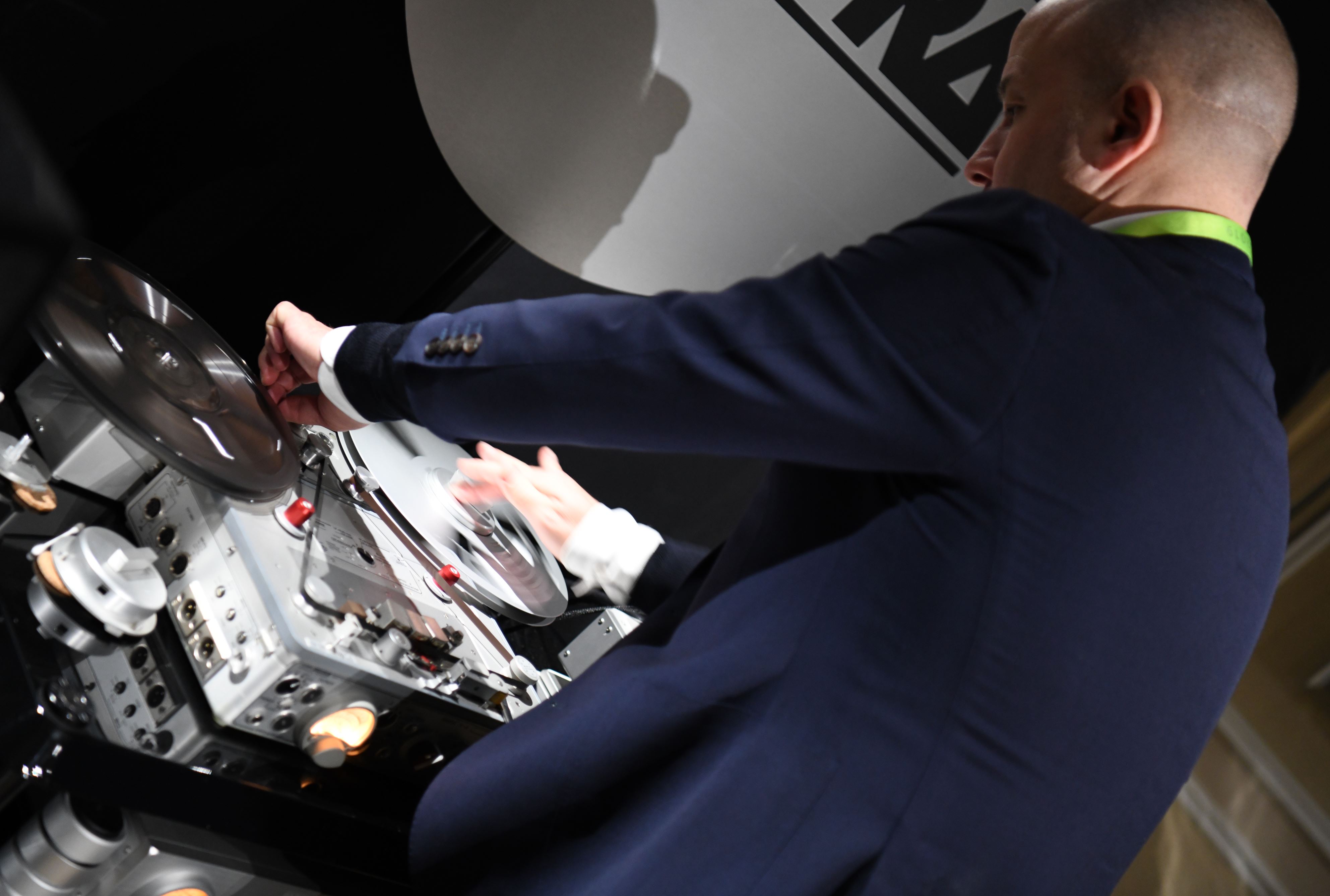 René always treats us to something special that he mastered on a sexy Nagra reel to reel deck.  I had to hold back sharing the 50 photos I took as I oozed over it.  They Nagra IV-S deck used at CES is still in production and you can buy a modern version for about $20,000 USD. I’ll be setting up a gofundme campaign shortly, we can timeshare use of it in listening room. 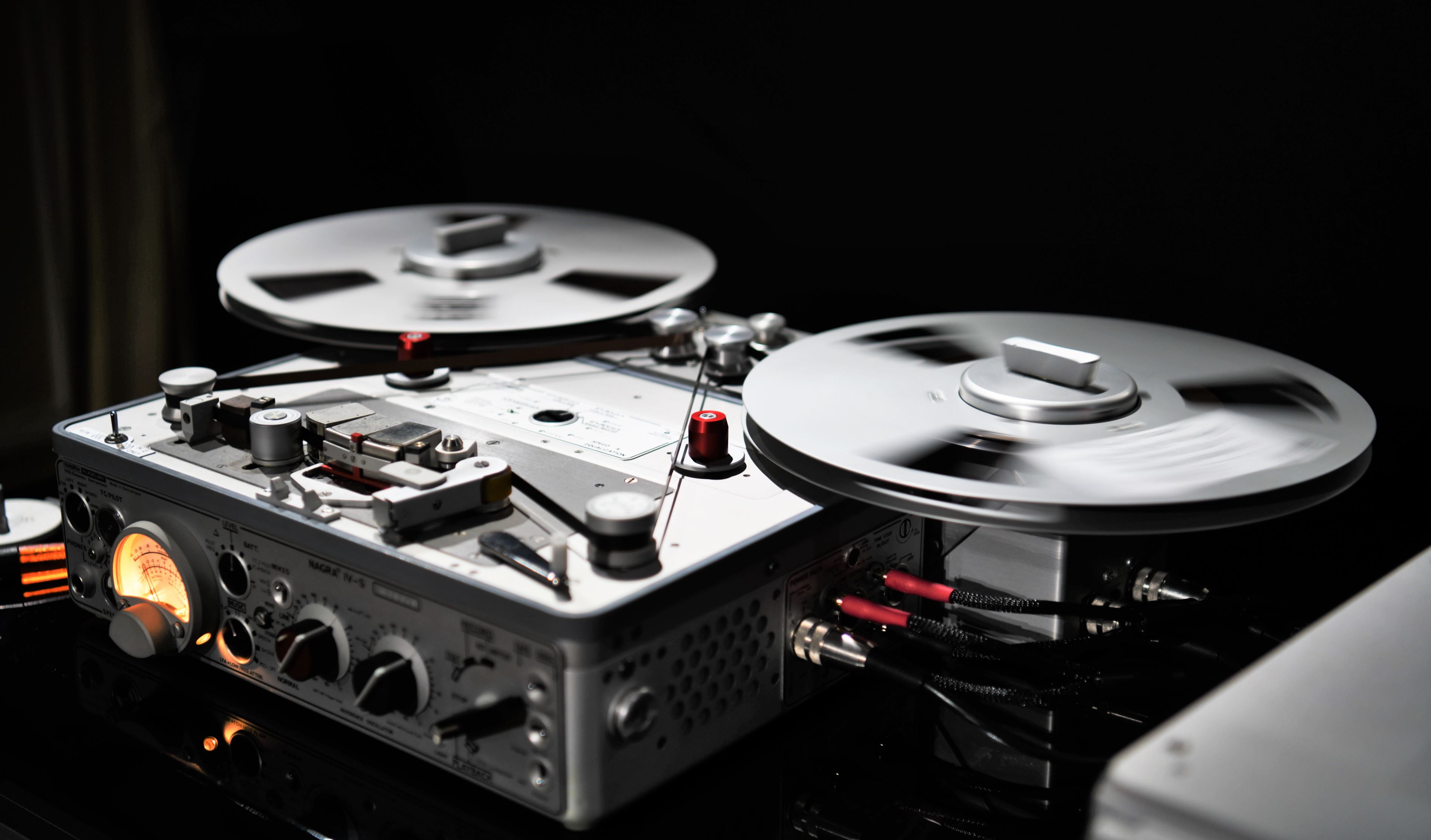 Earlier at AXPONA 2018, we had an opportunity to listen to the Nagra HD Preamp, a two box system, with the power supply in a separate chassis. 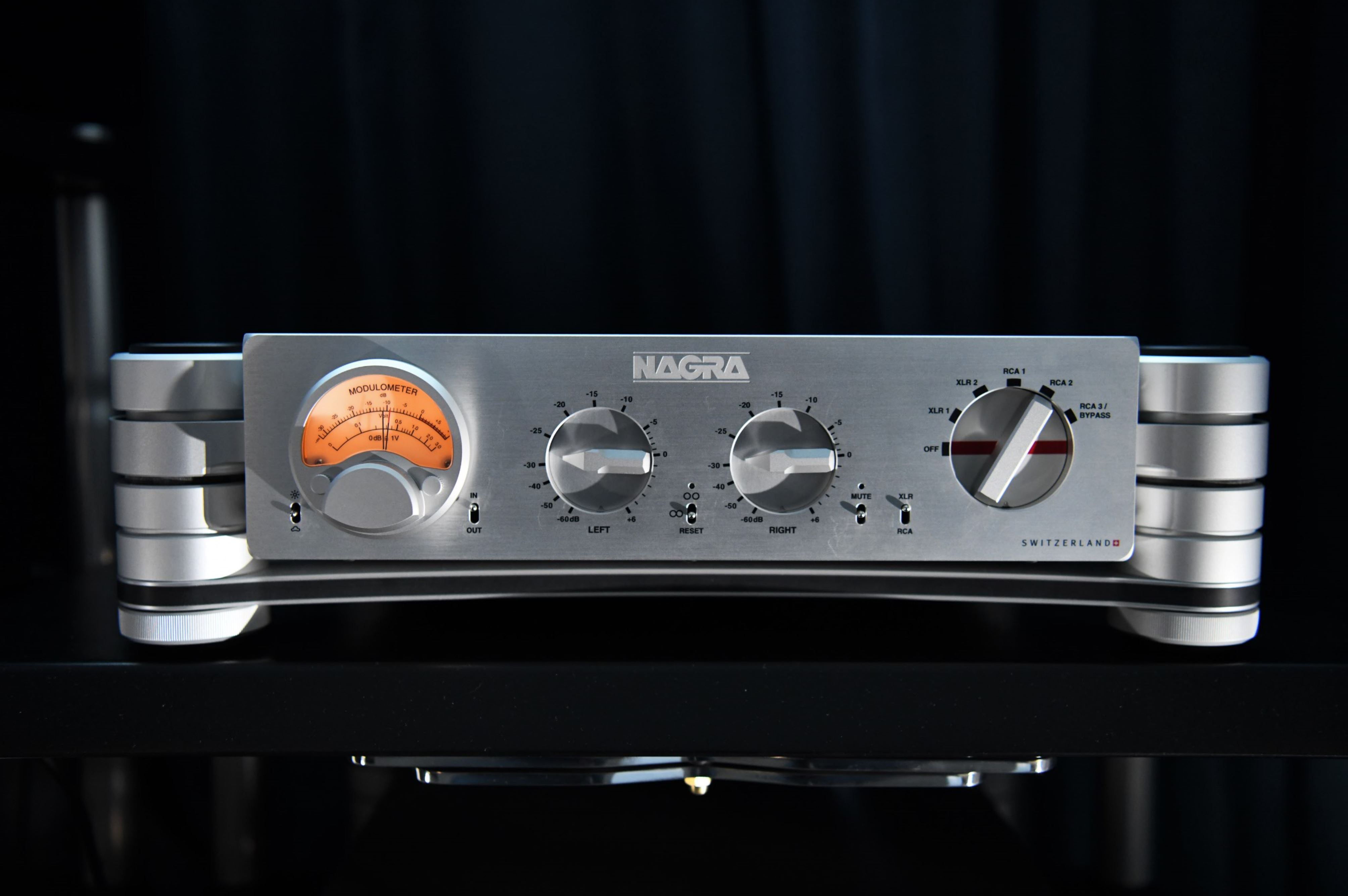 At CES 2019, the Nagra room was showcasing the new Nagra HD DAC X, a follow-on to the Nagra HD Preamp.

Taking cues from the Nagra HD Preamp, the HD DAC is a monster. The two box chassis enjoys having parts machined at the same facility that Rolex uses in Switzerland. René tells me they have such high quality standards that many pieces from that high end facility get rejected as they strive for perfection. 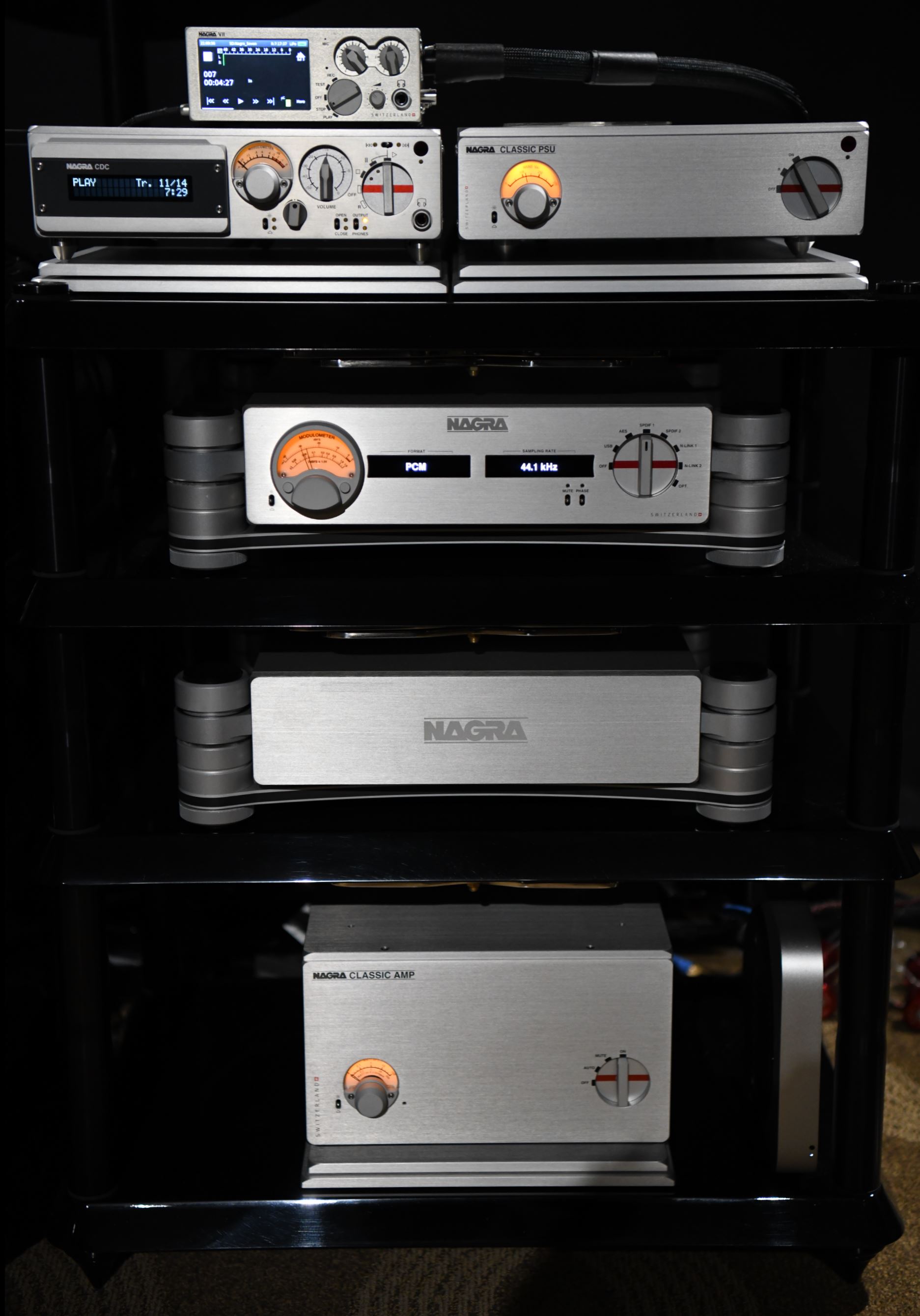 The HD DAC X is built as a dual mono design with one tube per channel and constructed with separate boards for analog and digital. At the back of the unit, you will see that they are powered by separate power supplies. This isolates the ground between the two boards and further reduces the noise floor.  Another advantage of their architecture is that all digital components and connectors are on an isolated board that can be replaced. This allows owners of the HD DAC X to future proof themselves and upgrade the digital portion of the DAC for any future standards or connectors.

Mechanical isolation is similar to the feet used on the HD Pre-amp. 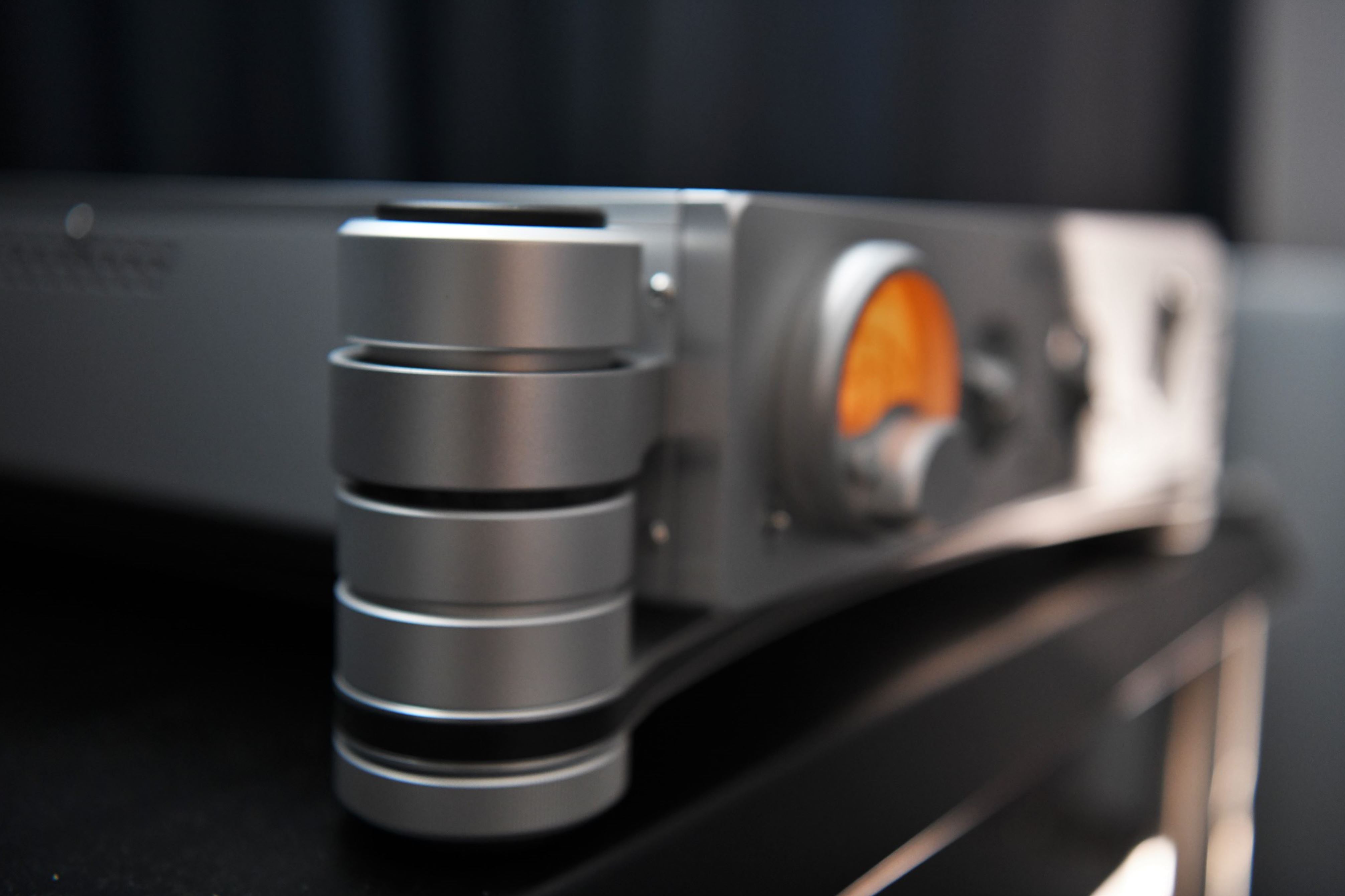 The Nagrastack of gear was driving the new Wilson Audio Sasha DAW speakers in Obsidian Black, and showcasing the new Nagra HD DAC X.  We featured a detailed first listen to the Sasha DAW earlier in November. 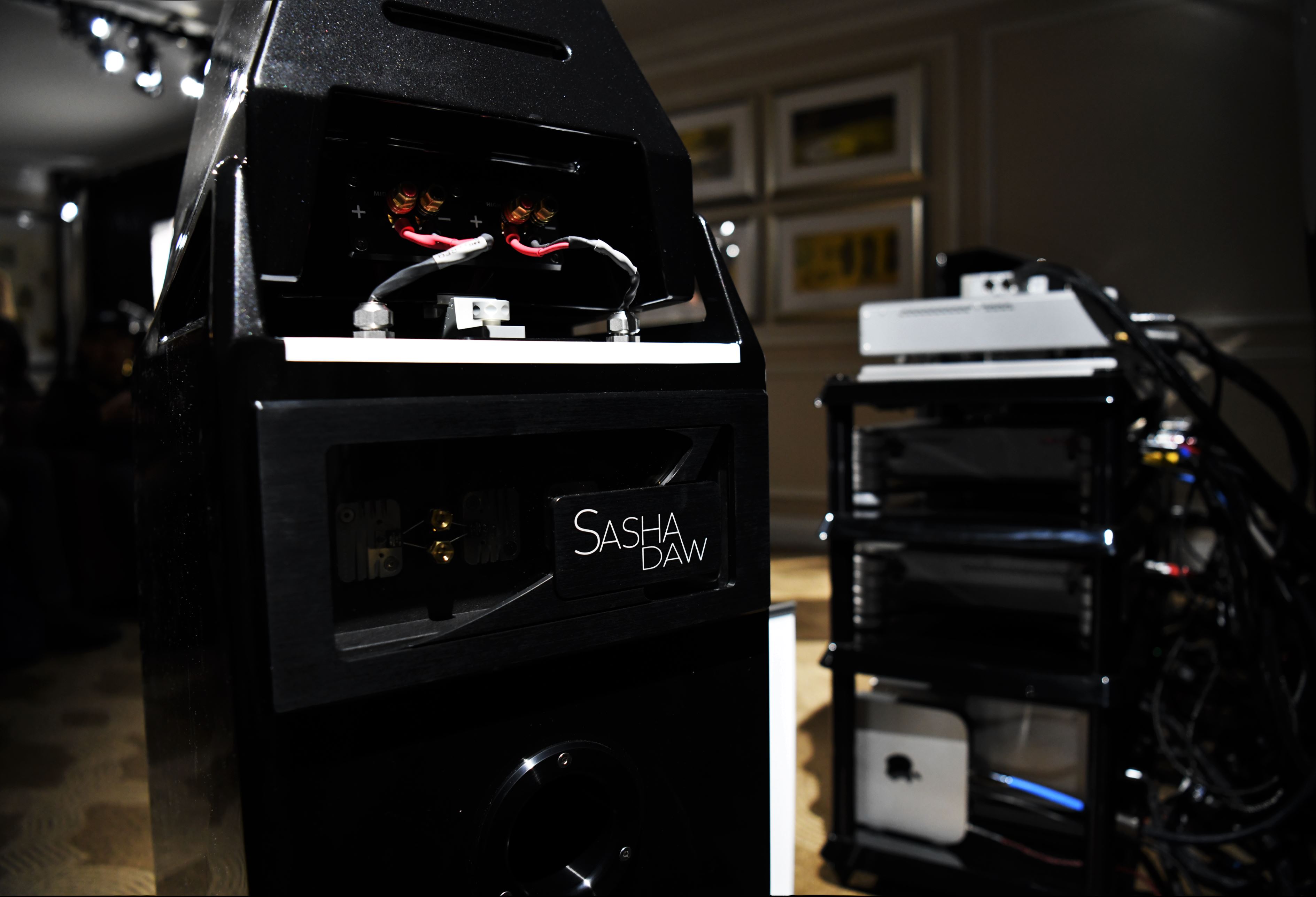 As I eased into my seat, the first thing we listened to was Shirley Horn’s album, “You Won’t Forget Me” on a Nagra CD transport into the Nagra HD DAC X.  René’ hit play on track four, “Beautiful Love”.

I was taken back by the reproduction of Shirley Horn’s silky smooth voice over a guitar in the background. My colleague Vineet who sat beside me, leaned over smiling ear to ear and commenting that he could feel every instrument. It was the perfect tonality of the guitar gliding behind her smoky voice. I generally don’t love CDs, but a true test for me are DACs that take those shiny 44.1discs and make them engaging. 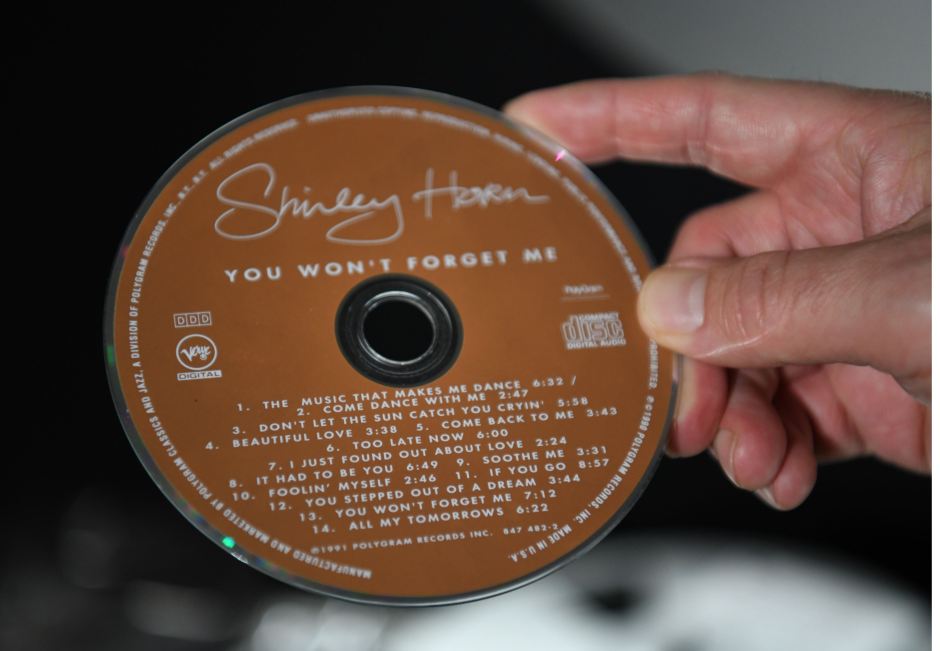 Following Shirley Horn, René had another treat in store for me.  He told me the story of a recording he made in 2001 in Montréal Quebec using just two B&K microphones. It features the strongest organ in Canada at the time, that could produce a 16Hz organ tone. It was a recording of “The Last Seven Words of Christ” by Theodore Dubois (Fidelio Audio FACD008). The recording was made on a battery powered Nagra IV-S recorder and using Nagra’s Master EQ. René explained that the recorder was shaking during the recording as it memorized those deep organ notes on tape.

In all of the show room visits I have experiences, I have never heard a system go so deep and wide as the organ emerged and conquered from the potent Wilson Audio Sasha DAW speakers.  I am going to find a copy of that CD….

Although the original recording was on tape, we were only able to hear the CD version. We can only imagine if it played it from an original master. A testament of the new HD DAC X.

Listening to Reel to Reel

Closing our listening was the star of the show, playing tape on the Nagra IV-S. 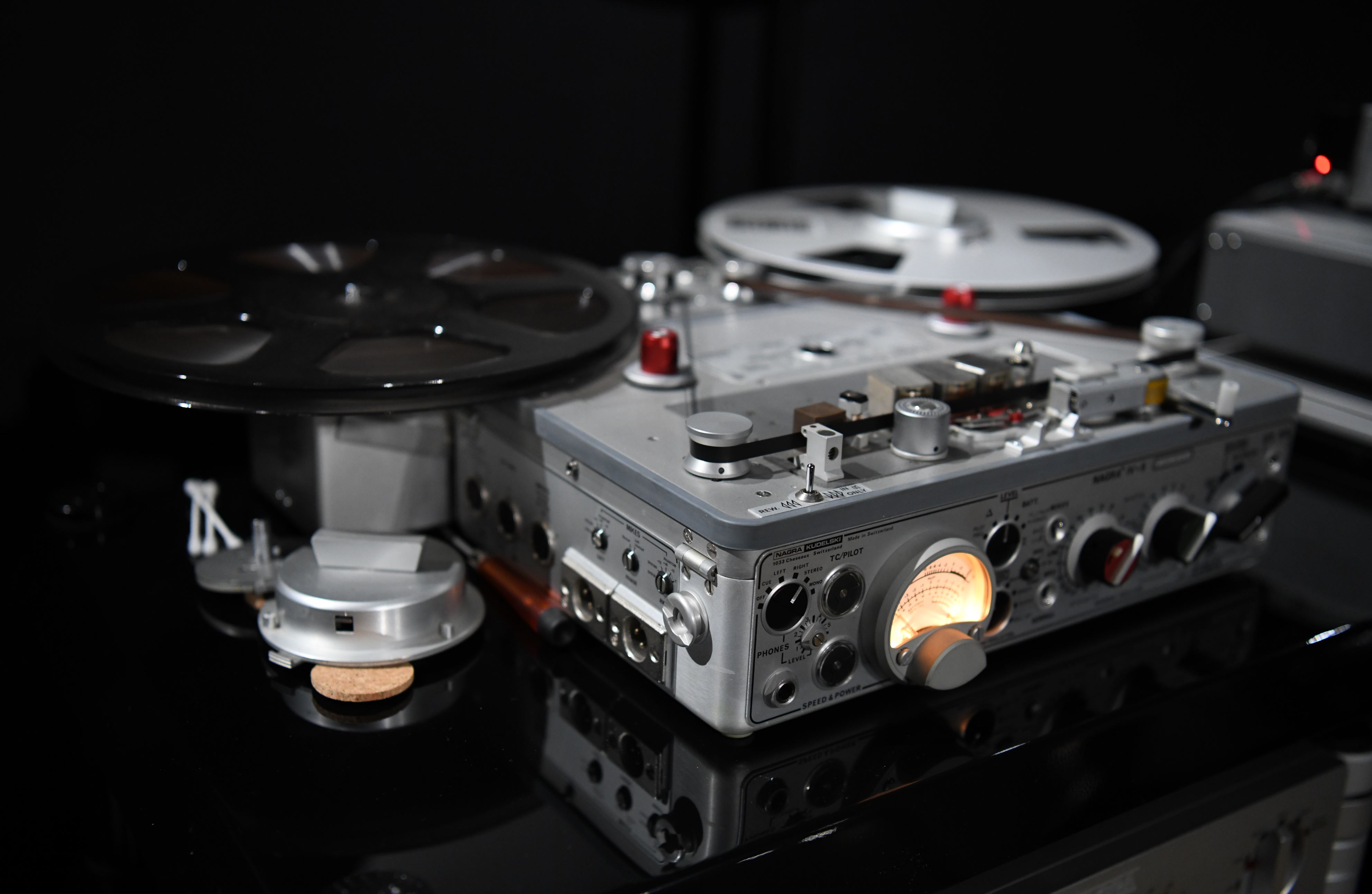 As part of Rene’s work for 2xHD, he is working on an upcoming re-issue of Shirley Horn’s, “Softly” album. It was recorded in 1980 in a living room in Woodshell near Chicago. It was originally released on CD, but Rene has been working  to remaster it from the original analog tapes.  Rene brought a copy of the master tape to CES, and the high resolution version will be available in March 2019 from 2xHD.

The original recording engineer recorded Shirley using just two Crown PZM microphones mounted to plexiglass. The two pieces of plexiglass were arranged at 45 degrees in front of Shirley. I remember those microphones vividly, using them as a teenager for high school drama productions as they are made to be played on a surface like a stage.

When the re-mastered album was played on the Nagra T, it is much smoother than they had on the original. Now it sounded like a really good microphone and not the traditional Crown PZM microphone sound. A recording like this makes me rethink not having reel to reel at home.

Building a great sounding room inside a hotel is an art, but Nagra seems to have perfected the recipe. No matter if they played tape, streamed digital or CDs the sound was intoxicating. I wish I could have cancelled all my meetings and camped out in Nagra room. 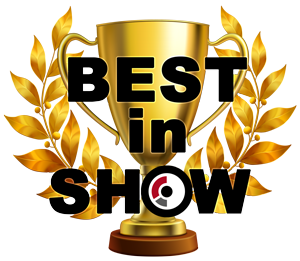 Without a doubt, our Best in Show at CES 2019 as selected by Part-Time Audiophile.

RMAF 2017: Vinnie Rossi brings the magic of his amplification design to Denver

“Oops, I did it again…” – Britney Spears This line went through my head after spending some time in Vinnie Rossi’s room at RMAF in Denver on Sunday. Every time I go check out what […]

AXPONA 2018: The pre-amp that changed everything – Nagra

Nagra‘s rooms are always on, and dialled to 11. They sneak up on you, and deliver a different something special each time, always changing it up a little. I still have vivid memories of the […]