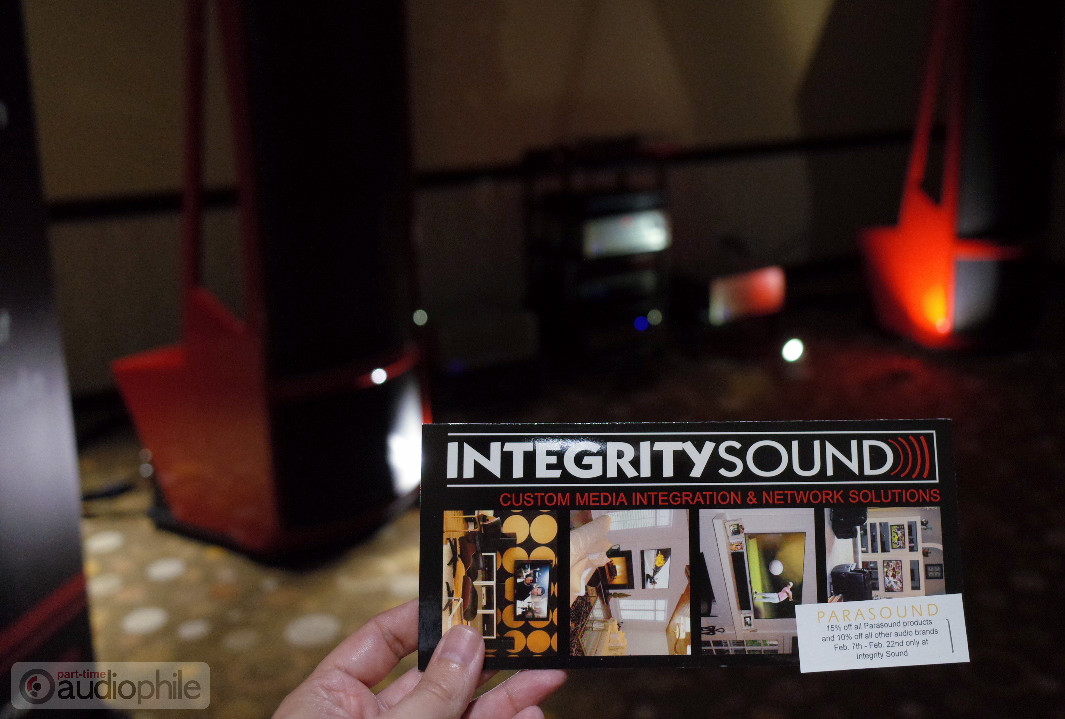 Parasound shows off some incredible new products, Martin Logan stands tall as ever, Rega and Aurender did the cooking, and AudioQuest set the table. 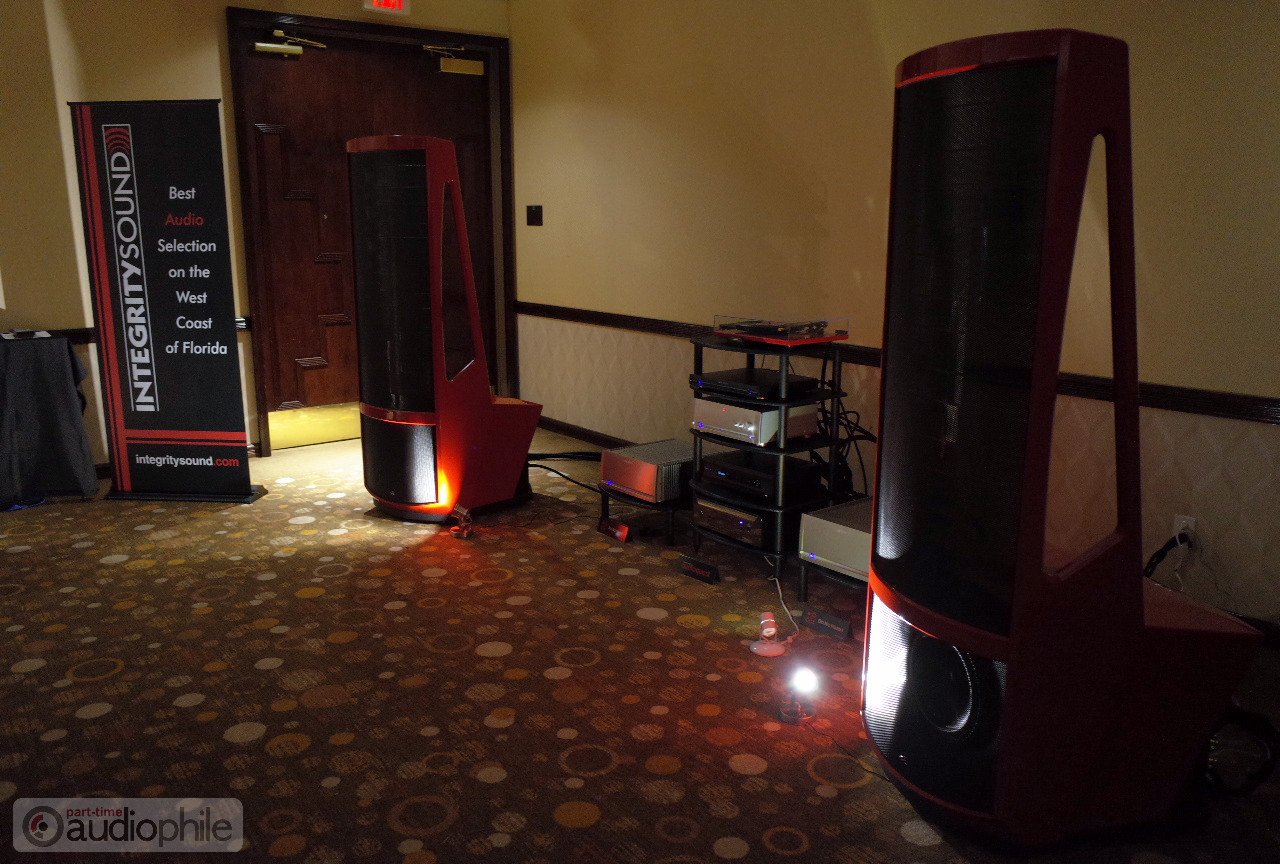 If there was an award for “most fun and playful atmosphere” at an audio show, Parasound and Martin Logan’s exhibit at the Florida Audio Expo would be tops on my list of nominees. The pairing of Dennis Chern (of Martin Logan) and Phil Jackson (of Parasound, not the Chicago Bulls) is a recipe for great demonstrations, good music, and an engaging and fun atmosphere. It’s not uncommon to hear music seeping into the hallways of an audio show, but laughter? That’s far more rare. In fact, the opposite is true as it’s usually laughter seeping into the exhibits from the hallways.

Aside from all the fun, the systems themselves play a major role in creating the feeling that everything is right and comfortable in the world. First we start with a incredibly large room. At one end a pair of Martin Logan Neoliths ($80K USD) standing tall, draped in liquid red gloss, between them a large sampling of Parasound electronics. At the sources an Aurender A10 (2017 debut) and Rega P6 (also 2017 debut) which both still seem like new products to me. I guess time continues to fly. It must be said that the Rega P6 at only $2K USD is a rather modest choice for helming such a large speaker system. And again the accompanying Parasound JC 3 Jr. phono preamp ($1,495 USD) doesn’t beg much either. It’s apparent by the size and sound of this system, that it is not aspiring to be one of affordability. However it shows well that both the Rega P6 and Parasound JC 3 Jr. won’t be outclassed by their associated components that when tallied up, account for $184K of the total $189K system cost.

On the opposite end of the room, and at opposite aspirations, affordability is indeed the name of the game. A sub-$1k Rega P2 turntable sits atop the rack, feeding Parasound’s newest Zphono XRM phono stage ($599 USD). From there a Parasound NewClassic 200 Pre preamplifier and ZoneMaster 2350 (with sub-crossover) hand off to the AudioQuest cables and Martin Logan Impression 11A ESL’s ($9,995 USD). Cabling and all things considered this system is $32K. Consider that $25K of that cost alone is allocated to cabling and speakers, again showing how much sound quality and confidence one can find in Parasound electronics no matter the cost of components used up or down the chain. 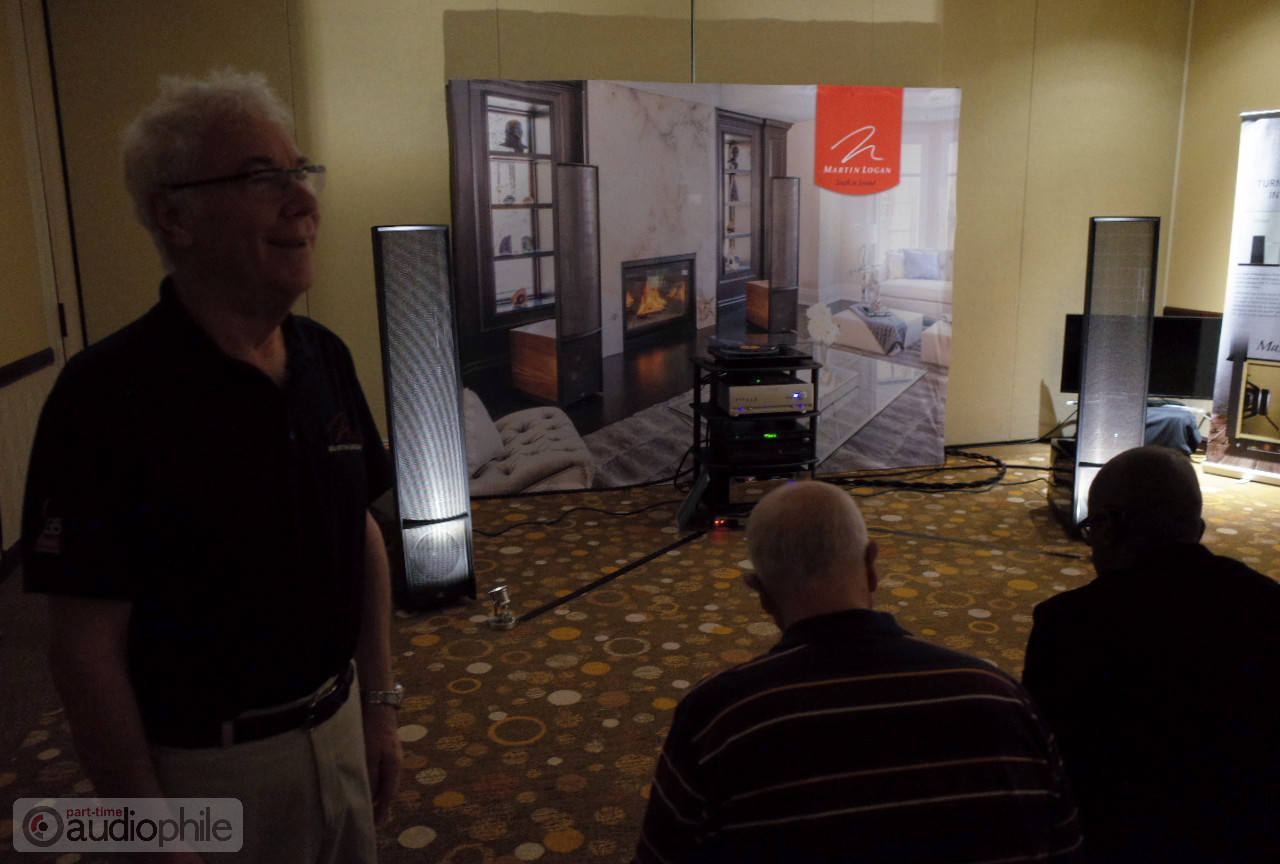 Both systems did well to handle the exhibit room’s massive air-space. The Neoliths were expected to do so, and probably could have handled a room twice the size. Again impressive was the Impression 11A speakers doing nearly as well. However at the end of the day, and upon my few returns, it was the refinement of the sources and electronics that won me over. The modestly priced electronics paired with (by comparison) such extravagant speakers and cabling only highlighted that Parasound sought out to offer effortlessly great sound, without accepting any compromise in design. Each system sounded balanced, and never throttled by budget, source, or mismatch of synergy. The Zphono XRM and NewClassic Pre 200 effused detail without ever sounding harsh or dry. It’s thrilling to know how much fun can be had for these meager price tags. 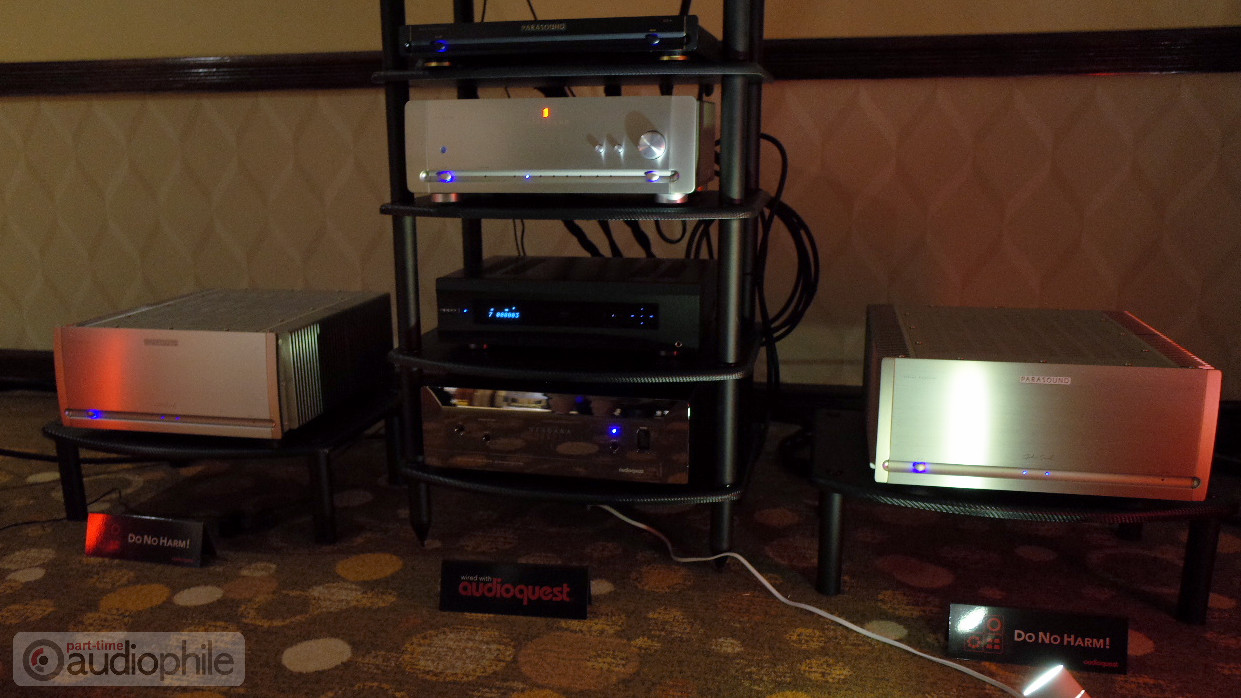 AXPONA 2018: The Audio Surgeon, just what the doctor ordered

Climbing the peaks of the auditory mountain top can be quite the adventure, that is, if you have the right guide. Step in Dr. Andrew S. Collen, better known in audiophile circles as the The […]