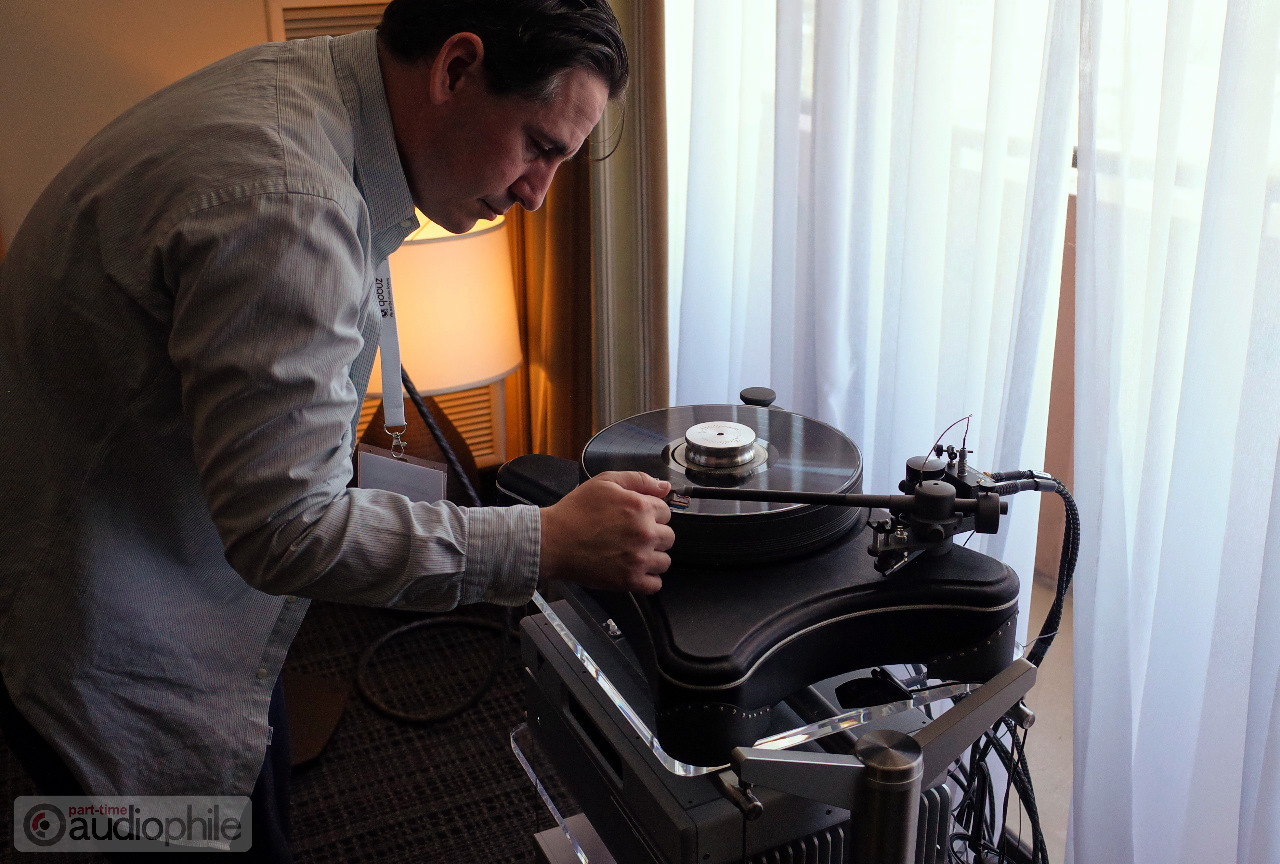 House of Stereo brings retail sensibility to a small room, Wolf Audio Systems takes us back to the future, TAD (Technical Audio Devices) puts a fine point on detail, Ayre Acoustics continues to build a legacy, and Wireworld straps us in for a wild ride. 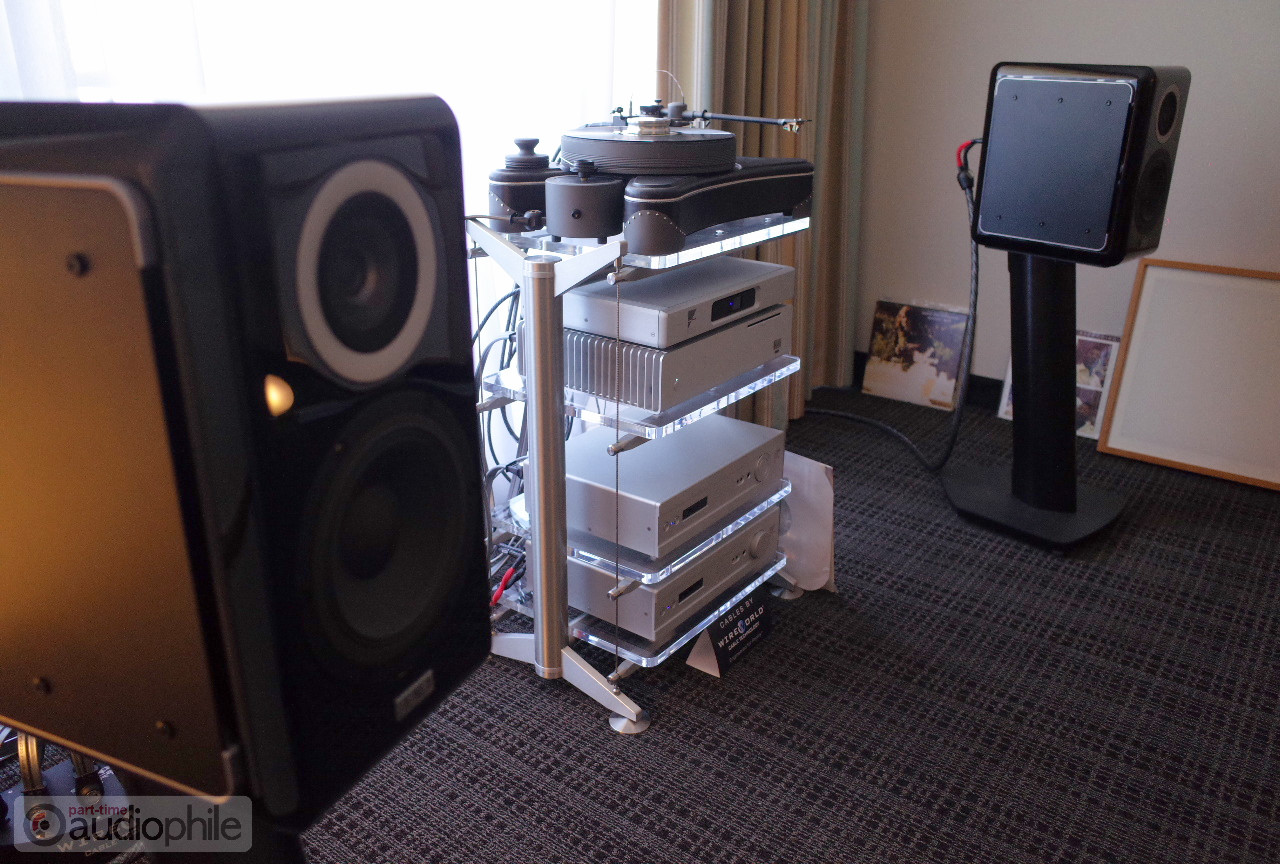 TAD (Technical Audio Devices) speakers almost seem to be a draw unto themselves. Several show goers I spoke to in the hallways remarked about listening to the TAD Micro Evolution 1’s in the House of Stereo room. Often eavesdroppers would hear us mention “TAD” alone, and find way to sniff out their location at the show.

Powering the affair was Ayre Acoustics new EX-8 Integrated, being fed by a QX-8 digital hub, and Wolf Audio Systems Alpa 3 (w/Flux Capacitor Clock) music server. The new Ayre integrated offers all sorts of digital handling and decoding of it’s own, but that duty was handled by the QX-8 DAC. To which further point, the Ayre DAC and Integrated each have their own digital clocking, but it was Wolf Audio Systems addition of their “Flux Capacitor Clock” that handled those duties for the system through it’s music server.

The turntable caught my glance at first and went unnoticed, but at second inspection I noticed all it’s fancy and unique cladding. Joe Parvey told me about it’s VPI origins, and that when he first saw it, he had to have it. Consider it a special piece in Joe’s collection. Whether he’d part with it or not, that is another question for another day. Also of note was Wireworld’s new power distribution block. The power block is the perfect half-carousel for a network of power cables.

A second system (headphone based) was also on active display, though I did not get the chance to sit down for a listen. Components and prices of the listening station are listed below.

Upon my first visit to the House of Stereo room, the first thing I took notice of was how open the system sounded before I even took seat. I give that credit to the ME1’s concentric driver’s loading ability to shine off-axis as well as straight on. The Ayre and TAD combination seemed to be one made for each other. Having heard the TAD’s at other shows, most notably with NAIM electronics (known not to play well with others) I had my own reserved prejudices going in. At some point you could say that I didn’t quite understand all the hoopla over the TAD ME1’s until this day in Florida.

Bass was taught, but not exactly lean. The point source configuration did well to cast an even al level landscape upon which all imaging differences and instrument spaces would be defined. Having owned a few Ayre pieces in my day, the new electronics do carry on in the same ways as I am familiar with. Including that ability to play music with a weight and power, that on paper doesn’t seem to make sense. The Ayre sounded massive on the ME1’s, which are not that particularly friendly to less than hulking amplifiers.

Be it digital or analog that we listened to, I never felt either one to be the same sonically but also neither one to be a favourite. Both were strong performers at every step. 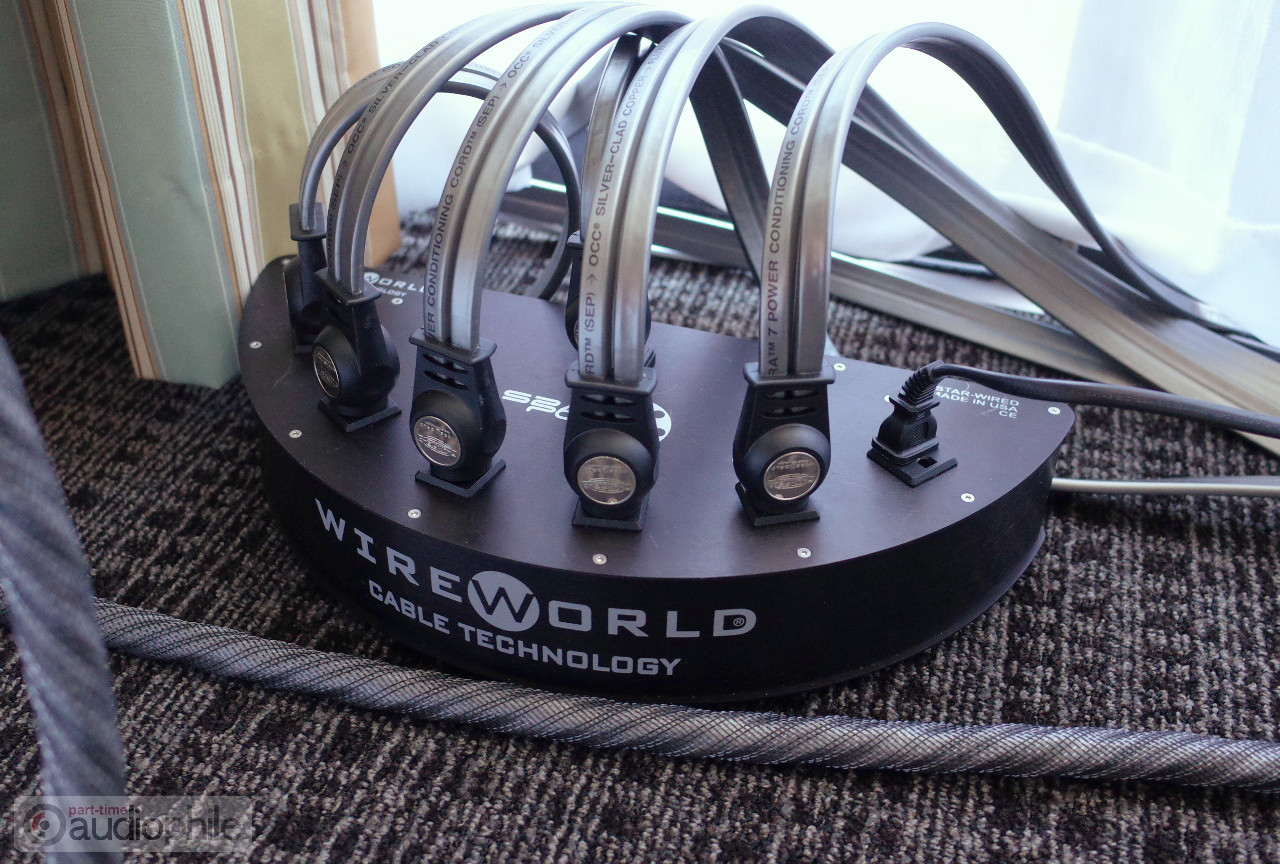 SAN FRANCISCO (PTA) — It was AXPONA 2019 where I first encountered NorStone A/V racks and speaker stands. Then it was a budding relationship between NorStone and Parasound as show-partners. As I entered the room […]