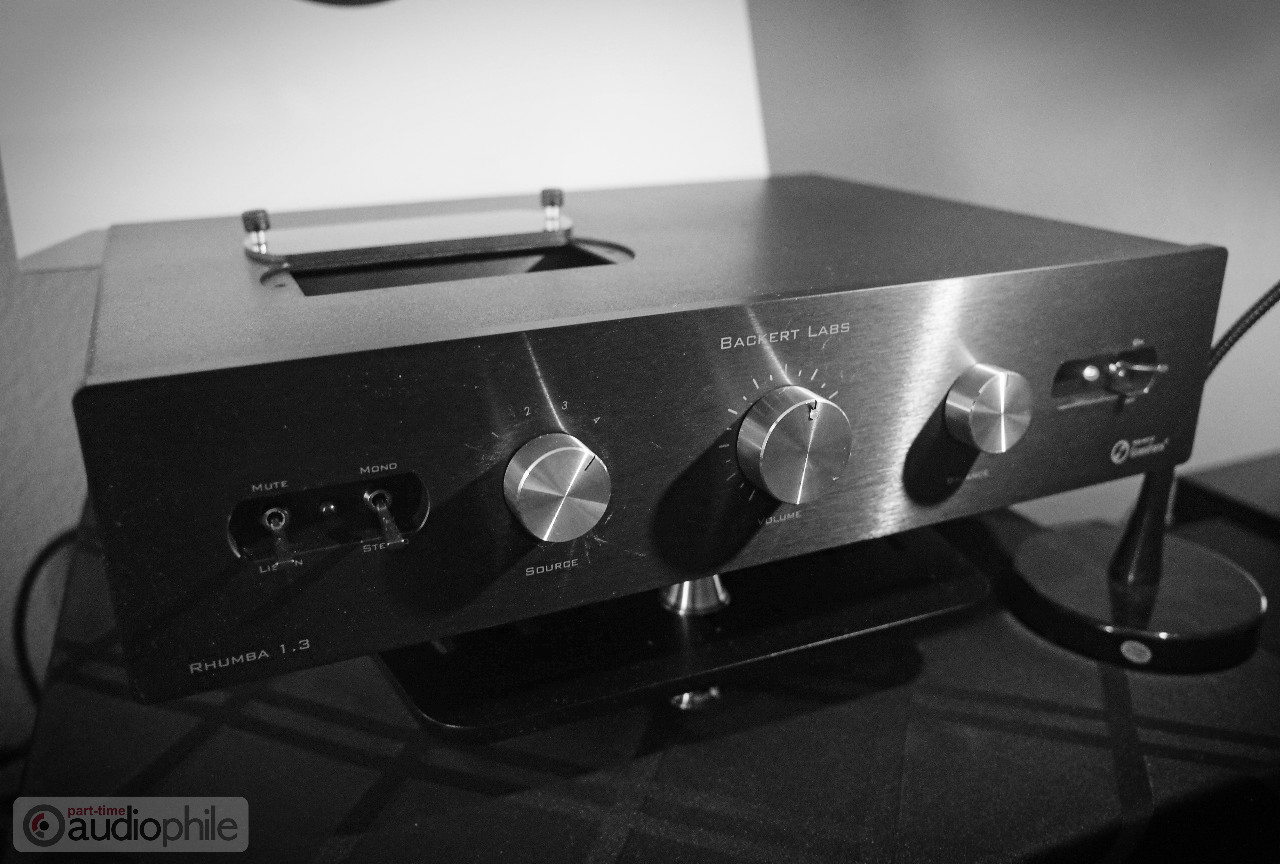 Starting with the truly a unique subwoofer system. RJS acoustics is a Saint Petersburg start up speaker Company. The demonstration purpose of their subwoofer system here at the Florida Audio Expo is to attain a convincing proof of concept. Not to spoil the story, but they succeeded in that goal.

Backert Labs Rhumba Extreme’s design concept is all about bringing the most value they can forward. Backert Labs takes the most expensive preamplifier they make (the $10,000 Rhythm 1.3) and build it into a chassis that is much less expensive. This results in a Rhumba Extreme 1.3 at $6,500. Basically, the Rhumba Extreme is their flagship preamplifier for $4,000 less. Yes, it omits some of the features of the Rhythm, but its feature list is still very impressive. The Rhumba Extreme includes automatic and continuous tube biasing, which is something you just don’t see in tube preamplifiers. A great feature for those of you out there who like to swap out tubes from time to time. Along with Backert’s patented “GreenForce” power supply management.

“GreenForce” is feature that is even more unusual in the power supply. The Rhumba Extreme (like the Rhythm) uses high quality capacitors to generate the raw B+ power that drives the preamp. The principle behind their power supply is simple: Bob Backert does not like the sound of capacitors, so he wanted to eliminate capacitors from the power supply entirely. Of course, this is an impossible dream — if you want to convert A/C to the DC power that a preamp requires, you need a capacitor. The amount of capacitance (a measure of battery power, which is expressed in units called micro-farads, or uF) in the Rhumba Extreme’s power supply is down to a microscopic level. While more common have hundreds or thousands of uF in their power supply capacitors, the Rhumba Extreme generates its power with a total of 0.66 uF. 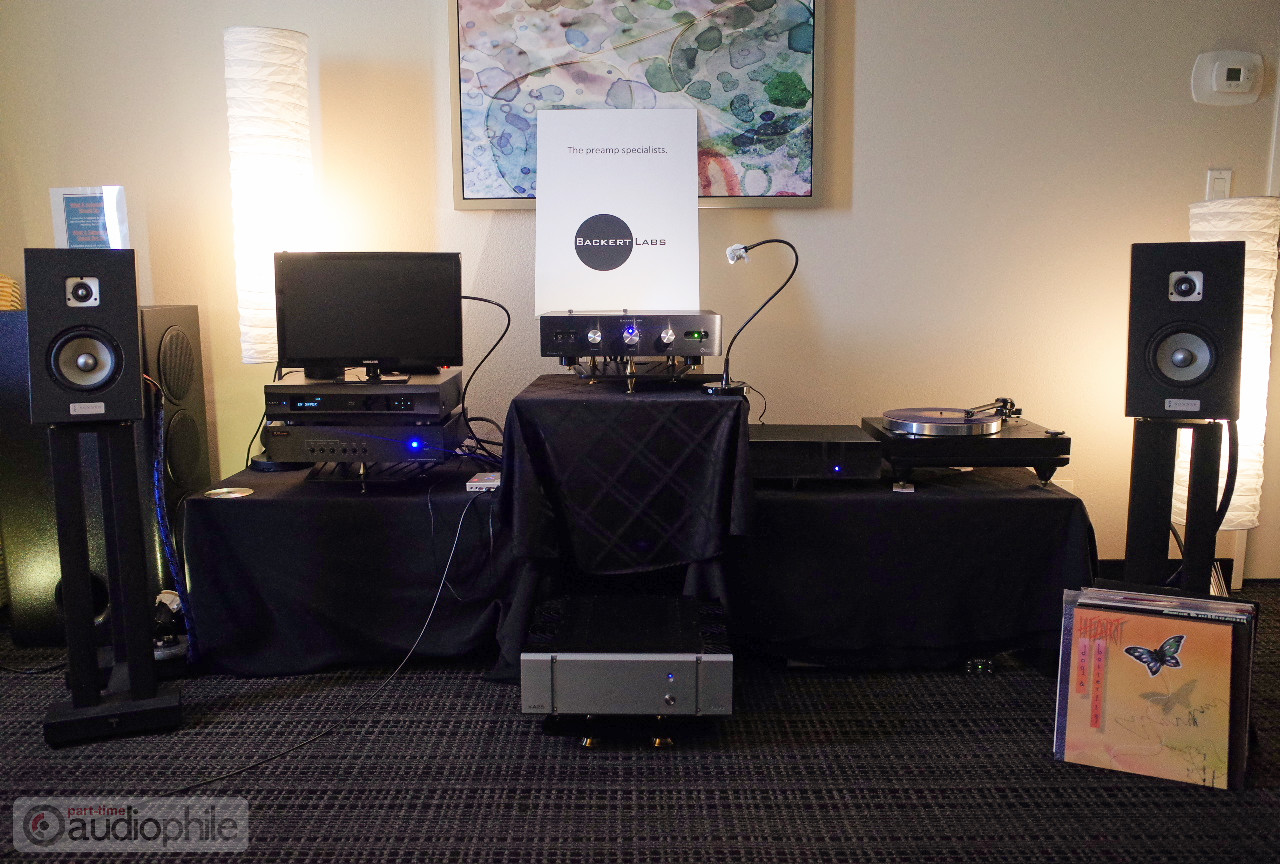 You don’t know what you have until it’s gone. That is the name of the game with the MD6 Bass Augmentation System. We listened for a couple of songs with the subwoofer engaged, and all was right with the room. Once we removed the subwoofer, it was a different story. Like spoiled children, we whined and complained for the sub to become active again. Not to say that the subwoofer’s nature was to be heard or identified during listening, it’s just that it sweetens the low end and aids in creating space so well, that we can’t ignore its absence.

There are a lot of great sounding electronics at this show. That said, most of them cost quite a bit more than the Backert Labs and Pass Labs combination here in this room. I think that has to be the story of how the Rhumba’s nature is to completely render everything in the music, and do it at such a bargain.

WASHINGTON, DC (PTA) — As we approach the close of the year, it feels much like “audio show season” has come to its finale. The season coming to its climax with what may be a […]

DENVER (PTA) — High End by OZ gave us a US debut from Vitus Audio with their monster integrated amplifier, AudioSolutions brings an incredibly dynamic loudspeakers to the table, and Ansuz Acoustics cable worms its […]