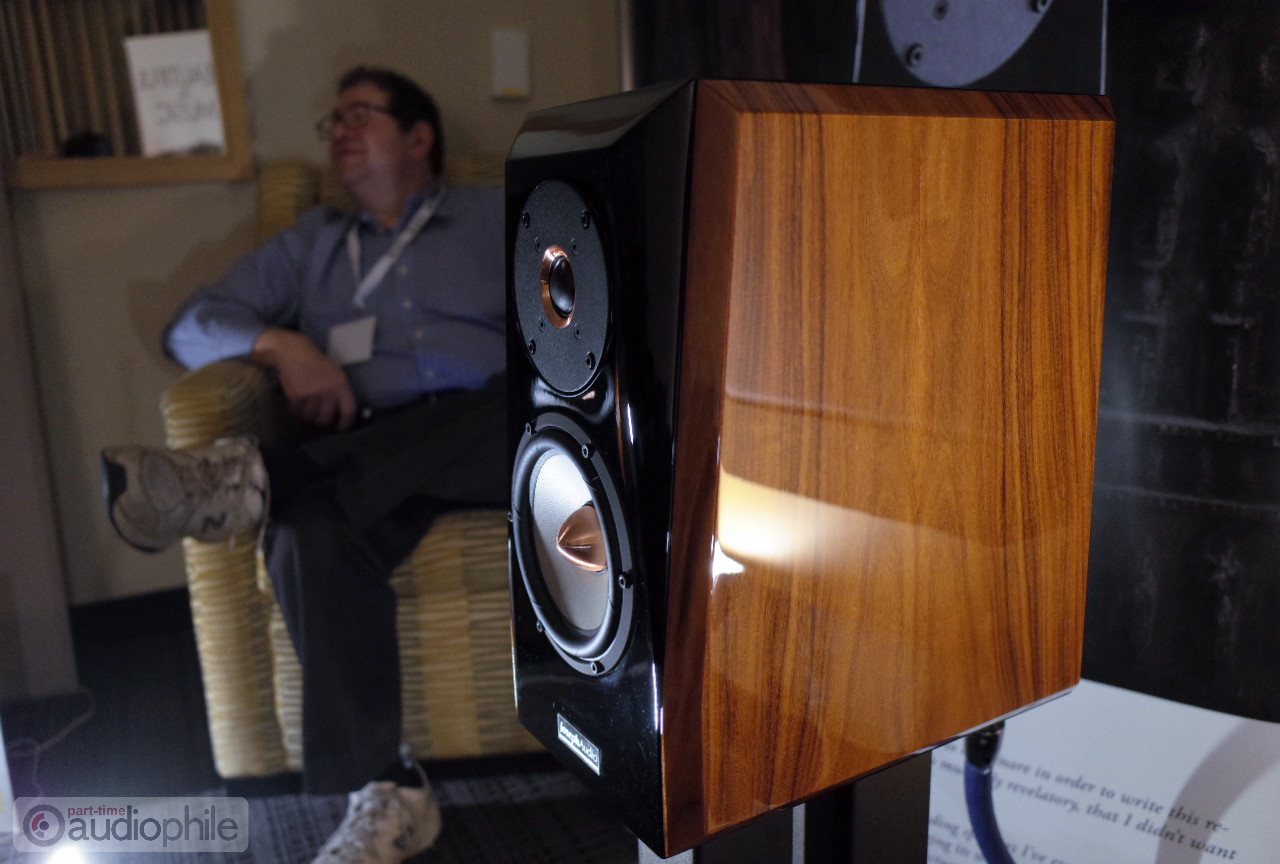 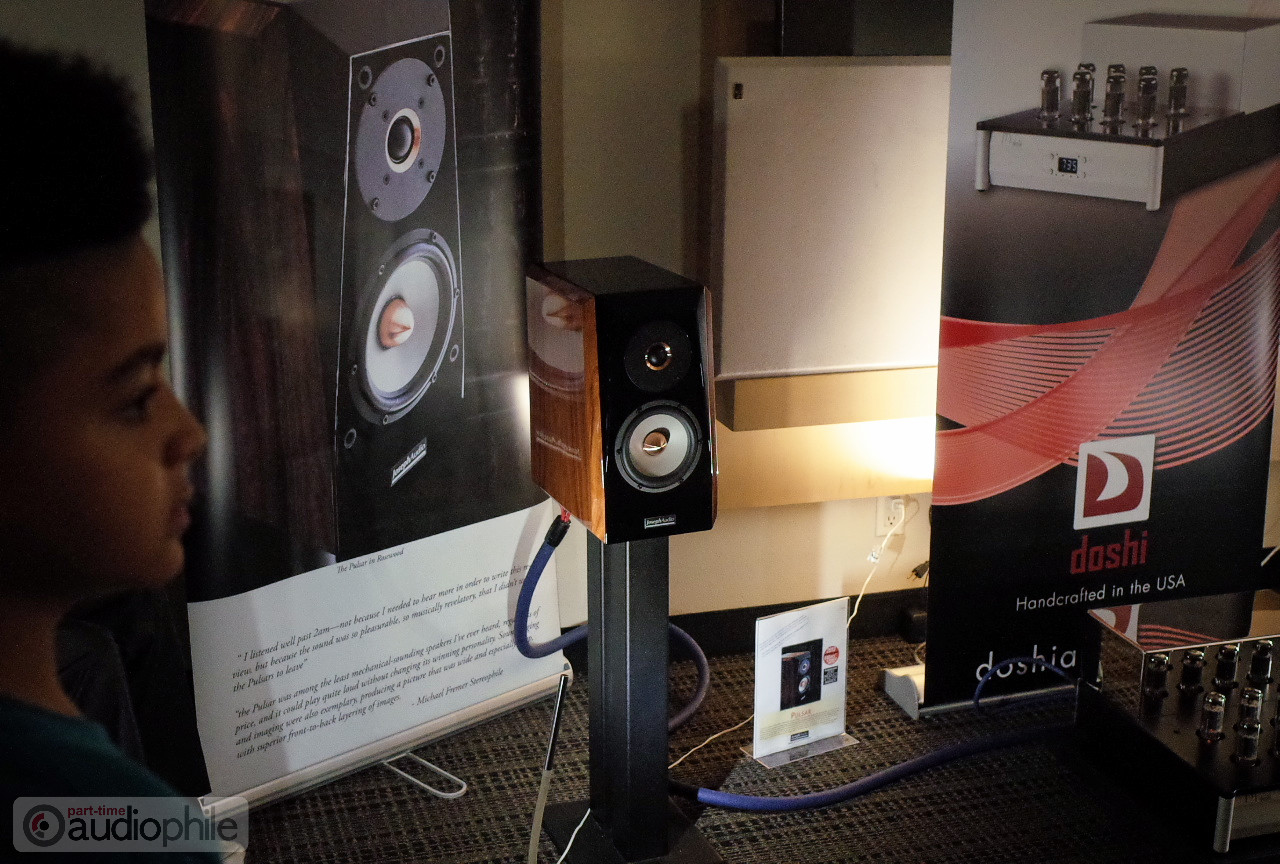 Our other-other guy on the staff, Lee Scoggins, covered this Florida Audio Expo room and system back in February (read it HERE). Now, here at the tail-end of my own show coverage, I felt the timing was right to speak about my own experience with Doshi and Joseph as it pertains to reel-to-reel tape, realism, and magic.

But first, let’s talk about the system components. Doshi Audio was showing off their current Tape Stage Preamplifier — universally considered the finest Tape Stage Preamplifier ever produced — in concert with their Line Preamplifier V.3.0 and still new (Hybrid) Stereo Amplifier. This is Doshi’s first Hybrid amplifier design, which only needs only two gain stages to deliver 65 watts per channel into 4 Ohms (Other impedances available on request). Using a J-Fet input and EL34/6CA7 output, this extremely low feedback design that operates in pure Class-A at up to 50 watts per channel. Four 6CA7 tubes per channel embolden the Doshi Stereo Amplifier to deliver a lower output impedance, enabling tight control over a wide range of loudspeakers.

Moving on to Joseph Audio’s fast moving, and bass thumping Pulsar monitors, one only has to assume that the rigid and lightweight cast magnesium cone mid-bass drivers are to credit. Along with the fact that the tweeter used in the Pulsar monitor is carried down from Joseph’s top-of-the-line Pearl3 tower.

The Pulsar is a stand-mount passive monitor, but everywhere I’ve heard them, full-range scale and low-end bass abound. Here with Doshi Audio tube electronics, things are no different. What is better however, how perfect this pairing is. My experiences at shows with Doshi has only been with Joseph’s Pearl3 and Perspective towers. Before today, I had only heard the Pulsar’s with solid-state and tubes of much lesser quality (brand names withheld). Using an Aqua Acoustic DAC and streaming Qobuz, I searched for a song by Toots Thielemans. If you don’t know Toots’ catalog, be prepared for lots of harmonica. Quincy Jones once said he was the best musician he had ever worked with. Harmonica, in my opinion, has range and power that I think offers more of a reproduction challenge than the human voice. Playing the theme to Urban Cowboy was revelatory, as far as the Pulsars are concerned. Magic poured out of them.

When Nick Doshi fired up the Studer tape machine and let the songs flow, nothing else in the world felt more right coming through speakers. This was a hallmark moment for me that I will carry on for many years. I’ll always remember that sound, that experience, and how moving the music was during such a high-resolution performance. 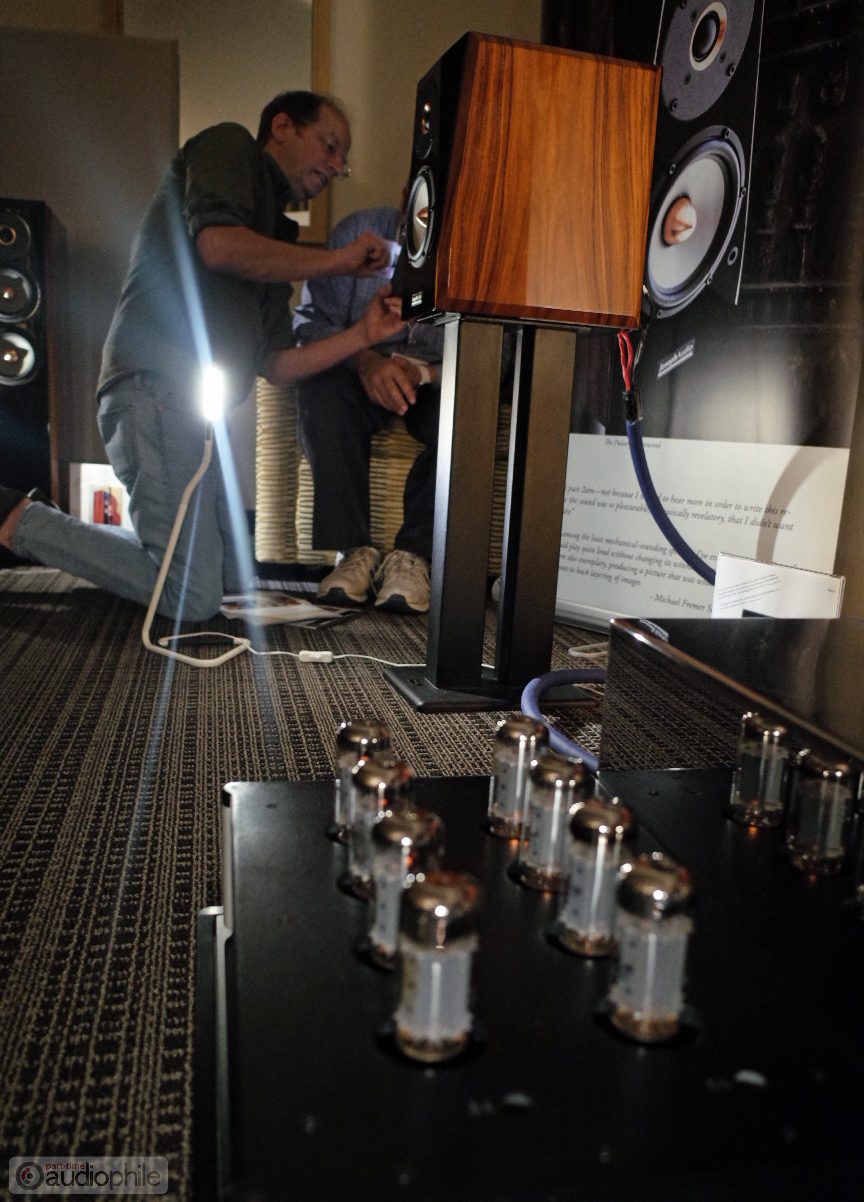 All interconnects, speaker, and power cables by Cardas

CHICAGO (PTA) — The Part-Time Audiophile team are packing our bags for the trip to Chicago next week. It’s gonna be epic. According to various news sources, AXPONA 2019 will have over 1 million exhibition […]

That ubiquitous spinner known, and loved by many digital-audio junkies (as well as AV-gear heads, and audiophiles alike) – the Oppo UDP-205 – has announced a partnership with music mastering, and hi-fi industry juggernaut MQA […]