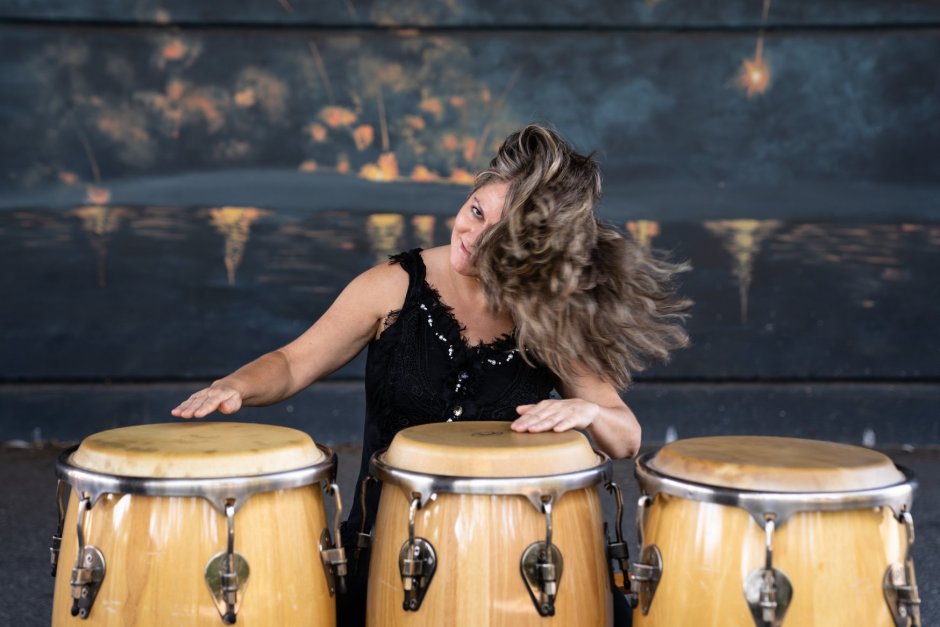 Pangaea is the name of her collective, comprised of multiple groups of musicians who come from genres such as world music, funk and folk, and specifically from Cuba and West Africa. “Her approach to to playing is based on applying traditional or folkloric themes to other more contemporary styles,” the liner notes say, and that does summarize her sound efficiently. Linette Tobin doesn’t have the singing voice that most people would associate with the Afro-Cuban scene–it’s a pleasant, slightly folky voice that evokes Joni Mitchell or Carole King more than the Saharan chants of Tinariwen. That’s the melding of the two styles in action, separate parts of the earth coming together to create something that’s very different within the Afro-Cuban movement.

While her role as a singer-songwriter is effective, Linette Tobin really blossoms when she comes alive behind her congas. She starts off in the early songs with a measured approach, tentatively suggesting what’s to come. As The New Shape of the World progresses, it loosens up, just like any late night celebration where the wine–or whatever else you got–is flowing freely. This is when you want visuals of this very professional-looking businesswoman creating these fevered beats and rhythms, hair and sweat flying while everyone else is dancing barefoot on the beach. By the time we reach the final track, an instrumental titled “Make Way for the Ladies,” a “percussion only number by 4 women,” it’s all beautiful madness.

Much of Linette Tobin and Pangaea revolves around dichotomies, and what happens at the point of collision. Since her voice is relatively calm, especially when she’s singing about eliminating cultural barriers, you might not hear the crash. Pangaea, of course, comes from the Greek word for “all the world,” and it’s perfectly logical for an immigration lawyer to champion global unity. It’s quite another thing, however, to hear that same lawyer tearing it up on congas. It’s wild and surprising and really worth hearing. 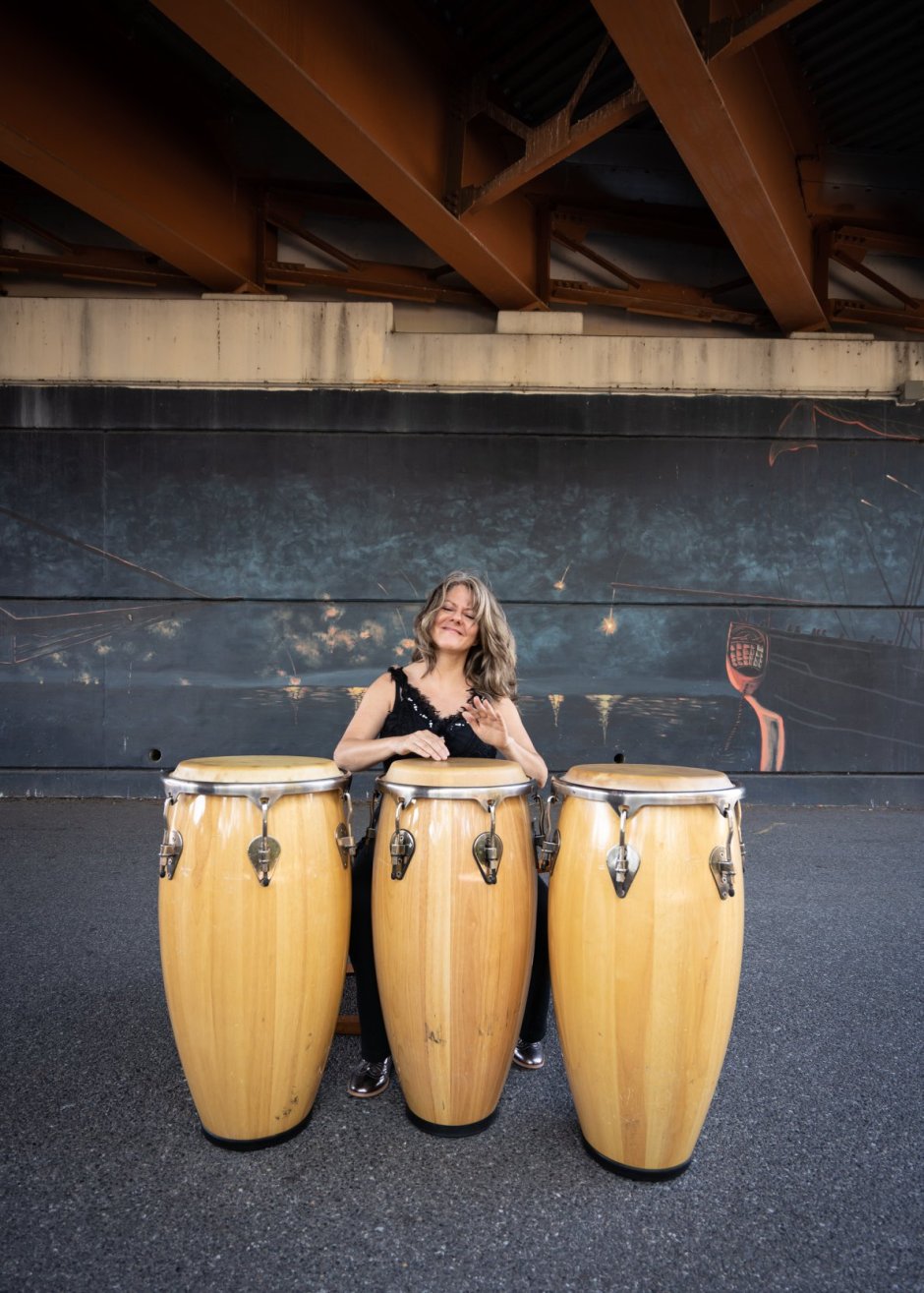 Benjamin Schnake Ensemble, The Joy of Playing | The Vinyl Anachronist

Today is officially the last day of summer, and the cooler and possibly rainy weather here in the Pacific Northwest today almost feels celebratory. We’re talking about a summer where on the hottest day here […]