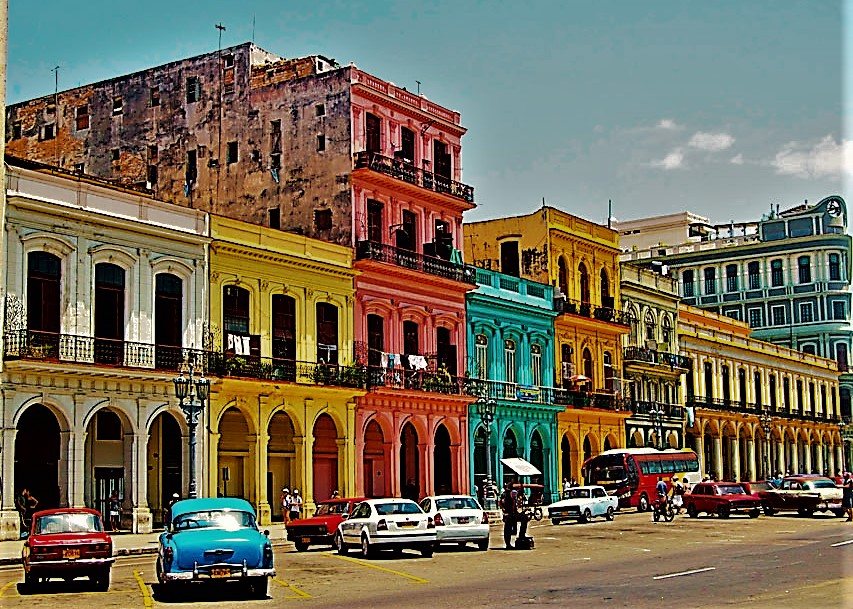 Hello, my dear readers! Have you survived the winter? Back in my home near the Smelyy Mountains, I was suffering from a bit of cabin fever and I found my half-frozen mind wandering to sunny climes where I could dip my feet in the ocean without more of my toes turning black and falling off my feet. That is an inside joke for my friends who often call me Devyat Pal’tsev after last year’s unexpected May 25 blizzard.

While I usually head for the beaches of South America or Australia or Cape Town for a wonderful beach respite in the middle of the winter months, I thought I would “mix it up” as Americans like to say and head for the Caribbean. If you know the people from my wonderful country then you will know the tropical country that we favor the most. It is, of course, the place we love to call the Pearl of the Antilles.

Habana and its surrounding towns and villages are not known for containing a plethora of audiophiles in the usual sense. That is what I have often thought considering I have a single audiophile friend in all of Cuba and his name is Umberto Rodriguez Rodriguez. I have known Umberto for many years. He is a lean and small man in his sixties who is also quite muscular, which is good for a plumber, as he can still unscrew most pipes with his bare hands. He laughs at his employees when they ask him for a wrench. “Tienes que ir al gimnasio,” he will tell him with a hearty laugh before he pushes them out of the way and twists those pipes apart like they were made out of pastelitos de guayaba y queso.

Let me stop for a moment just to say mmmmmmm to myself. Okay.

In the past, Umberto has always come to visit me at my home. Although I have been to Habana before I have never been to Umberto’s home nor listened to his stereo system. Umberto favors vintage equipment over the latest technologies which I would say is very typical for people in Cuba. He only listens to LPs. He does not listen to CDs and he does not stream music from the Internet. I am not sure he even has the internet because we always talk on the phone. I think that Umberto’s phone still has a rotary dial on it. Maybe that is a joke and maybe it is not.

Umberto has always boasted about the beautiful vintage pieces he has found over the years and how they look like they were taken out of the boxes for the very first time. Or as they say on eBay, mint minus but only because I am such a hard grader. “Everything in Habana is NOS, Modest,” he once told me over the telephone.

It was not until I had arrived in Habana early in February that I understood what he meant by that. When I left home the temperature was -48 degrees Celsius. When I landed at Aeropuerto Jose Martin several hours later it was 26 degrees Celsius. That was certainly a shock but not as much of a shock as what I witnessed on the city streets of beautiful Habana as we drove toward Umberto’s home. I thought we had landed that Sukhoi Superjet 100 on a different planet that was a few decades behind Earth. 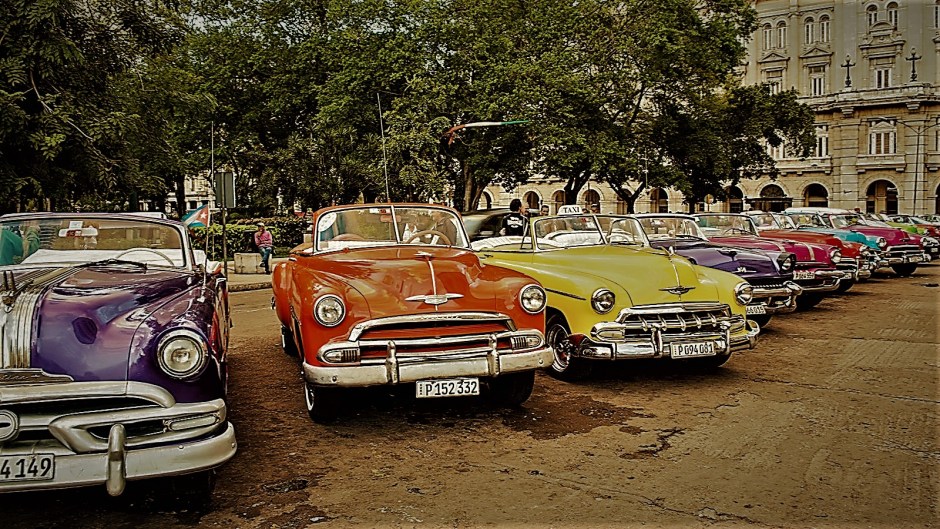 The sun was hot and bright and the buildings were painted in charming pastels and the streets were filled with old American cars.

When we arrived at Umberto’s “modest” home (that is a funny joke just for me) I was instantly seduced by the sound of music in the streets. It sounded like the music I have heard before in my home whenever I think about Cuba. I have many recordings of Paquito D’Rivera, Mongo Santamaria, Celia Cruz and Okulary. But this music sounded real as if it was being performed live on a back patio somewhere on Umberto’s block. Once we approached his front door I noticed that the music was not coming from the streets but from within his house. For a fleeting moment, I thought that Umberto had arranged a party in my honor. He is that kind of friend.

Once we entered his casa, I was treated to the heartwarming sight of his wife Luz dancing to the music on his vintage stereo. Luz spun away from the flawless Dynaco A-25 loudspeakers and the translucent Pioneer SX-1980 receiver and the exquisite Thorens TD-124 turntable on the rear wall of the small living room and ran toward me for a warm embrace that melted that Smelyy winter from my soul.

“Mi amigo,” she exclaimed. I know I am not capturing her enthusiasm correctly since my Cyrillic keyboard does not have an upside-down exclamation mark so you will have to imagine it is there.

Umberto and Luz were gracious hosts and fed me wonderful food and talked of all the changes in Cuba ever since Fidel has passed. At the same time, I simply could not concentrate because that lovely sound system in the living room kept monopolizing my attention. It did not sound like the hi-fi we listen to in the modern world but an incredible reminder of our history and our past and how the world used to be a much more beautiful place than it is now. The sound was colored but in the same exact way our fondest memories are colored.

Umberto noticed that I was distracted by the flow of the music and he asked me if he should turn the music off. Obviously, I objected and he immediately understood. “As they say in America, this is a blast from the past, no?” (Again I must apologize for not using an upside-down question mark but you understand.)

“This sound definitely takes me back, my friend,” I replied. It reminded me of when I was a boy and my engineer father would build his own speakers and amplifiers in the small workhouse behind the chicken coops beyond the wheat fields. We would listen to my hero Eduard Khil sing about riding across the prairie on his stallion while his beloved woman is one thousand miles away knitting a stocking for him. This would always remind my father that I had not finished his laundry on time and that I would only get a half-bottle of vodka for dinner that night. Oh, the sound!

Umberto sat forward in his big over-stuffed mid-century recliner and told me, “You, my friend, are coming with me tomorrow to Habana Hi-Fi!”

The next morning after we had a wonderful breakfast of toast and café con leche we jumped into Umberto’s gorgeous emerald 1963 Studebaker Avanti and headed down to Habana’s business district. When Umberto told me about his favorite hi-fi store in Habana I assumed it would be a magnificent salon. I was not prepared for lengthy drives through back alleys where we skirted through one industrial park after another. He finally parked the Avanti in front of a nondescript warehouse with absolutely no signs or lettering announcing the business within the drab concrete walls. We walked up to the big rolling metal door and Umberto knocked in a pattern I assumed was sort of a password. It was the old “shave and a haircut” knock with the last knock left off and quickly followed by fourteen additional knocks delivered in about three seconds. You might want to remember that, dear readers.

The giant rolling door in front of us started to open and I was immediately treated to the surprising sight of a showroom nestled in the center of the warehouse floor that was surrounded on all sides by pallet racking that nearly touched the high ceiling. The racks were filled with rows and rows of boxes with very familiar names printed on them such as Quad, Thorens, Garrard, Lenco, H. H. Scott, The Fisher, Rogers, Chartwell, Marantz, McIntosh, Dynaco, KLH, Klipsch and much more. What was shocking about all of this was the condition of the boxes themselves as they did not look like boxes that were fifty or sixty years old and had changed hands a number of times. No, my dear readers, nearly every box looked as if it had just been shipped from the manufacturers. I must say that I had an eerie feeling just then. It felt like an army of ghosts had just bumped into me and knocked me to the ground.

We were greeted by a man who seemed to be the proprietor. He was portly but very young and he seemed slightly out of place in this astonishing audio museum. He and Umberto exchanged a quick set of pleasantries before he was introduced to me as simply Reynaldo. I barely managed an audible response.

“You seem to be shocked,” Reynaldo said to me.

“I think he still needs to collect his jaw off the warehouse floor,” Umberto replied.

What happened over the next few hours was a bit of a fever dream, my dear readers, as we listened to all sorts of equipment in all sorts of combinations. We listened to a Thorens TD-124 with a Shure V-15 Type 3 cartridge with zero hours on the stylus and a Marantz 10 and 8b and a pair of Klipsch La Scalas. We listened to a pair of 15-ohm Rogers LS3/5as powered by a pair of McIntosh MC-30s and a perfect McIntosh MR-78 so that we could listen to the fabulous radio stations throughout Cuba. I caressed an original Garrard 301 that had never been plugged into a wall and turned on. I marveled at box after box with the factory seals still intact. Every two minutes or so I felt compelled to pinch my arm. This simply could not be!

Even the prices were unbelievable. “The Cuban peso has never been that strong,” Umberto explained. “Paying in US dollars will give you an additional 10% discount, right Reynaldo?” At the end of our lengthy listening session Reynaldo and I went back into his office where he started to calculate the price of my new home system which included a pair of Dahlquist DQ-10s new in box and a Kenwood KR-9600 receiver and an EMT 930 turntable and arm with a minor scuff on the side (the result of a shipping mishap back in 1958). The final price was roughly US$2200 including shipping to my house. If I had known it was going to be so inexpensive I would have chosen one of the many 927s Reynaldo had on display!

The lesson is this, dear readers. Many Americans go to Cuba for the cigars and the rum and perhaps to enjoy all of the beautiful cars. But if you take the time to speak with Cuban audiophiles you may be surprised at how easy it is to find the right warehouse door and use the right secret knock to gain entrance to an incredible vintage hi-fi paradise!

Tell them Modest sent you! 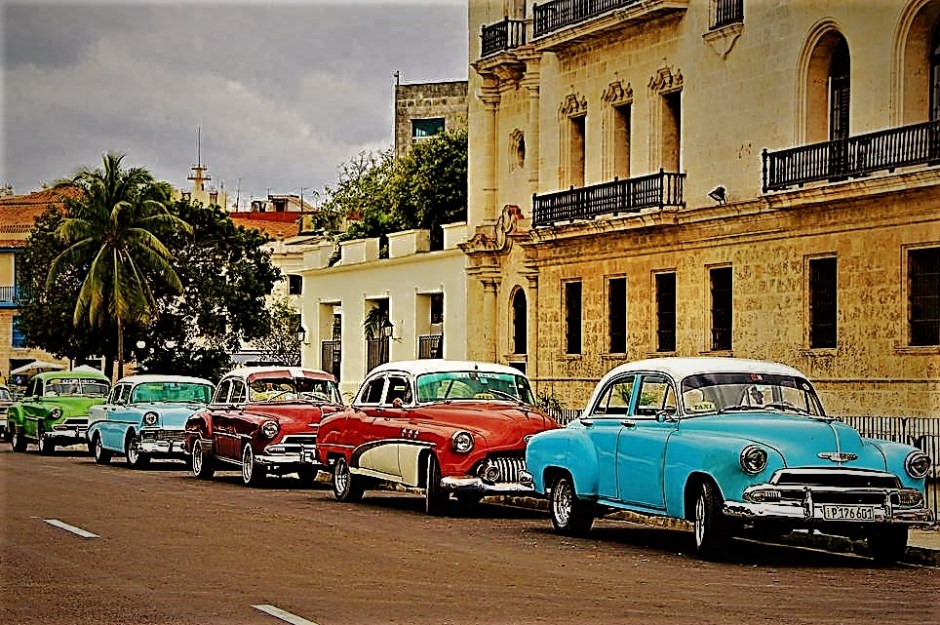 The Audio Psychic of Lily Dale | The Far Corners

I haven’t been home in a while, dear readers, and for obvious reasons. I have also been keeping a very low profile during my travels because it is not a good time to have a […]

By Modest I. Predlozheniye One of my favorite places to visit in all the world is Gibraltar since it is the intersection of so many different cultures. Where else can you stand on British soil […]

There was a time, dear readers, when I would have been embarrassed to talk about my personal struggles with ear hair. I am still self-conscious about the excessive hair in my nostrils and my shoulders […]