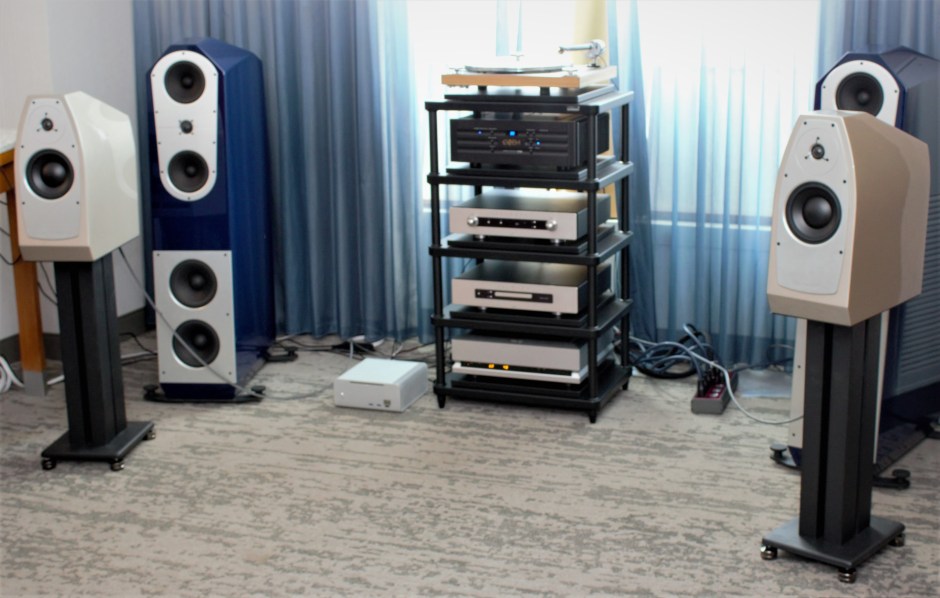 “The basic idea here was to see what we could put together for $10,000,” Shayne Tenace of Tenacious Sound told me when I visited his EgglestonWorks and Primare room at AXPONA 2019. Shayne’s known for doing this kind of demonstration–at one of his first trade shows a few years ago he garnered a lot of great press for assembling an awesome $5000 system, built around a $4000 pair of speakers. Here he had a lot more flexibility, using a pair of the new EgglestonWorks Nico EVO loudspeakers ($4295/pair), a Primare i35 integrated amplifier w/streaming DAC ($4995) and cabling from Audience including the affordable Ohno II speaker cables and the Forte power cords.

(From the photos you’ll see a larger system waiting its turn in the room–The Wand 14-4 turntable and arm from New Zealand, a Coda amplifier and the much larger $15,500/pair EgglestonWorks Kivas.) 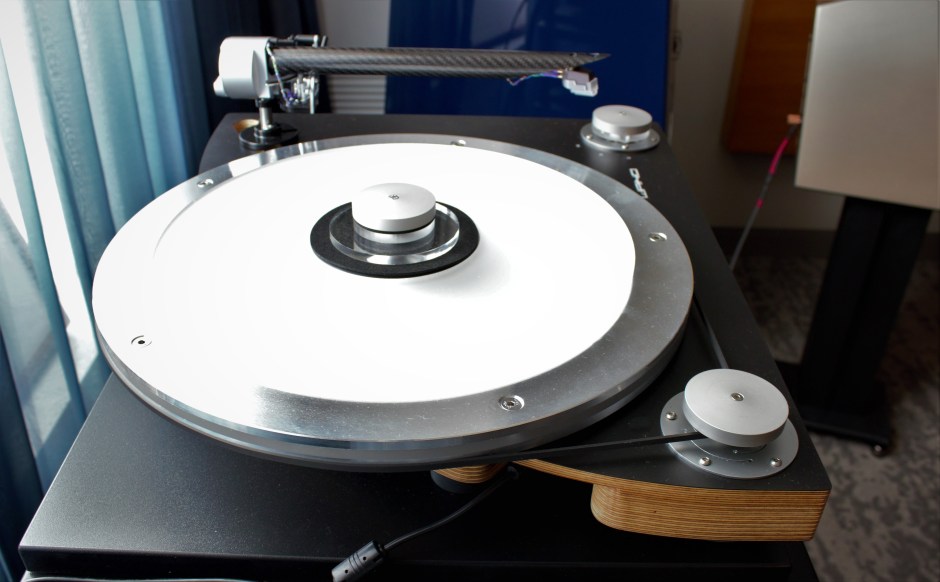 I was there for one primary reason–to listen to the Nico EVOs, at the behest of EgglestonWorks’ Anthony Chiarella. I’ve just finished reviewing the EgglestonWorks Emma EVOs, a $5500/pair 2.5-way floorstanding loudspeaker that I thought was one of the most well-balanced designs I’ve heard for less than five figures. (This review will appear in the summer issue of The Occasional.) The Nicos are 2-way bookshelf speakers that seem tiny in comparison, although they do share the same wedge-like shape and extraordinary fit and finish of the Emmas. I was surprised by the small gap in the MSRP of the two models and initially thought it might be easy for an EgglestonWorks dealer to move a client up through the line to a larger model, but I underestimated the magic of the Nico EVOs.

First of all, the Nicos go loud and without strain. While they might lack the deepest bass of the larger Emmas EVOs, they can project that same generous soundstage, that same sense of poise and balance. I can’t quite say that the Nicos sound almost the same as the Emmas–different room, different amps, etc.–much of what I enjoyed with the Emmas back home in New York was repeated here. In addition, I am a 2-way bookshelf kind of guy, so the Nico’s flexibility when it comes to set-up is equally intriguing.

I discussed EgglestonWorks with many others in the industry at AXPONA, especially in the context of my recently completed review of the Emmas. With the extraordinary new Nico, it’s obvious that this Memphis-based speaker designer has arrived at a point in its long history where it is pushing the design envelope and the cost-performance ratio with its more modestly-priced products. Expect to hear a lot about EgglestonWorks loudspeakers over the coming year. 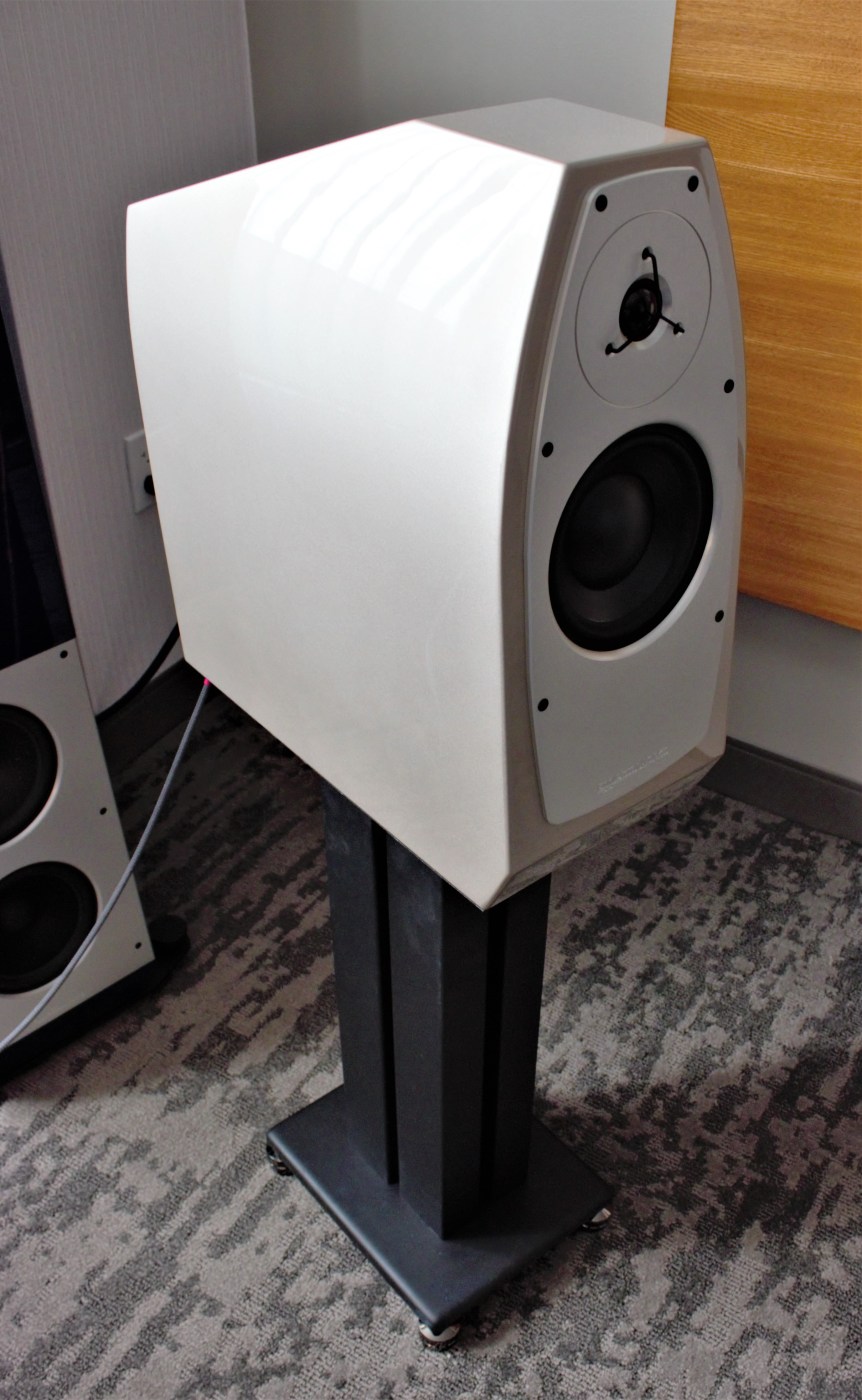 In my coverage of Eikon Audio, I noted how I failed to recognize audio legend Gayle Sanders when he first approached me. I did the same exact thing in the ModWright Instruments and EgglestonWorks room […]

CHICAGO (PTA) — This year’s AXPONA audio show is already on course to be their biggest, and most newsworthy yet. Lots of product debuts are happening at this show, and we’re committed to […]