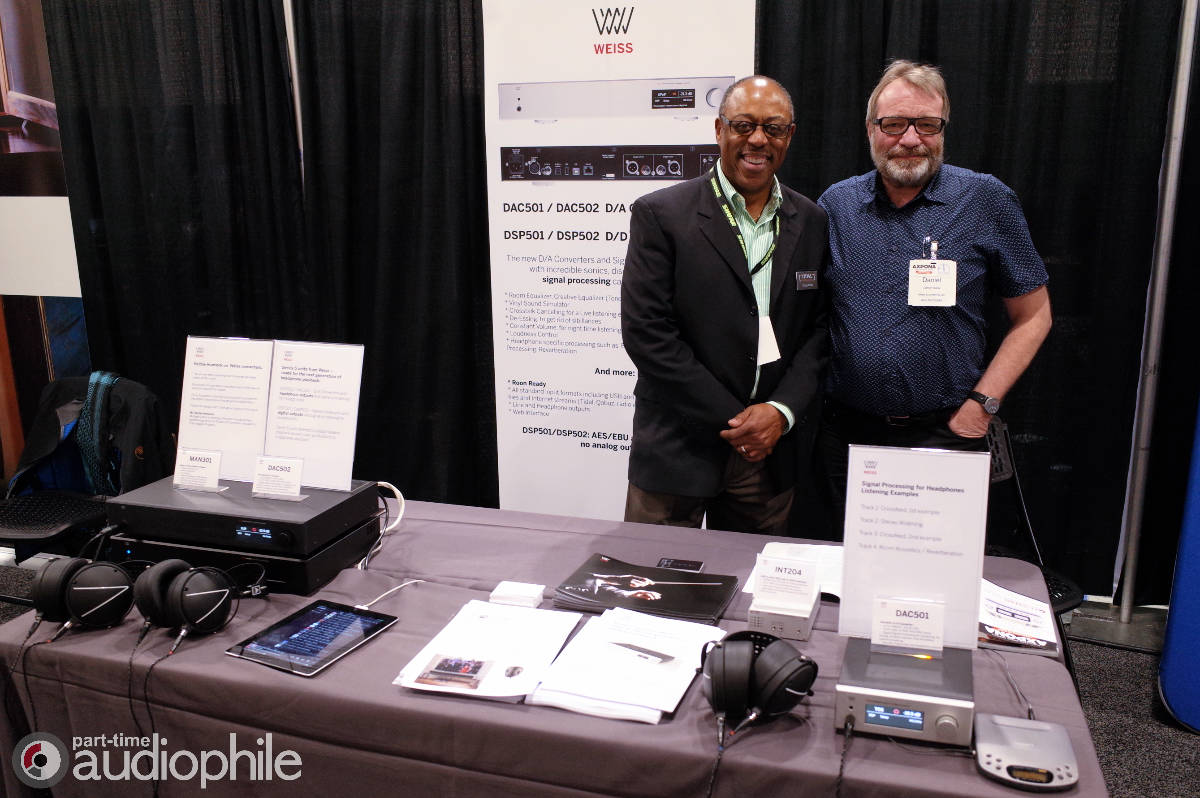 CHICAGO (PTA) — If you are a mastering engineer or have recorded an album in a world-class studio within the last thirty-five years, you are likely quite familiar with the work of Daniel Weiss. If your roots are instead more limited to the world of hi-fi, you should have come across a piece or two of Weiss Engineering‘s high-end hi-fi products somewhere over the last twenty years. At AXPONA 2019, Doug White of The Voice That Is! and Daniel Weiss gave me an enthusiastic tour of the Weiss product line. 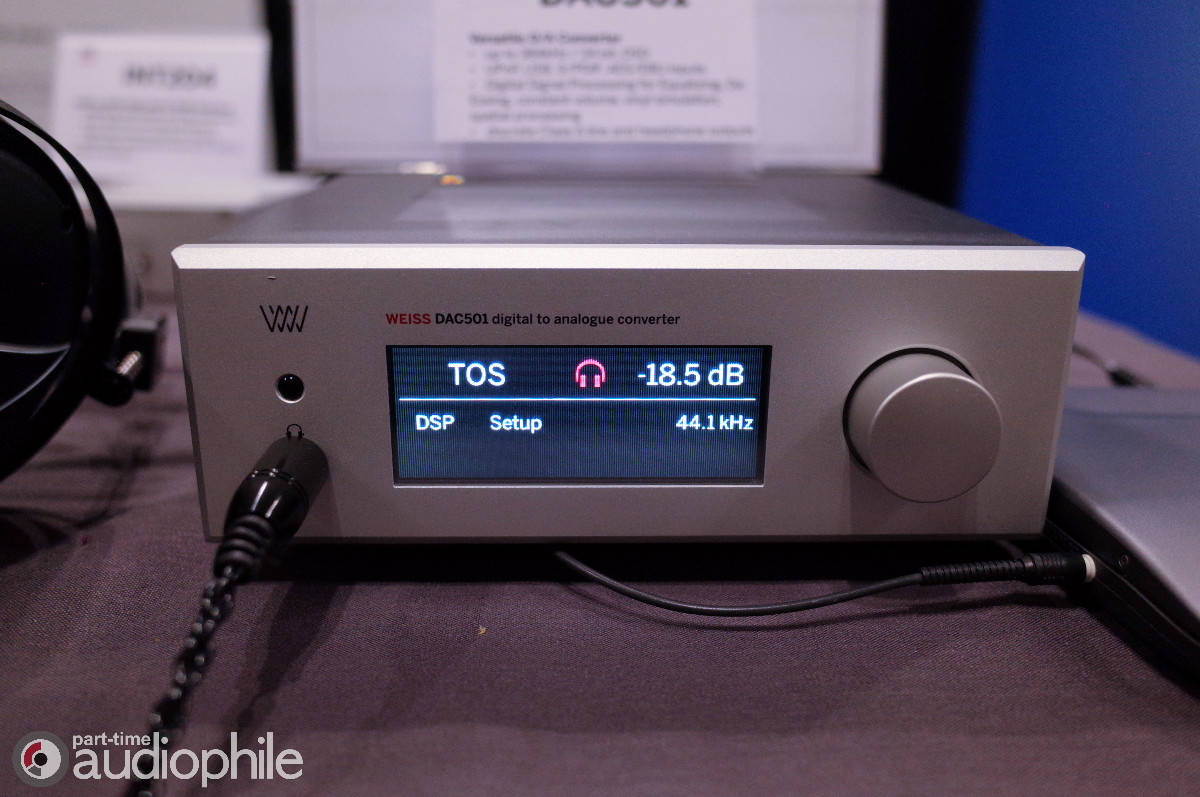 Doug White was excited to introduce me to Daniel Weiss, whose clientele list ranges from names like Herbie Hancock to Sony Music studios in New York. I was glad to be with great company at the show, and with Doug’s guidance, I think I may have seen the light.

It all started for Daniel Weiss when he joined the Willi Studer AG in Switzerland as an electronics engineer in 1979. At Studer he worked in the digital audio lab for five years. His work included the design of a sampling frequency converter, and the development of digital signal processing electronics for digital audio recorders.

In 1985 Daniel Weiss founded the company “Weiss Engineering Ltd.”. From the outset the company concentrated on the design and manufacture of digital audio equipment for mastering studios. Starting in the year 2000, Weiss Engineering began developing products for the High-End Hi-Fi market. With Daniel’s expertise in the design of top-quality audio equipment for the most discerning clientele, the mastering engineers, it seemed like a logical step to start designing equipment for the demanding audiophile playback.

At AXPONA 2019, Daniel Weiss was showing two Roon-ready DAC models the DAC501 and DAC502. The differences are that the DAC502 is larger and includes a four-pin headphone output, but internally the two are the same. Each has a built in DSP chip, allowing the DACs to peform many DSP related tasks like equalization, room EQ, and finally headphone processing. The last of which I demoed — and boy was it was glorious.

Most music, and by most I mean all, is recorded for playback on speakers. Listening with headphones contradicts how the final product was mastered. The headphone processing makes conventional recordings more suitable for headphone listening by correcting the missing crosstalk which comes along with real world two-channel stereo listening, along with simulating various types of room acoustics, space, and imaging profiles.

Mind you, the two DACs would still be ideal for inclusion into a two-channel stereo system, but there at AXPONA, showing off the amazing things that headphone DSP could do was enough cause for action.

Both DAC501 and DAC502 have selectable headphone or loudspeaker output profiles. So as to use the correct DSP for each listening application. This is a first I’ve seen from any DAC manufacturer and I must say, it’s exciting.

Also on display was Weiss’ INT 204, USB / DSD interface. It’s digital in, and digital out. The unit performing DSD to PCM conversion (from DSD64 and DSD128), allowing the use of any standard PCM DAC to playback DSD files. The DSD to PCM conversion operates with a selectable sampling frequency (up to 384khz) and word-length. There is also an optional IR remote and control available for volume control. 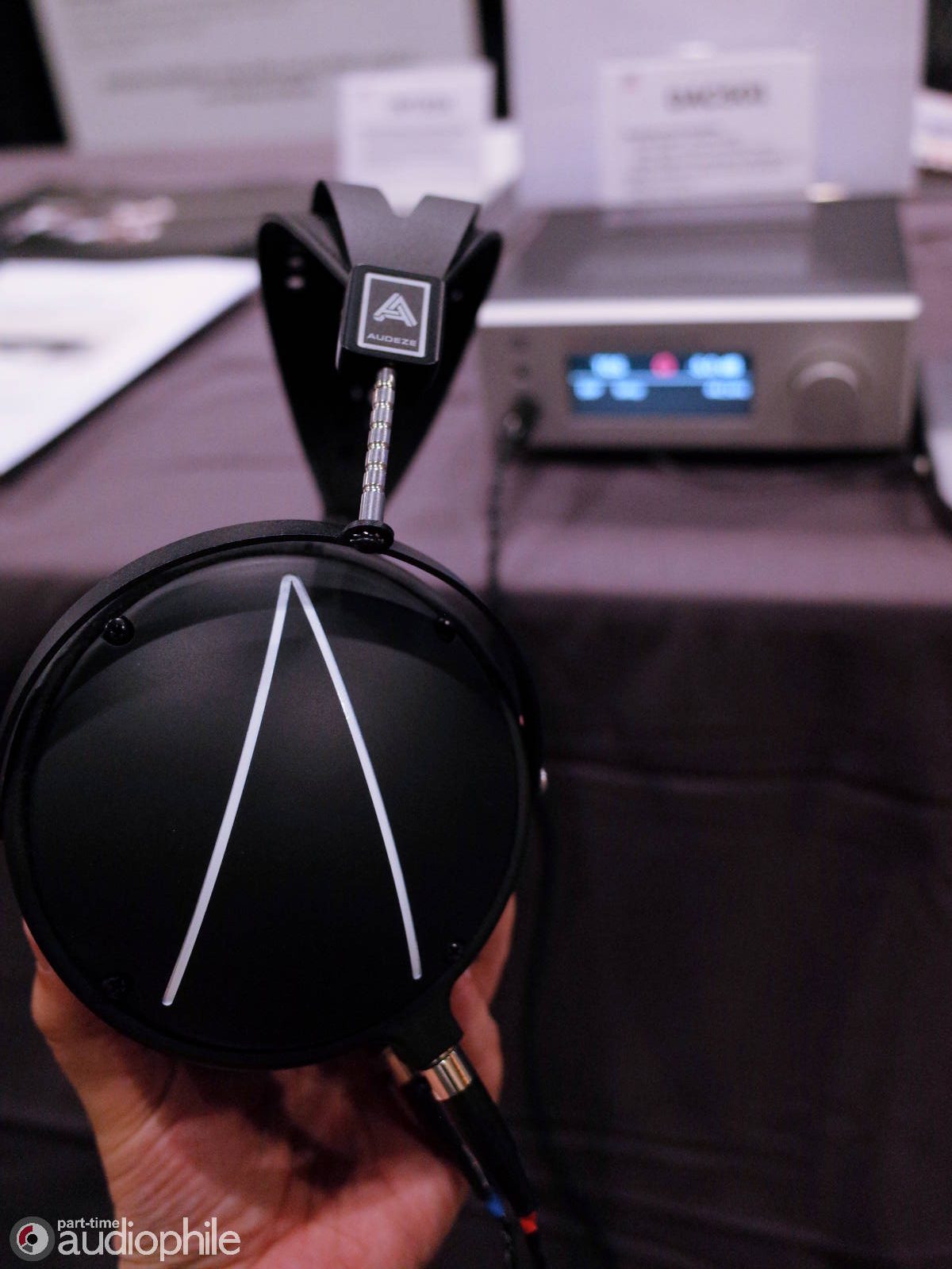 Giving a listen to sample tracks on the smaller DAC501’s headphone output, each tracked issued a direct A-to-B comparison between different headphone processing algorithms. I was able to compare the industry standard for recorded music playback over headphones, versus what is possible with DSP headphone processing. The headphone processing takes everything I hate about headphone listening and fixes those problems. The processing added proper sound-staging where it was missing, and gave an overall more accurate rendition of what a live performance sounds like. Gone was the “inside my head” sensation that feels foreign to me. With different DSP profiles I was able to experience music in simulated venues. Each having their own size and reverberations. The Crossfeed processing is a must have. The simulated room acoustics was neat, and helped with certain types of music seem more real, especially classical. Do I need the room acoustics? That depends on the recording. The Crossfeed DSP is the greatest thing I’ve ever heard in headphones.

The coffee cup in the Avantgarde Acoustics room was very large, had no lid on it, and was filled to the brim with steaming coffee. It looked delicious, and I wanted to steal it, and […]

Mat Weisfeld and Co. over in New Jersey at VPI Industries have been very busy indeed these last several months (Congrats to Mat, his wife Jane, and their whole family on the birth of their […]

Toward the end of three hectic days covering the Los Angeles Audio Show, I was coming down with a nasty migraine as I entered the large Scott Walker Audio room at the Sheraton Gateway Hotel. […]