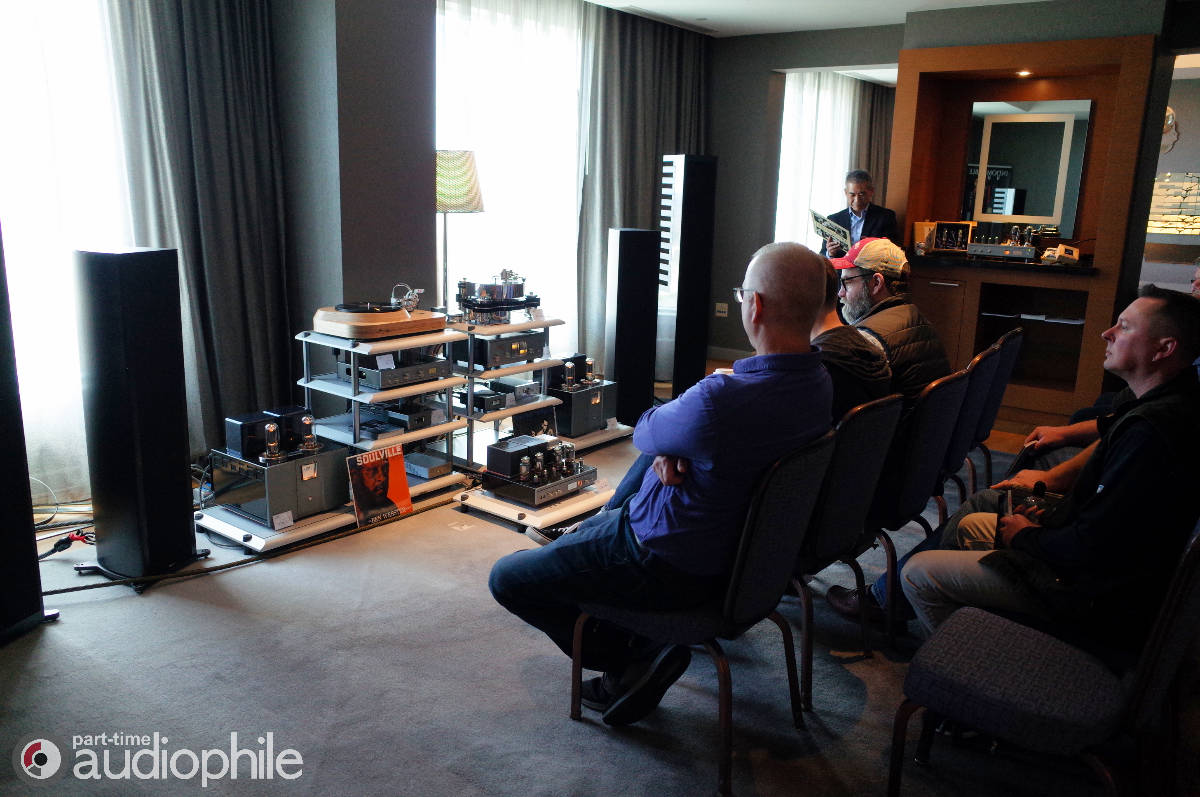 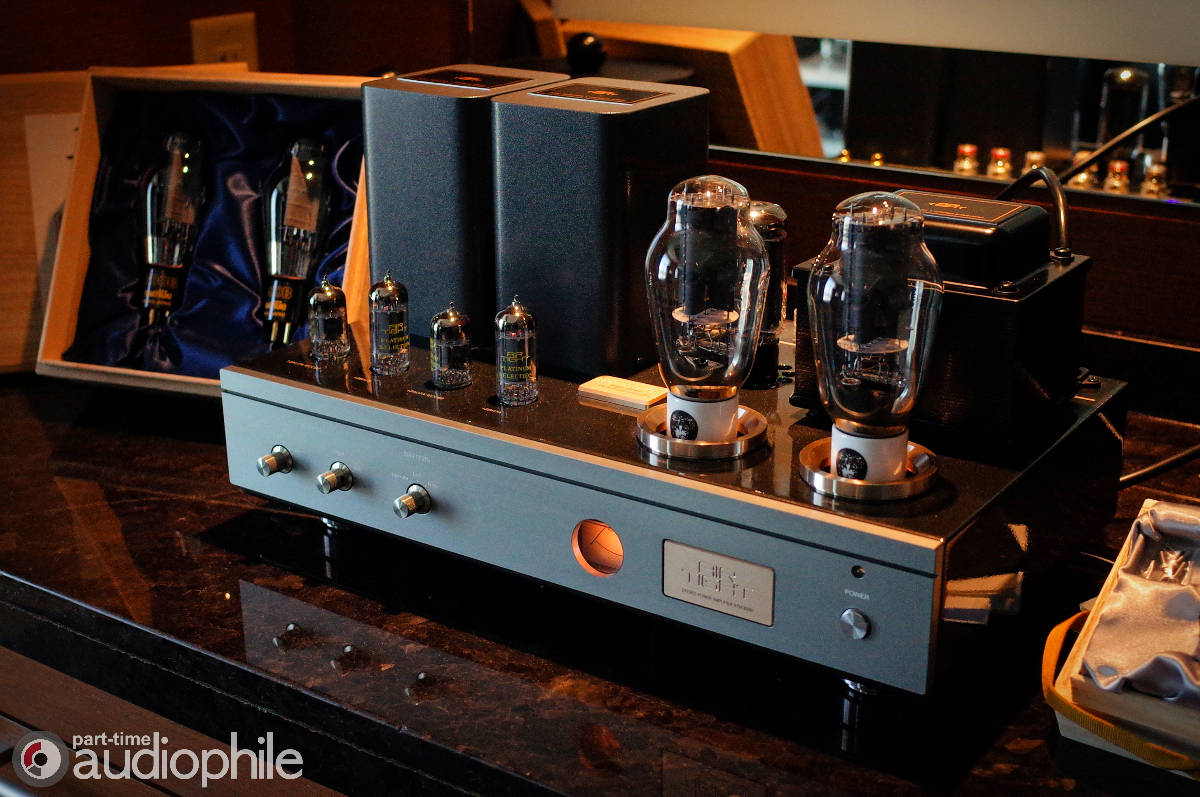 Axiss Audio brought to AXPONA 2019 one of the sexiest systems at the show. Boasting some of the sweetest Air Tight electronics pushing two pairs of loudspeakers. First a towering pair of Piega Master Line Source 3 loudspeakers, second a heavy pair of Piega Coax 711 towers. To look at the two pairs in photographs, you would think the Piega Coax 711 towers are small — but that couldn’t be farther from the case. The Piega Coax 711 is a 4ft tall all-aluminum structure loudspeaker, with a large coaxial ribbon driver that covers all high and mid-range frequencies. Below that, what looks like four woofers, of which two are actively driven by external power, the remaining two function as passive radiators.

From Air Tight come a suite of high-class tube electronics that propel the large Piega speakers to stunning levels of detail and complete dynamic resolution. Starting at the most finite of sources, the NEW Air Tight PC-1 Coda Moving Coil Cartridge with a lower impedance of 1.7-ohms. The PC-1 was first introduced over a decade ago, and has seen a few iterations like the PC-1 Supreme and Opus 1 come to represent its growth history. The new PC-1 Coda builds on the advancement in material sciences and construction designs implemented in earlier models.

From there, an Air Tight ATH-3 Moving Coil Step-Up Transformer with an impedance range of 1-to-7-ohms, and 1:40 (32db of gain). At the helm, an Air Tight ATC-5 Tube Preamplifier with built-in phono equalizer. Inputs include two for phono, and three for all-purpose line-sources. Powering the “not as large” Piega Coax 711 loudspeakers was an Air Tight ATM-2 Plus Stereo Power Amplifier, which utilizes KT88 output tubes in push-pull configuration. Each stereo channel is rated at 70 watts. Powering the larger Piega Master Line Source 3 loudspeakers were a pair of the Air Tight ATM-3211 Monoblock Power Amplifiers, with 211 output tubes in push-pull configuration. Rated power output per channel is 120 watts. 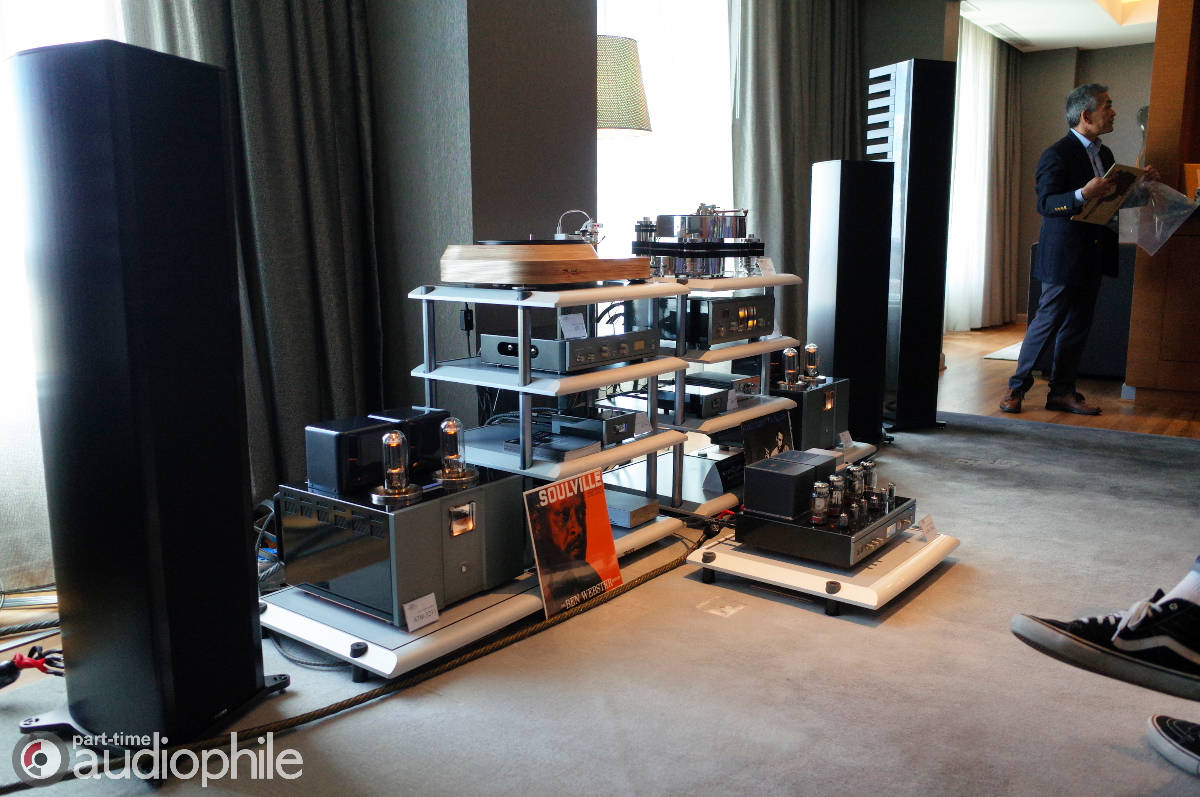 Can I just say it was “stupid good” and walk away from the keyboard? Probably not. How does one describe something that has no real limits, be them frequency or placement. I couldn’t find fault with the system, or nail down an overriding character to the sound. Each track we demonstrated with sounded like it’s own design. The system imparted nothing of itself into the musical picture. Nothing was lacking in my opinion. Yes, for some there might have been the need to haul in a massive set of sub-woofers to rile up the lowest of the lows, but that would be fodder for the proletariat. This system was refined for the equally refined senses. 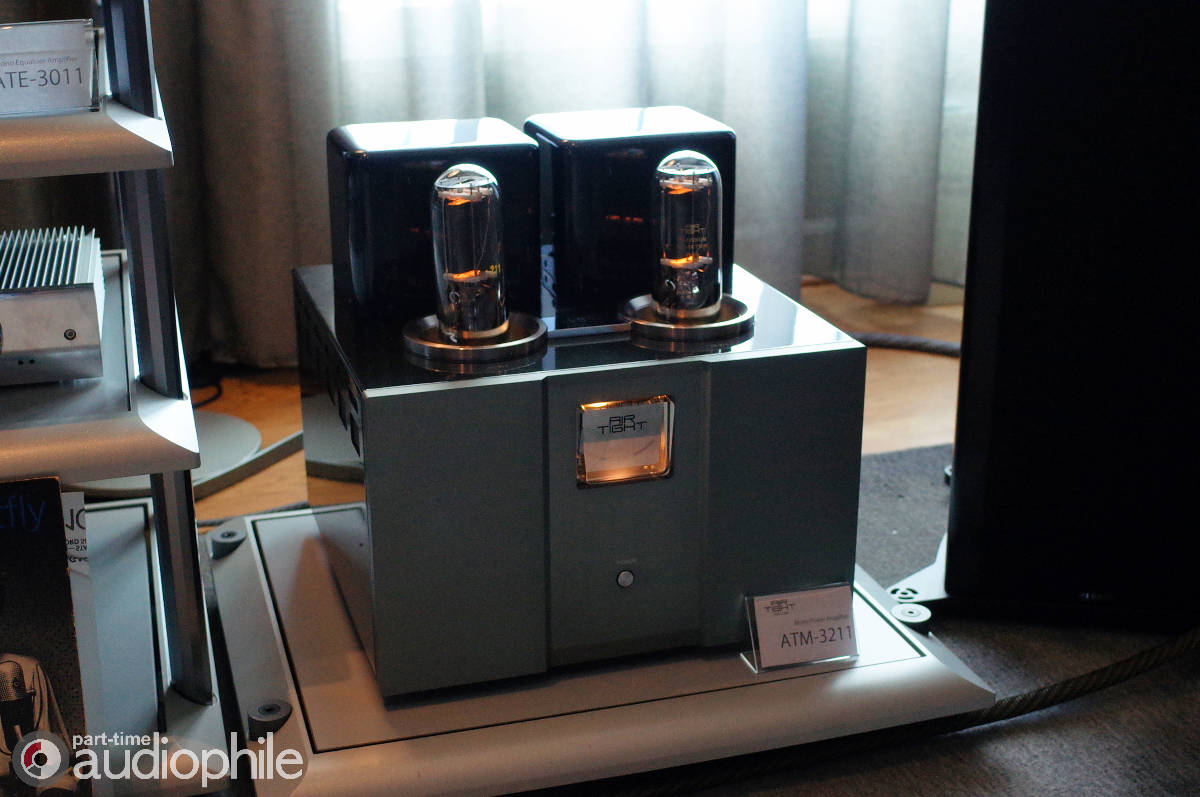 There’s big, and then there’s BIG. While details are still coming, and there’s nothing yet on the PS Audio website, regarding specifications or pricing, Bill Leebens, PS Audio’s Director of Marketing, intimated that the brand […]

The return of a legend: the Technics SL-1200 turntable

In a galaxy far, far away and many moons back, I used to spin records on various occasions, something between a DJ and a teenage radio producer. It was huge fun while it lasted and […]