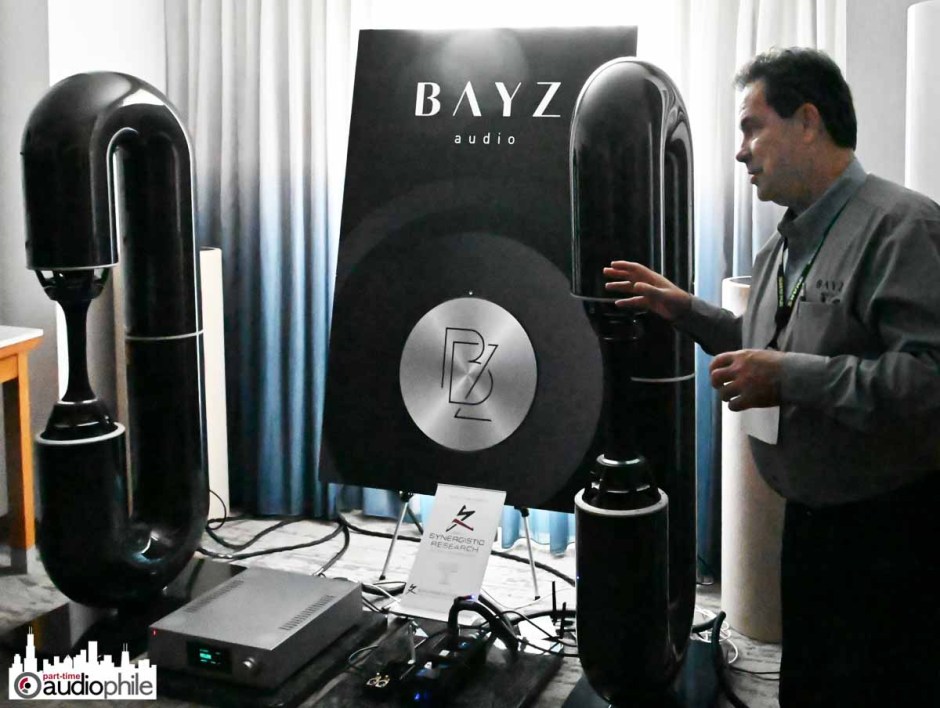 Big Audio shows bring companies showing off new technologies. One I came across was Bayz Audio from Germany.  As you can see from the pictures this is a unique speaker.  The opposing woofers fire into a pure carbon fiber tube that is reflex loaded (port out the back) tuned to 24hz. The opposing woofers cancel out any mechanical vibrations. The pure carbon fiber tube is naturally damped. The only thing moving is the sound pressure wave reaching the ears. There is a solid granite base to keep all well coupled to the floor and upright.  Frequency response is 24hz to 22khz at a 94 dB efficiency.  Even with this high efficiency, they are recommending a minimum of 50 watts. Impedance is 4 ohms. There are no US distributors yet and the cost is in around $94k 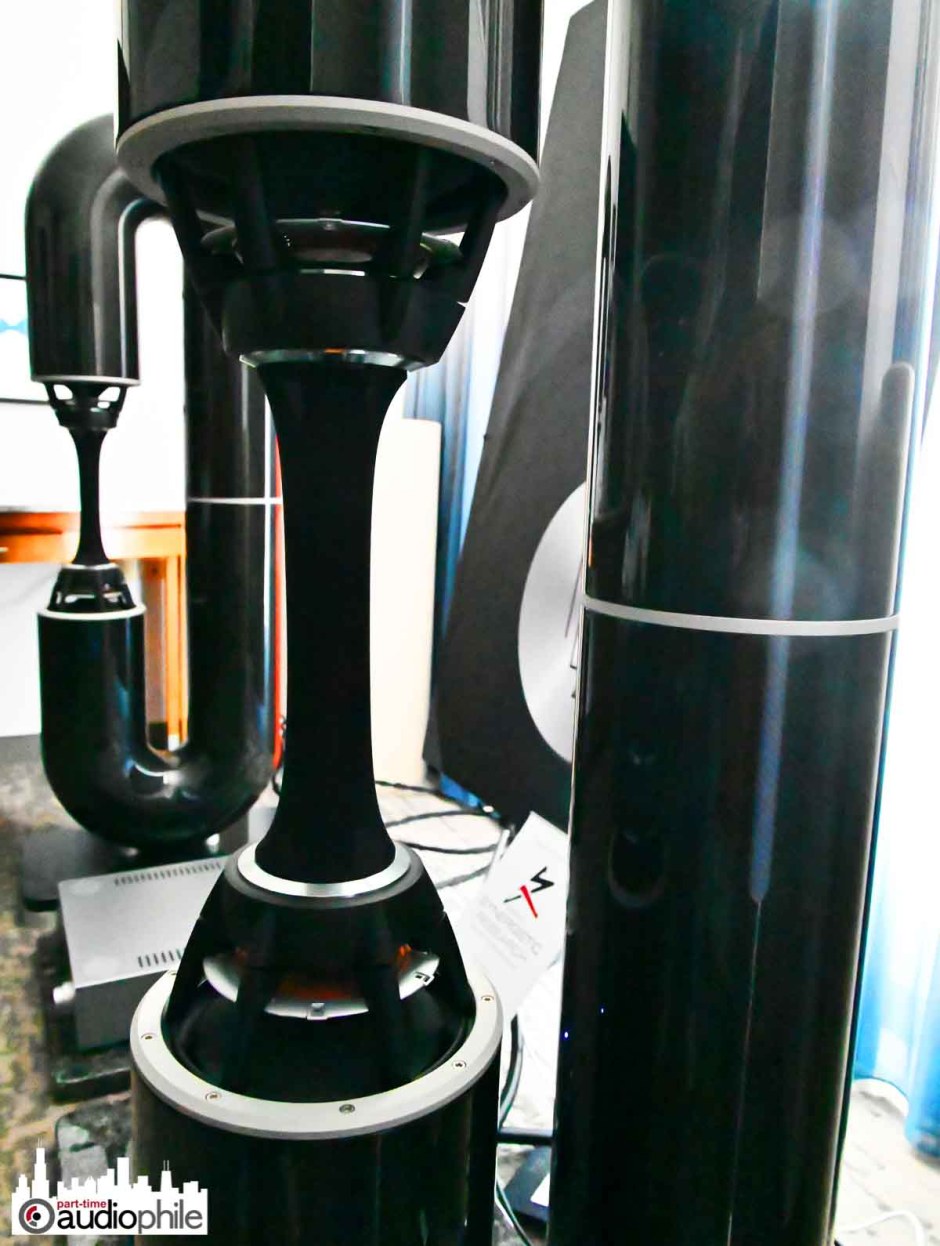 This is an omnidirectional speaker with a cylindrical tweeter “suspended” between the two woofers. I have always found that omni’s are quite seductive. While the imaging was not exactly pinpoint, I heard an image as big as the room. 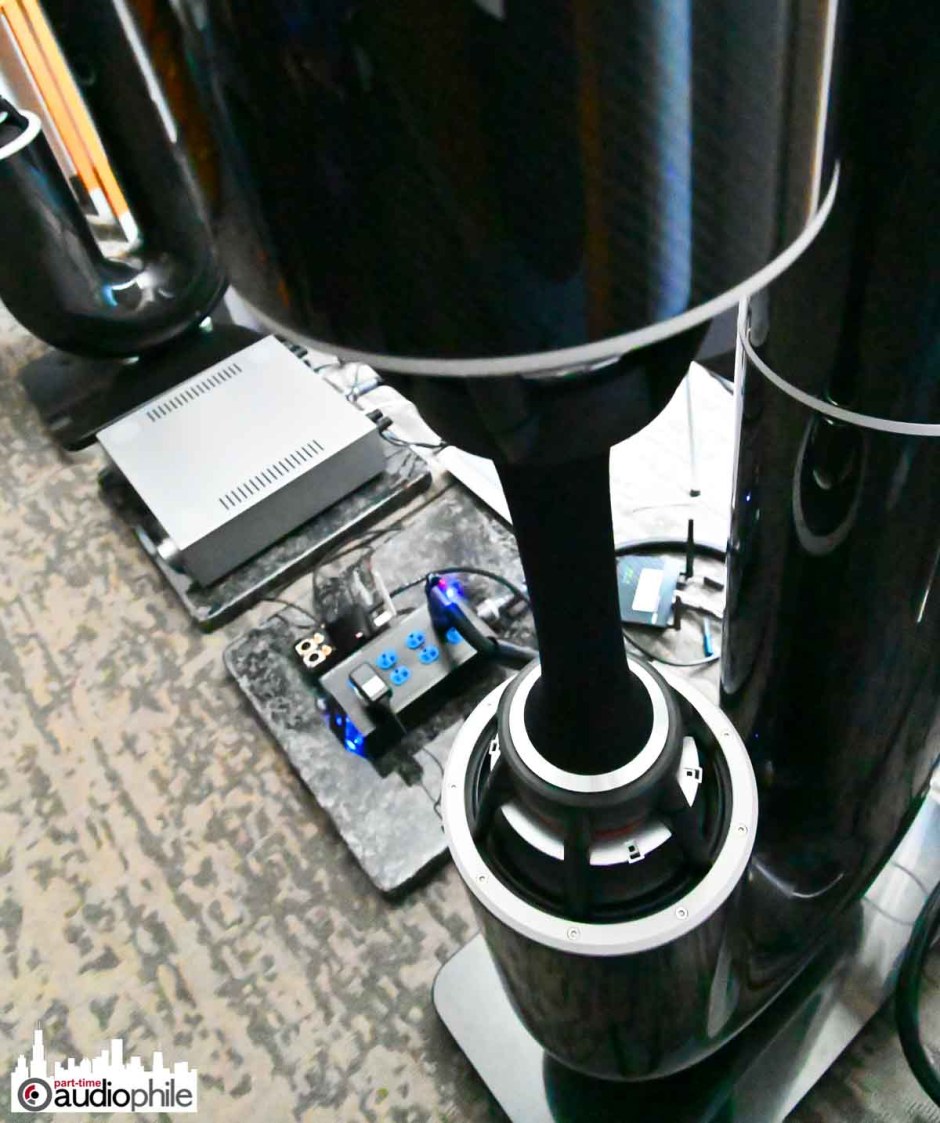 The patented tweeter deserves some ink.

“The BRS (Bay Radial Speaker,  designed by founder Zoltan Bay) is actually a cylindrical membrane surface capable of changing its diameter, made from a special material, which creates sound by pulsating in the direction of radiation.
This is a revolutionary new radial loudspeaker, which is protected by patent in numerous countries around the world. Its uniqueness does not only come from its radial sound projection ability, but also from its outstanding sound quality.”

What I learned from the demo, the tweeter not electrostatic, but more like a planar in cylindrical form.  There is a magnet down the middle, and the membrane is conductive.  The signal is presented to the membrane and it is attracted or repelled by the magnet producing a sound.  Quite an accomplishment.  I liked what I heard — it was not overbearing as one would expect from such a large speaker in a small hotel room.  Very cool. 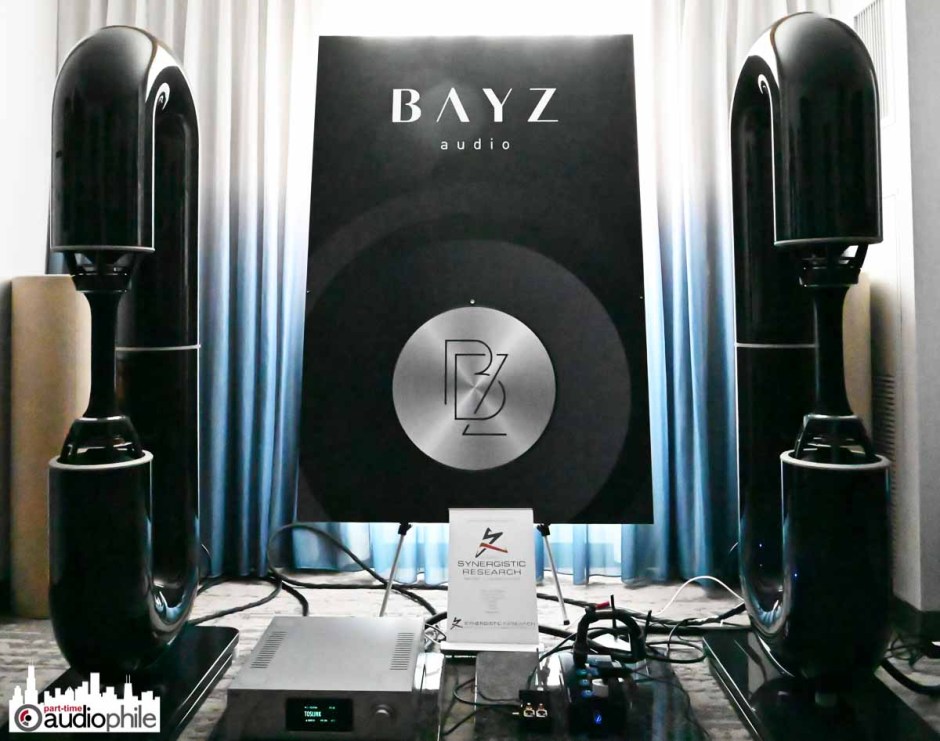 Audio shows can be a strange experience. No, I’m not talking about catching a frightening glimpse of yours truly, shakily down on all fours, getting a close-up photo of an XLR jack. I’m referring to […]

Bowers and Wilkins is introducing a new product during COVID-19 with the addition of the new Signature 702 and 705 loudspeakers. The Signature series has been a long tradition at B&W dating back to 1991, […]