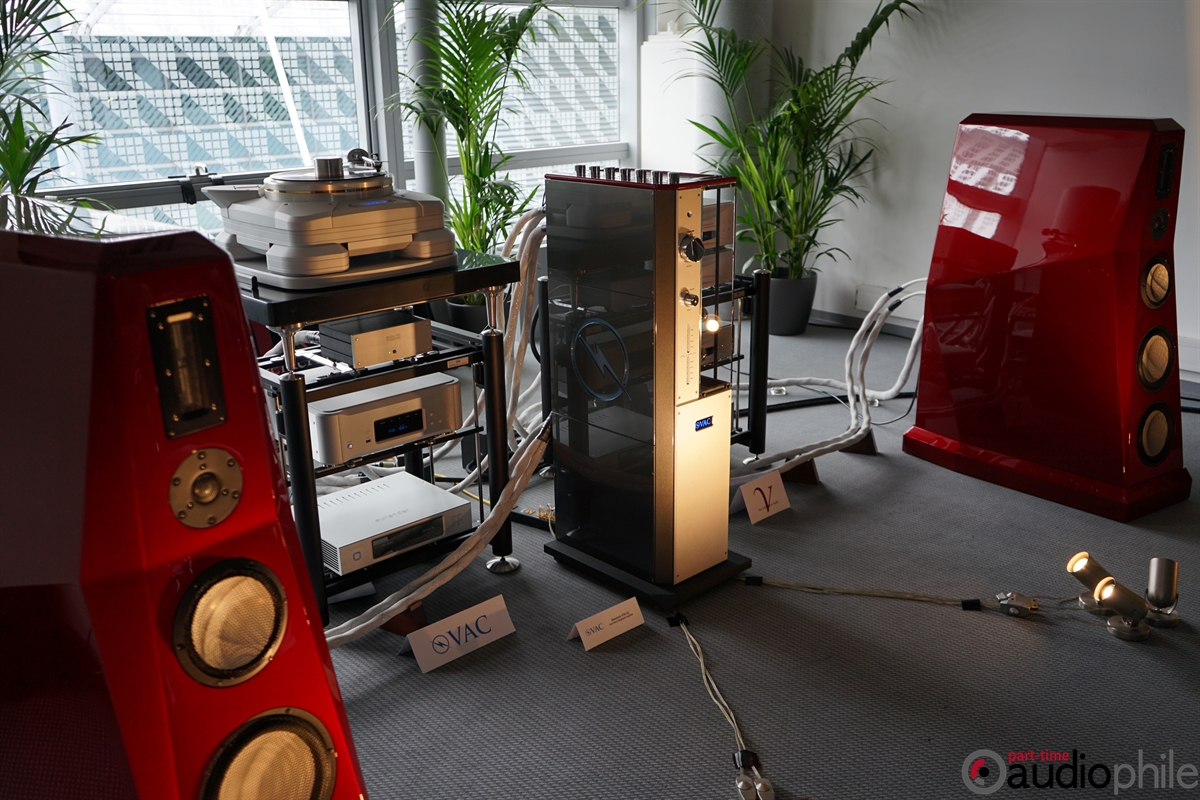 Decided to start my coverage with a big room, one of those all-out assaults (or close enough); this is what Munich offers after all. You see, visiting Munich evolved in recent years, no more a plain consumer’s show and more of a continuous show off of what each manufacturer is capable of. The Audio Company had Von Schweikert (website) bring the … modest … version of their flagship speakers, which were covered a couple of years back from yours truly. Now, the Ultra 11 retail for $300.000 while these Ultra 9 cost “only” $200.000! A bargain? 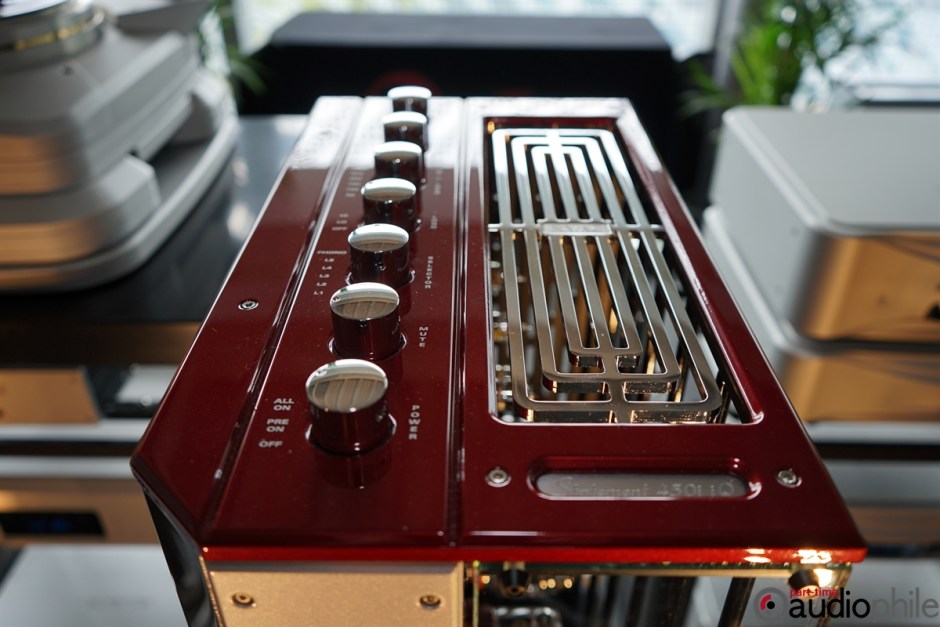 New and rather different, as in out of the box different, was the Statement 450iQ integrated amplifier from VAC (website). If you have an idea of what an integrated amplifier looks like, then you are so wrong. This is a form follows function design, as Kevin Hayes explained to me, the input to output path follows a “J” pattern for minimum noise pick up and maximum efficiency when it comes to circuit topology. Up to here nothing special you might think but this is a behemoth, standing some 3ft tall and weighing in something like half a ton. The 450iQ is not yet listed on VAC’s page but the retail will be $150K, so yes, not exactly the integrated for an audiophile on a budget. Then again this is an all-out assault and you wouldn’t expect the gorgeous Von Ultra 9s to be paired with anything less than a stellar amplifier. On the bright side, with such an integrated you don’t need extra interconnects to run from your pre to the power amps and even more importantly there is a truly exceptional tube phono stage built in. 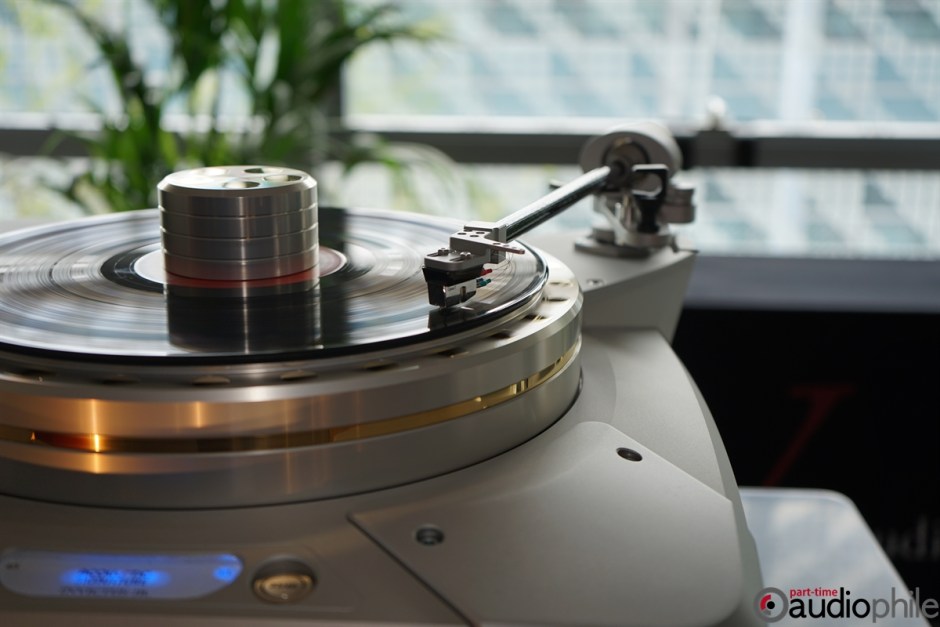 For this being a showroom, it was one of the best systems from this year’s show, with a very smooth yet detailed sound with no fatigue whatsoever. A typical Von Schweikert wide-open soundstage came together with enough bass to shake the room. The analog front end was an Acoustic Signature Invictus Jr turntable with Air Tight Opus 1 MC cartridge, another 100K there, while on the digital the guys were using Esoteric Grandioso mono DACs/ transport/ network player with Masterbuilt cables and finally Artesania racks.

All in all, we are north of $600K, so yes, this is a system designed to play in the big league and it does so by bringing one of the widest soundstages, a detail retrieval second to none and enough bass to shake even the biggest of the rooms. 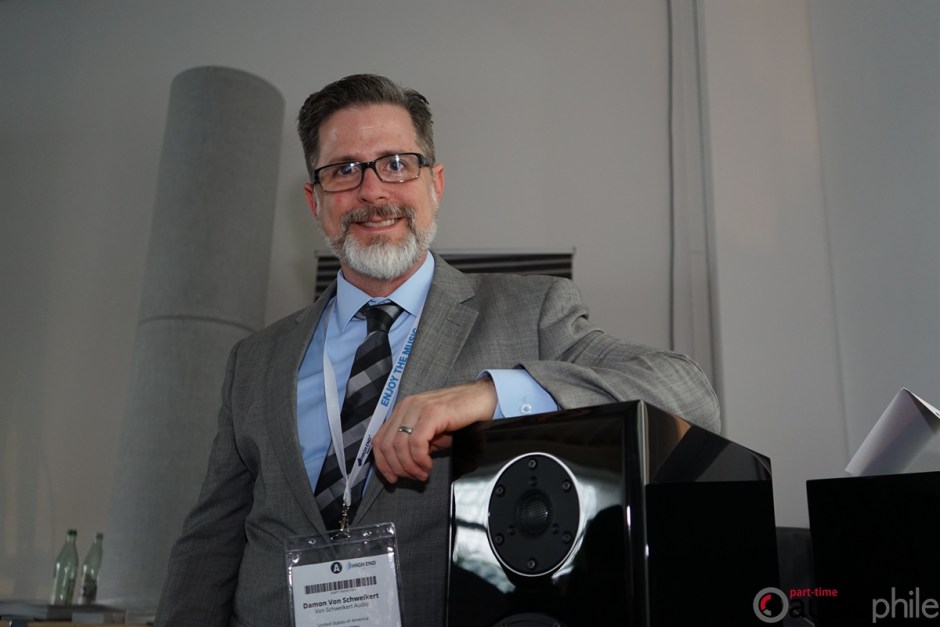 The 2019 High End Munich show went as expected and that translates into many big and interesting rooms, lots of new proposals coming from some 500+ manufacturers along with beer and pork-knuckles a go go. […]

Overture Audio Home Theater brought a surprisingly sophisticated system to the 2019 Capital Audiofest–surprising since all this amazing gear was featured in one of the smaller rooms upstairs and not in a downstairs conference room. […]