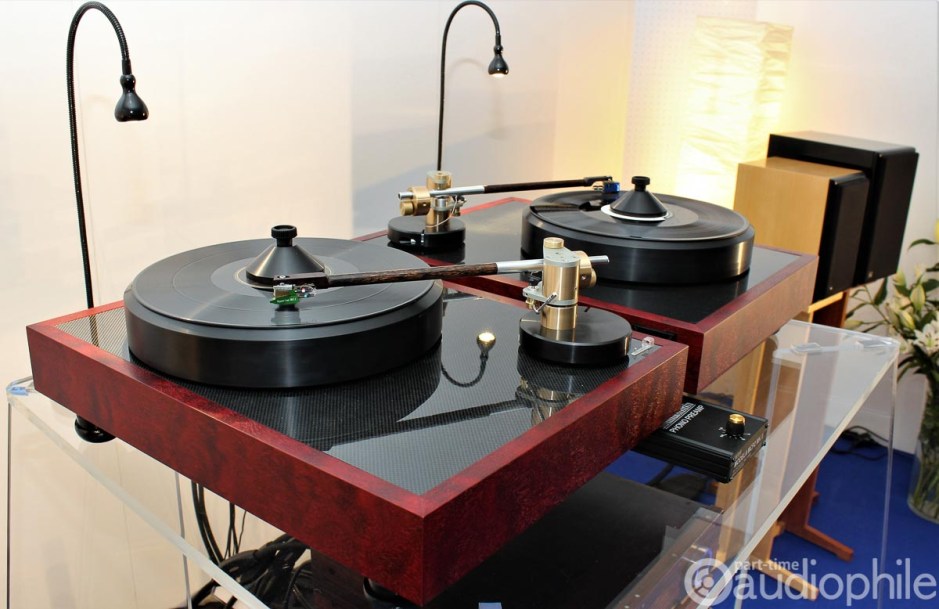 It must be hard to be Peter Ledermann of SoundSmith. When Scot Hull and I approached his booth at High-End 2019, he was getting ready to leave because he had to give a talk at the Kollege on “Why Analog Is Digital and How to Fix It.” He asked us to please come back later. When I returned early the next day to cover the SoundSmith room, he had a line of people waiting to speak with him. If you know Peter, you know he’s one of the kindest souls in the world–but you still want to keep out of his way because there must be so much to do when you’re the SoundSmith. I really need to make an appointment with him next time!

The SoundSmith room inside the booth featured a system that was somewhat similar to the ones I heard last fall at Rocky Mountain Audio Fest and the Capital Audiofest. He had two nearly identical handmade STST turntables running, both with Schröder tonearms–Peter has been working with Frank Schroder for years and will soon offer the Alto tonearm, a joint project, for $5999. These STST tables, which will soon be distributed by SoundSmith even though they’re made in very small numbers, were equipped with the Strain Gauge cartridge (from $8599) and the Hyperion Mk. II ($7995). His visually stunning Signature SG amplification was glowing and blinking and casting its spell on the room. Finally, the coup de grace, for me at least–Peter’s diminutive two-way bookshelf speakers, the $7995/pair Monarch and the $5995/pair Dragonfly, filled that small room with absolutely glorious sound. 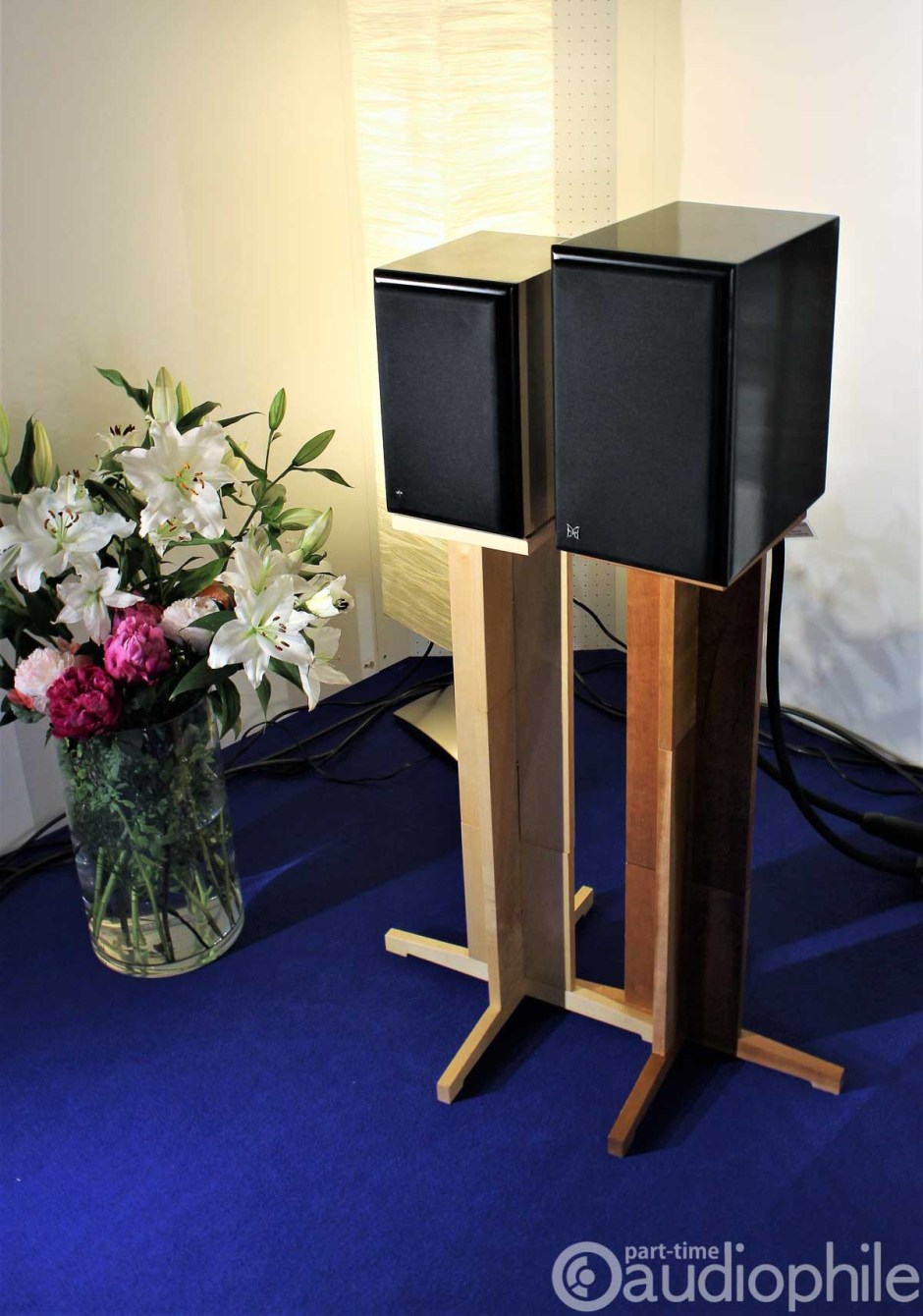 I’ve mentioned this before, but I’ve been smitten with SoundSmith speakers for a long time. I’ve always thought they sounded extraordinary and completely out of character with their modest appearance. Peter’s set-up at High End 2019 was no less impressive. My notes consist of a single line: “Spectacular, as usual.” I stopped there because I knew I would memorize everything about the sound in the room. While Peter’s Signature SG amplification is far from inexpensive since Peter builds each one by hand, the way they coax an incredibly high level of performance from these small two-ways is mind-boggling.

The specs on the Monarch list a frequency response of 47 Hz to 22 kHz, but that doesn’t seem to tell the whole story. The Monarchs always create the illusion of a much larger speaker, one that really mines the low frequencies and comes up with multiple layers of energy. Peter does like to set the Monarch and the Dragonfly speakers close to the back wall in his rooms, and that may be part of the secret, but I usually find that kind of positioning to compromise the soundstage depth–even when the speakers are designed to placed like that. With the Monarchs, I heard a big, easy sound that instantly won me over. I’ve had that feeling many times before, every time I’ve entered one of Peter’s rooms. I come in, I sit down, I listen, and I leave in a daze. Maybe one day we’ll be able to sit down and talk with Peter, once the lines have gone down. Until then, I’m just happy to listen.

Big news today from JD Events, the organizers for the AXPONA show. AXPONA MAKES THE RENAISSANCE SCHAUMBURG HOTEL & CONVENTION CENTER ITS PERMANENT HOME AND MOVES TO FALL FOR 2020 AND BEYOND SCHAUMBURG, IL (September […]

RMAF 2017: Bang & Olufsen’s BeoLab 50 goes boldly where no speaker has gone before

Sitting in the darkened SmartLife Audio Video room at the Rocky Mountain Audio Fest, I had a flashback to “Star Trek: The Wrath of Khan.” In the film, which I’d just watched again a few […]