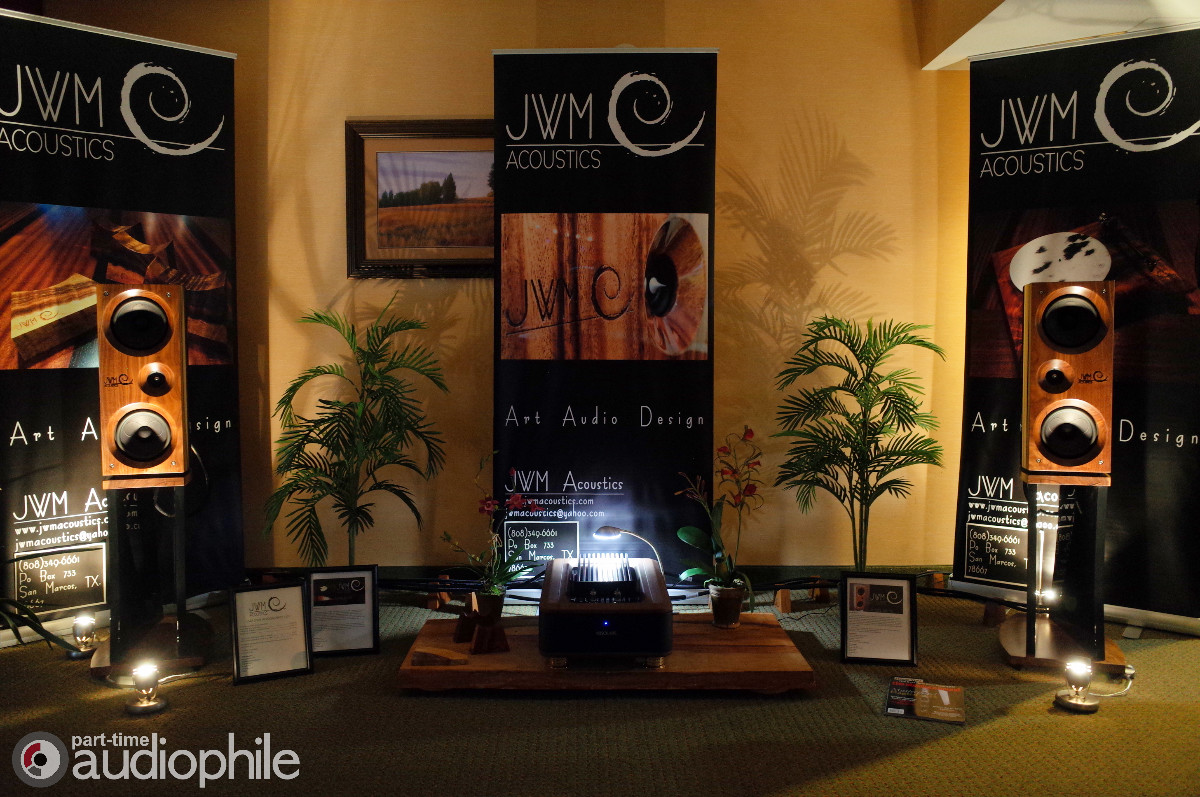 DALLAS (PTA) — JWM Acoustics, along with some of their regular show-going cohorts, demonstrated the newest iteration of JWM’s award winning ALYSON loudspeaker at the Lone Star Audio Fest in Dallas, Texas.

It’s been almost two years since I’ve talked about JWM Acoustics, as it was during RMAF 2017 (read here) that JWM founder Joshua Miles was making a proper splash in the hi-fi industry pool. It was there at RMAF where he was showing strong — and winning hearts — with his JWM Alyson AML II Large Monitor loudspeakers ($8,500 USD). The Alyson platform started out as a near-field monitor — hard to believe considering what we know now — with roots firmly grounded in studio monitoring. The Alyson AML II befuddled the critics, and became an instant wonderment for all who submitted to it’s large and loud floor-standing-like performance. As convincing and faithful the Alyson AML II is, there is still more that can be achieved with the Alyson architecture. The time for updating and surpassing expectations has arrived in 2019. 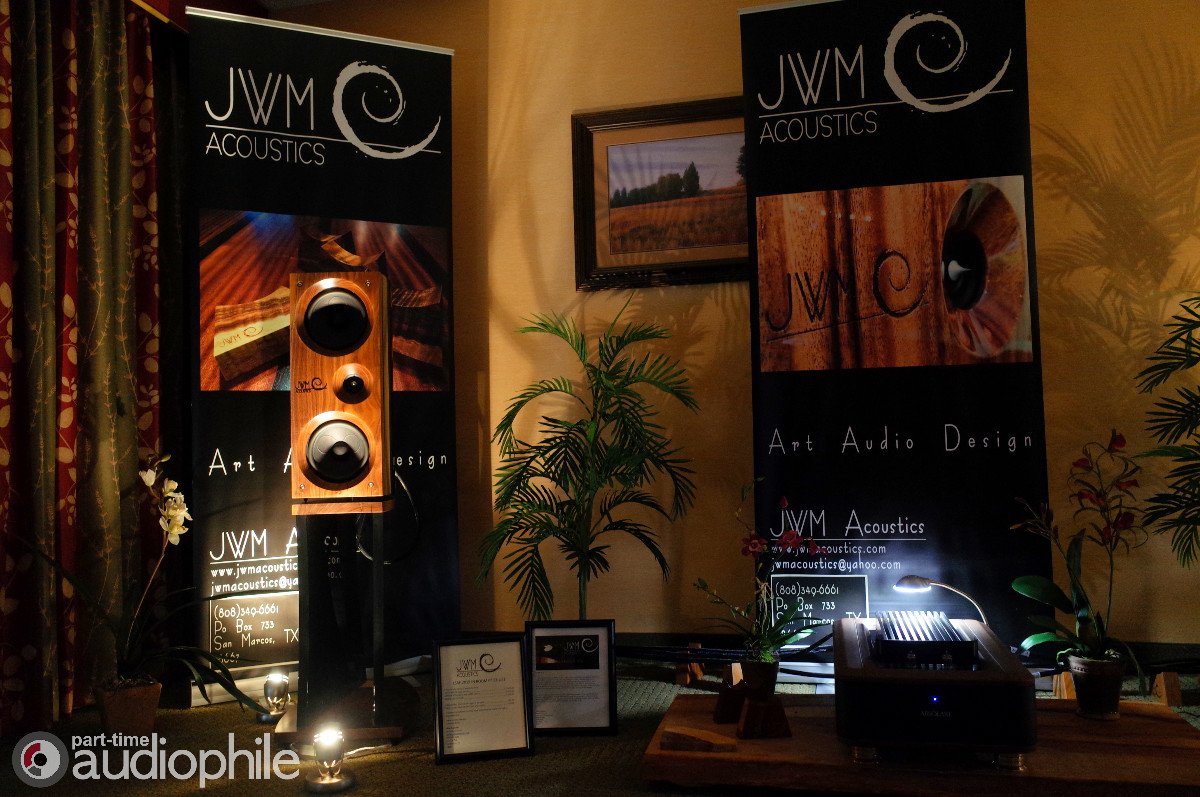 Enter the new Alyson AML SE (special edition) monitor. Cosmetically identical to the Alyson AML II — which is still in production, and not being replaced by the new SE model — the Alyson AML SE upgrades the entire design from the ground up. Doing this by means of looking backwards to what made the Alyson as a studio monitor so well loved by producers and engineers over the years. To achieve this, the cabinets of the new Alyson AML SE use substantially more Paulownia wood than in previous Alyson AML models. Paulownia wood is a lightweight yet proportionally strong wood, more widely used in the body of stringed instruments, most specifically throughout Japan and Asia. Paulownia is highly regarded for its tone — hence it’s appeal for use in resonating stringed instruments. In keeping with the philosophy of JWM Acoustics, Paulownia wood is a sustainable product material that is not listed on any endangered species lists.

Also updated in the Alyson AML SE cabinet design is the multi-layer materials used in the front baffle, or better yet — sub-baffle. Behind the pretty wood used of the front baffle, is a layer of high-strength carbon fiber, and then more Paulownia wood. This increases the rigidity of the foundation to which the drivers are mounted, and represents the first point of contact for driver resonances to interact with the overall cabinet body. The “standard” AML II uses a sandwiched sub-baffle configuration that containes Maple, Paulownia, and MDF. No carbon fiber for you!

Electronically speaking, the new Alyson AML SE receives and entirely unique crossover, built from upgraded parts and a new internal wiring versus the AML II. Here it should be noted that JWM Acoustics will use any brand or type of wire in the construction of your Alyson AML model. There has always been that custom “have it your way” freedom when buying a system component from Joshua Miles. Driver complement for the AML SE is carried over from the AML II, however the driver modifications that are typically performed for the AML II models are now implemented to much higher degree.

Normal lead times for the Alyson AML II are stated on the company website to be between six-to-eight weeks. The Alyson AML SE more often requires a full ten weeks to produce due to its extensive cabinet, crossover, and driver upgrades. For current AML II owners, there is a path to upgrading (or trading in) for the new AML SE, just contact Joshua Miles at JWM. 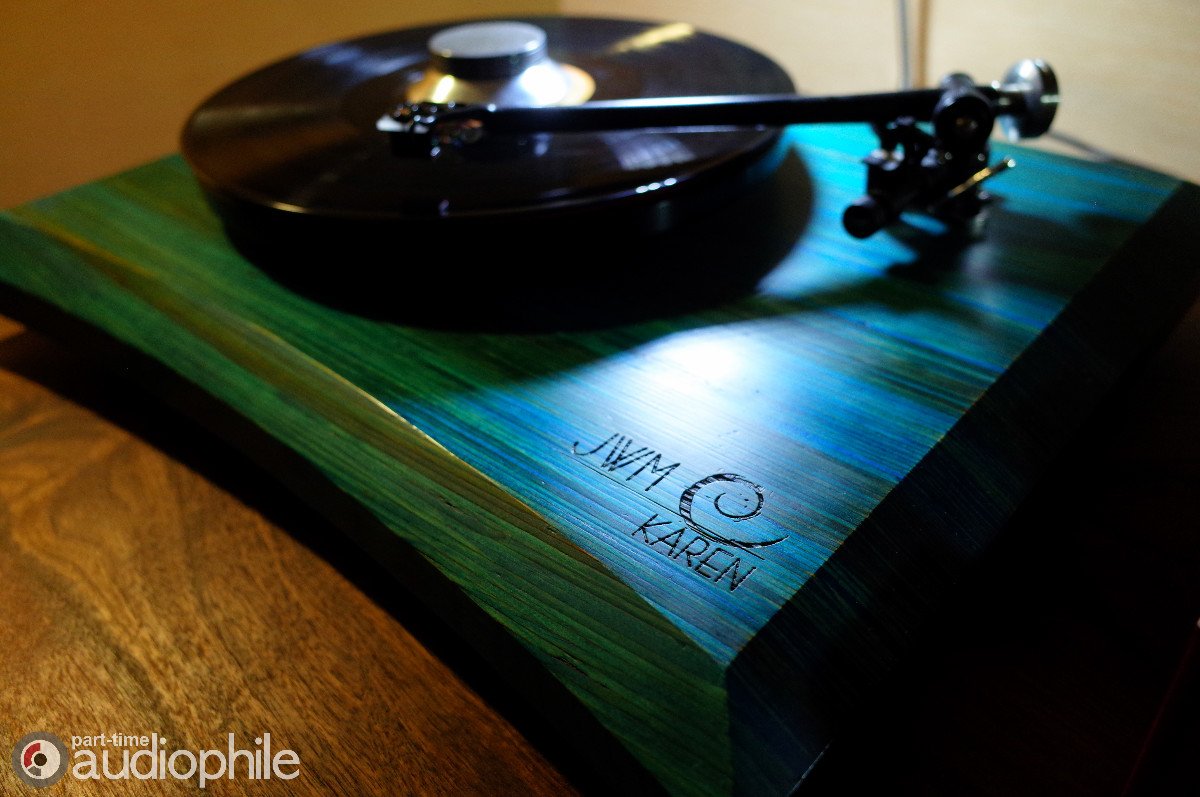 The Alyson AML SE continues to carry the torch of the JWM Acoustics house sound, which comes from its pro-audio history. The immediacy of the subtle horn shaped wave-guide baffle is apparent, along with the accuracy of the direct radiating drivers. This characteristic could be said to have been previously achieved throughout the entire Alyson platform, but now with the transition of the cabinet design to reflect more of what JWM’s studio designed cabinets did to work with cabinet resonances instead of fighting them — the Alyson platform has a new life, and identity with the SE.

The new Alyson AML SE cabinet isn’t the ultimate in inert foundations that the AML II is. This in some sense eschews the usual audiophile loudspeaker philosophy of eliminating all back-waves and deadening the cabinets to react to those waves like the cliffs of Gibraltar. Instead, the new AML SE cabinet works more like a musical instrument to compliment the back-wave and create that studio sound which is more in line with what made the Alyson platform popular from the outset.

The AML SE has taken the resonances and put them to good use, allowing the overall bandwidth of the speaker to be wider. The use of upgraded crossovers and wiring have made tremendous steps in presenting more depth and better imaging all around. Gone is the laser-beam-like sweet-spot, replaced by a sound-stage that is friendlier to larger audiences. The stage from which music is presented is now larger and more full of specific out-lined detail. Over the years I’ve heard many esoteric monitor speakers, most aiming to be “better, costlier, and more refined” — and yet with my return to the Alyson AML platform in this SE configuration, the Alyson remains one of my show-going favourites. 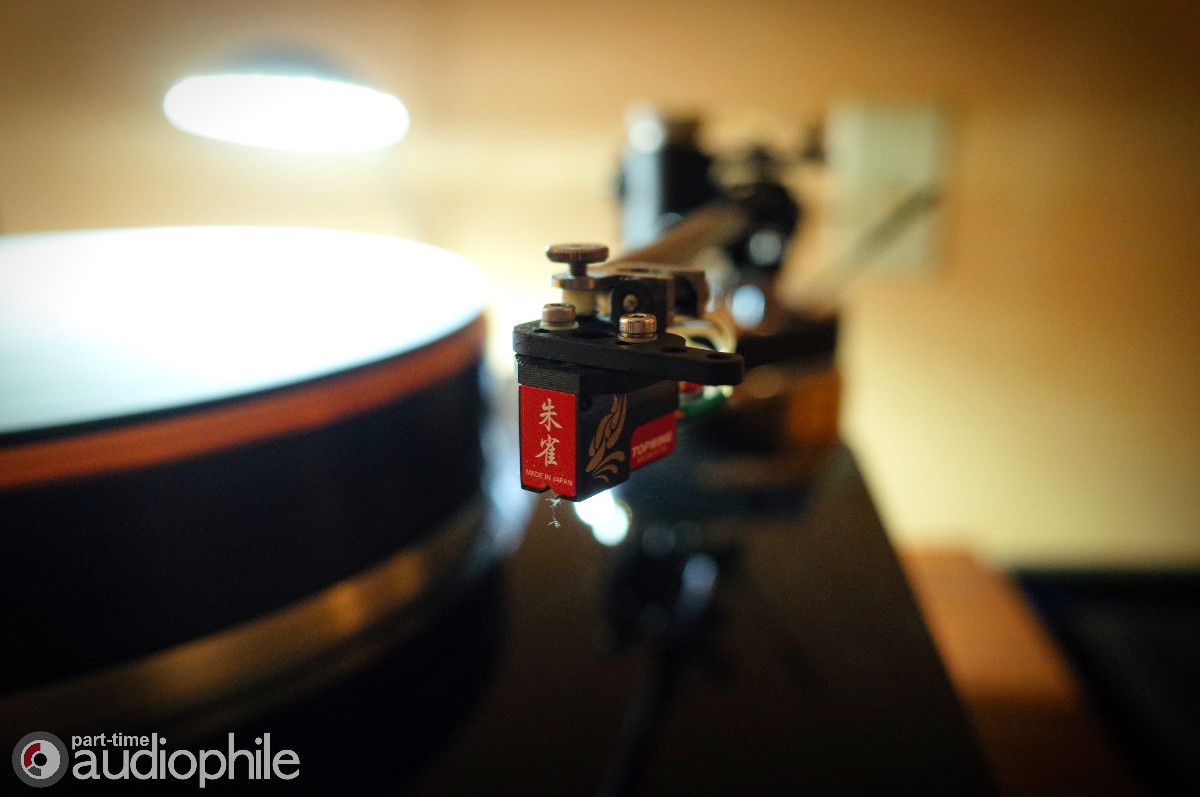 Longtime Japanese moving-magnet, and moving-coil cartridge manufacturer Sumiko has announced a full-scale assault on the state of their art with six new pick-ups being launched. Having heard their Blue Point No.2 , and Blackbird cartridges […]

CHICAGO (PTA) — Under sworn-secrecy and via a private-text-message, I was invited to partake in a time-sensitive meeting with Magnepan marketing manager Wendell Diller. The meeting took place in an unmarked and un-promoted location at […]