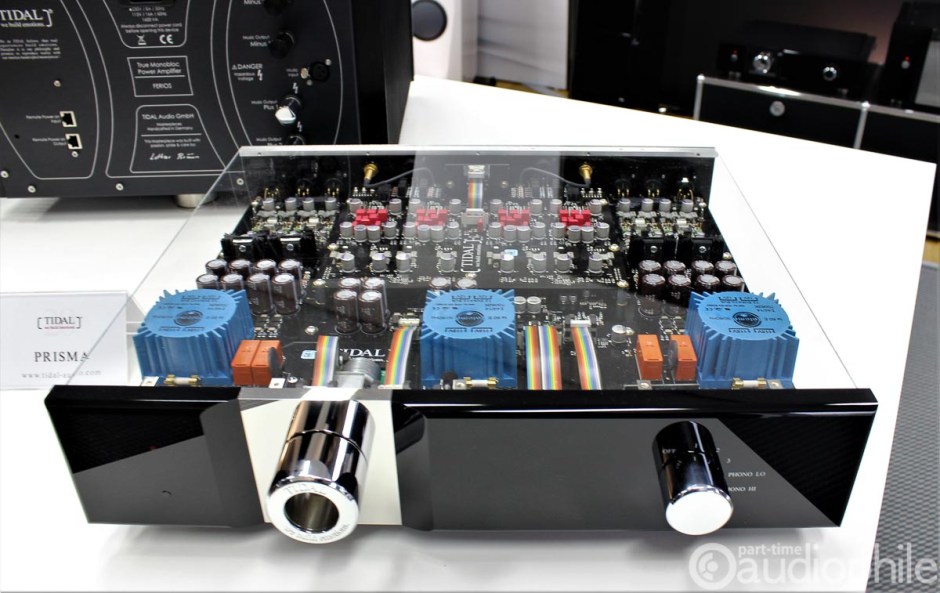 Spotting a pair of Tidal Audio speakers out in the wild is rare enough–these fascinating transducers from Germany redefine the art of speaker design in so many ways, something that keeps them far from mainstream exposure and ubiquity. I’ve reported on a few high-end audio trade showrooms over the last few months that have used Tidal Audio speakers, and the sound has never been less than a stunning and effortless display of ultimate resolution. I didn’t have that experience at High End 2019 in Munich, but I did witness something equally as impressive: the sight of all the Tidal Audio products in one room. That means amps, preamps, the Vimberg line…everything. 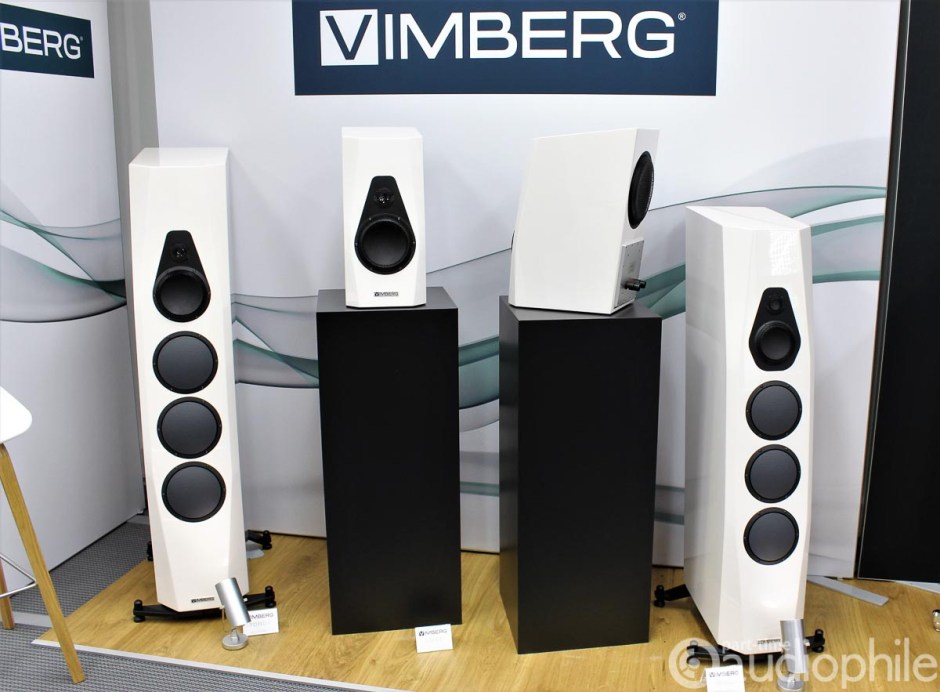 The High End 2019 room wasn’t quite a static display–the “entry level” Tidal Audio system consisting of Piano loudspeakers, Preos preamplifier, and Impulse amplifier was playing, but at a relatively low volume. It was just loud enough to hint at the supreme sound quality offered by this manufacturer, but the lasting impressions this time were made by the sight of all this rare and beautiful equipment–everything from the new 2-way monitor from the Vimberg line, the Amea (around $14,000/pair) to a pair of gigantic Tidal Audio speakers that I didn’t know existed. 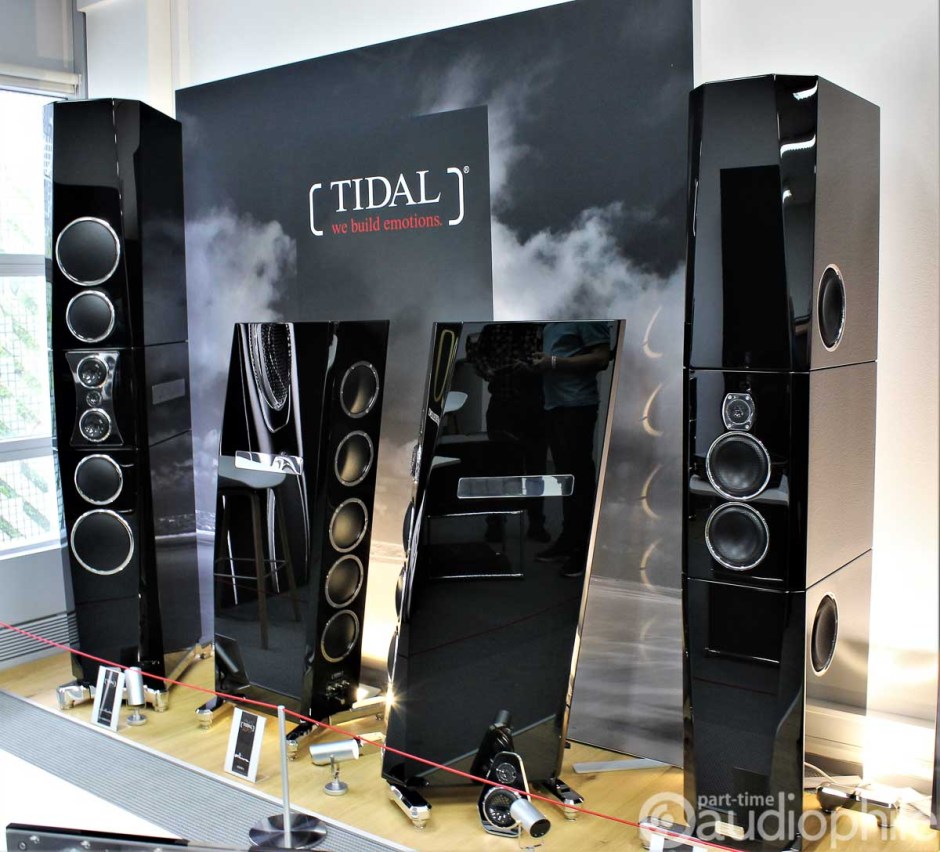 When I’ve seen Tidal Audio speakers before, I assumed that the models that range between $200K and $300K per pair like the Agoria and the Akira were the flagships, but no. Tidal included the massive, towering La Assoluta system that comes in at around a half million. My heart skipped a beat when I saw those beauties nearly scraping against the high ceiling of the display room. Yes, I want to hear these one day. Soon. 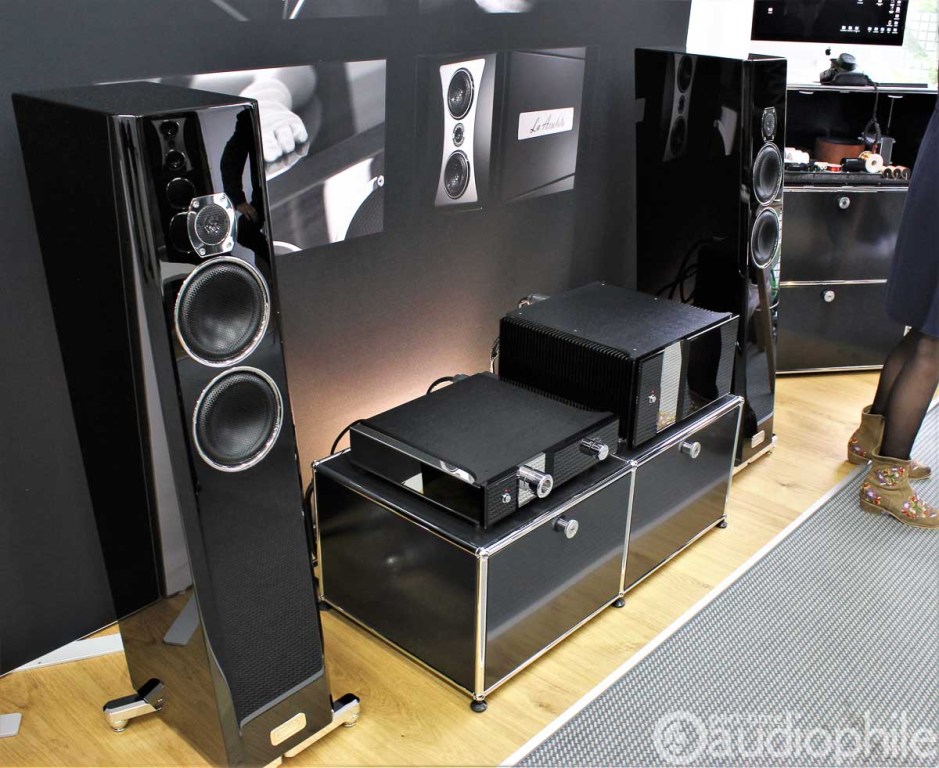 After High End 2019 closed on Sunday afternoon, Scot Hull and I had dinner with Doug White of The Voice That Is! Doug is one of the premier dealers in the United States, and much of that is due to his enthusiastic support of Tidal Audio and his ability to assemble some of the most potent exhibit rooms in the history of high-end audio shows. We discussed Tidal Audio, as well as the Vimberg Ameas, and I might have hinted how interested I was in those 2-way monitors since I’m a two-way kind of guy. In the meantime, I’ll be visiting The Voice That Is! in Philadephia on June 1 when Doug holds an event to celebrate the new turntable from Vertere, mated to a system using Tidal Audio. I can’t wait!

Melania Trump isn’t the only Slovenian export drawing attention this year. It turns out the country also is home to a high-end firm that makes speakers so beautiful they could share the runway with real […]

The MQA juggernaut continues to gather momentum with today’s announcement that the Universal Music Group has inked a multi-year deal with MQA to encode Universal’s massive catalog of master recordings. Those naysayers, and companies that […]

Have audiophile music streaming platforms given Amazon Music a road-map to improve their #3 position as one of the top three music streaming giants? RALEIGH, NC (PTA) — Amazon launched a new tier for their […]