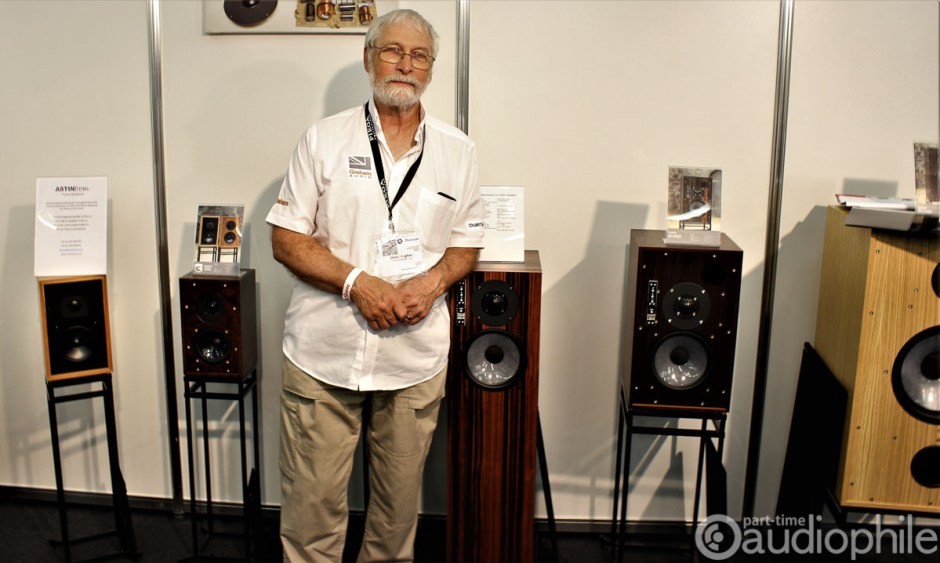 Sometimes I feel like I can spot a classic BBC monitor from a mile away, or in this case from across the main halls of the MOC at High End 2019. “Is that the Graham Audio booth?” I asked myself, seeing a collection of those familiar boxes with classic wood veneers and model designations like LS5/8 and LS5/9 and even, yes, the LS3/5a. I’ve been intrigued with Graham Audio for quite some time now, based on my love of British monitors. I’ve always wanted to sit down with a pair of Grahams and listen, but availability has been a little sparse here in the US, at least until I heard that Philip O’Hanlon of On A Higher Note is now the distributor. Guess who finally friended Philip on Facebook the moment he got back home? 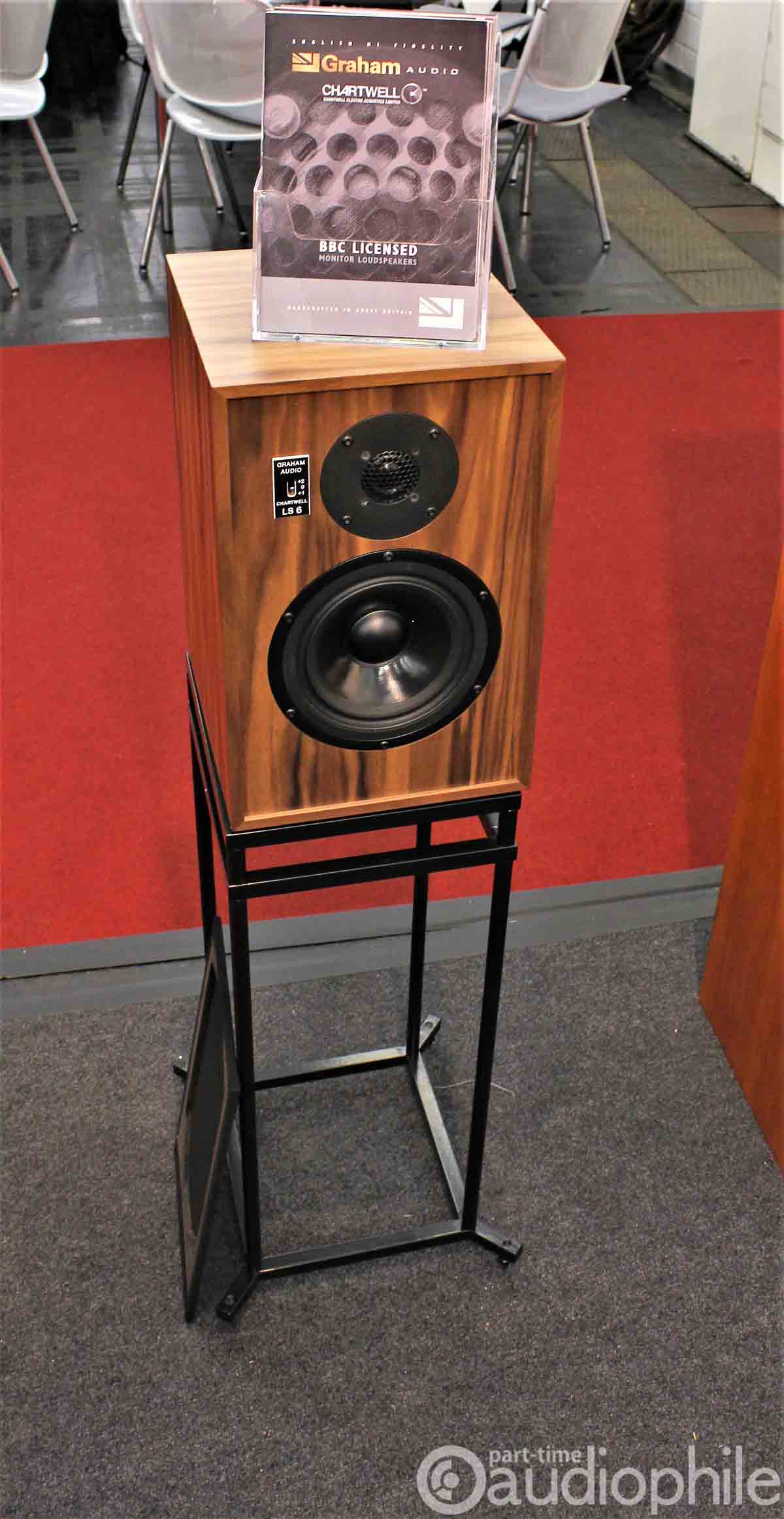 Seeing all those speakers in the flesh–or in the wood–was certainly a thrill, even though it was a mostly static display. I was treated to an even bigger thrill, however, when I spoke to one of the gentlemen running the booth and he asked me if I would like to meet one of my BBC heroes, Derek Hughes. Would I? (“Peg leg”, as Colleen would normally answer.) Derek Hughes, if you don’t already know, has been involved with BBC speaker design for 50 years. He started off at Spendor–he is the son of SPENcer and DORothy Hughes, of course–and he also updated the designs of the LS3/5a and the LS3/6 for Stirling Broadcast. He’s been working with Graham Audio for the last few years, reviving the LS3/5a, LS5/8 and LS5/9. 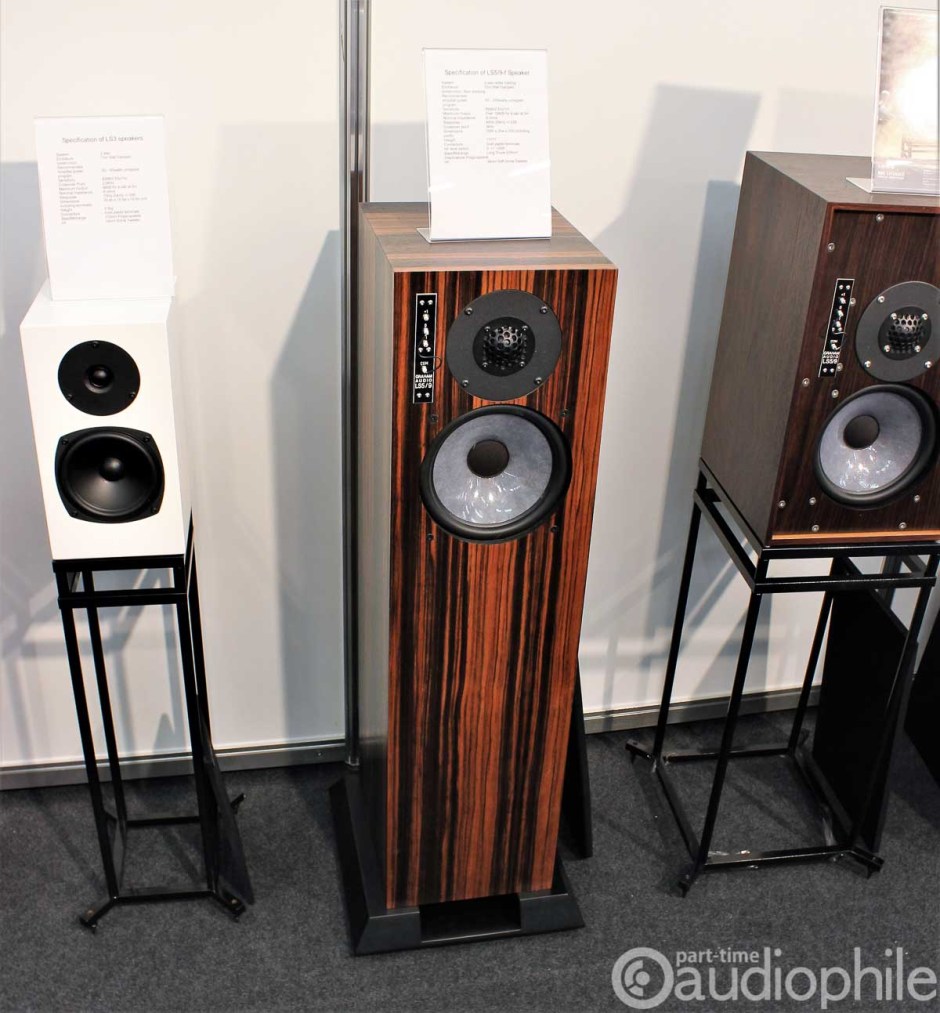 One of the highlights of High End 2019 was my conversation with Mr. Hughes. Did I say conversation? Perhaps it was more like me gushing about BBC speakers for ten minutes while he politely nodded his head. At any rate, he did give me insight into his work with Graham Audio, and even showed me a prototype of a new speaker, which will be dubbed the LS5/5 after one of the older BBC designs. The LS5/5 is an odd design, with a baffle that partially covers the larger drivers. Deep down, however, the 5/5 is very similar in design to the Spendor SP100–large woofer on bottom, smaller midrange driver on top and a tweeter in between. I couldn’t resist telling him that I owned a pair of SP100s for many years–I neglected the sad part where I lost them in a custody battle–and that I owned a pair of Spendor S20s before that.

The LS5/5s were playing there in the booth, but at a relatively low volume. As I said, they are strange in appearance but Mr. Hughes told me that the finished product will have nicer veneers that will be more appealing to BBC-obsessed audiophiles such as me. Now that I know Philip O’Hanlon will be at the upcoming T.H.E. Show in Long Beach next month, I’m making a point to visit him first to ask him more about Graham Audio in the US. Perhaps I will be less obsequious than I was with Derek Hughes, or perhaps I will make Philip quickly regret accepting my friend request. I can’t make any promises.

Everyone’s looking for giant killers in this hobby. I’ve always maintained that they don’t exist, that elusive component that gets the job done for an insanely low price. (I also maintain that the Law of […]

DSA stands for Dynamic Sounds Associates, but they might as well call themselves Dat is Super Awesome. Hmm. Okay. Welp, that’s probably why I never got anywhere as a marketing professional. Oh well. Never mind. At […]

When I signed up to cover dCS at High End 2019, I was thinking BIG DIGITAL. You know, a very expensive system in a big room with one, or several, six-figure dCS stacks. That room […]