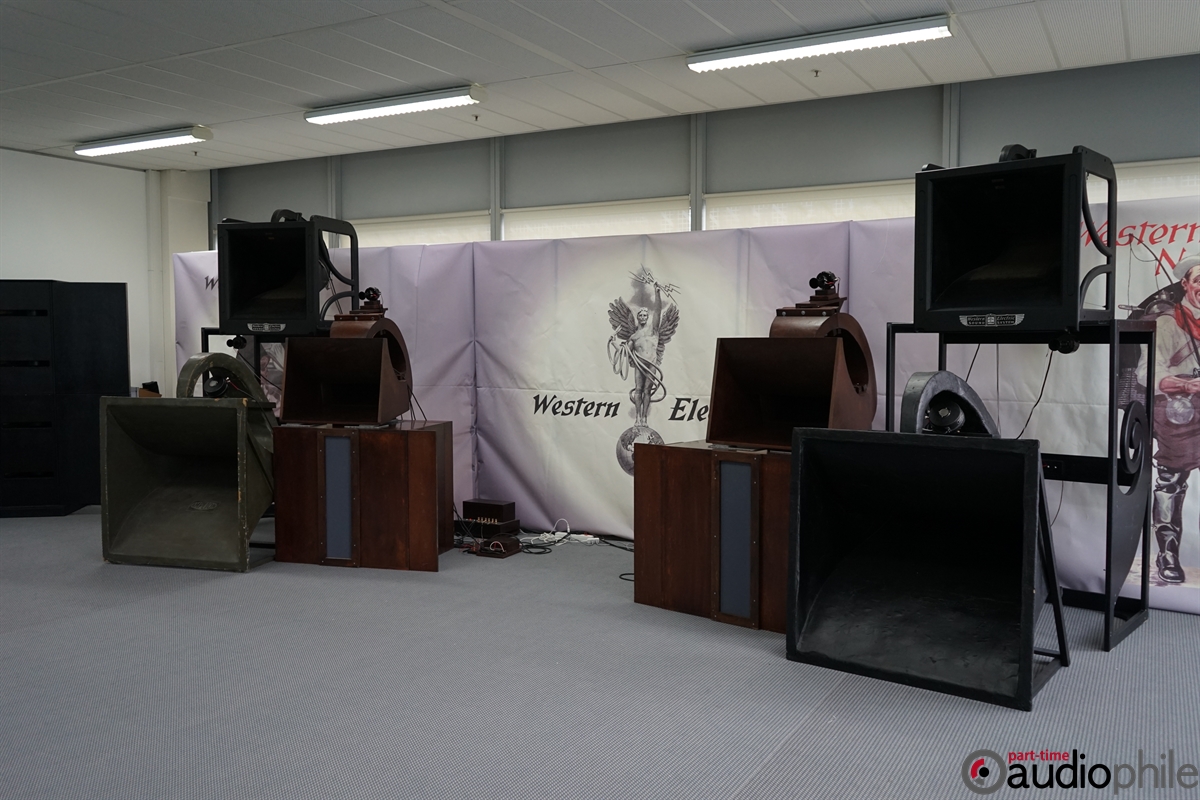 The 2019 High End Munich show went as expected and that translates into many big and interesting rooms, lots of new proposals coming from some 500+ manufacturers along with beer and pork-knuckles a go go. It was fan catching up with industry insiders and fellow journalists. It is also interesting to use such shows to re-calibrate your hearing against other reporters and see if you are on the same page when it comes to what sounds good, natural or not. With that being said, my best of show goes to Silbatone for that amazing Silbatone electronics and Western Electric & Racon/Amplion papier-mâché horn system. Back in Ancient Greece there was an army general election to be made and the candidate commanders all voted for themselves first and for Themistocles as a second option. Out of those second votes it was clear who was the better fit for the upcoming battle.

And this year in Munich, just like every year in Munich everyone had a “best” room but most of the guys and girls I spoke with placed as second best the Silbatone marvel. 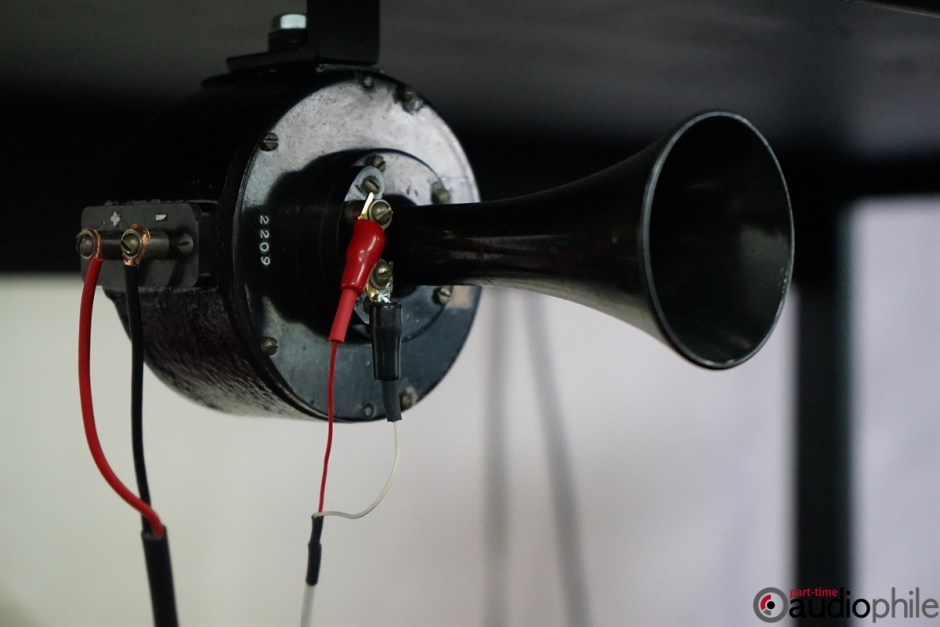 It is amazing how a small group of enthusiasts brings field coil speakers from the days of the black and white cinema and pairs them with state of the art tube, and this year hybrid tube/ mosfet amplifiers for such an incredible sound. Even if no-one else was suggesting that this was a must listen room I would still put it on top of my list for sheer goosebumps. And while the Racon/Amplion papier-mâché are 100% introvabilia (papier-mâché speakers meaning made from paper pulp, glue and usually small bits of tissue which translates into very fragile construction), the Silbatone electronics can be purchased and this year that hybrid amplifier designed around one of the earliest cathode tube designs ever was exquisite to say the least. 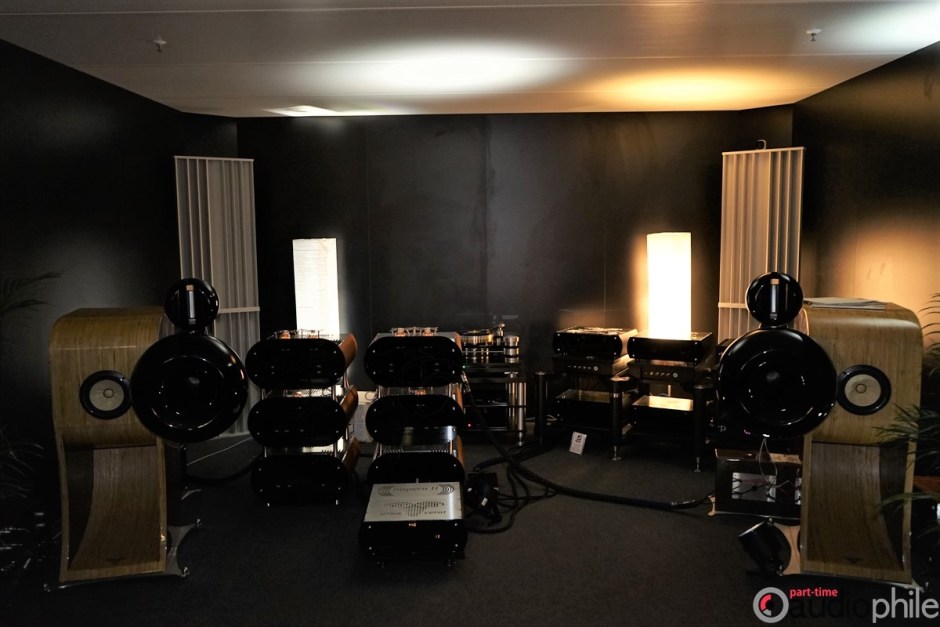 Going passed the Silbatone room, there was a good crop of exceptionally well put together rooms. The Von Schweikert – VAC who was Marc’s best of show, the Tune Audio – Trafomatic and the Aries Cerat, both these are horns that have made limited appearances in the US (a Tune Audio – Wavac room will be on display in the upcoming T.H.E Show in a few days) and among the almost affordable ones I can easily pick two, the Audionet – Dynaudio and the Vimberg – Lumin. 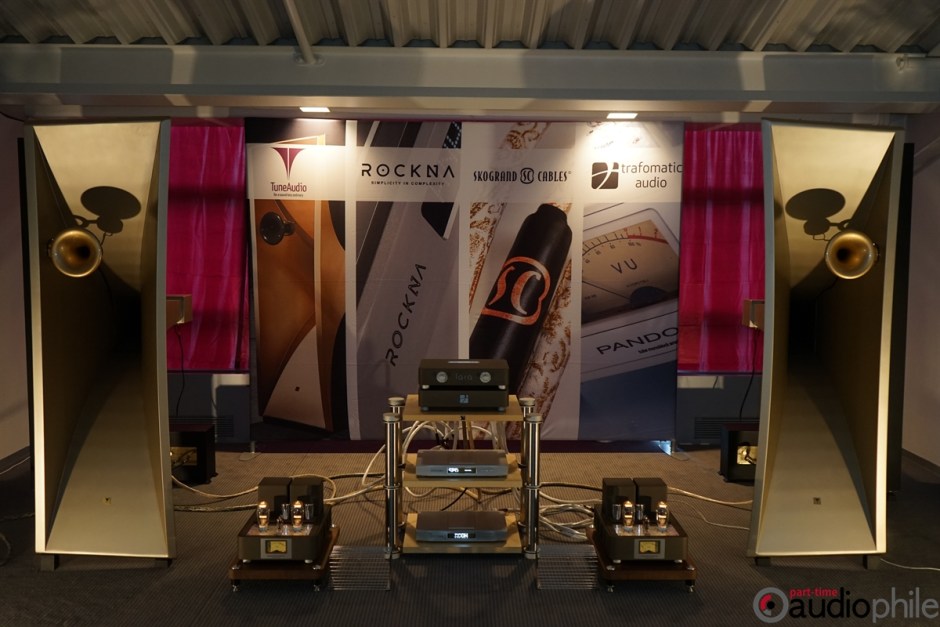 We don’t give a value for money award and it is hard to call a $100.K system as value for money but compared to the show’s average upper floor rooms both these systems were amazing well sounding, with no real shortcoming whatsoever. The new Audionet Humboldt integrated is a power house and played very well with Dynaudio’s latest Confidence 50 speakers while the Vimberg Mino speakers are nothing less than a pair of yesteryear’s Tidal speakers offered are a ridiculous price for the sound and finish. For high end standards the Vimberg models should sell like hot bread. 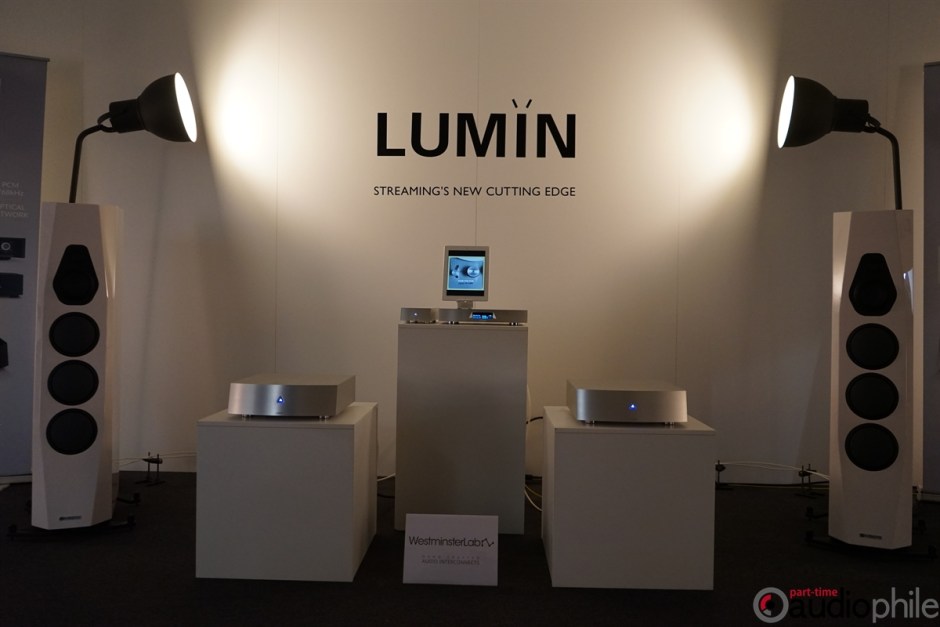 Among the most interesting introductions I must point out the new Borresen and Estelon speakers. Both these are priced similarly at 100K give or take (give is more like it) and both sound exceptionally well. I could very well live Munich with either pair in my suitcase, only they won’t fit. Is the 100K mark the new industry standard for high end speakers? I’m afraid so. Only a few years back with that kind of money one could put together a top flight rig, now it’s just a pair of quality transducers and probably another 100K for electronics. I won’t even go into the cables discussion where there appears to be a race on who makes the most expensive wrapped in silk and paved with diamonds designs.

So this was it for the 2019 High End show, until next year when the new industry standard will be $200.K do enjoy some music.

Acora Acoustics, maker of fantastic granite speakers from Canada, is certainly a rising star in the world of high-end audio. I’ve visited their room at three different shows, and each time I’m more impressed. At […]

The Voice That Is! Presents Vertere Acoustics

June 9, 2019 Marc Phillips Audio-Life Comments Off on The Voice That Is! Presents Vertere Acoustics

Dealer events and audiophile society meetings can be tricky when they’re held in hotel conference rooms–I know because I did my share of them over the last few years. These rooms tend to be big, […]