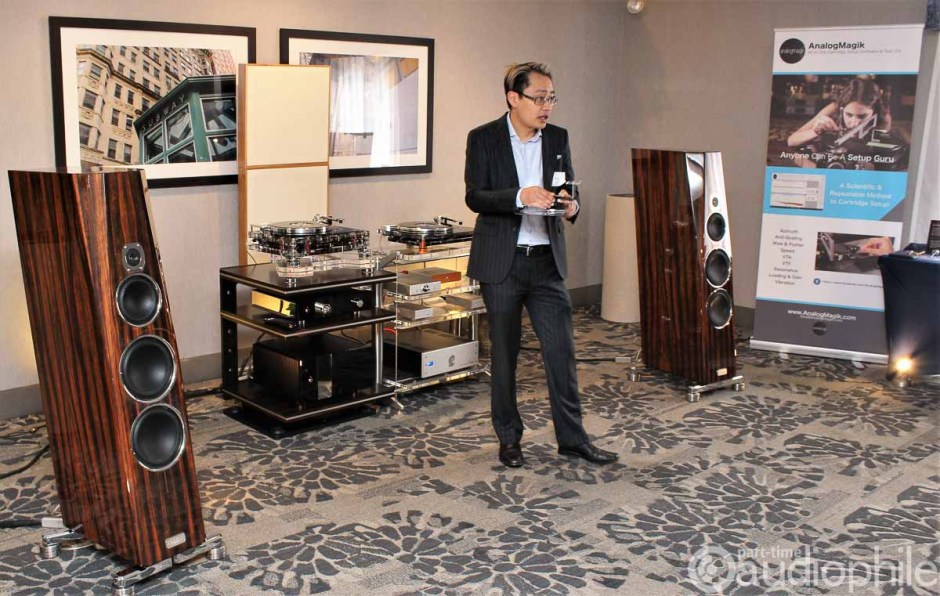 Dealer events and audiophile society meetings can be tricky when they’re held in hotel conference rooms–I know because I did my share of them over the last few years. These rooms tend to be big, with high ceilings, and they’re not exactly designed for acoustics. Usually you have a limited time for set-up, and you often panic about the way everything sounds until the crowd wanders in and everything sounds much better thanks to all those pliant, warm bodies in the seats. Then again, I’m not Doug White of The Voice That Is! If you haven’t visited one of Doug’s rooms at high-end audio shows, you’re missing out on the work of a master of room set-up.

I was looking forward to visiting Philadelphia–I lived there 30 years ago and haven’t been there since I moved away in 1990. (Yes, I had a cheesesteak after this event. Duh.) Scot Hull and I had dinner with Doug White on the last night of High End 2019 in Munich, and I mentioned something about the three of us needing to do more together since we all lived relatively close to one another. Doug said, “Well, now that you mention it…”

That’s how I wound up at Doug’s Vertere Acoustics event on June 1 at the Hampton Inn in Plymouth Meeting, PA, about four miles from where I lived thirty years ago. 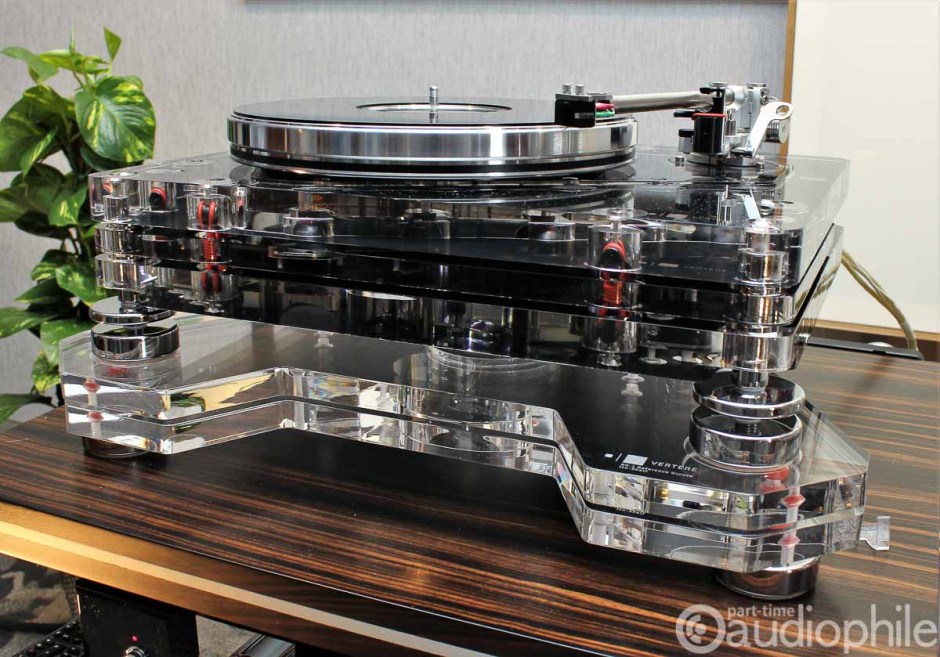 Yes, this was one of those audiophile gatherings in a hotel conference room just like I used to do back when I was a distributor, but the similarities ended there. The Voice That Is! is one of those high end audio dealerships doing all the right things, especially when it comes to supporting both manufacturers and customers. Doug represents some of the finest manufacturers in the world–he is known for being the premier US dealer for the incredible Tidal Audio loudspeakers and amplifiers from Germany. Tidal definitely had a presence here at the Hampton Inn, since Doug was using the Tidal Contriva louspeakers ($65,000/pair in veneer finish) and the Preos preamp with DAC and phono stage ($32,900) and Impulse stereo power amp ($33,000) in the system. 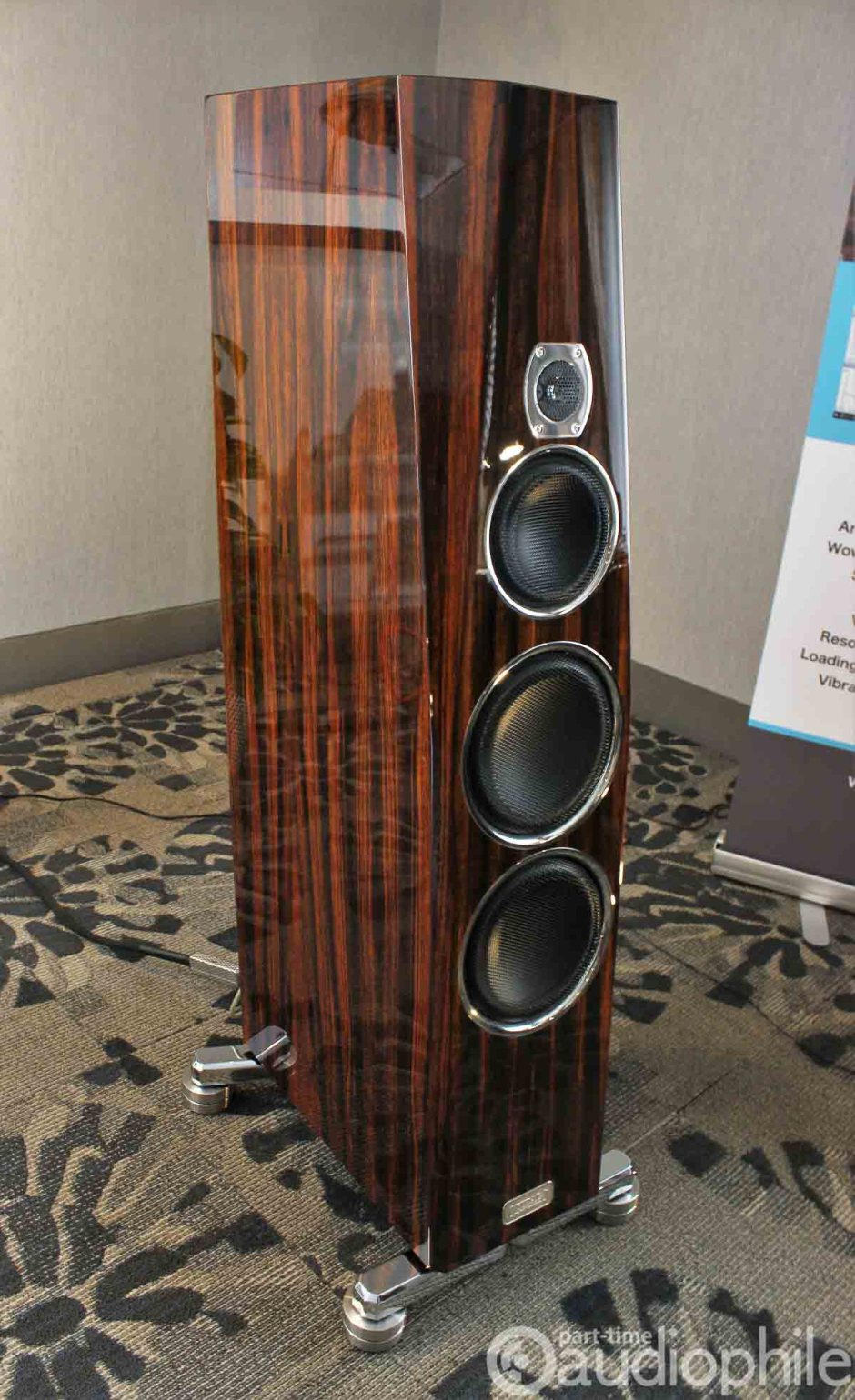 The rest of the system was from Vertere Acoustics in the UK. You aren’t familiar with Vertere? Shame on you. I guess you haven’t heard of Touraj Moghaddam? You haven’t heard of a little company called Roksan? I first heard the original Roksan Xerxes back in the early ’90s, and I’ve coveted one ever since. Vertere Acoustics is Touraj’s relatively new company which focuses on record players, arms, cartridges, cables, a phono stage and even recordings. He currently offers four turntables–the Reference Groove (RG-1), the Super Groove (SG-1), the Magic Groove (MG-1) and the brand new Dynamic Groove (DG-1), which is a plug-and-play system that costs just $3995 complete with arm and DFi cable. Touraj brought all but the SG-1 to The Voice That Is! event, and he had both the RG-1 ($34,400 clear, $37,600 in black, RG-1 tonearm with cable $44,800) and the MG-1 ($11,995 clear, $12,495 black, with SG-2 tonearm included) hooked up with identical Vertere cartridges (price TBA)  so that we could compare the two platforms in the system.

Another interesting choice was the use of Vertere’s Phono-1 MM/MF phono stage, which retails for a mere $1750. While the Tidal Preos contains a very impressive phono stage, both Doug and Touraj wanted to show off the Phono-1’s capabilities, even with a daunting system such as this. The equipment on the left side was perched on the beautiful and sturdy Ictra Design Proto AS racks from Germany, which TVTI is now exclusively carrying in the US. (The equipment on the right side sat on a rack from Stillpoints.) “I found the product at High End in Munich a few weeks ago and was really lucky to be able to show that unit for the event,” Doug explained. “I just picked it at the airport freight terminal on Thursday late afternoon. Friday was the first time it was unpacked and setup.” 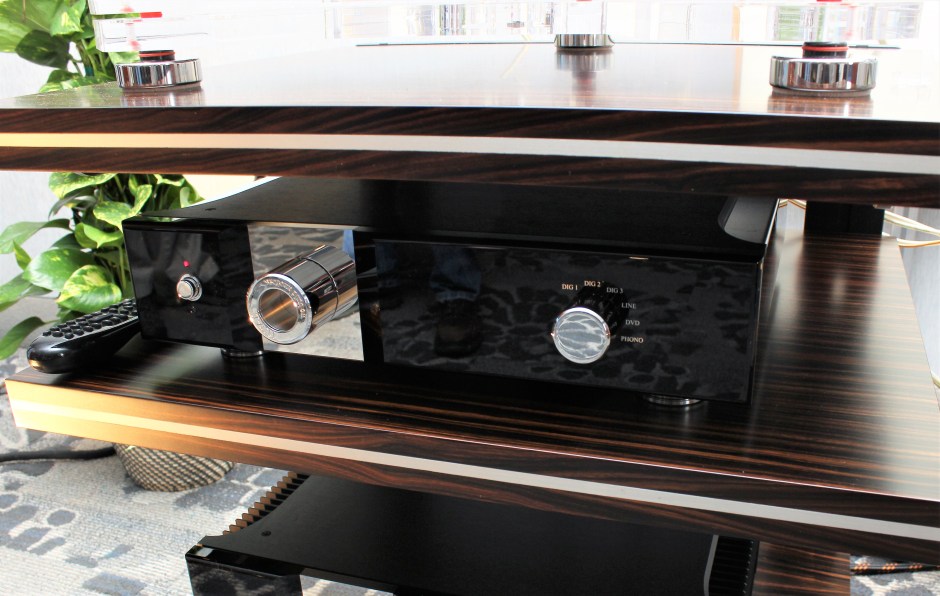 Touraj also spent considerable time demonstrating the Vertere Pulse-HB cables while describing his approach for the design–in addition to preserving the signal and the entire frequency range, his cables are also designed to minimize outside interference to further isolate the signal from noise. By swapping cables within the system, he was able to demonstrate this in a very audible way. By comparing the RG-1 and the MG-1, Touraj also showed how the bigger ‘table brought the sound closer to the listener, revealing more inner detail. While the RG-1 certainly qualifies as one of the best analog rigs I’ve heard, and at nearly six figures it should, I was just as impressed by the Magic Groove’s ability to preserve much of the character of the RG-1 for a small fraction of the price. 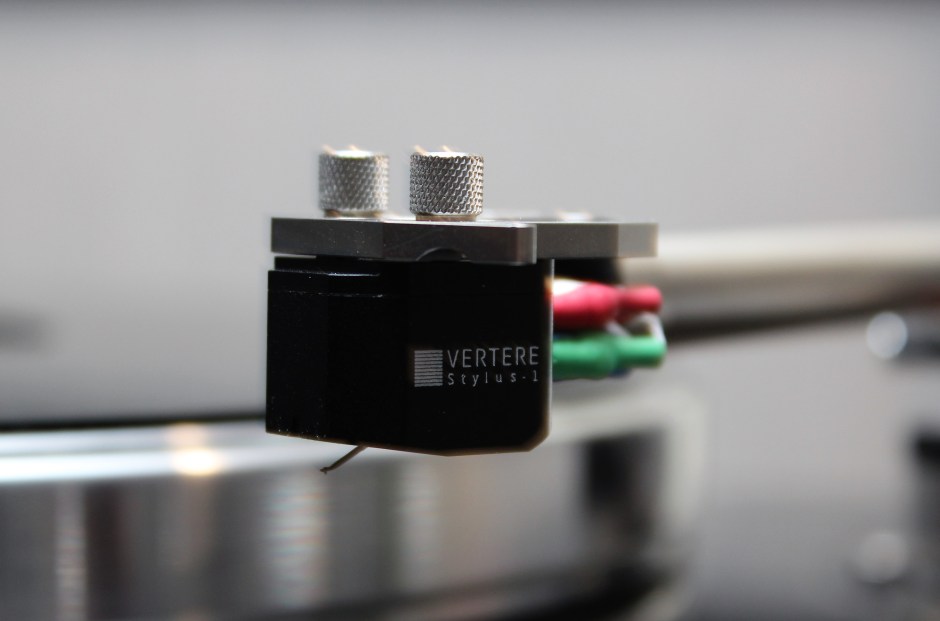 Finally, our very own Richard H. Mak was there to discuss his AnalogMagik hardware–which is currently the most thorough and comprehensive way to set-up your cartridge for optimal performance. AnalogMagik contains the testing software that measures VTA, anti-skating, azimuth, VTF, loading, gain, speed, wow and flutter and even resonances and vibration. It includes several test LPs and retails for $750, which is a bargain when you consider the results. Rick did a masterful job of describing how he developed and improved AnalogMagik so that it would be the absolute best alignment tool on the market, along with the AS Smartractor ($699), and he used language that was both clear to audiophiles and thorough enough for those with technical backgrounds. This is at the vanguard of proper analog set-up, and I need to buy both AnalogMagik and the AS Smartractor ASAP. (The Voice That Is! is a dealer for both products.)

This was an unusually rewarding afternoon as far as dealer events go–I learned quite a lot. None of this would have been possible without the hard work and dedication of Doug and his wife Celeste, and our longtime friend Norm Steinke of Rutherford Audio, who treated me to the best steak I’ve ever had (at Fleming’s). Doug is holding another event on June 22 and 23 featuring John Marks, Bricasti Design and Zesto Audio, which I hope to attend as well. For more information, check out the website for The Voice That Is!

I did my best to make the Newport Beach show a hi-fi destination where I sought out systems and manufacturers that I hadn’t spent time with previously, and whose set-ups were comprised of digital sources […]

AXPONA 2016: The Voice That Is presents TIDAL, Bricasti, Aurender

In terms of raw sex appeal, an early winner from AXPONA featured a full set of electronics and loudspeakers from TIDAL Audio out of Germany. Pools of liquid ink have been captured and somehow suspended […]

Weiss Engineering, The Voice That Is! | AXPONA 2019

CHICAGO (PTA) — If you are a mastering engineer or have recorded an album in a world-class studio within the last thirty-five years, you are likely quite familiar with the work of Daniel Weiss. If […]